In the most recent Night City Wire (which to my eyes seemed a pretty obvious attempt to reassure everyone that the current gen console builds work totally fine, pls don't cancel your Xbox preorders) showed large chunks of a mission called Automatic Love. It's the most recent peek at the game in action that we've seen, ahead of the delayed launch on December 10th and another Night City Wire tonight.

There were a lot of fun details revealed by that footage. But there is one, small and basically inconsequential, that I cannot stop fixating on.

In a few bits of the combat you can see V's nails. Here's one of their left hand when the are reloading their shotgun during a firefight: 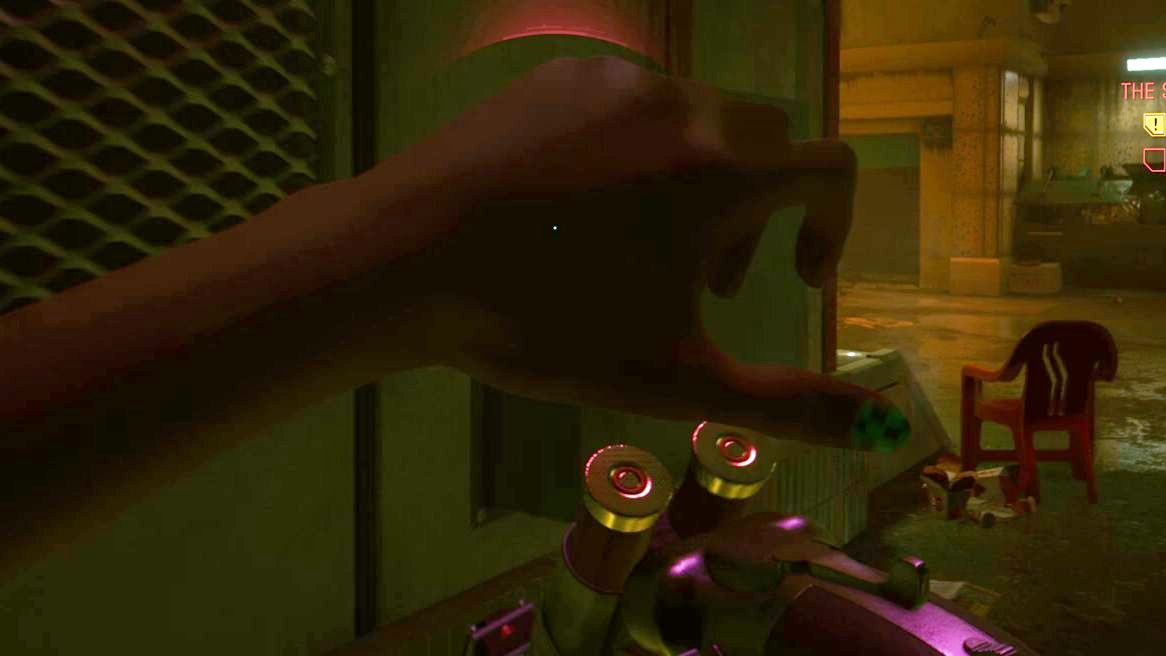 Here's a much clearer one from earlier in the footage, where they are also in the middle of the fight but have just brutally stabbed someone and are carrying their sword in readiness for another stabbin': 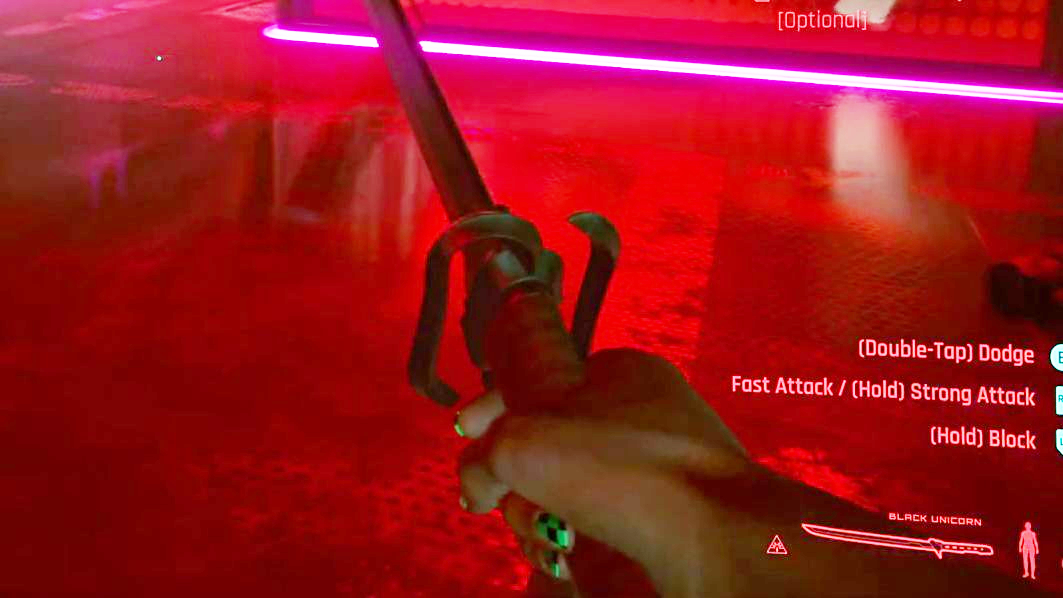 (I specially ruined both of those images to make them brighter, so the nails are more visible.)

As you can see, this version of V has black and green - possibly even neon green checked nails. According to a post on a German Facebook page, character customisation will let us change V's teeth and even the length of their nails. It seems clear that we'll be able to get manicures as well, though, because those nails are not default nails. Those nails are a definite choice.

But now I'm like, do we have to go to a salon to get our nails done? Or will there be weird vending machines that you stick your hands in to get a new set of gels? How many different options are there actually going to be for your nail colour? Can you change the shape as well? Could I get the strange and slightly upsetting duck nails if I wanted to? Are nail options alone worth the longer development time and crunch??

Also, that's quite a high-end look for all the intense combat situations V ends up in, so, like, are the nails going to chip and break over time? Because if not, 0/10 for realism, I'm afraid. Are fingernails to Cyberpunk 2077 as a horse's ballsack was to Red Dead Redemption 2? Is that where we are? What even is my life any more? 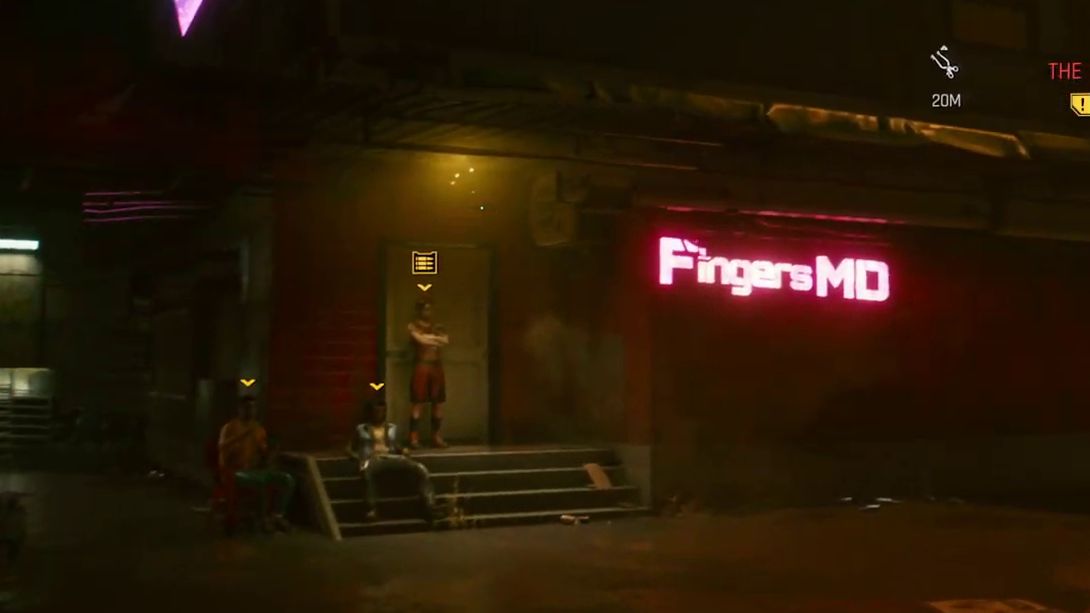 Like I said, V's nails are occupying me more than any other thing in that footage, even though there are actually a lot of things in there that are interesting and/or hilarious. For example, a shady backstreet cybernetic surgeon advertising with a big neon sign saying 'Fingers MD'. That is amazing. It's the opposite of "Please, call me Fingers. Dr Fingers was my father." Naw, Fingers went through seven years of medical school, and dammit, people should know that! (I do not think Fingers has been to medical school).

At one point it looked like an enemy got something along the lines of a Fear status effect, from V killing people and wounding him so efficiently, so I am intrigued about what other combat effects could end up in play. I also liked seeing other cars on the road subtly move out of V's way, presumably because they can see that awful car coming a mile off and know that it can only be driven by a disaster of a human being. Just like how people treat Audis in real life!

Plus, at one point you had an optional mission objective to call someone, which suggests you might get a phone like in GTA. Actually, the whole thing sort of had a GTA vibe.

I think Cyberpunk might actually just be futuristic GTA.