I haven’t seen the film The Dark Crystal. Until today, in fact, I didn’t know that was where this little screamy furball thing was from. And until the TV series based on it came out last year, I'd never really heard anyone talk about it. But apparently it was part of the standard films made in the 80s to permanently disturb the minds of children, and everyone just swore a pact never to mention it in front of me until that point.

So, I don't really know what to make of The Dark Crystal: Age of Resistance Tactics. Who is it for? Are people really invested in these creepy melty-faced elf things, or the obviously evil mutant vulture men? Are there people out there who already knew that the Drenchen Clan are immune to poison, or is that new? Are the podlings an oppressed underclass or just weird joke people who Gelflings sometimes like to, uh, forcibly bathe?

And why is this kinda middling game growing on me? 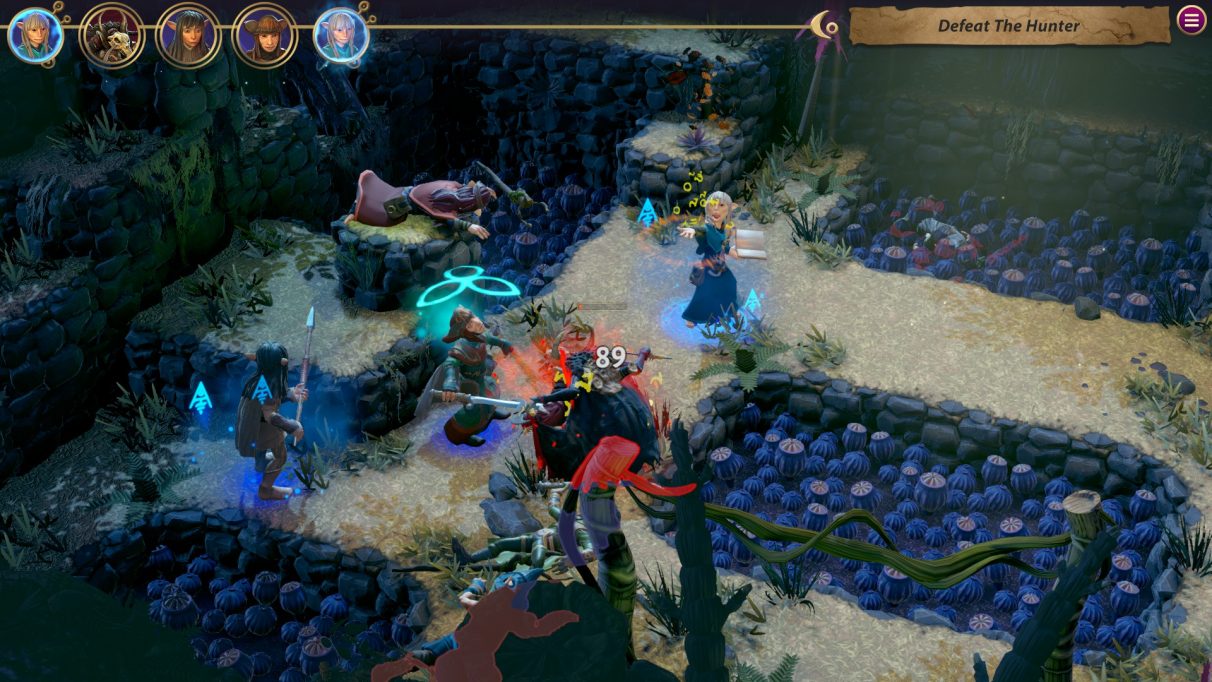 The plot is the fantasy game plot. You know the one. The evil Skeksis are the evilly evil rulers of the world, and you control a disparate group of Gelflings - sort of hobbity-woodsy-elf-people - as they come together to overthrow their oppressors. Obviously there are details beyond that: someone gave their life for a thing, and someone else is avenging their dad, I think? One of your characters is researching the magical reason for the terrible powers of the Skeksis, what they're doing to the Crystal of Whatever, and how only the Orbs of Stuff can undo the Badness.

It's fine. It's honestly alright, and if you have a stake in the setting, it might carry a little weight. It seems to follow the same plot as the series, so it's probably assuming you watched it, and cared enough about it to look the game up. It doesn't tell the story all that well, or do much to drum up sympathy or intrigue of its own. But then it doesn't demand or assume you care either, or let the story get in the way of actually playing.

It stands or falls, then, on its turn based tactical RPG fighty bits. Which are solid enough for it to walk, at least.

Your characters are all preset, and new people are added to your team automatically after winning certain story fights. Each character has a clan or functional equivalent, which gives them certain bonuses (e.g. immunity to blinding attacks, a 10% bonus power to special items, or more powerful magic when they're wounded), and a job that works like a character class. As they level, they can switch their primary job to a more niche one along an upgrade path - a 'mender' could become a dedicated healer, or a more aggressive magic user, say - and pick up a secondary job as well. This takes a fair few levels, but makes for a more interesting system than I'd expected. 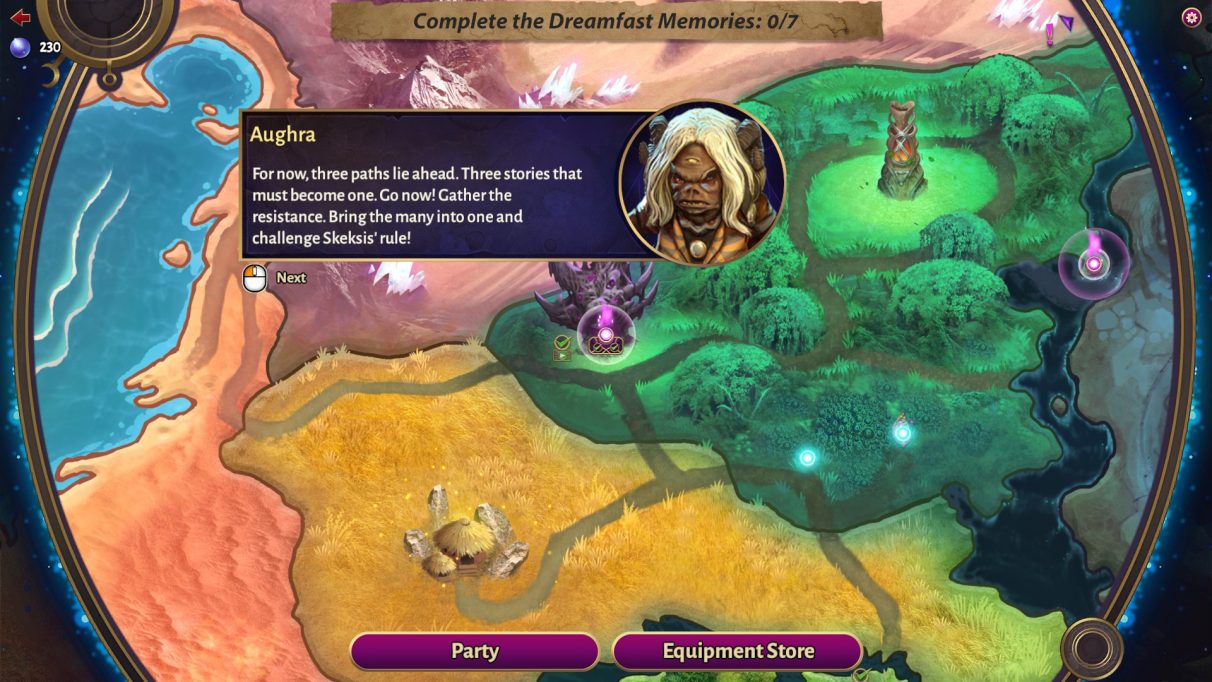 Acquiring a second job adds that job's abilities to your existing ones. For each job, you can pick and choose which 3-5 abilities to take to a fight from a longer list. So, even if your two scouts choose 'soldier' as their second job, they could both pick completely different skills, and switch them around as needed between fights. It's a really easy system that offers a lot of flexibility, and minimal frustration.

It was tempting to dismiss Age of Resistance as very basic at first. Its chunky icons, budget fonts, and frontloading of the only frustrating fight I've encountered so far, didn't exactly give a strong first impression. And it's by no means a particularly deep or captivating tactical game. But it's a bit complex, and a bit challenging, and a bit engaging once your people have gone up a few levels.

And that's not hard to do. Firstly, because nobody can die (aside from in story cut scenes, which have not yet deprived me of a party character). Secondly, because fights are short and small-scale enough that repeating a close one isn't asking much. and thirdly, because there are a couple of levels where you can repeat random fights, in order to grind a bit when it starts to feel every fifth fight or so is slightly beyond your team. Oh, and you can undo a move order each fight for free. 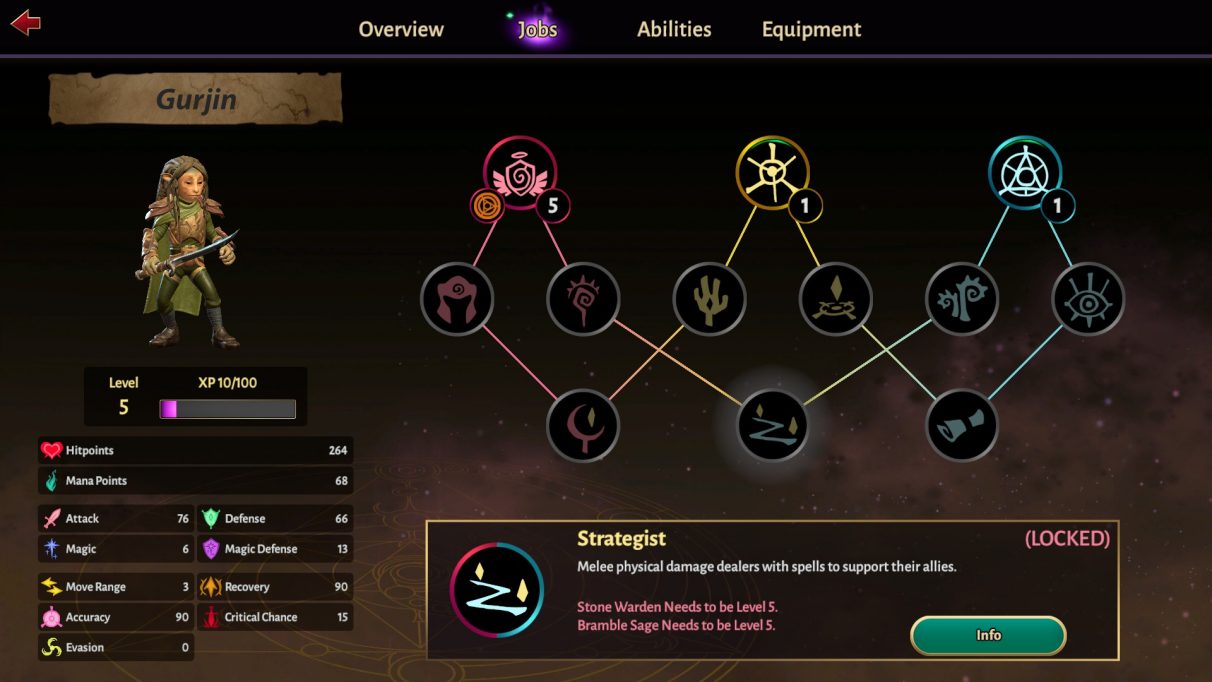 There's a tiny bit too much clicking, but it's acceptable. The music is far too over the top and I soon muted it, and the sound in general is weak. One infrequent sound effect is the Xbox 360 menu sound and it's oddly distracting. But I... I kind of like this. It's grown on me. Not enough to recommend it unprompted, perhaps, but from what I've played so far, Dark Crystal is a pretty decent wee thing.