Morning Apeleggers. Can you sense that? Something in the air? It's got a bite to it. As colder seasons approach our feeble human bodies, a puddle of evidence suggests the chill is also about to hit Apex Legends. Some say it heralds an entirely new map, on the far flung reaches of a new planet called Psamathe. More cautious folk, myself included, just reckon it's going to snow a bit.

Nothing about maps has been announced for the third season, due to start October 1st, but we didn't get any concrete news of Season 2's map changes until dragons and hackers had already ripped the place apart. Come on, let's go scrutinise some game files.

Reddit user "FrozenFroh" has put together a handy image, not at all resembling a conspiracy theory collage. 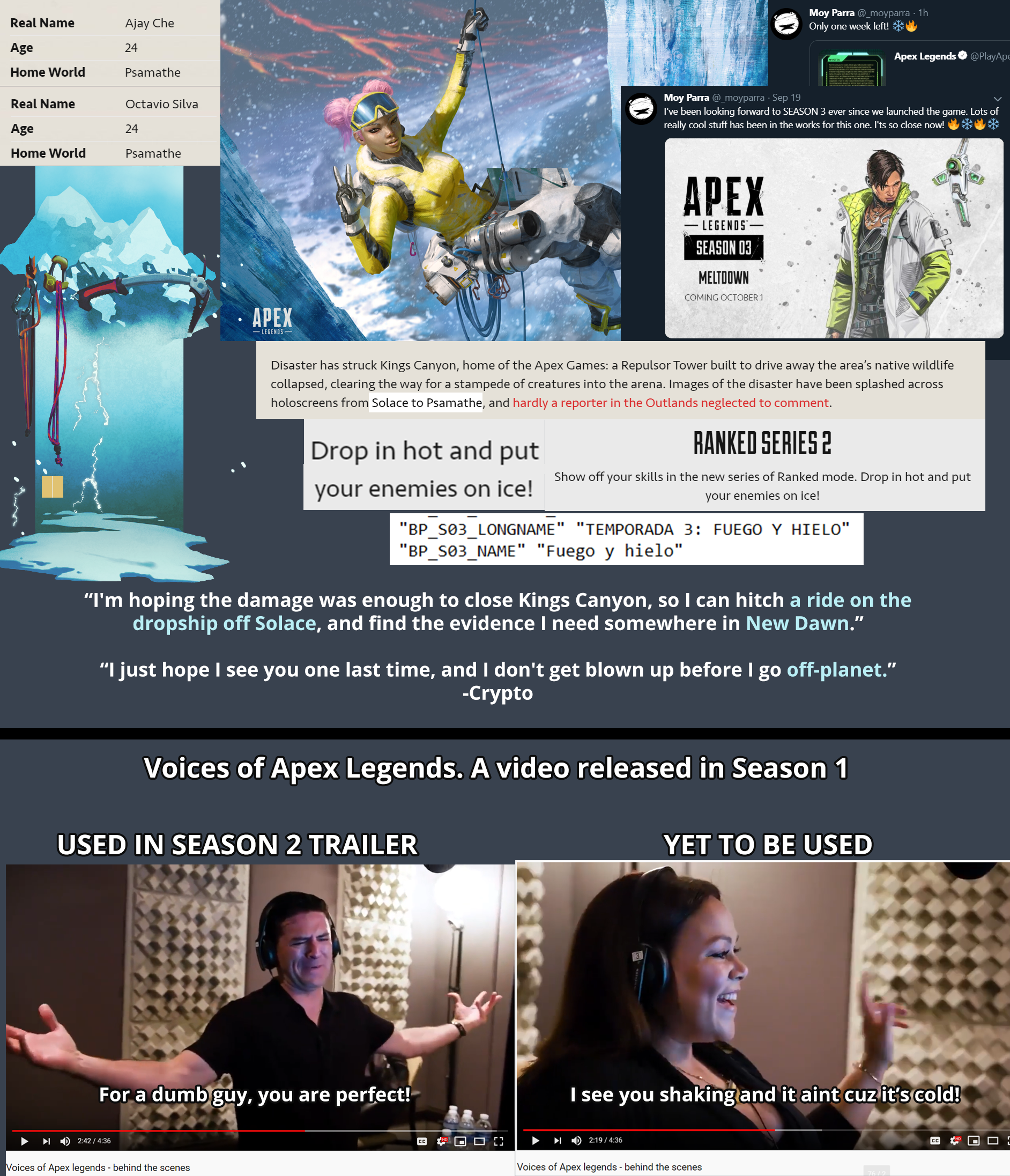 Among these red strings there is one piece of actual convincing evidence: "Temporada 3: Fuego Y Hielo" translates to "Season 3: Fire and Ice".

I'd love to be wrong, but I think Psamathe is a reach. The examples concerning it just strike me as regular old world-building, cherry picked to support a conclusion people want to believe after bumsliding about Kings Canyon for eight months. I suspect developers Respawn can get almost as much buzz for a fraction of the effort by making changes to the existing map. I'll prove that by buzzing about it right now.

A snowy version of Kings Canyon would be grand! You could have tighter, snowed-up canyons, impassable bunkers, numerous igloos. It would be tragic and I can't believe I'm saying this, but freeze the big dinos. Let us scramble around on their dead, ice-ridden backs. The fire part of that game file also suggests, to me, some huge and improbable geological upheaval. I want snowy mountains that turn into erupting mid-game volcanoes.

I've bumslid around Kings Canyon for too long without erupting mid-game volcanoes. Bring on Oct 1st.