A few hours into Immortals Fenyx Rising, you're likely to come across a pair of puzzles relating to cabbages. Specifically, placing the correct cabbages on pedestals in order to open doors. Yeah, it's a thing. If you're a little confused about where to find the right cabbages, then you've come to the right place! This quick guide will walk you through how to solve both cabbage puzzles in Immortals Fenyx Rising.

How to solve the first cabbage puzzle in Immortals Fenyx Rising

The first cabbage puzzle you'll come across in Immortals Fenyx Rising is required to unlock an area next to an Epic Chest. Below is its exact location on the map: 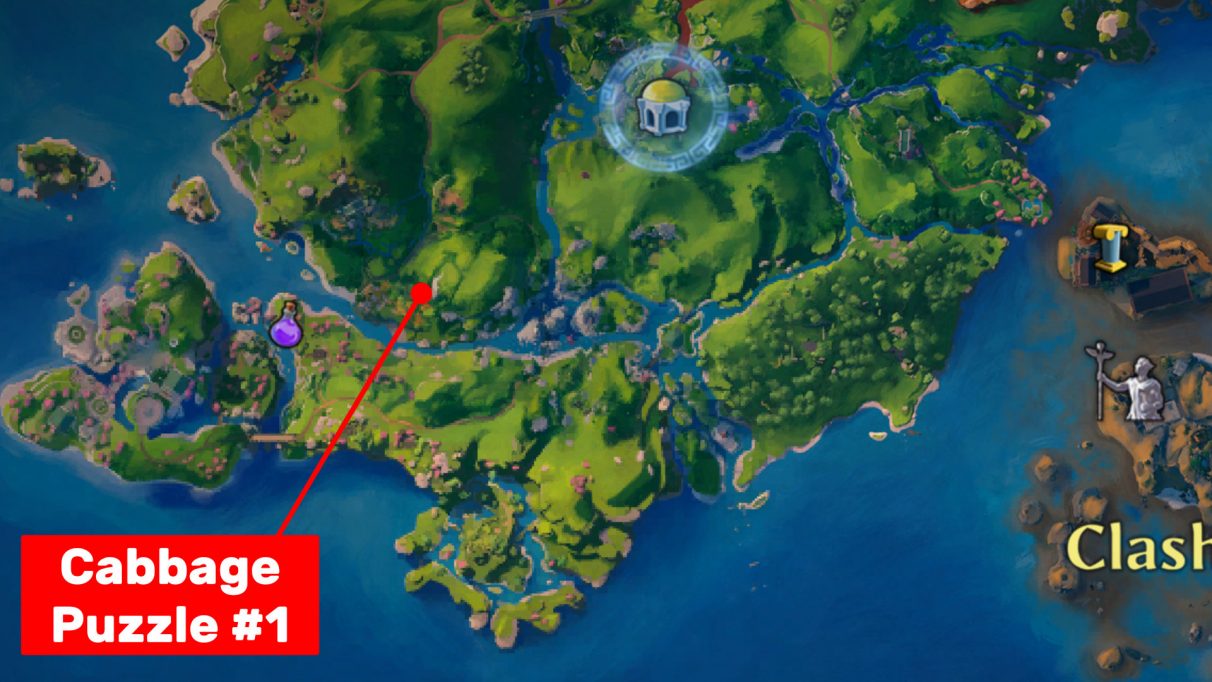 The area is guarded by a few soldiers and gorgons, so after dispatching them look around for a big statue. Around a statue you'll find three pedestals. The left and right ones are occupied by fresh cabbages, but the central one is empty, and none of the nearby cabbages are fresh enough to solve the puzzle. So where do you find the right cabbage?

The right cabbage can be found in the ruins nearby, to the west of the puzzle. Just drop down to where all those pillars are, and you'll find another statue with a fresh cabbage and a pedestal in front of it. This cabbage is much greener than the rest, so you'll know it's the right one. Pick up this cabbage, run along back to the initial statue, pop it down on the central pedestal, and the forcefields behind the statue will open.

One thing worth noting: you can get in to the main area where the Epic Chest resides without completing the cabbage puzzle. There's a weak wall around the left-hand side, blocked by boulders. Remove the boulders and break down the wall, and you'll be able to open the Epic Chest.

However, the cabbage puzzle will open a side-passage containing lots of Pomegranates, Blue Mushrooms, and Figs for your potions. Which is good, I guess.

How to solve the second cabbage puzzle

The above cabbage puzzle serves as a little precursor to the main cabbage puzzle which forms part of the main quest A Crying Shame, where you're tasked with collecting Aphrodite's tears. One of the tears is in a vault that can only be accessed by completing another puzzle involving placing cabbages on pedestals. Follow the quest marker and you'll be brought to the location below:

This one is easier than the first puzzle, because all the cabbages you need are close at hand. Climb the left-hand cliff face at the entrance to this puzzle, and you'll find a little cottage at the top. In the garden you'll find six fresh cabbages. Carry as many as you need down to the puzzle area and place them on the empty pedestals to deactivate the forcefield before you.