It makes an excellent first impression, but it doesn’t have many opportunities to make a second one. While Imperator is due out in 2019, the build I got to see is still so early on that, were I to get a glimpse of any other corner of the map, I’d only see barren wastelands waiting for the touch of an artist. 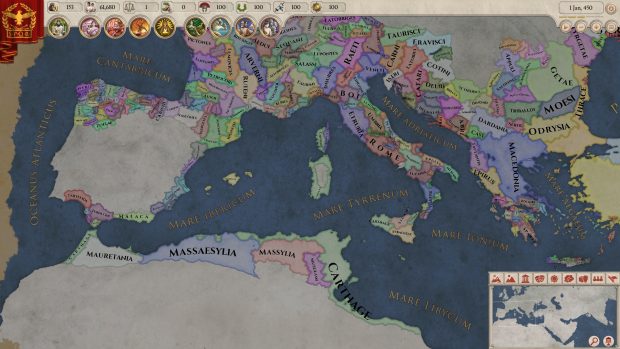 There are a lot of literal wastelands, too -- places not exactly ripe for human occupation, and vast swathes of terra incognita that may, eventually, be settled. It's a world waiting to be filled in or, as creative director Johan Andersson puts it, “painted in your colours”. Covering the Republic era up to the foundation of the Roman Empire, Imperator’s version of the ancient world -- with its 7,000 cities and over 400 playable nations -- is one ripe for conquest.

Though it has shed the name, Imperator is still a sequel to Europa Universalis: Rome, where nations are the focus, rather than dynasties. Instead of playing individuals across a bloodline, as you would in Crusader Kings, you'll be taking command of city states, kingdoms and empires. In the south and east are superpowers and the legacies of Alexander, in the north there are countless squabbling tribes and then right in the middle of it all is the ambitious but initially weak Roman Republic.

“Countries not characters is my design philosophy,” says Andersson. “Henrik [Fåhraeus, Crusader Kings 2 game director] is more into characters.” That's not to say that everything is abstracted or absent that human touch, however. These countries are still full of senators, generals, clan chiefs and various factions with special interests. While your end goal might be taking over as much of the world as you can, there’s still a lot of people management to do, whether that's picking the best candidate for a governor position or dealing with your population of citizens and ethnic minorities. 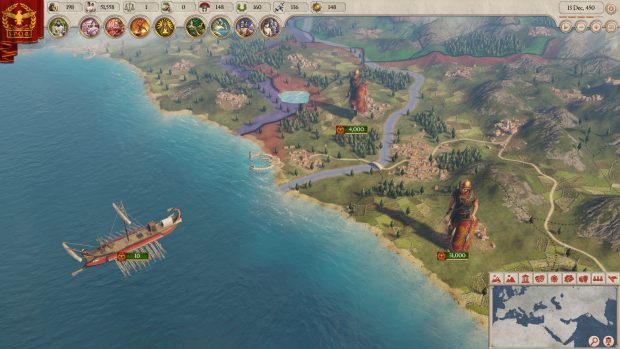 You can pander to them individually, giving them good jobs and treating them well, or by faction, supporting the military or religious groups. If you’re not a fan of pandering to your people, however, Andersson assures me that you’ll still be free to be a nasty piece of work, in part measured by your tyranny meter.

“It shows how much you’ve been crucifying people, sacrificing infants, and imprisoning people on false charges and other such fun things,” explains Andersson. “Basically how much of an arsehole you are. For some reason it always goes high when I play."

Andersson fires up the the population screen for Rome, showing off the different kinds of pops. There are four kinds in Imperator: citizens, freedmen, tribesmen and slaves. Each pop type produces something different. Citizens produce commerce and research, for instance, while freedmen provide the manpower you’ll need for your armies. But individual pops also come with their own cultures, religions and personal happiness level. One of the pops in Rome is unhappier than the rest because they’re not Roman citizens, but thankfully Rome is also drowning in wine, keeping everyone too drunk to be really unhappy.

Wine is one of many trade goods that can potentially make you rich, but just as importantly can be used to influence your pops or enhance your country. So while wine keeps people in good spirits, papyrus increases research speed and elephants allow you to field intimidating war elephants in battle. Different provinces will have different trade goods, but you can increase their production by putting more people to work, or you can start importing what you need. When you’ve got a surplus, that’s when you can start setting up trade routes, fattening up your purse.

Of course, if you’ve got your eye on some lovely trade goods from a foreign land, you could always take the more direct approach, raising an army and conquering the province in question. Imperator has increased the variety of units from three to nine, and each comes with their own tactics and wrinkles. The military traditions of the country in question also have an impact. The Roman war machine can build extra roads, for instance, letting them expand more efficiently if they’re willing to swallow the cost.

As is typical of Paradox titles, Imperator embraces imbalance. Everyone starts off in their own unique position, and the playing field is anything but level. That doesn’t mean you shouldn’t have ridiculous ambitions, though. If you want to create an Iceni empire that spans all of Europe, then you can absolutely try that. 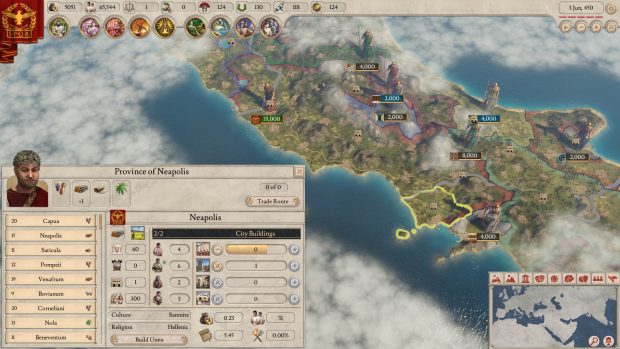 “A lot of the starts are extremely hard,” says Andersson, “but because people conquered the world as Cree in Europa Universalis 4, I wouldn’t be surprised to see them do the same with the Iceni.” It won’t be for everyone, though. “I don’t think I’m a bad EU4 player, but even I can’t do some of the things they can.”

While Imperator eschews parity between nations, there are still some things that smaller powers can do to get a leg up on their larger neighbours. Defensive leagues in particular sound like they’ll be imperative for city states and tribes dealing with foreign aggression, allowing them to band together in a massive alliance. It’s an ability exclusive to them, giving them the opportunity to stand up to powerful adversaries, even if that means siding with other foes.

“If you attack someone in a defensive league, you automatically go to war with everyone,” Andersson explains. “The idea is that you’re allowed to fight internally as much as you want, but when someone from the outside comes in, you close ranks and fight together. 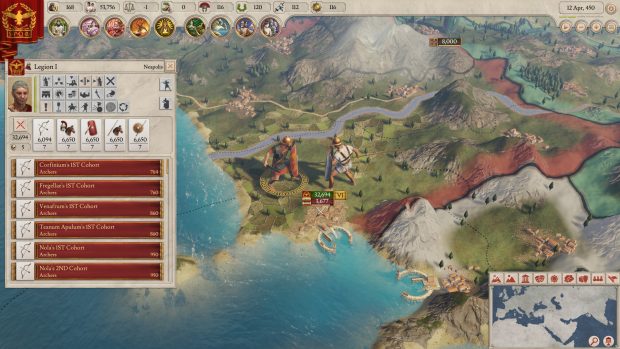 Imperator is another chance for Paradox to get things right. With Europa Universalis: Rome, Andersson was full of ideas, but many of them got cut after the development cycle was greatly reduced.

“With the original EU: Rome, in the middle of it, half of Paradox Development Studio basically left the company, for various reasons,” Andersson recalls. At one point, the team was just four people. “We were like, now it’s one year left on an 18 month cycle, let’s make a great, unique game. The then current CEO said no and told us to cut six months off the development cycle. So we never really managed to do our great big Rome game.” 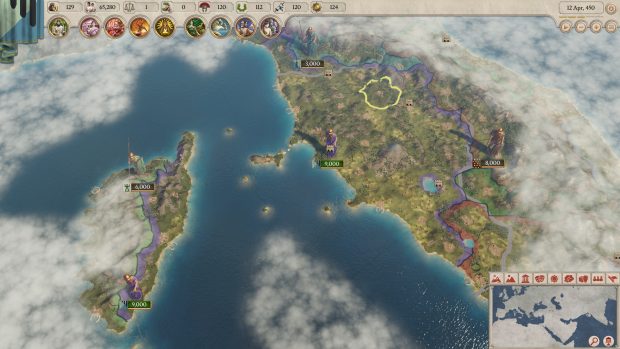 Imperator isn’t necessarily the game Andersson wanted to make back then, however. “I like to think I’ve learned a few things since then that will make it a bit better.” Certainly, if you compare the first Rome to Europa Universalis 4, you can see how Paradox’s development style has evolved and improved. Yet… I do wonder if some bad habits are returning.

It seems too early to be showing the game off, and it’s hard to get a clear idea of what Imperator is -- yeah, it’s a grand strategy game, but I’m yet to see the glue or hook that holds it all together. The little I have seen is still promising, mind, and the changes to the military side of things should definitely pique the interest of warmongers.