This little piggy went to market. This little piggy went home. And this little piggy ate up poor sods who'd upset the mob bosses in the big city. In Mischief's upcoming thriller Adios, these are your pigs and this is your job - until one day, you decide you've had enough. A new trailer for the small-town story spends a day with the farmer and his mafioso friend, as they work out whether they'll both be alive by the end of the day.

Making its debut all the way back at Microsoft's ID@Xbox show in April, Adios has uprooted a new trailer and Steam page this week.

Adios kicks off with an absolute stonker of a premise. After years of letting the mob feed bodies to your pigs, you've had enough. When the latest delivery arrives, you muster up the courage to tell your pal, an assassin, that you're out. Then, you play out the rest of the day - performing yardwork and chores with the man as he tries to convince you to stick around.

You'll feed the pigs. You'll look at vintage cars. Wander around a small, midwestern town and visit the tree where you'd planned on spending eternity with your wife. And then, you'll decide whether you're out for good, and your friend will decide whether to put a bullet in your gut. Bloody hell. 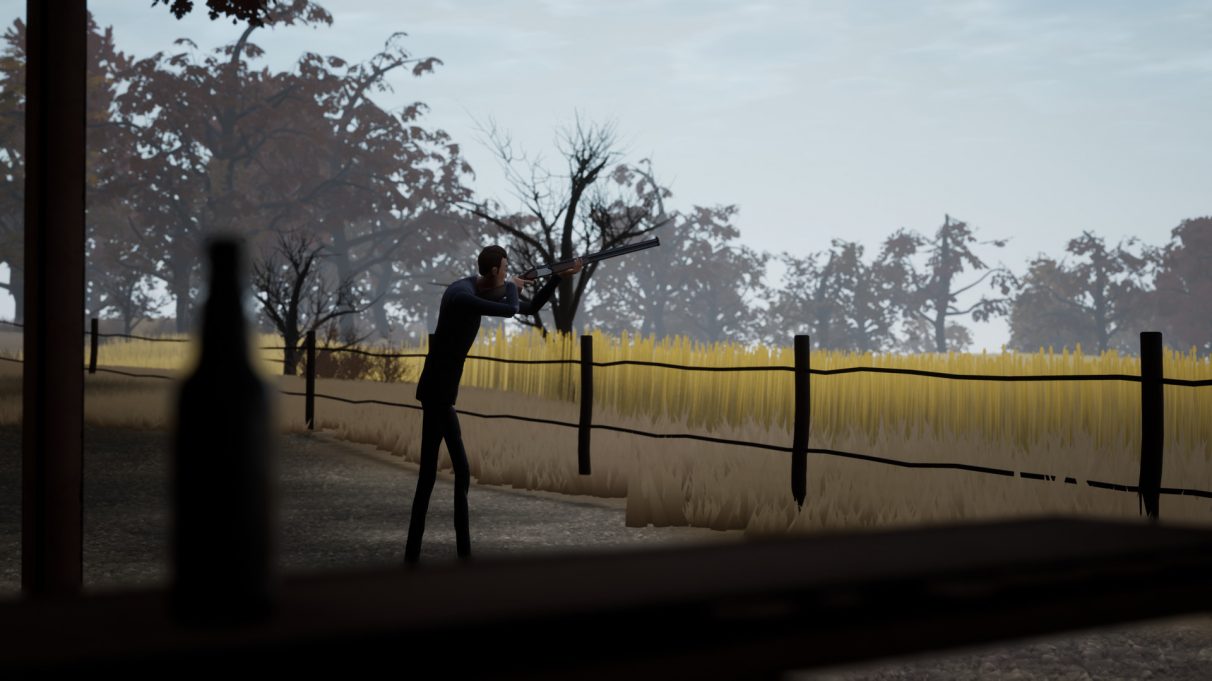 It's less surprising when you look at the names involved, mind. Adios is being headed up by Doc Burford, shotgun enthusiast and one of the developers of Paratopic. Adios may not be as vertex-shiftingly twisted as his last piece, it looks just as unsettlingly tense, intimately concerned with forgotten people in nowhere places.

"It kept me on edge," Alice O wrote on Paratopic's release back in 2018. "I was never quite sure what I might need to do, what I could do, or what could be done to me. Sure, I relax a little while talking with the petrol station attendant about weird local landmarks and disasters, but I never know if I’m safe even in the confines of a chat menu. And does it matter that I’m twisting out a cigarette (a detail I did enjoy)? Is this door a puzzle? Are the photos I’m snapping significant? I dig that uncertainty."

Adios is "coming soon" to Steam.

Disclosure: Turns out, occasional RPS contributor and my one-time game dev partner Xalavier Nelson Jr is involved in the production of Adios. Of course he is.