If you click on a link and make a purchase we may receive a small commission. Read our editorial policy.
Intel Core i5-10600K review
The Core i5-10600K is an absolute bruiser of a gaming CPU that really puts its money where its mouth is, with superb performance across the board that even beats Intel's existing Core i7 CPUs.

In short, yes. Absolutely. While its spec bump may seem modest compared to the improvements seen over in Intel's flagship Comet Lake CPU, the Core i9-10900K, this is a substantial step up in terms of overall performance. As you'll soon see from my benchmarks below, the Intel Core i5-10600K is an astonishing accomplishment for a mid-range gaming CPU, as it either matches or surpasses Intel's Core i7-9700K in practically every benchmark going, and flat out rinses AMD's Ryzen 7 3700X when it comes to gaming - both of which are currently my top CPU picks in my best gaming CPU rankings. It's a huge step up from the quad-core Ryzen 3 3300X, and in my eyes the numbers more than justify the hike in price. 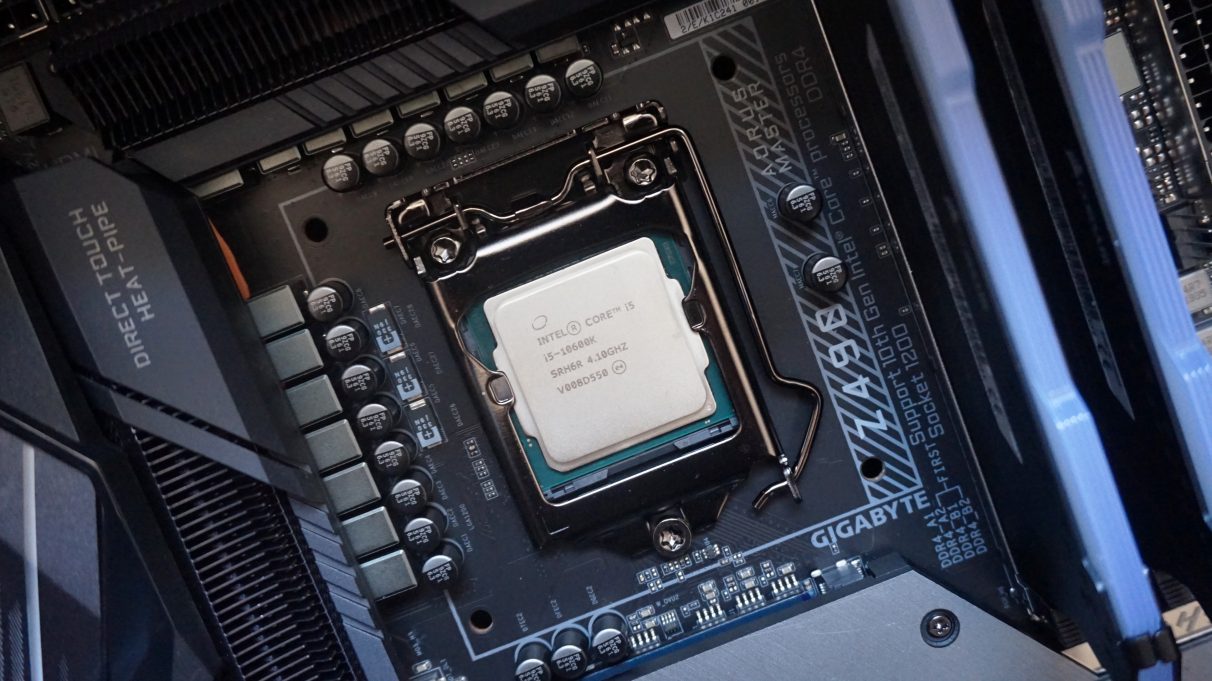 Of course, take a closer look at the Core i5-10600K's specs and it soon becomes a bit more obvious where that extra power has come from. Whereas its Coffee Lake predecessor had a thermal design point (or TDP) of 95W, the i5-10600K pushes that all the way up to a substantial 125W TDP, putting it on the same kind of power-hungry playing field as Intel's beefy Core i9-10900K. That's kind of mad for a mid-range chip, especially when you consider AMD's Ryzen 7 3700X is still trundling along all the way down at a 65W TDP.

The rest of Intel's Core i5 Comet Lake line-up won't be quite as ravenous on the power front as its unlocked and overclockable K counterpart, thank goodness. They're all set for TDPs of 65W when they eventually come out (although when that will be even Intel won't say at the moment), so I'll be interested to see just how much of a difference it makes to their overall performance.

Still, more power isn't the only thing behind the Core i5-10600K's magical transformation, as it's also no doubt benefitting from all the other improvements brought on by Intel's new LGA1200 socket and 400-series motherboard chipset - which means, yep, you guessed it, this is yet another generation of Intel CPUs that you're going to have to buy a new motherboard for before you can get it working. You'll probably be doing this anyway if you haven't upgraded your PC in a long time, but I do feel for those of you who recently bought a new one for Intel's 8th or 9th Gen Coffee Lake chips and are now faced with the prospect of buying another motherboard yet again come your next upgrade. Compare that to AMD's ongoing support for their AM4 socket, which is compatible with all three generations of Ryzen CPU, and it feels like an even bigger kick in the teeth.

Still, motherboard quibbles aside, if it's power you're after, then the Core i5-10600K certainly delivers. I've tested it at its stock clock speeds for the purposes of this review, as Intel haven't released the final version of their new Extreme Tuning Utility tool yet for me to try any overclocking. As a result, I'll be taking a closer look at the Core i5-10600K's overclocking capabilities at a later date.

However, there are other factors that can affect your CPU's gaming performance as well, such as your graphics card, the type of RAM you’ve got and the type of storage you’ve got your games installed on. I’ve tried to mitigate these problems as much as possible by using a WD Black 3D NAND NVMe SSD for my games storage as well as today’s best graphics card, the Nvidia GeForce RTX 2080 Ti. As for my RAM, I've tested the Core i5-10600K at the Corsair Vengeance RGB Pro's default speed of 2133MHz for the sake of parity with all my other CPU benchmarks, but I've also tested it at its top 4000MHz speed to see exactly what it's capable of as well. 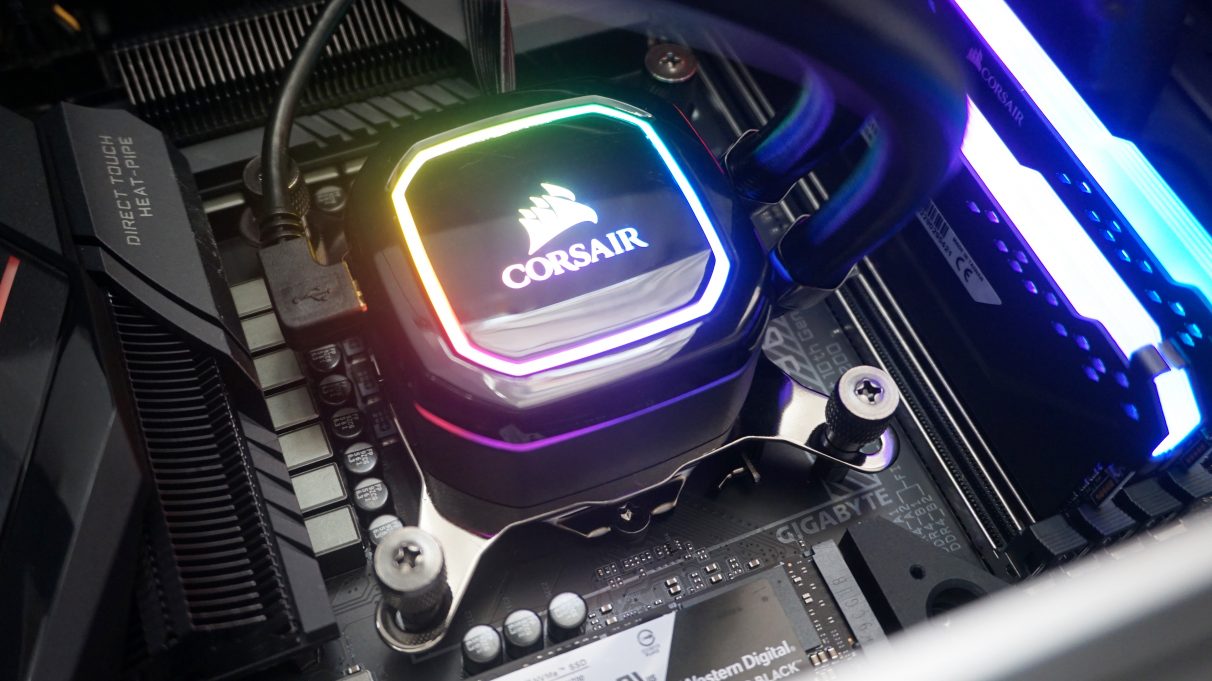 As you can see from the results, even when the Core i5-10600K is paired with a basic RAM speed of 2133MHz, it's absolutely streaks ahead of the competition at 1920x1080, going neck and neck with the Core i7-9700K in every game going (and in the case of Forza Horizon 4 even surpasses it). That's impressive for a CPU in this kind of price range, and it offers a much more compelling reason to upgrade from your existing Core i5 than its 9th Gen predecessor ever did. It also blazes past all of its AMD competition as well, save for the Ryzen 7 3700X in Assassin's Creed Odyssey, which remains (for whatever reason) the great equalizer of CPU benchmarks.

But it's not just at 1080p where the Core i5-10600K's performance chops are felt, as it also puts in an impressive showing at 2560x1440, too. As you can see from the graph below, there often isn't much to distinguish different CPUs at this resolution, as the extra burden on your GPU (even one as powerful as the RTX 2080 Ti) means you're more likely to be bound by your graphics card than CPU. Increasing your RAM speed can help squeeze a bit more performance out of your setup, but you're still only looking at a handful of frames either way. The Core i5-10600K, on the other hand, stands out immediately, offering yet another compelling reason to upgrade. 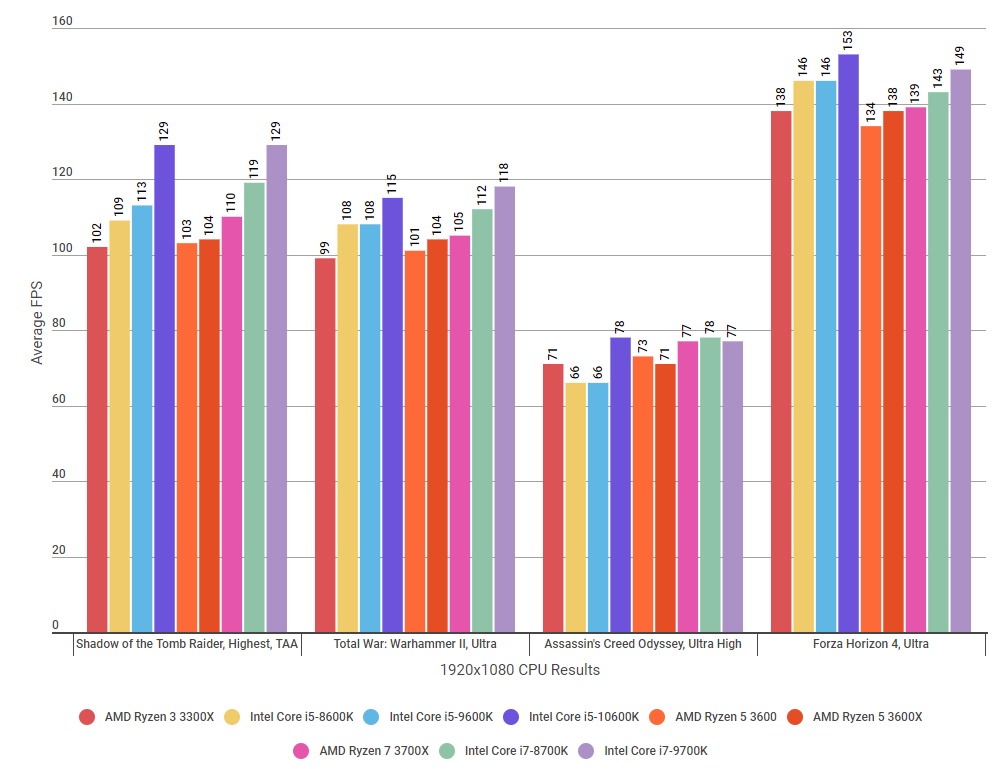 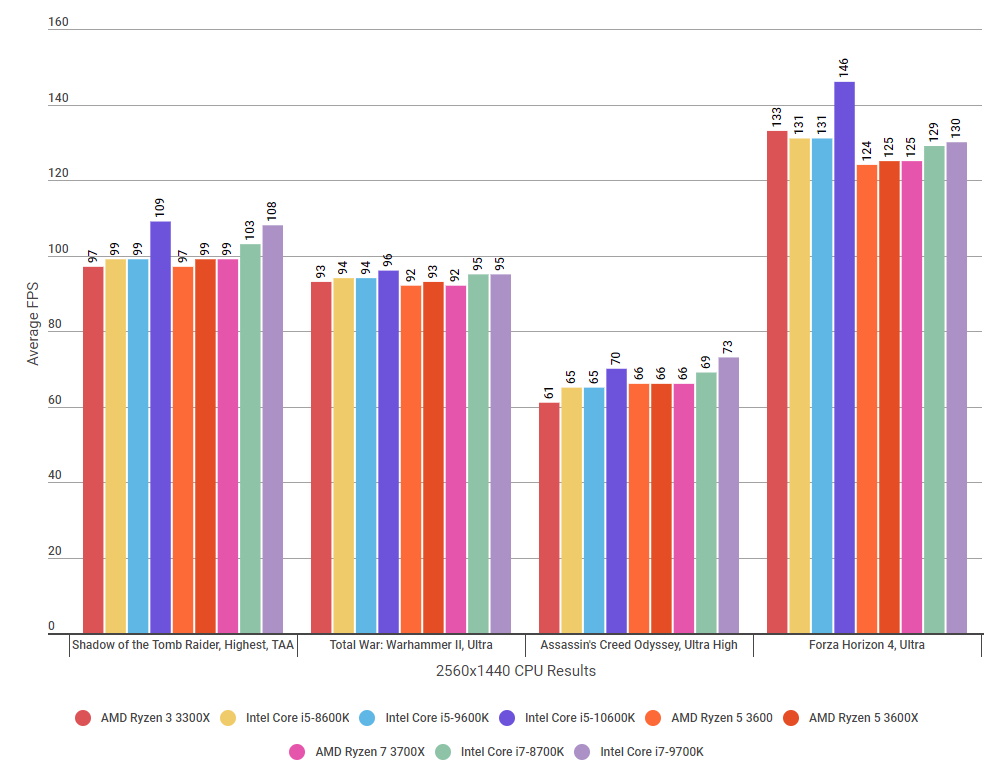 Pair it with some decent RAM speeds and those frame rates just keep climbing higher, too. When I enabled my Corsair Vengeance Pro RGB's XMP profile to run at its top speed of 4000MHz, for example, I saw rises of at least 10-15fps at 1080p (if not closer to 30fps in the case of Forza Horizon 4), and between 5-10fps at 1440p. Your mileage may vary depending on your graphics card, of course. Alas, I no longer have samples of the other CPUs to see how they fare at 4000MHz as well, so it's difficult to say how they'd compare directly. I do, however, have some 3600MHz results from when I tested the Ryzen 7 3700X, and even then the Core i5-10600K is still streaks ahead.

AMD still reign supreme when it comes to general desktop performance, although even this is in danger of being turned on its head thanks to the Core i5-10600K's extra thread count. Indeed, when I ran the Cinebench R20 benchmark, Intel's chip muscled in with a single core score of 485 and a multicore score of 3520, putting it just ahead of both its Ryzen 5 rivals. 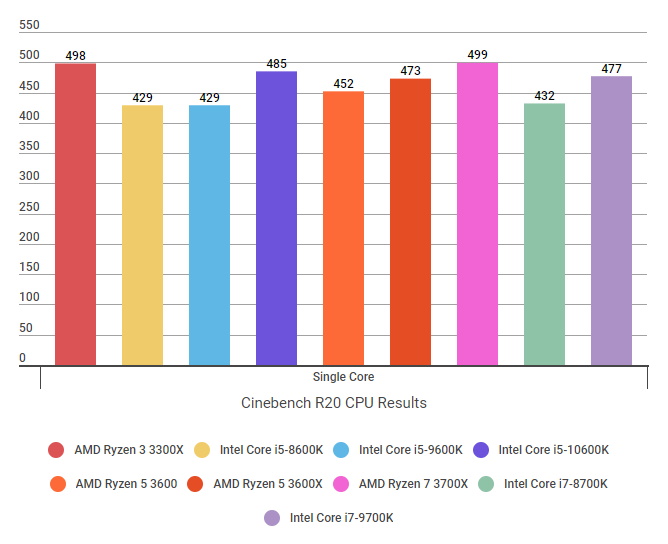 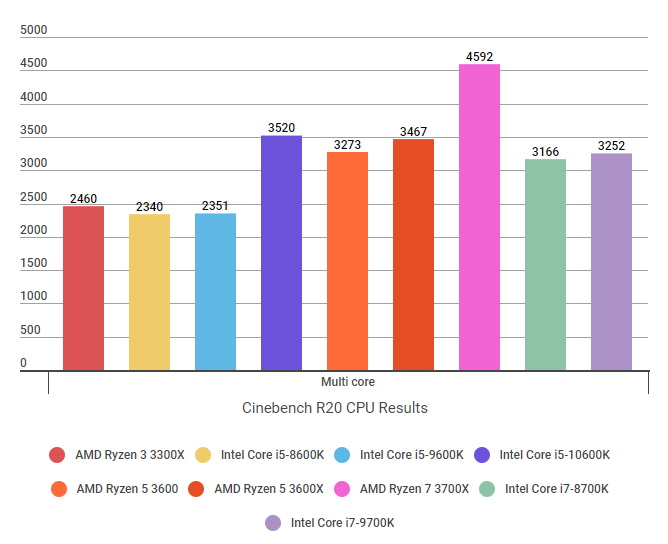 Admittedly, the Ryzen 3 3300X is still a whole 2% faster on single core tasks (it really is an incredible little chip), but the Core i5-10600K's extra cores and threads really come into their own when you start doing more with it. Unsurprisingly, it still has some way to go before it catches the 8-core / 16-thread Ryzen 7 3700X, but for the first time in, well, ages, Intel's top Core i5 chip actually stands shoulder to shoulder with its Ryzen counterparts, meaning you no longer have to compromise on speed if you're a budding video editor or like tinkering about with photos every now and again.

Of course, the only downside is that you'll be using a lot more power as a result, and will probably need to invest in an equally beefy cooling solution to make the most of it, too (not to mention the cost of a new motherboard). As a result, the Core i5-10600K is probably going to be quite an expensive upgrade at the end of the day, but as I said right at the start of this review, I think the numbers show that it's actually worth it this time. The more energy conscious among you may well prefer to stick with one of AMD's chips (which also come with their own coolers in the box, I might add), especially if you're not particularly fussed about that extra 1440p performance. For the power hogs among you, though, the Core i5-10600K is really in a class of its own.

For the time being, at least. The real test will come when Intel finally release the rest of their 10th Gen Core i5 line-up, as well as the much anticipated Core i7-10700K. The latter, I've been told, is still meant to be arriving before the end of May, but Intel haven't sent any out for testing yet, so we'll have to wait a little bit longer before we can see how it stacks up by comparison. The thing I'm most interested in, though, is how the 65W Core i5-10600 fares, as that could end up being much better value (and energy efficient) than its overclockable K counterpart. Still, until I get my hands on a sample, there's little else I can say right now. If it were me looking to upgrade my PC, I'd probably wait to see what the rest of Intel's Core i5 line-up were capable of, but if the only thing you care about is frames, frames and more frames on a reasonable budget, then the 10600K is almost certainly going to be the best gaming CPU for you.