For years, Intel's Core i5-8600K has been the go-to gaming CPU for mid-range PC builders the world over. Try and find one now, however, and you'll see prices have soared way beyond its new 9th Gen Coffee Lake successor, the Core i5-9600K, and even AMD's upmarket Ryzen 7 2700 CPU. Is it still worth hunting one down? Here's wot I think.

From a pure performance point of view, the i5-8600K remains one of the best gaming CPUs around today. Armed with six overclockable cores, a base clock speed of 3.6GHz and a max Turbo Boost speed of 4.3GHz, the i5-8600K is truly the cream of the mid-range crop. Indeed, as you'll see from my benchmark results below, the i5-9600K offers pretty much exactly the same out of the box performance as its 8th Gen predecessor, both when it comes to games and general desktop duties - and that's despite having a 100MHz boost applied to its base clock speed and extra 300MHz added to its top Turbo Boost.

It also gives AMD's Ryzen 5 2600 and Ryzen 5 2600X predecessors a thorough thrashing in the gaming department, offering superior speeds across the board at both 1080p and 1440p. The only instance where the Ryzen 5 2600X does manage to catch up to the i5-8600K is in Assassin's Creed Odyssey, where its 1080p performance is pretty much exactly the same. Everywhere else, however, the i5-8600K is the clear winner.

Admittedly, testing any CPU's gaming performance is still a bit of tricky undertaking. As our friends at Digital Foundry have explained in the past, a lot of benchmarks either don't test your CPU properly, or simply aren't very accurate in the first place. Fortunately, a handful of gaming benchmarks have got a lot better at this recently, with the likes of Shadow of the Tomb Raider, Forza Horizon 4, Assassin's Creed Odyssey and more all providing an in-depth look at your CPU's performance as well as what your graphics card's doing. 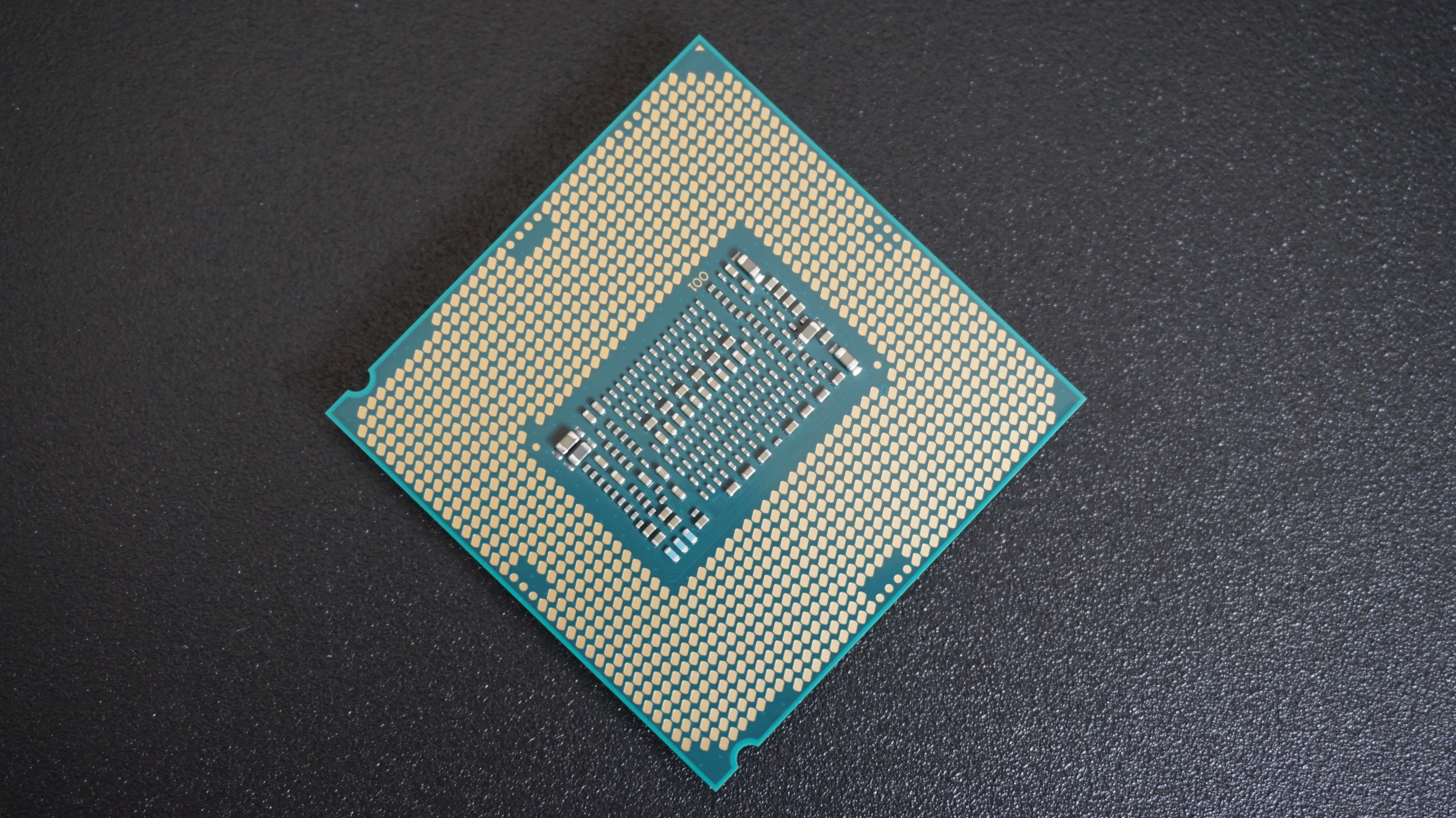 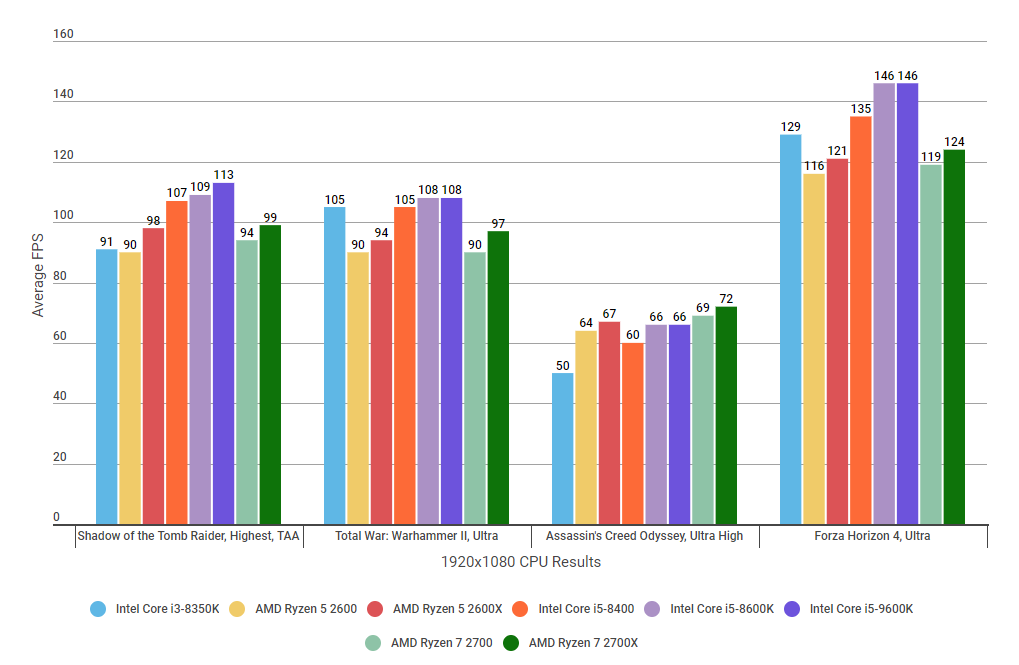 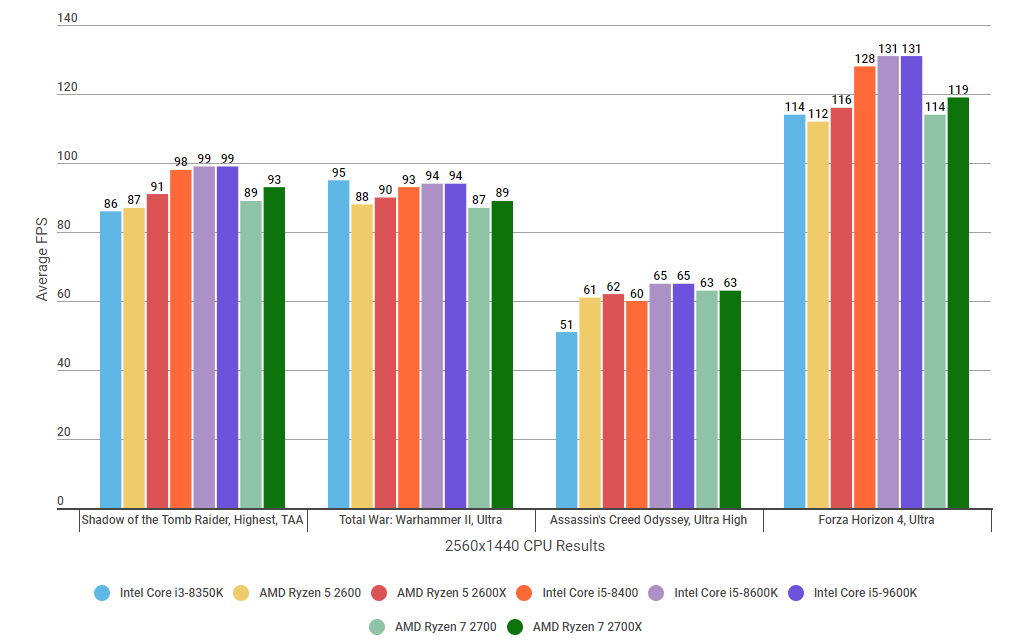 More importantly, the i5-9600K proved to be a much better CPU for overclocking, too. When I tried increasing the speed of each CPU using Intel's Extreme Tuning Utility software, for example, the Core i5-9600K was able to reach a whopping 4.9GHz with my BeQuiet tower cooler before my PC gave up the ghost, whereas the i5-8600K hit its limit at 4.5GHz. You could probably reach a similar speed on the i5-8600K by using a more substantial liquid cooler, to be fair, but that's only going to make it even more expensive overall.

Admittedly, even though I was able to reach a higher speed on the i5-9600K, the actual benefit you'll see when playing games is practically nil. Indeed, the only game that seemed to gain any benefit whatsoever from their new overclocked speeds was Total War: Warhammer II. Otherwise, you're either looking at exactly the same average gaming performance, or a boost of just a couple of frames. 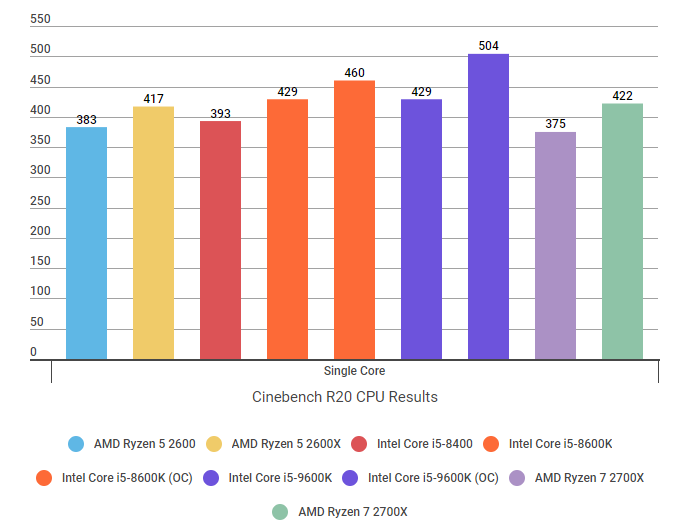 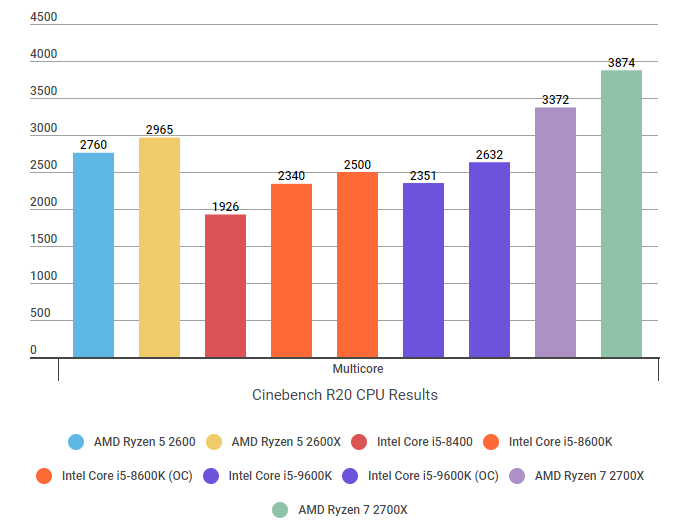 However, for general desktop tasks, the i5-9600K really comes into its own at 4.9GHz, offering a 17% boost to its single core Cinebench score, and a 12% improvement to its multicore performance. The i5-8600K, on the other hand, was only able to increase each of its Cinebench scores by a measly 7%.

Of course, if you're prepared to spend £220 / $230 on a gaming CPU, then it's also worth bearing in mind that you can also pick up AMD's Ryzen 7 2700 for even less nowadays (£200 / $210 at time of writing), which also comes with its own cooler in the box, making it even better value by comparison. At least on paper. In truth, though, its gaming performance is pretty dismal compared to the i5-9600K, so I wouldn't recommend cutting costs here just to get yourself a bundled cooler.

And on a related note, I also don't think it's worth stretching to the Ryzen 7 2700X, either. While the i5-9600K's price may start approaching the 2700X's current price of £265 / $280 once you take into account the cost of a cooler, its gaming performance is a pretty long way behind its Intel rival.