Splendid DRM-free 'indie' games store Itch.io has kicked off its winter sale, bringing discounts on some games you'll likely know and many you won't. Itch is my favourite store to browse around, thanks to its wide and often weird variety of games, but if you need some direction? My festive friend, we are here for you. Read on for our recommendations, and do share your own too.

A Mortician's Tale - $6.74 (25% off)
This is short and sweet and a bit goth, and is described as 'death positive'. You play a mortician and must respectfully prepare bodies for funerals. But the more significant parts of the game for me were, firstly, speaking to the bereaved at the funeral afterwards, and secondly checking my emails at my in-game work computer. Both tell their own micro-stories. There are a lot of little details to miss in A Mortician's Tale.

Fugue In Void - €1.00 (80% off)
I played this a few months ago, and it is 45 minutes of walking around confusing brutalist architecture, and it scared me a lot. I don't think it's meant to be frightening in the way I was scared, but I am suspicious of concrete now. Excellent work.

Hidden Folks - $4.99 (50% off)
Do you love Where's Wally, but wish the drawings were black and white? And moved, and also made sounds that were all someone making the sounds with their human mouth? Like, a person going drrrrrrrrMEEPMEEP for a car driving along? Then I have the game for you. Hidden Folks is very lovely and while it is initially a bit overwhelming, trying to find one person in a huge cityscape, or a hidden banana on a beach, I always find playing it very calming.

The Milkmaid Of The Milky Way - $1.99 (60% off)
You know I loves me a point and click adventure. The Milkmaid Of The Milky Way follows the adventure of a young woman, who lives alone in 1929 and looks after her herd of cows. Her life is lovely, her house has a green roof, and her cows are rad. Then, suddenly, aliens come and nick members of Ruth's herd. She ain't having that, m8. 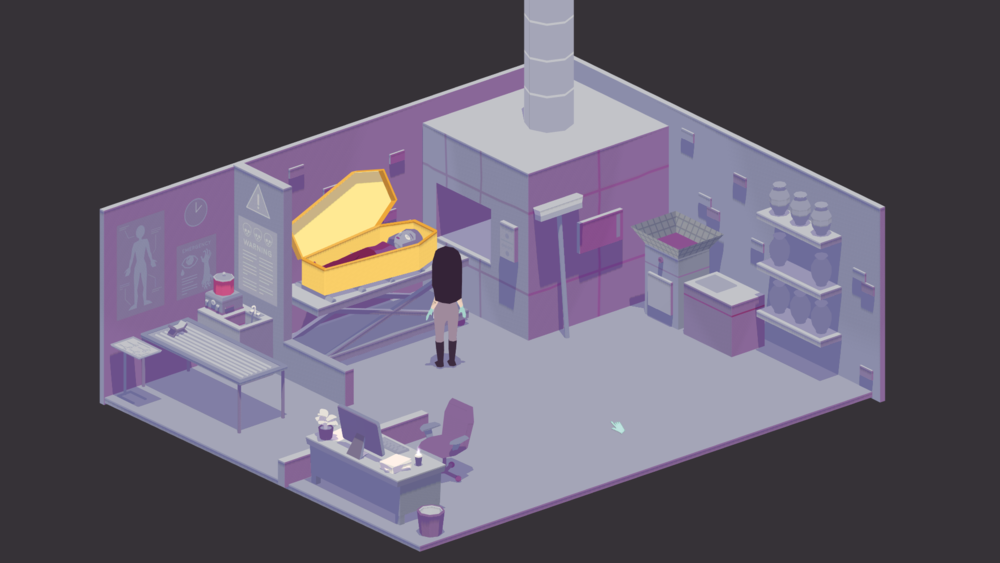 Zones - $2.25 (55% off)
As you'll know from reading its entry in this year's RPS Advent Calendar, Zones is a cracking compilation of walking (and leaping, and rocketing...) simulators from Connor Sherlock. They're moody and mysterious wanderings with cracking music, set everywhere from witchy woods to the distant future. His Walking Simulator A Month Vol. 1 collection is also on sale, and also great.

The Norwood Suite - $4.99 (50% off)
A famed jazz musician's surreal former mansion has become a hotel, and for some reason people assume we work there. Explore, investigate, chat, and eavesdrop in this fantastic place where music courses through the very walls. It's one of last year's best games, don't you know. 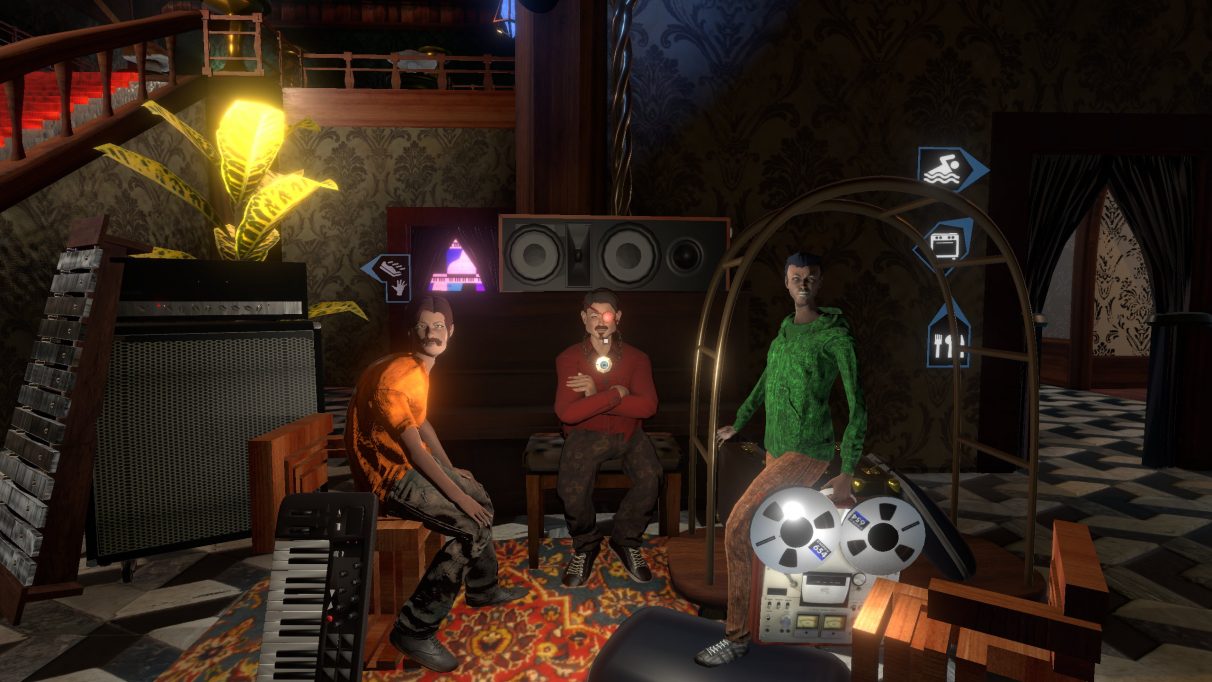 Arc Symphony - $2.00 (33% off)
This is a story about Arc Symphony, the entirely real JRPG we all remember from our childhood. A group of fans scuttle together on an internet too new to be anything other than messageboards filled with fan fiction. You're one of these fans, but you also get the feeling that some folks want to keep this particular cyber-treehouse closed. A short, meta-fictional dander through the early follies of fandom on the net.

Tracks - $14.99 (25% off)
Remember those wooden train tracks you used to play with when you were tiny and happy? Yeah, this is those. 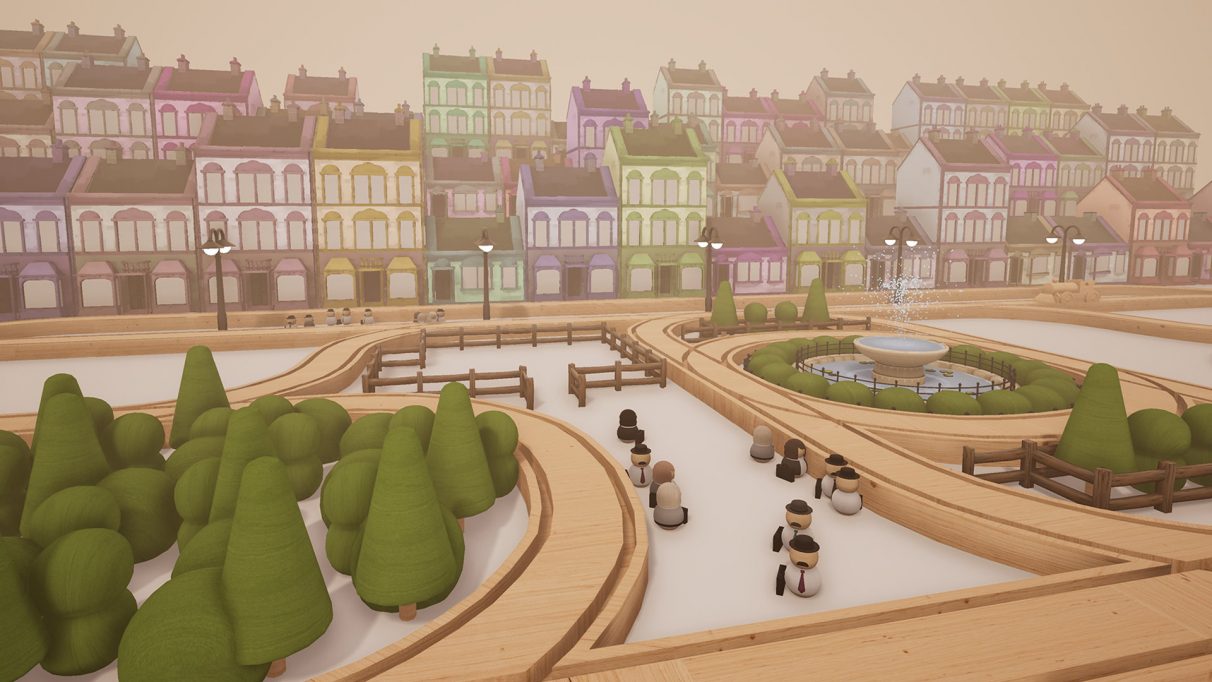 6180 The Moon - $2.33 (61% off)
A platformer like no other, constantly inventive, and surprisingly captivating. The bottom and top of the screen are connected, defying the most basic rule of platforming, all presented in a very pleasing minimalist style.

Chuchel - $6 (40% off)
Amanita's funniest game turns out to be one of all of gaming's funniest games. A series of vignette levels that deploy utterly cheerful cartoon logic and cartoon violence, with all the comic timing of a classic Chuck Jones Merrie Melody.

Rusty Lake Hotel - $0.99 (50% off)
All the Cube Escape games from the Rusty Lake universe are free on your electronic telephone, but this extended game is well worth paying for. A super-creepy and utterly peculiar murder mystery, set in a hotel populated by animal-human guests, which begins like an Agatha Christie novel, and ends like one of David Lynch's dreams. 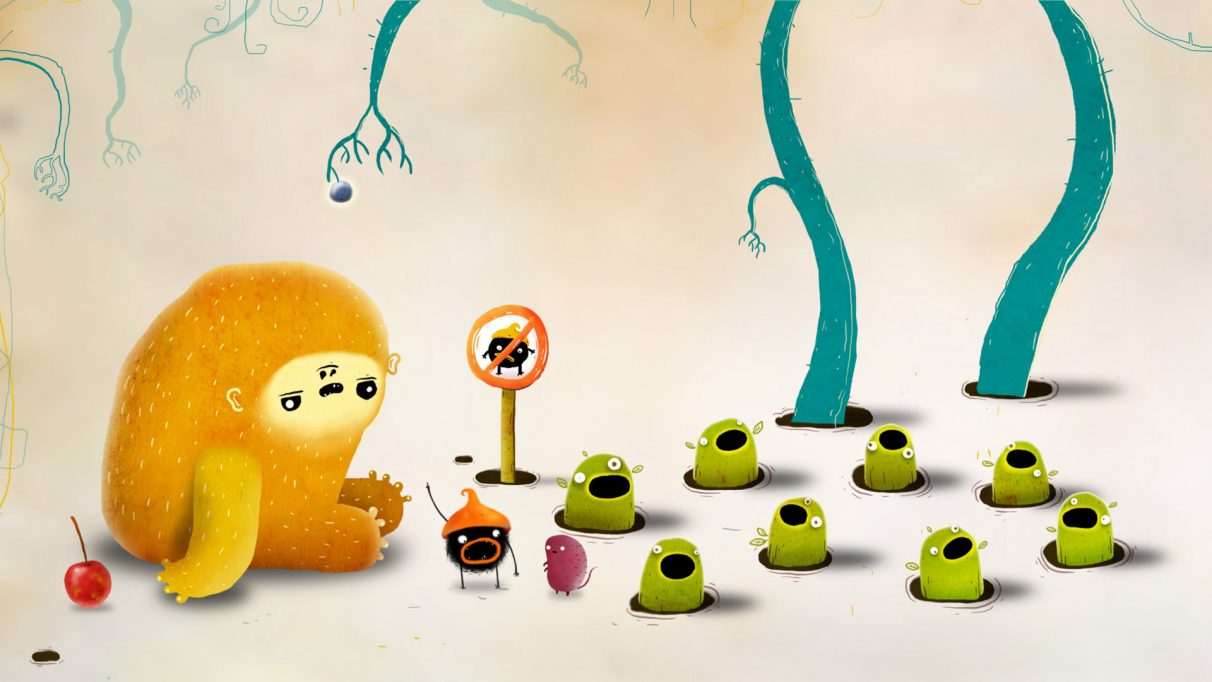 See all the games currently on sale if you want to dig deeper yourself.

Itch's winter sale will end on December 27th at 6pm (10am Pacific).

As stores race to boast about taking smaller cuts than others, with Epic undercutting Steam then Discord undercutting Epic (though... not really in the same weight class), it's worth noting that Itch has let developers set their own cuts (even 0%) for aaages. And it supports pay-what-you-want. And happily hosts free and sexual and scrappy things that wouldn't find homes in many stores. And it's maintained a culture which encourages devs to post less-conventional games. Itch: it's good.