It's the middle of the night, you're alone in a small Russian apartment in a concrete tenement, in a half-deserted neighbourhood surrounded by snow and trees, and you're awake. Now what? That's up to you in It's Winter, a delightful new poke-o-walking simulator where we can wander the neighbourhood, take in the sights and sounds of the night, muck about with items, and even cook a little. It captures a real nightness, mystery and quiet and loneliness and freedom to do anything without anything to do. What really sold me on It's Winter, mind, was one player's video tweet of making then eating egg on toast.

An honest to God GOTY contender for me is This Winter (https://t.co/VF1o8N55Wt ) for nailing the sad lonely Russian apartment nightwalk vibes, and letting you do this unprompted. pic.twitter.com/DaknskyyLa

That's the sort of minute interaction I crave.

It's Winter lets me fiddle with more than I'd expected, though less than I might hope for. It's delightful to fire up the oven, crack an egg into a pan, bin the shell, pop it in the oven, take it out when cooked, then flush it down the toilet, but I couldn't seem to boil the kettle for a cuppa - far more important to me. 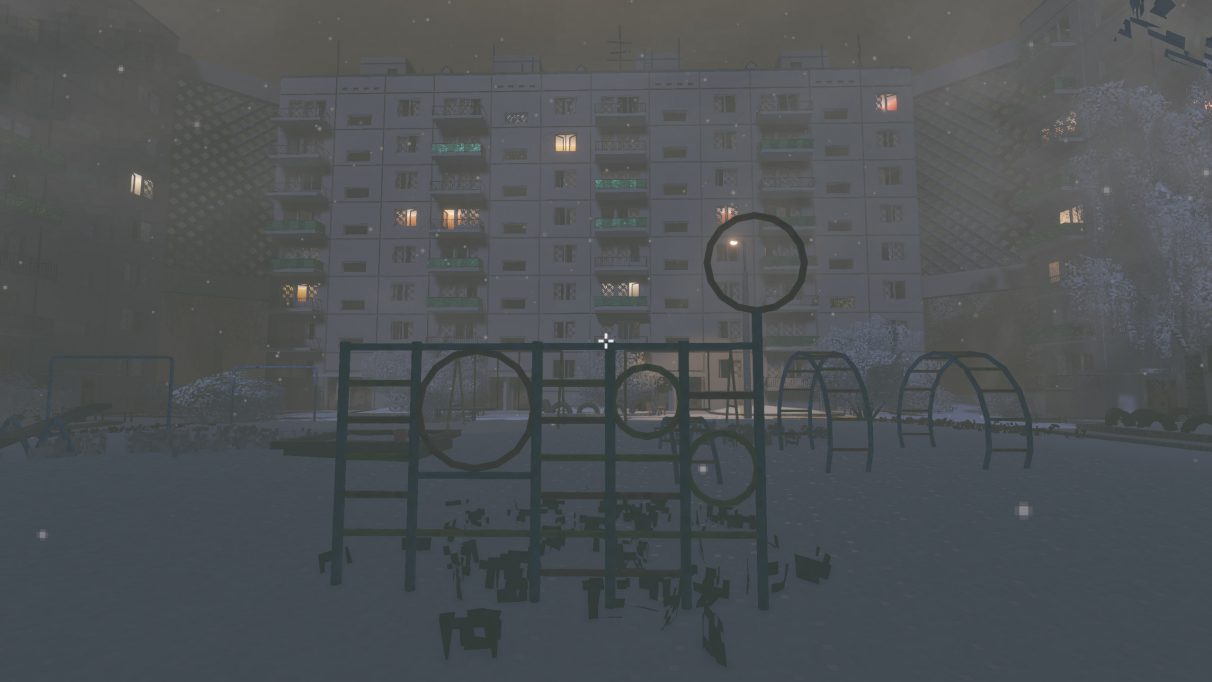 Feeling out the edges of the possible is part of what sets It's Winter's slightly dreamy possibility space. Lights are on in other buildings - can we go there? Can we see people? Will something happen if I clean up our building's stairs by throwing rubbish down the chute? Can I open any of these doors I'm pounding on? Is anyone else even here? Is my television receiving secret broadcasts or is it just broken? What else can I fiddle with? Who left that there? Wait is this a horror game? I'll not answer those questions because 1) I'm not entirely certain of all the answers 2) I wouldn't want to ruin that feeling for you.

It's Winter is, at the very least, a wonderful game about being alone at night. 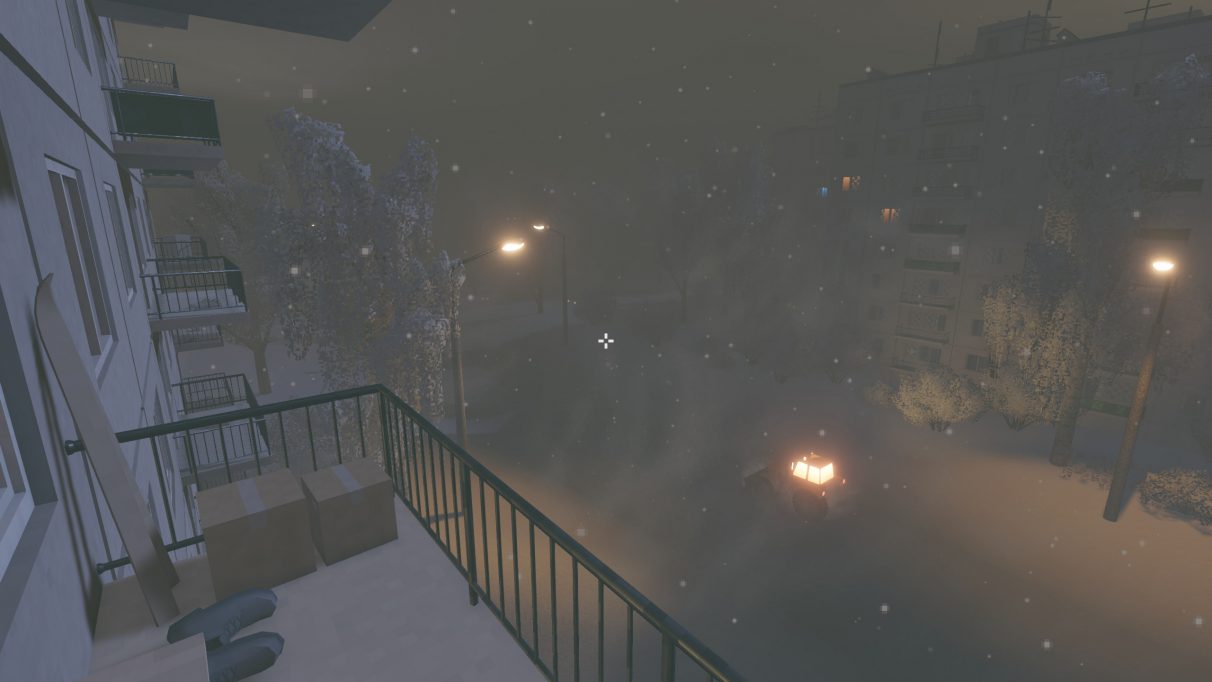 I do wish it had the ability to properly sit and lie down.

The game is one facet of a multimedia project built around a poem by Ilya Mazo, which explains the fragments of poetry in certain places. The project also includes a book, a play, a short film, and an album, as you can read about on Mazo's site, while the game's made by Alexandre "sad3d" Ignatov. Other facets focus a fair bit on the noise of ambient machinery against silence, something I'd noticed and enjoyed in the game before reading that. Good stuff.