Kassandra sure is keen to soak her hands in blood. Of her enemies, or those of anyone who chucks her a few drachmae.

The Assassin’s Creed games have always been about killing people. Duh. Assassin’s Creed Odyssey, though, is the first since the series started that's got me asking if those people deserve it. And I only had to care in the original because of my dad.

As my colleagues are always keen to remind me: I am very young. Back when the Ass Creed series kicked off, what I got to play wasn't up to me - it had to pass a test. Violence was generally fine, so long as it was only inflicted against robots, aliens and some monsters. If I wanted to cause grievous bodily harm against anything else, I'd really need to make a case for it.

So yes. Assassins. The title didn't get me off to the greatest start, though even at a tender age I suspected that representing a minority rising up against tyrannical oppressors might wedge the door open. "Look Dad, they've got rules about it, that's in the name too! The whole thing is about how the main dude broke them and the other assassins are cross!"

Knowing that everyone you stab is actually a simulation based on ancestral DNA might have saved me a debate, but in the end I got my way anyway. The assassins of old were principled folk, murdering only those who truly deserved it. And their bajillion guards.

The assassins of older, though, did not give a fuck. 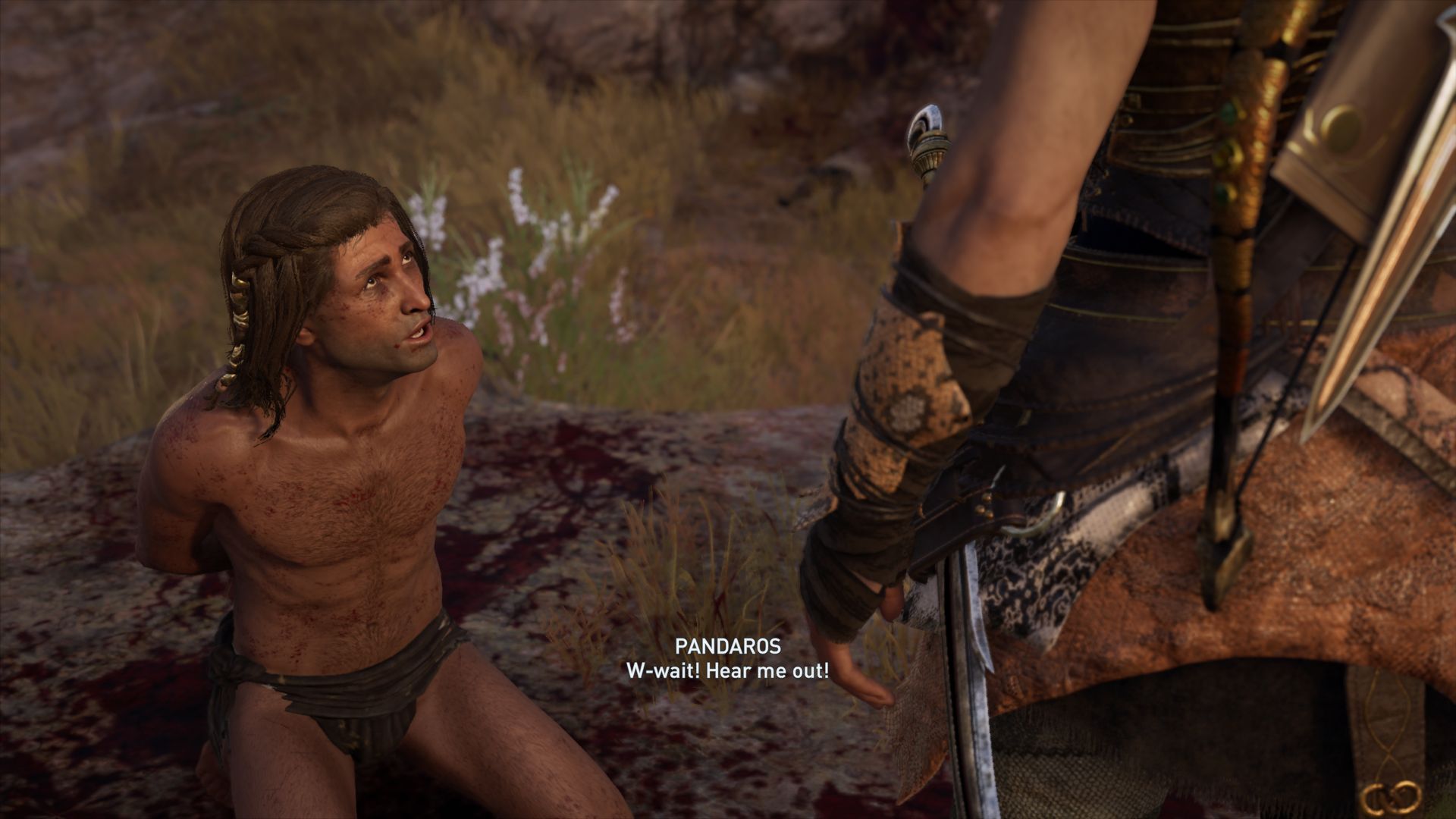 Now to be fair, Kassandra isn't officially an assassin. That would be hard, because Bayek and Aya only got round to founding the brotherhood several hundred years after she died. There's even a line near the start where Kassandra pointedly denies the label, while the devs wink in the background. She's not an assassin. She's a misthios.

She's a dick. I've lost count of the number of times I've strolled up to people, had them explain their problems, and then watched Kassandra nonchalantly offer to slaughter every petty thief this side of Mount Olympus. I remember one time where she came across a threat graffitied on a wall, and was like "right, this chap's got to die" - even when I picked the "they’re only words!" conversation option.

I'll admit it's entirely possible that previous protagonists have been hidden-blade-happy stabbers who've gone around killing without good reason, and I just haven't noticed. I've played at least a little of nearly every game in the series, but up till now I've always found myself skipping cutscenes and spacebar-hammering my way through every conversation. Now that I actually get to participate in those conversations, I'm paying attention. 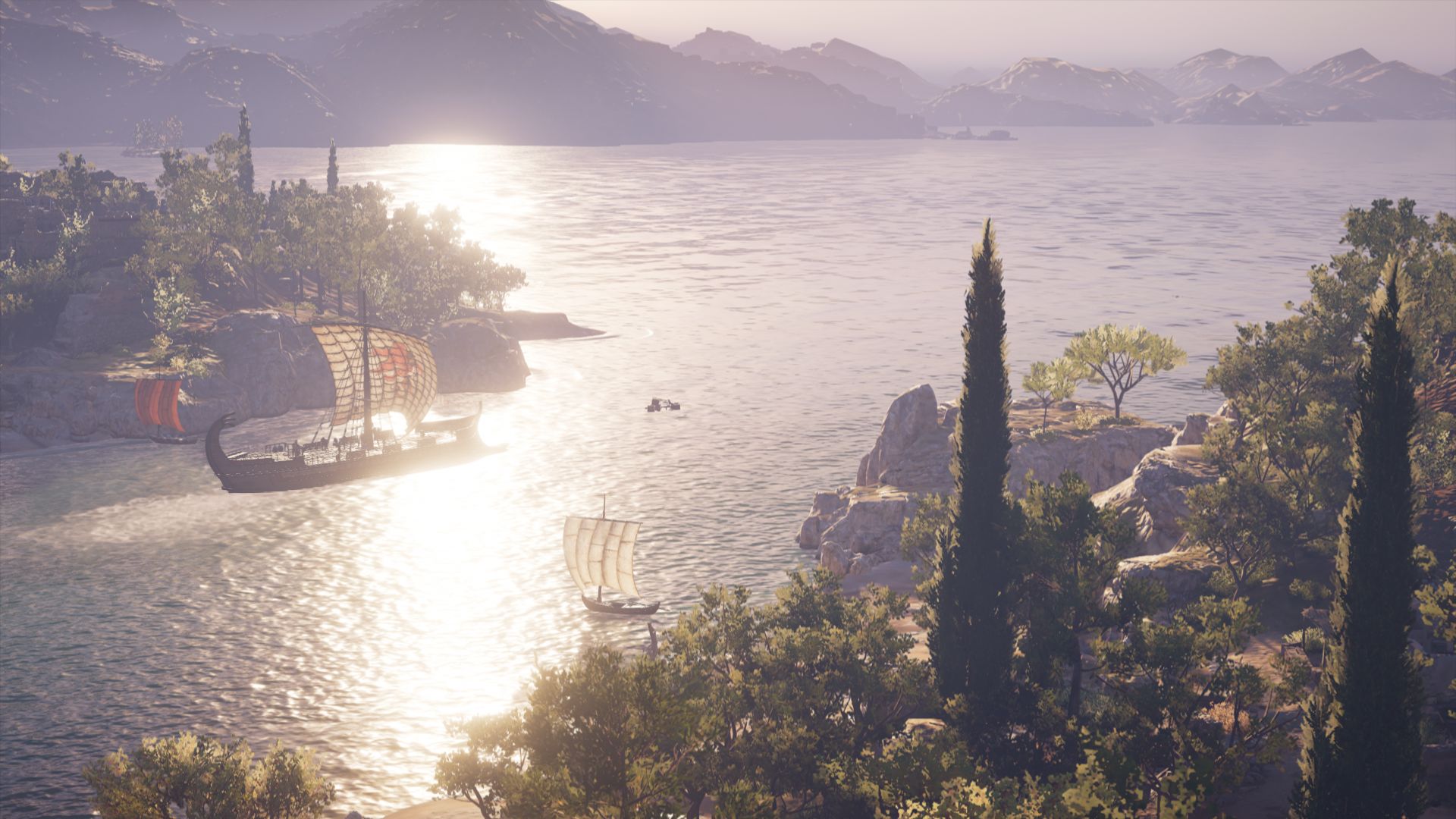 For the most part, anyway. At one point my in-game mum sent me to kill some people on a neighbouring island, but I misheard and thought she wanted me to deal with a force occupying the island we were currently on. I'd slain and terrorised half a fort full of 'friendly' guards before I noticed my quest tracker wasn't ticking up. After spending the past dozen hours killing Spartans or Athenians depending on which side promised me the shiniest hat, I saw their lives as interchangeable.

It wasn't like that at the start. I even flirted with the idea of not murdering anyone, though that idea was predictably short-lived. I remember thinking about it as I stared down at someone gurgling at my feet. I'd finished my second ever fight with a kick, which incapacitates rather than kills. He was a guard. Someone working somewhere two minutes walk away from where Kassandra lived. Someone she probably saw every day.

I walked away rather than finish the job, priding myself on my restraint. Ten hours later I was sat on a beach with my mum, catching up while the pile of corpses we'd recently made rotted just out of shot. Both mechanics and plot had conspired to stop me from caring.

Twenty hours in, if I walk past someone and my adrenaline bars aren't full, I'll give 'em a cheeky stab. I need those bars to do murders on other, mildly more deserving guards. Though last night I did stop off to kill a captain in a marble quarry for the lols and XP. 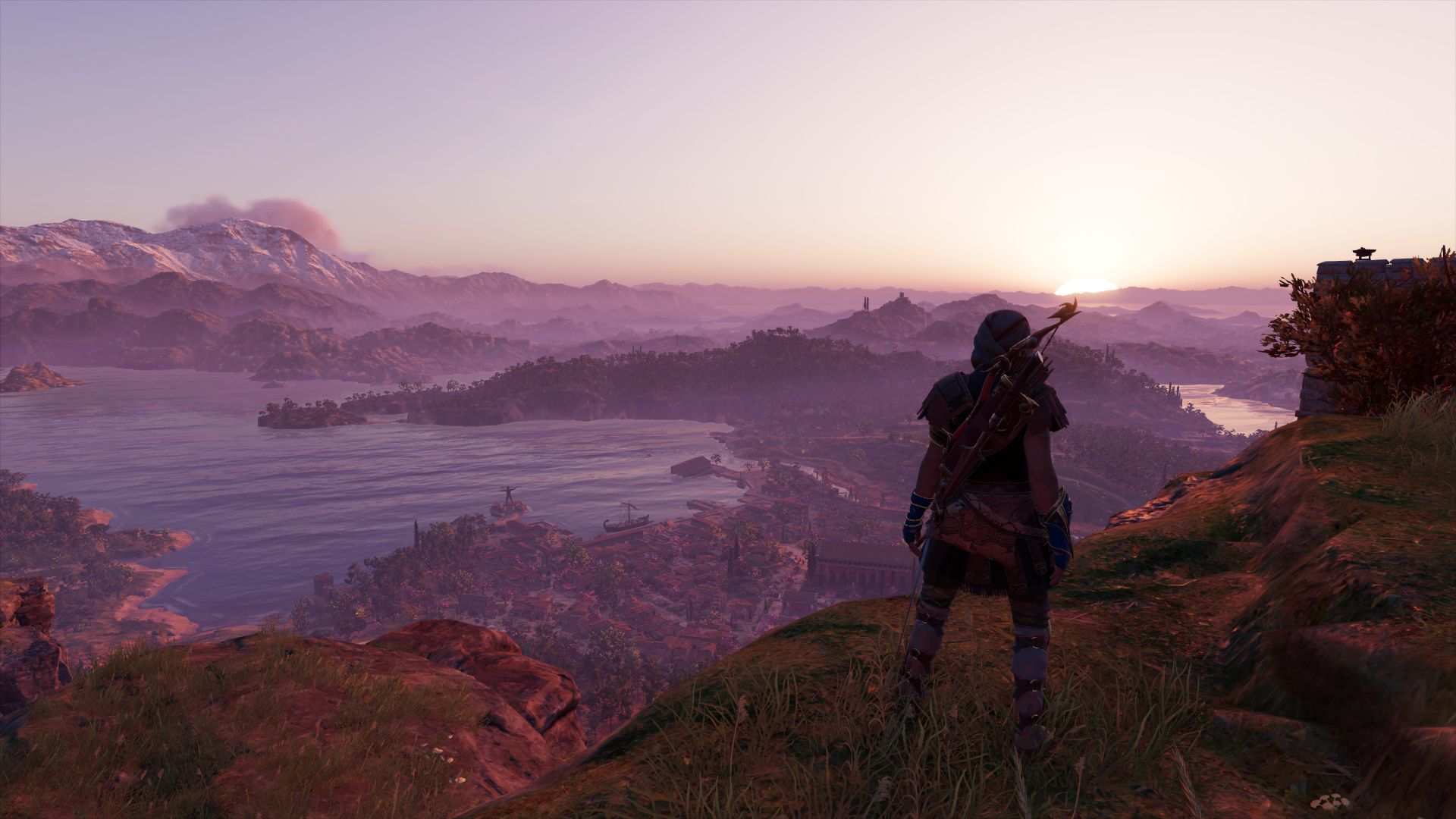 None of this is an obstacle to my enjoyment, it just makes Kassandra's character as tonally messy as her relationships. One minute she's volunteering to butcher someone for running off with a pot, the next she's doing charity work for orphans.

There sure are a lot of quests involving orphans. I’ve fixed up their painfully sad clay model friend substitutes. I’ve escorted them to inhumane training regimes. I’ve told a bunch of them a story, only for the ungrateful shits to razz me for making stuff up because I couldn't be bothered to study some mosaics.

It's strange how easily Kassandra shifts from babysitter to facestabber, though I suppose it would be stranger if she didn't. Assassin's Creed games - or open world games, or even AAA games generally - are monoliths where morals and character consistency tend to get sacrificed on the altar of fun. 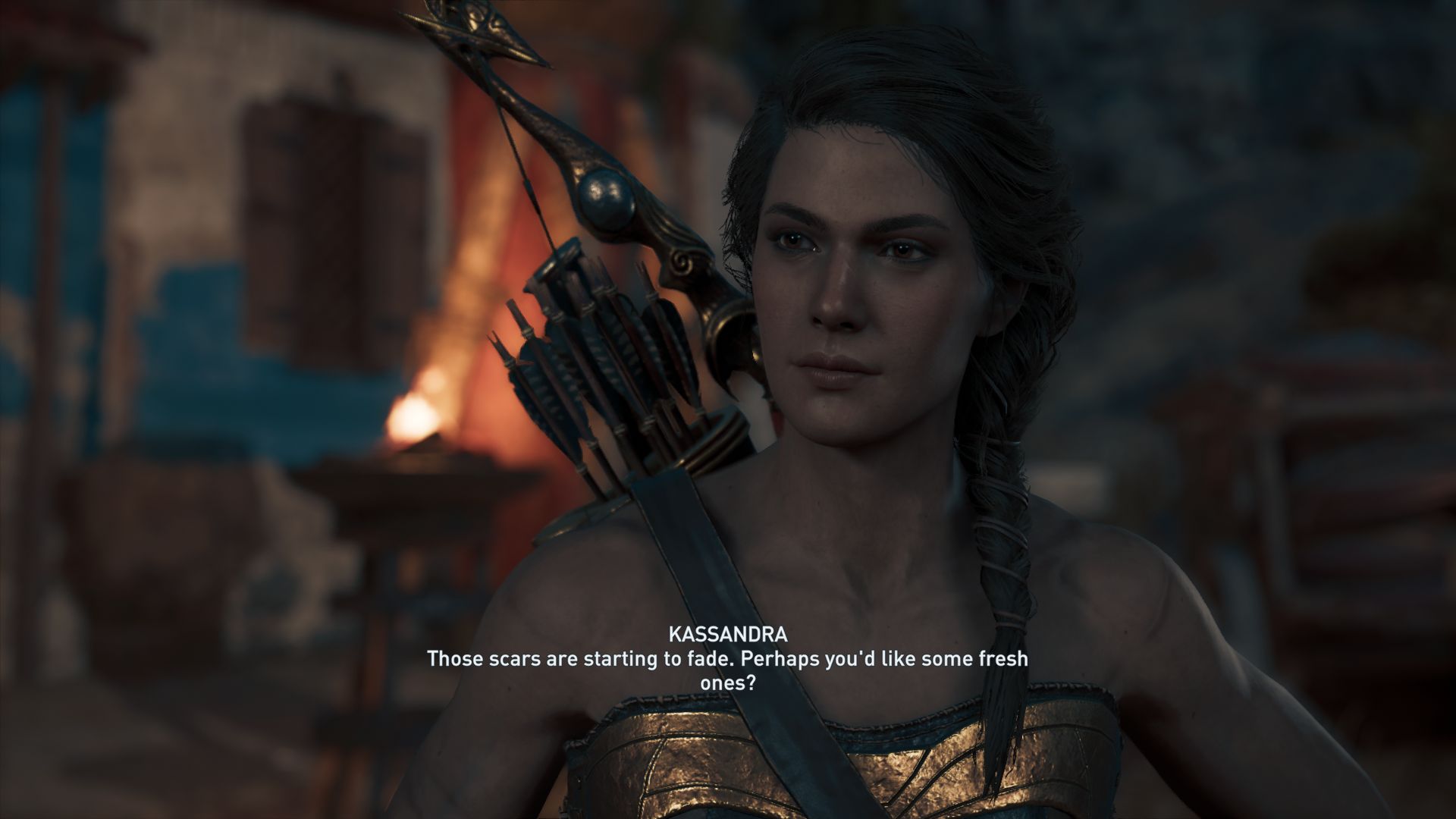 Not that I mind. I still like being around Kassandra, even if she scares me.