“Kids are not born toxic,” says Laura Higgins. “Adults generally are where most of the negative stuff is online. It's not kids doing it.”

Higgins works for Roblox, a children’s game of blocky-armed figures and even blockier cars. Well technically, it’s not one game, but many. Roblox is a sort of pick-your-own-playground with a platter of multiplayer minigames made by other players. You could fly planes in a kind of PG-13 Grand Theft Auto minigame, or go camping until a big scary man attacks you at night, or get adopted by an unusual mum. These are cherry-picked YouTube highlights, of course. For many players, it’s simply an a la carte menu of misadventure with friends, as Minecraft has become. It’s also hugely popular with kids, according to the company's figures. But kids can also be cheeky. They get into arguments and fights, they will do things they’re not supposed to, and they can find themselves in real danger. Higgins knows all this about kids already. After all, she’s looking after 90 million of them.

"It is about giving kids those skills that they would've probably learned in the playground before,” says Higgins when I ask about her job at Gamelab Barcelona. “So problem solving, empathy, working together to achieve a goal, supporting your peers.”

She is the head of “digital civility” at Roblox. That means she is basically the "safety and kindness" officer, except she doesn’t wear a hardhat. She often has to write posts for the sake of parents wondering about the game, but is also there to make sure players are decent to one another. 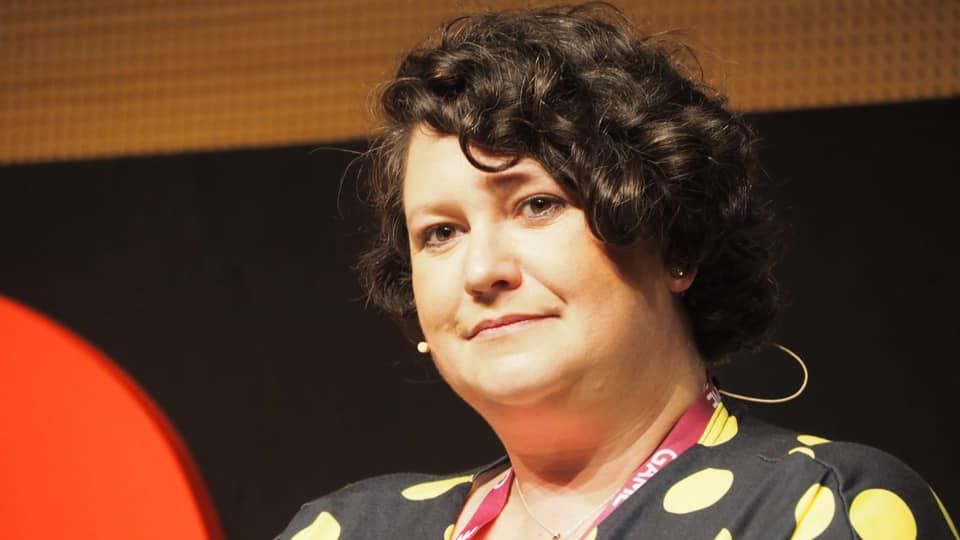 “If you're losing in a game,” she says as an example, “actually going and cheering your friends on is a really nice positive thing.”

You could also see her as a sort of mega-moderator. But in truth, Roblox has plenty of others doing that. The game has 800 moderators, she says. For the sake of comparison, Facebook has 7500 moderators for its 2 billion monthly users, according to a 2018 figure, which means Roblox has over twice as many moderators “per capita”. But there is an obvious reason for that, says Higgins. These are kids we’re talking about.

"We have the most vulnerable society to support," she says, "so it's really important that we do have that large number... On the whole our moderators are there looking at a dispute between two kids who said some mean words to one another. Yes, it's quite quick to resolve those issues but it's still really important that they're a human and that they can make that decision." 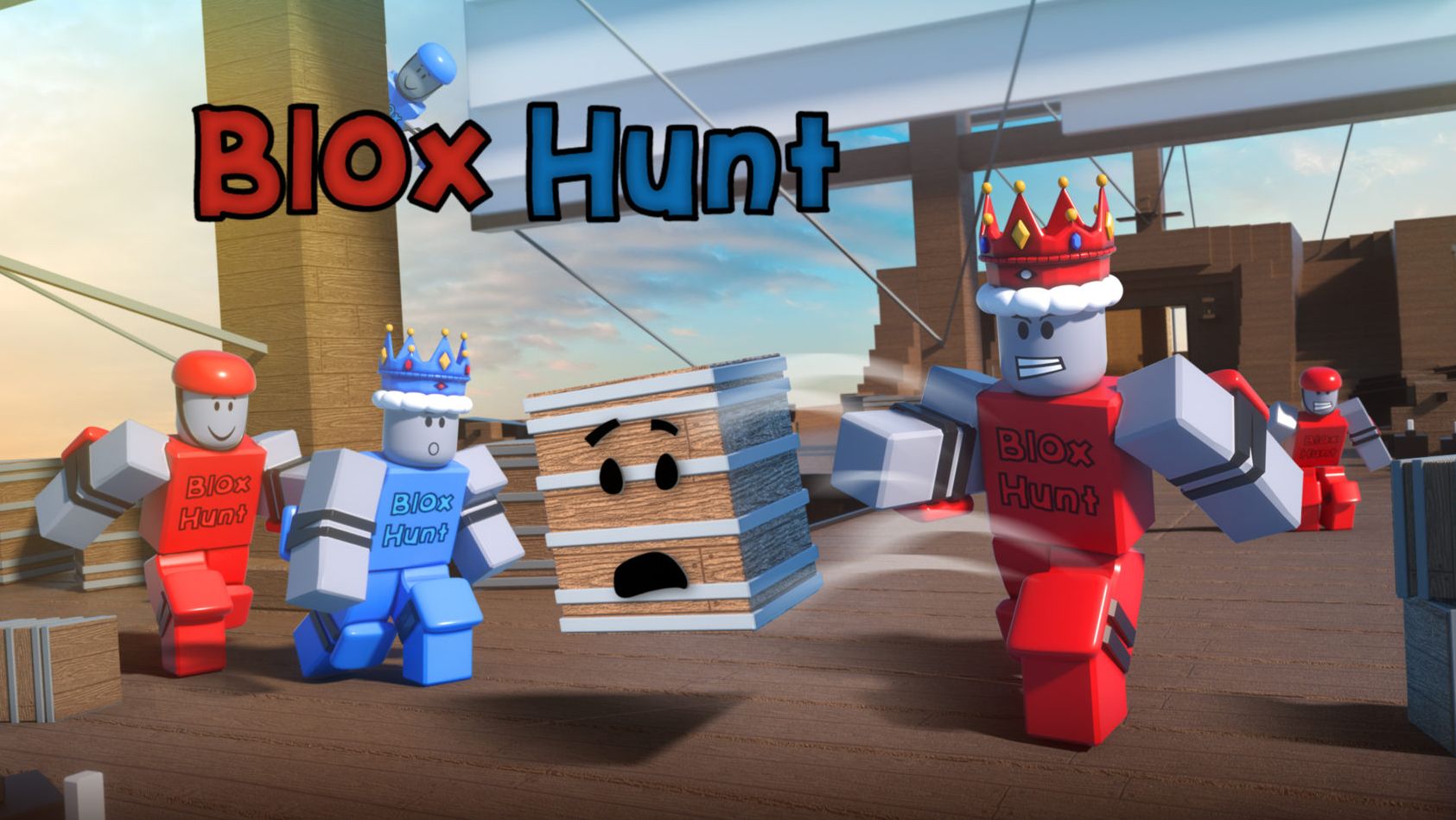 Much of her job involves warning child players and their parents about the basic dangers of the web most of us take for granted. Don’t give out your password, don’t click on links in chat, don’t share your real life details with strangers. For some of us this is the modern-day equivalent of your primary school teacher wheeling out the big TV and putting your favourite “don’t talk to strangers” VHS into the chunky video slot. Except Higgins is trying to do it on a massive scale.

As for the sorts of problems that happen in Roblox, most difficulties come from within, among the children and teens who gather around blocky campfires or who hang-glide over the city of Bloxburg. Chat filters are there to stamp out bad language (the over-13s get a slightly less strict filter, she says, but it’s still there). She also talks a lot about “bad actors”. Which is a sterile and vaguely governmental way of describing a massive range of players, from “local jerk” to “sexual predator”.

I don’t make this remark glibly. In May the BBC ran a story about a young Roblox player who was groomed online. He was eventually led to an unnamed chat app where he shared explicit pictures of himself (Roblox itself doesn’t allow the sharing of images in chat - something they were eager to stress to the BBC). I don’t ask Higgins about this during the interview, since I only learned about it afterwards. But it’s likely one of the reasons she has written a post for parents titled “understanding chat apps”. And she seems keenly aware of the vulnerability of the game’s 90 million wards when I ask about those “bad actors” more generally. 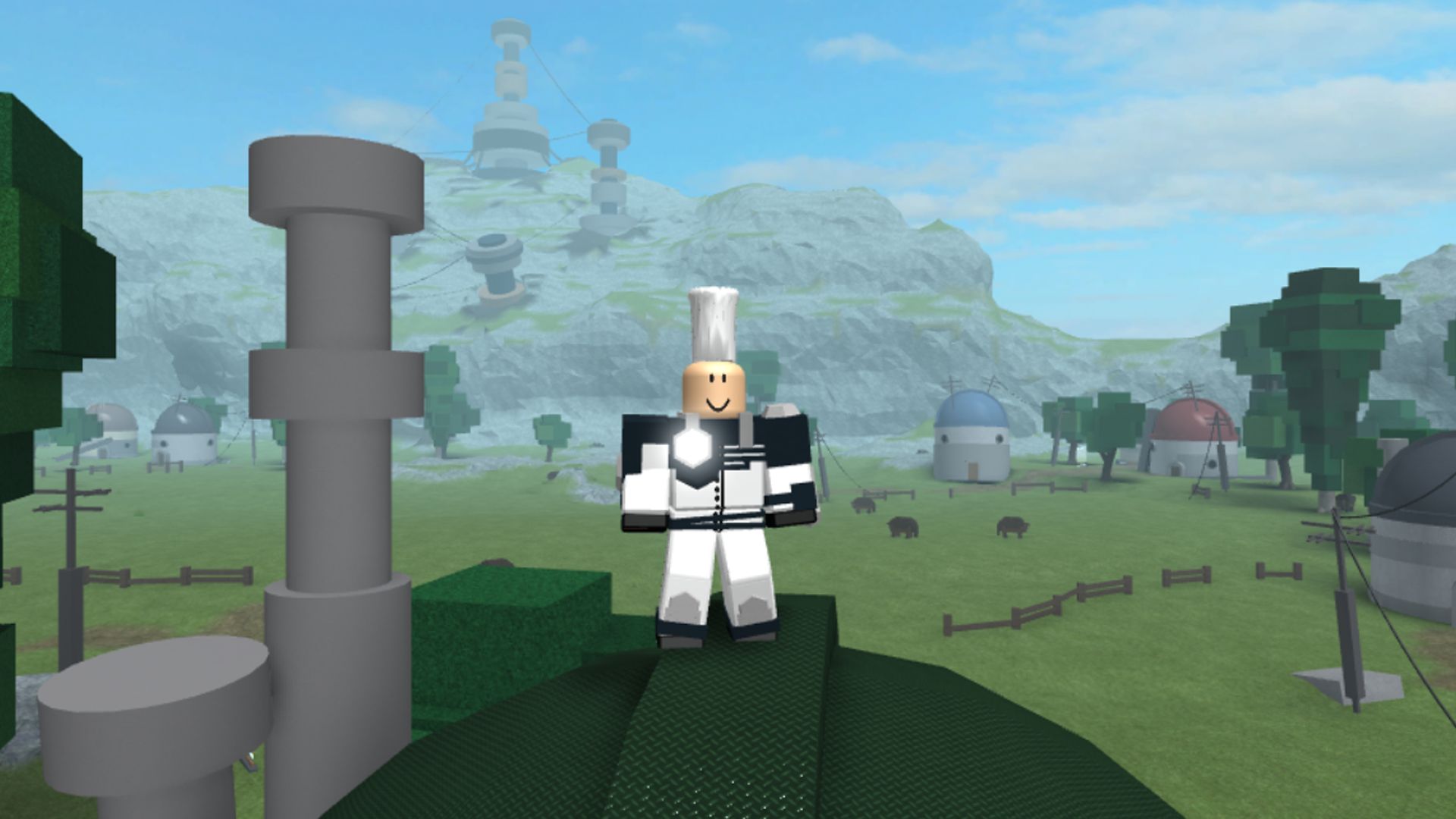 “If people want to get to kids they will go where kids are,” she says at one point. "You can't ever say any platform is 100 percent safe. If you expect the worst and work back from there... We have got pretty stringent things in place, safety is our number one priority... People would really have to go out of their way to get in the system or play the system."

There are more common problems. Some unscrupulous players will try to steal Robux, the in-game currency, from younger players, for example.

"Bless our community but kids do give out their passwords quite regularly,” she says. “And suddenly they're like: 'Somebody stole all of my stuff!' Obviously we don't want to blame that person... The people coming on are very deliberately targeting those kids. So there is that kind of thing. We are obviously aware of it and on top of it and doing anything we can to prevent anything like that.” 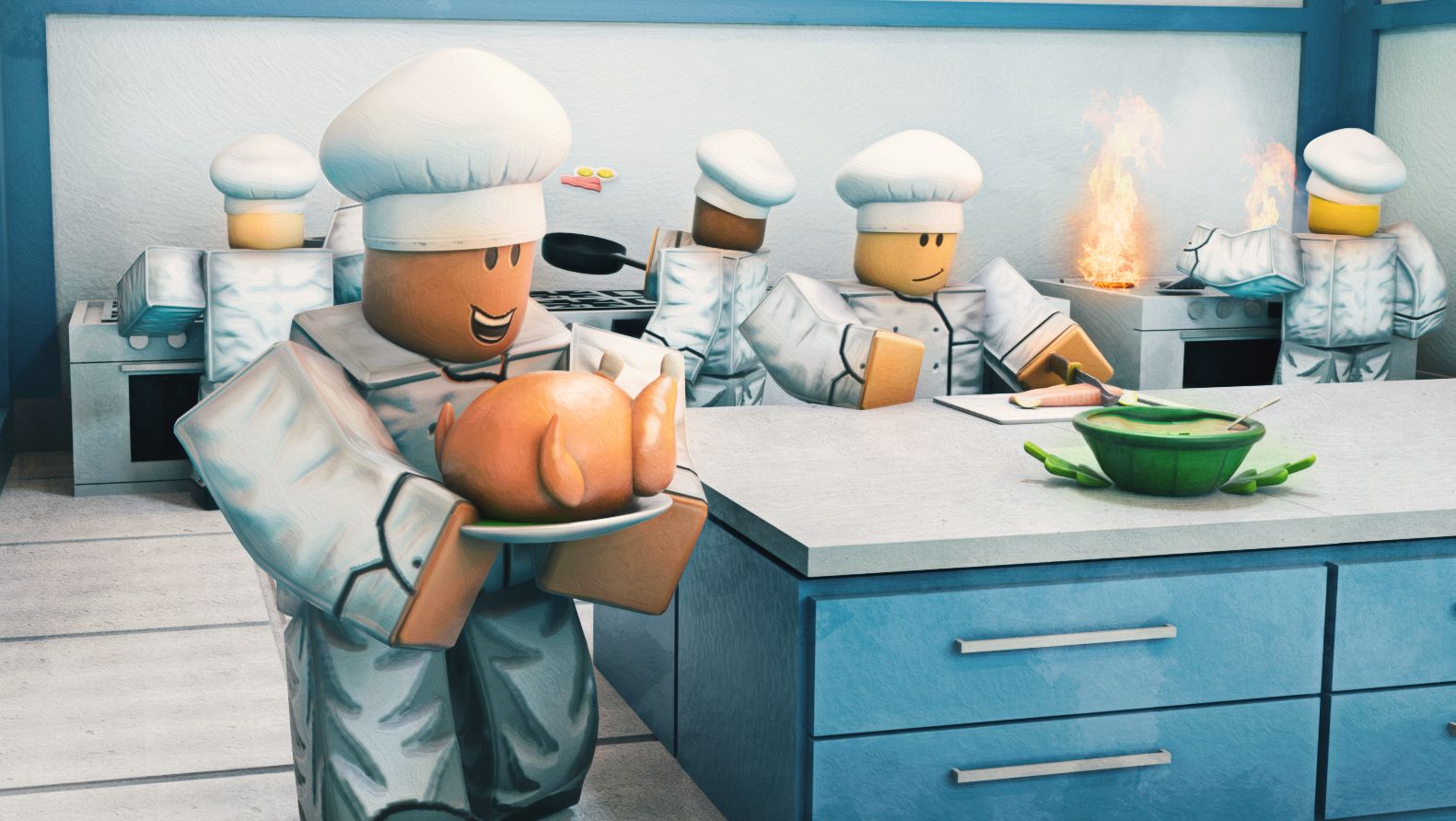 I wonder if it must seem sometimes like a losing battle. As an uber-moderator, you are often fighting anonymity itself, and kids who feel anonymous are doubly likely to push limits. But any idea its young players might have of freedom from reprisal is an illusion, according to Higgins. “No one is truly anonymous,” she says, with the threatening air of a grown-up who knows what you’ve done. Although she is quick to add that kids who might do something a bit “borderline”, are allowed second chances. And she is cautiously hopeful that her job is making the internet (or at least the Roblox quarter) a more decent place.

"I think we're nudging forward slowly. I think the more that we do it, the easier it's getting. And the more we're building some kind of momentum, collectively, platforms are pulling together to share good practice around what's working...

“Those are really helpful things. Sharing responsibility for our community. Saying: this isn't a Roblox community, or a MovieStarPlanet community, or a Fortnite community - they're the same kids playing all of these games. So collectively we can all work together and have an impact." 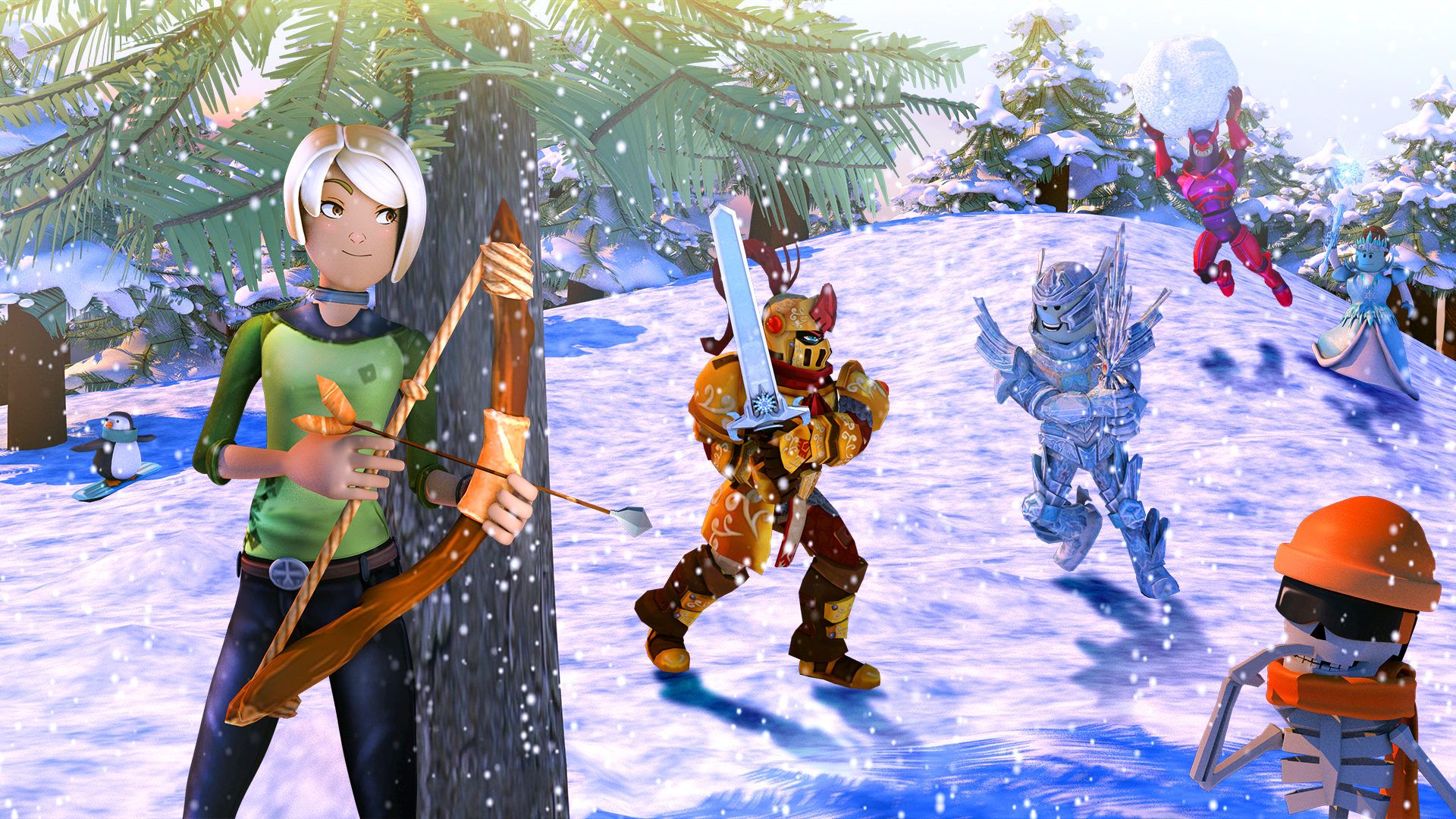 There’s another thing Higgins says though, nestled among the chat about keeping kids safe and making sure they act with as much honour and civility as a tiny human hurricane is capable. A single thing I remember. “It’s cool to be kind,” she says.

This strikes me as the kind of good-hearted phrase that same school teacher would say, before trundling the big TV back into the storeroom. As a kid, hearing a grown-up define coolness will unleash an immediate volley of eyerolls. But that doesn’t seem to matter to Higgins. She's speaking to the adults.