I like puzzle games because they expose how our brains process the world differently from one another. I love words, but am terrible at anagrams. When I look at a cloud of letters I can’t process how they might fit together into a neat line again. Other people are the opposite, or are good at logic puzzles where you must conform to a specific set of rules. This is why different people find different bits of The Witness cheaty and impossible. The person who finds all sections of The Witness easy will one day be our supreme ruler.

I’m good at mazes. I’m good at puzzles where you have to move something around a 3D space. I can just sort of see how they work. Kine is one of those puzzle games. It’s a solo dev project by Gwen Frey, and I played it at EGX and I want to play it again immediately. Kine is about little machines that are sort of like instruments (a piano, an accordion, a drum kit) and want to become musicians. You pivot and roll them around a sort of cardboard cityscape. 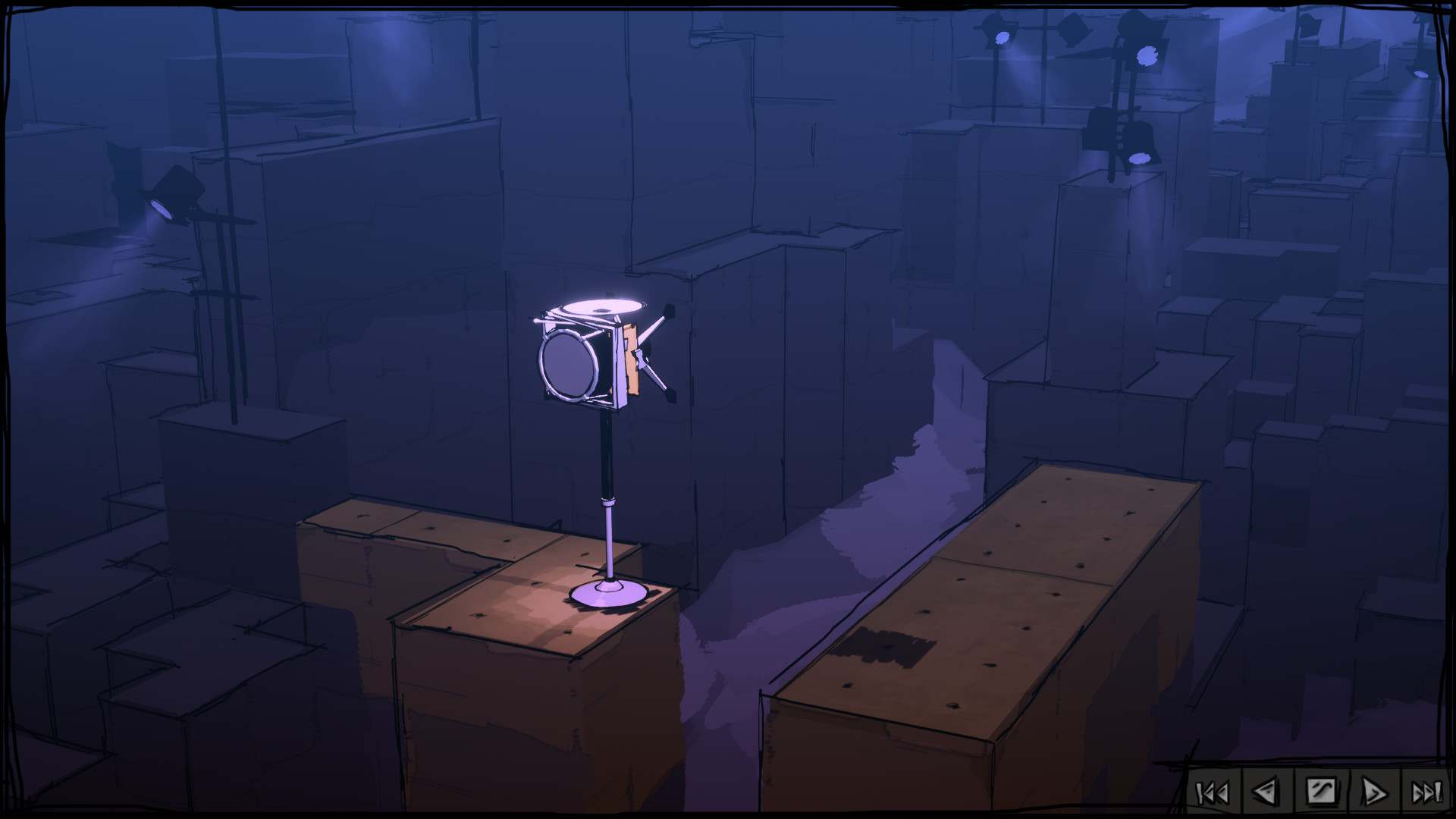 It’s always lovely when a game integrates music so well that it becomes an indivisible part of the game - that is, once you play the game with that soundtrack, it is impossible to imagine the game without it. An example would be Ape Out, which I fell in love with a few weeks ago, or, not so coincidentally, The Flame in the Flood. Frey is one of the founders of The Molasses Flood, the studio behind aforementioned lovely river-rapids survival game. Kine is still in development, and Frey hired a musician to score it relatively recently, but it already has that same feeling buzzing around it.

You play each level as one of the musical machines (which all have names, of course), and this changes the soundtrack, and adds layers on levels where you have to use more than one of them together. The machines can push or lift each other around, you see - the accordion can scooch away from walls with it’s squeezebox, and the drum can slide up and down on the stand for a cymbal. It’s hard to explain in words how this is involved in puzzle solving, but unfortunately that’s rather my job…

So, say you need to reach the end point of the level, a music stand with sheet music on it, but it’s over a gap. You can’t roll into the gap or you’d fall (and make a lovely panicked animation as you do, a kind of visual “Wo-wo-wo-woaaaaaah!”). But you can roll onto your side so the stand is pointing skywards, slide up it, and then precariously level over to land right on the music stand.

These abilities layer up just like the music itself, especially in the levels where you’re having to use more than one instrument. It is, of course, an orchestra, these different machines all working together towards a common goal. With each level completed you travel upwards on the map, closer to the giant, spotlighted music stand at the back. The game looks like it might be backstage at a concert about to start. Just heaps of boxes hidden away in the wings and out of sight of the audience.

At the same time the puzzles get, of course, very difficult. One might almost say fiendish. But there’s so little delay between trying, failing, falling and starting over that making progress is seamless. You can instantly restart a level if you’ve rolled into the wrong position, for example. And once you see Kine and understand it, it’s simply a case of finding the rhythm, isn’t it? And I assume learning to play a real life accordion is this natural. Ah, lovely.