Without the Shanghai Dragons playing this week, I thought it might finally be the week I didn’t cry at the Overwatch League. But I forgot that there was an ex-Dragon, still yet to win, continuing his losing streak on struggling expansion team Washington Justice. And thanks to Chon “Ado” Gihyeon, despite it being the final week before playoffs, it once again became one in which the underdogs were the biggest story.

Having lost six games in a row, Justice were looking to avoid equalling Los Angeles Valiant’s 0-7 record. Going up against the almost equally loss-heavy Florida Mayhem was probably their best opportunity, as well as once again poetic: when Ado was on the Dragons, their best game was a nailbiting, ultimately heartbreaking slog against this very team.

This wasn’t exactly a rematch; Mayhem have almost entirely changed their roster and Justice obviously aren’t the Dragons. But it was equally tense. Though Washington were up two games at half time, Mayhem broke back, forcing a tiebreaker. But Justice prevailed, scrapping their way through Ilios to victory. Teammates rushed to congratulate one another, but especially Ado, knowing he’d been waiting much longer for this moment.

Washington also made the news this week by announcing that they’ve picked up support player Hong “Ark” Yeonjoon from the bench of top team New York Excelsior. It should be helpful for them moving into stage two, but it does raise questions about how these trades happen after Ark expressed surprise about the move.

It calls back to similar surprise expressed by Noh “Gamsu” Youngjin when he was traded from the Uprising to the Dragons days before the season started. Uprising’s “president of gaming” (I did not make this title up) Chris "Huk" Lorange wrote on Reddit that Gamsu had “expressed that he wanted to be traded” but still describes a process in which players do not have a say in which team they end up in and in which they get very little notice. 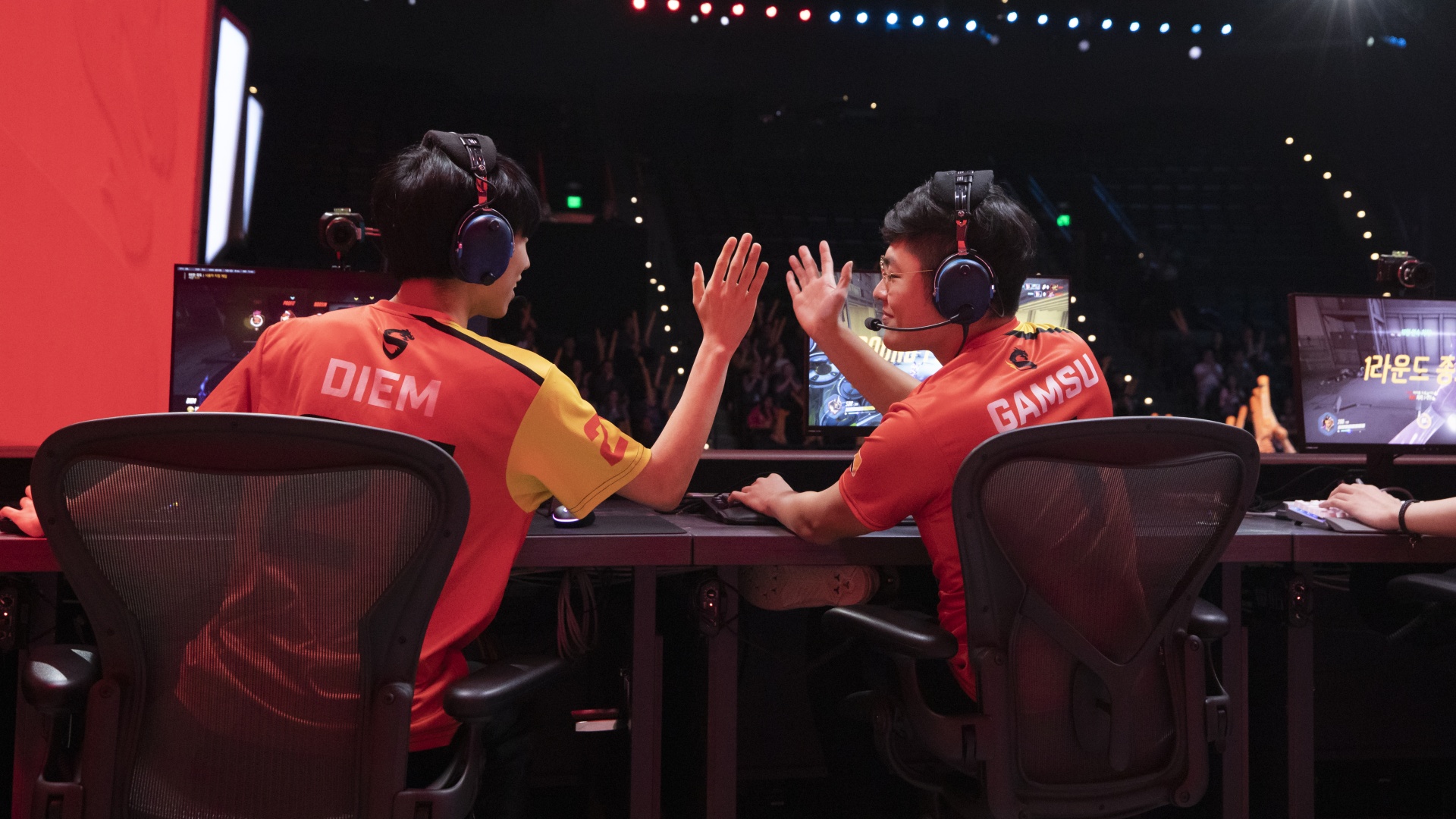 Similarly, this week it was revealed that his now teammate Cho “Guardian” Joonhwan also had to buy out his own contract from minor league team Toronto Esports after the team quit the scene in frustration at being forced to change their branding to make way for the new Toronto Defiant team and in protest of changes Blizzard were making that they claim “create barriers for young players, managers, and coaches to find a path towards the top.”

Digging into those changes and their impact would require a whole other post, but suffice to say I find their complaint fair. But it still left their players unsure of their futures, and apparently led to Guardian being forced to pay his way out of a dead organisation to get a shot at entering another team.

A trio of labour messes, in other words. It’s a shame that unionising the Overwatch League seems to have made little progress, particularly when the players will need more support than ever next season as Blizzard have announced a full home and away structure that will see teams travelling all over the world.

All of this is worth bearing in mind as we move into the excitement of the playoffs. Next week will see the top eight teams fight for the stage one championships. New York probably won’t be too affected by Ark’s move; with the help of their other main support Jung “Anamo” Taesung, they’ve secured the number two seed.

Number one, of course, goes to the Vancouver Titans, the powerhouse expansion team made up of ex-Runaway players who first found victory in the Korean minor leagues. It seems likely that we’re looking at a Titans-Excelsior final, but both do have a history of choking when it comes to playoffs, so keep your eyes peeled for an upset.

The lowest seed goes to Boston Uprising, but it’s nonetheless good to see them qualify after their defeat to the Dragons. No one wanted to be the first to lose to a winless team, so here’s hoping that their playoff performance will be a worthy bounce back to prevent that from becoming their stage one story. 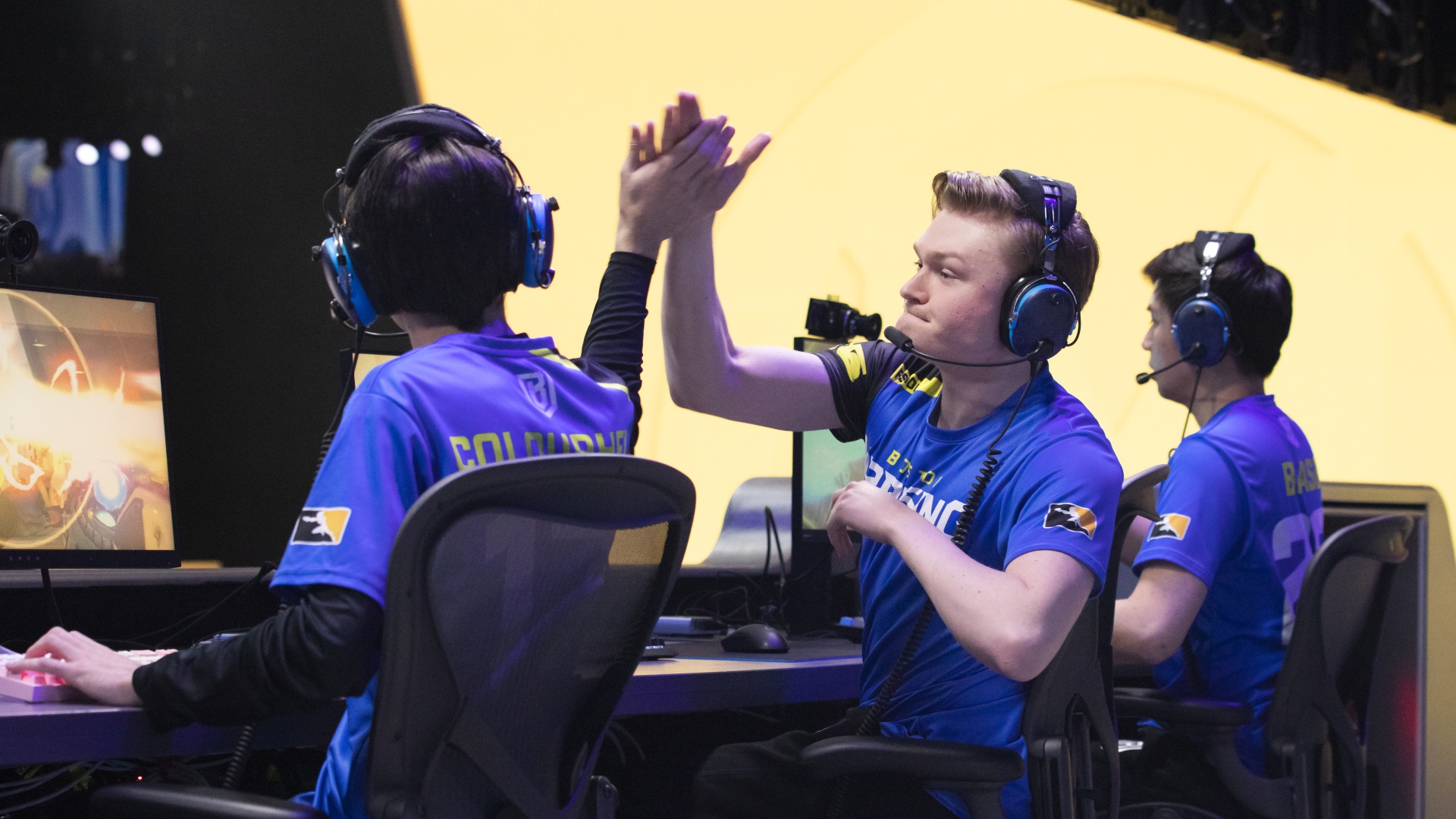 Seoul Dynasty also eked their way into contention, beating last season’s champions London Spitfire this week. Dynasty have continued their rocky streak from last year, but have plenty of experience on their side which might come to their advantage.

The playoffs start on Thursday (Friday for us in Europe or further east because again, timezones) but writing this on Tuesday afternoon I’m unable to tell you who is playing when because it hasn’t been decided yet. There are a couple of tiebreaks that need to be established, meaning that teams will have very little time to actually prepare for who they’re facing. That gives yet possibilities for upsets, but with the stage we've had I'm not sure we need any more reasons.

The semi-finals and finals matches will be on at (almost) UK friendly times, though! Whoever makes it through will face off at 7pm and 10pm GMT on Saturday March 23rd before the grand finals at 7pm on Sunday March 24th. Again, it’ll probably be the Vancouver Titans and New York Excelsior, but this stage has been so topsy-turvy that I’m willing to eat my words.

Until then, here’s a stellar comeback by (coincidentally) Washington Justice in their game against Paris Eternal. I’m not entirely sure what it is about this that pleases me so much but it’s probably my fondness for D.Va bombs combined with the wonderful casting by Wolf “Wolf” Schröder and Seth “Achilios” King that combines genuine, delighted surprise with rapid, skilled recontextualisation as Justice come back from the brink.

Plus, it goes to show that even losing teams, in losing games, can have moments that shouldn’t get overlooked simply because they’re not the best. It doesn’t even matter that Eternal took the point right after this, it was just a minute of great play.