Stage three of the Overwatch League didn’t seem like it would be especially exciting. The Goats meta remained untouched by major balance patches in the break. Teams had mostly established themselves at the top and bottom of the rankings, though there was plenty of jostling in the middle. Even in the first couple of weeks, things seemed to be progressing as expected, but for a few new faces added to the rosters.

Back when the fast-paced Dive meta was all the rage, people said that it was fundamentally unchangeable. Though it might adapt to new nerfs or buffs, or even incorporate new characters, it would remain the basis of how the game was played for the simple fact that it was so quick, and the more fights you could have, the more likely you were to eventually win.

Of course, that wasn’t true. The Goats meta rose to prominence after Brigitte was added to the game – but not immediately. It took some time for players to realise how powerful the three tank, three support composition was. But when they did, it seemed unshakable in the same way that Dive once was. Of course it’s here to stay, the thinking went, because having lots and lots of hit points means you can sustain fights for a long time, and win against any composition that sacrifices some of those hit points.

Suddenly, teams are sacrificing those hit points for other advantages. And it's working. It started with the introduction of Sombra, the hacker who can break apart Goats teams with her ultimate, that removes any enemies’ abilities. It wasn’t a major change in the balance that opened the way for Sombra, just teams realising that it was one way to counter others. Neither have there been any major patches that explain the sudden prevalence of other damage heroes in the League. And yet, they’re here, and they’re winning games.

Metas should change constantly, because strong strategies can be countered by others, which will then become prevalent and countered in turn. In practice, teams are often stubborn to try new things, because it means sacrificing practice time in favour of experimentation. Still, eventually, a combination of player boredom and teams realising that they aren’t doing well playing the meta means they do end up trying new things. And then you get the chaos that was this week.

That’s why it’s not as simple as making sweeping balance patches to leave key heroes unplayable – or enforcing composition rules like the often-asked for (but terrible) idea of locking teams into a two damage, two support, two tank composition. Those changes might lead to quick change, but they threaten the health of the game, especially for ordinary amateur players. In short: the meta is fake. It's not as simple as forcing it from the dev's side. 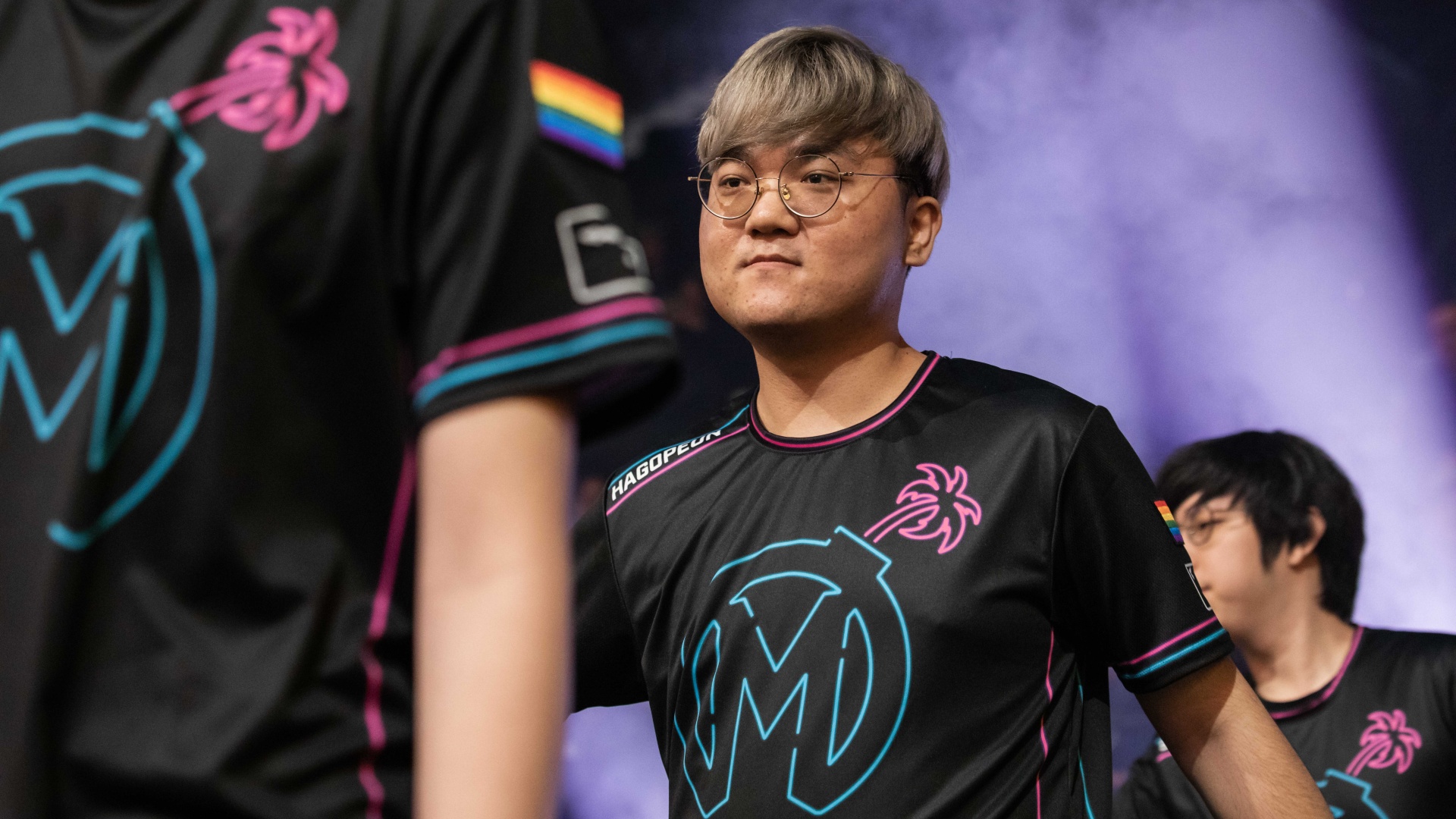 Meanwhile, though, the chaos of the in-between meta, where no one is quite sure what they should be playing, is delicious. We’ve talked before about how it led to a fantastic upset in last season’s grand finals, as bottom-place qualifiers London Spitfire and Philadelphia Fusion ended up battling each other for the title despite New York Excelsior dominating throughout the entirety of the rest of the season. The meta change in stage four of that season also led Los Angeles Valiant to a lossless stage. They’d been strong before, but capitalised for an excellent finish.They didn’t begin so well this year, starting with a winless stage. And yet, this week, they beat Vancouver Titans.

Vancouver Titans! Who, until losing to Valiant, had only lost a single game, in the stage finals to San Francisco Shock a few weeks ago. A while ago I wrote about how unpredictable the League was, but it was still pretty clear that Shock and Titans (and Excelsior) were at the top of the standings. And while that’s still strictly true, entering a time when there’s a chance for upsets even among these very secure teams is very exciting.

And while the top three are still pretty solid, it was only a few weeks ago that we were talking about the traffic light trio at the bottom. Washington Justice, Florida Mayhem, and Houston Outlaws (red, yellow, and green respectively) were clearly struggling. And yet, Outlaws are now close to making playoffs, Mayhem beat them this week, and Justice…well, okay, the Justice are the exception that prove the rule.

One of the heroes shaking things up is sniper healer Ana. In both Dive and Goats metas, the tank D.Va was popular, and her defense matrix can absorb incoming projectiles. This hobbled Ana, who too often lost her most powerful abilities include a biotic grenade that prevents enemies from being healed. However, with D.Va being sidelined to make room for Sombra, Ana has been seeing more stage time instead of the robotic monk healer Zenyatta. And that’s allowed certain players, like Park “Kariv” Youngseo, to shine. (I’ll admit this even though his sleep darts secured the victory over my Shanghai Dragons as well as Vancouver.)

Next week…ah, you’re expecting me to know what’s going to happen next week? I have no idea, and anyone who tells you they do is a liar. Wild predictions are the only way to go. Washington Justice are playing Dallas Fuel, and will surely win with a team composition using characters we’ve barely seen so far, like Symmetra and Reaper. Chengdu Hunters will obviously upset in their game against San Francisco, to restore the balance at the top of the table. And the week after that is the Atlanta Homestead, so hopefully Atlanta Reign won’t be bottom of the table by then. Or, I mean, it’s fine if they are. I’m a Shanghai supporter, it would be hypocritical of me to care.

Until then, here’s this thing. I had a lot of potential clips lined up but truly, after this whirlwind of a week, Mitch “Uber” Leslie and Josh "Sideshow" Wilkinson trying to read this Tweet from Daniel "Gods" Graeser is where I’m at emotionally.