Week one of the Overwatch League is over – though teams did their best to make it last as long as possible. With control maps going down to the wire, extra rounds being tacked onto what felt like every capture point map, and many matches needing a tie-breaker fifth game, there was a whole lot of competition, both in terms of raw minutes and in terms of nail-biting, heartbreaking encounters.

With top teams suffering upsets, new players making outstanding debuts, and all 29 heroes making a legitimate appearance, it was an exciting week. But first, let’s talk about the Shanghai Dragons.

This week was not the week. Shanghai are still yet to win a game, having lost to two standout newcomers: the Vancouver Titans and the Hangzhou Spark. (You may remember the latter as ‘the pink team’ or, now, ‘the team that Jay likes who actually win games.’)

After main tank player Lee "Fearless" Euiseok decided to take time off due to illness, the Dragons signed a replacement in Noh “Gamsu” Youngjin from the Boston Uprising, just a couple of days before the League began. Without time to gel as a team, they’ve struggled. Again. It has, however, led to blessed content featuring Uni, the Boston Uprising team dog.

Next week will also be an interesting one for the Dragons, with their single match seeing them face off against Gamsu’s old team. For their part, The Uprising had a mixed week, losing to the New York Excelsior but beating the Houston Outlaws. The Outlaws themselves also suffered a rough start, taking a second loss that many regarded as a surprise against expansion team Toronto Defiant.

That wasn’t the only upset, either. Last year’s champions, the London Spitfire, also lost both of their games. As well as failing to clinch the victory against fellow Europeans the Paris Eternal, they fell to the Philadelphia Fusion, their opponents in the inaugural season final. Luckily, that gives me a good excuse to show off the Fusion’s surprisingly good hype video.

I've never considered myself a Fusion fan, but suddenly you could convince me.

Elsewhere, Florida's off-season gutting and rebuilding of their team doesn't seem to have been especially effective, as they were beaten 4-0 by the Atlanta Reign in their only game this week. And the Seoul Dynasty seem to be continuing their season one shakiness, beating the Los Angeles Gladiators but getting beaten by the Dallas Fuel in return.

The Fuel’s victory was a turnaround, having gone 0-4 against the San Francisco Shock earlier in the week. In part, the Shock’s success came down to a sneaky Symmetra teleport on Horizon Lunar Colony, which is well worth seeing for yourself.

The Gladiators also played Symmetra legitimately on a Kings Row attack, and equally maligned builder Torbjörn also showed his face for the first time in a real Overwatch League game thanks to the Reign’s Daniel "Dafran" Francesca. Both were surprisingly successful, though we’ll have to wait and see whether they were week one fanservice or if they'll stick as long-term strategies.

If you’re not such a fan of Goats, things seem to be looking up. The triple tank, triple support team composition was still a fallback at times, but other options were prevalent. As well as regularly throwing invisible hacker Sombra into the mix to disrupt enemy abilities, the fast-paced dive strategy made a reappearance in certain situations, as well as a handful of various less-formal experiments.

One particularly popular damaged-focused composition seems to be using everyone’s favourite mech-toting hamster Wrecking Ball as the only tank, with a flying Pharah-Mercy combination raining rockets from above, Sombra harassing the opponent’s backlines, and a Widowmaker sniping off anyone who gets in her way. There's no widespread name for this one yet (beyond '4 DPS,' which could apply to any number of combinations) but it feels like it won't be long before it gets its very own confusing shorthand.

Seeing this level of variety is a lot of fun, and it coincidentally seemed to concentrate in the day two matches, so if you're interested in how the meta is evolving, I'd start there. On the other hand, we’re bound to see more changes as teams adapt and counter-adapt throughout stage one. 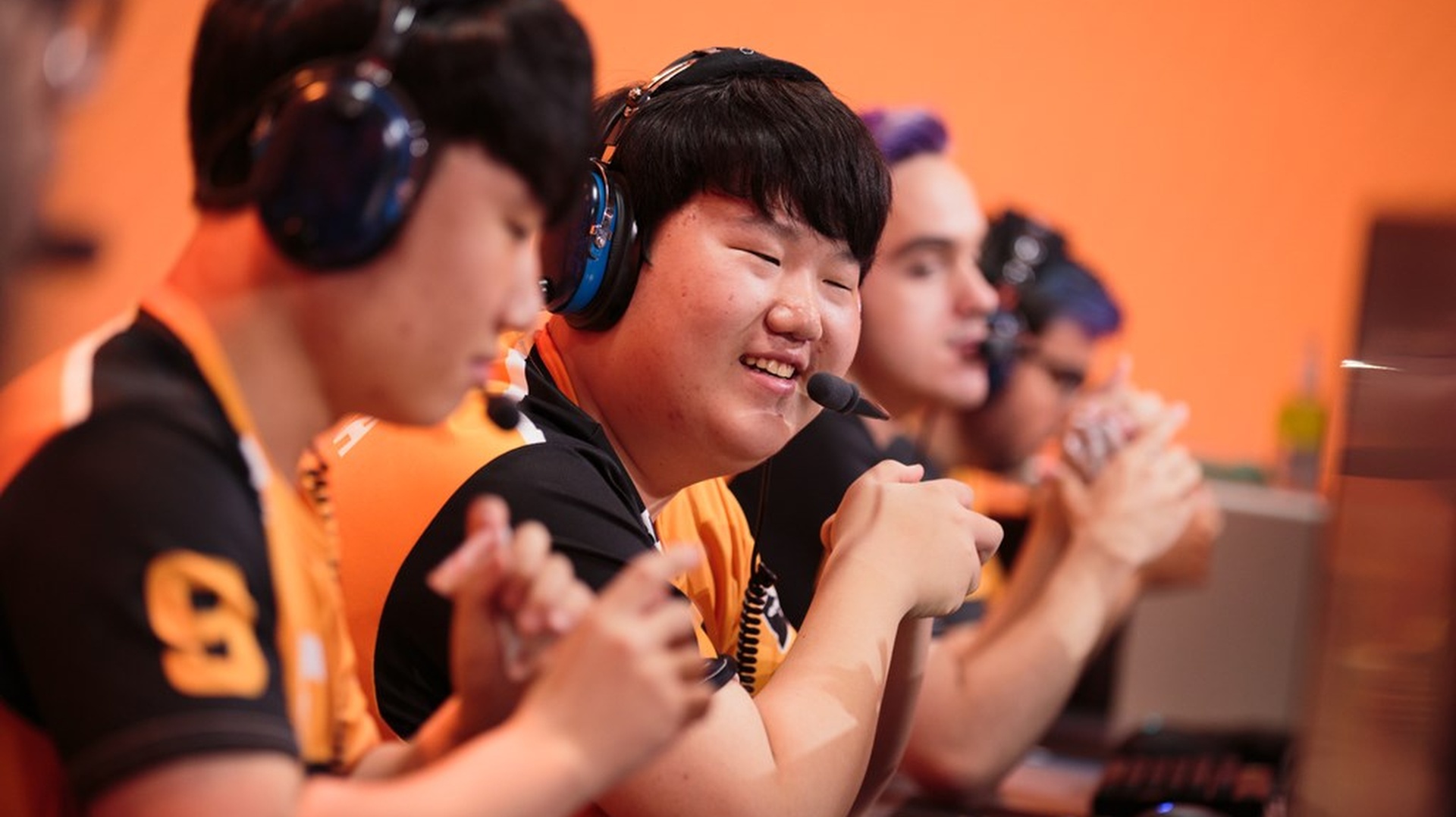 Expansion team players and new pickups used this first week to make their name heard. The Spark's D.Va player, Park "Ria" Seongwook, decked out the kill feed in pink seemingly every time his bombs went off, catching three or four opponents with deadly consistency (thanks to some help from his team's crowd control). Former Team UK and now Boston Uprising main tank Cameron "Fusions" Bosworth showed off his aggressive style, knocking down whole teams with Earthshatters. And the Reign's Lúcio specialist Petja "Maasa" Kantanen turned the support hero into an incredible damage dealer.

Season one veterans weren't there to be shown up, though. The Fuel's Dylan "aKm" Bignet and the Outlaw's Jiri "Linkzr" Masalin were among those who quickly settled back into clicking on head after head as Widowmaker. The Los Angeles Valiant's Indy "Space" Halpern ate four of the opposing team's Graviton Surge ultimates with D.Va's defense matrix in a single match. And of course, the NYXL's Bang "Jjonak" Sunghyeon returned to his old ways of being the most dangerous Zenyatta in the League.

Next week, the Spitfire will kick things off up against the Washington Justice, who are generally considered one of the lowest-rated teams, especially after losing their single match this week. Whether the Spitfire will be able to capitalise and net their first win or will just end up worrying their fans even more is another question.

After that, a slew of likely close matches should give a better look at the tangled knot that is the current power rankings –- or make things even more confusing. So far, most teams have looked very close, as evidenced by the pile of tiebreakers, and that could become even more complex as time goes on.

Until then, here’s a fun (if possibly unintentional) trick that the Chengdu Hunters played on the Guangzhou Charge in the very last second of their tiebreaker map. Don’t get overextended, kids.