There are less than three weeks left 'til Father Battlemech's big steel arse comes down the chimney, kids. A mere two decades after Mechwarrior 4 left off, Mechwarrior 5: Mercenaries arrives next month. While there's plenty of big robot fights to look forward to, developers Pirhana Games released a new trailer showing off what would-be space pirates will be doing all that smashing and crashing.

This quick tour of MW5's campaign gives us more than just an Atlas stumbling into an apartment block like some sloshed steel Godzilla. We finally get a good look at the nitty-gritty of managing an interstellar mercenary firm. If played those older MechWarrior games back in the day, or Harebrained Schemes' excellent BattleTech last year, this'll all be very familiar.

Like last year's tactics game, MW5 is less of a story-driven campaign than it is a freelance work sim. Sorta like what I do, only I've never demolished a warehouse by walking into it and my invoices never quite hit the millions of C-Bills. Travelling through an extensive star map, you'll be picking up missions for various factions.

Some worlds are better stops for picking up gear or hiring new pilots, while conflict zones offer up some high-risk contracts. That map looks quite a bit more sizeable than BattleTech's, too. Correct me if I'm wrong, but I reckon they've squeezed the whole Inner Sphere in here. Downtime during travel can be used to wander around your ship, repair your mechs, or check in with Rhiannah (not that one) for some new contracts. 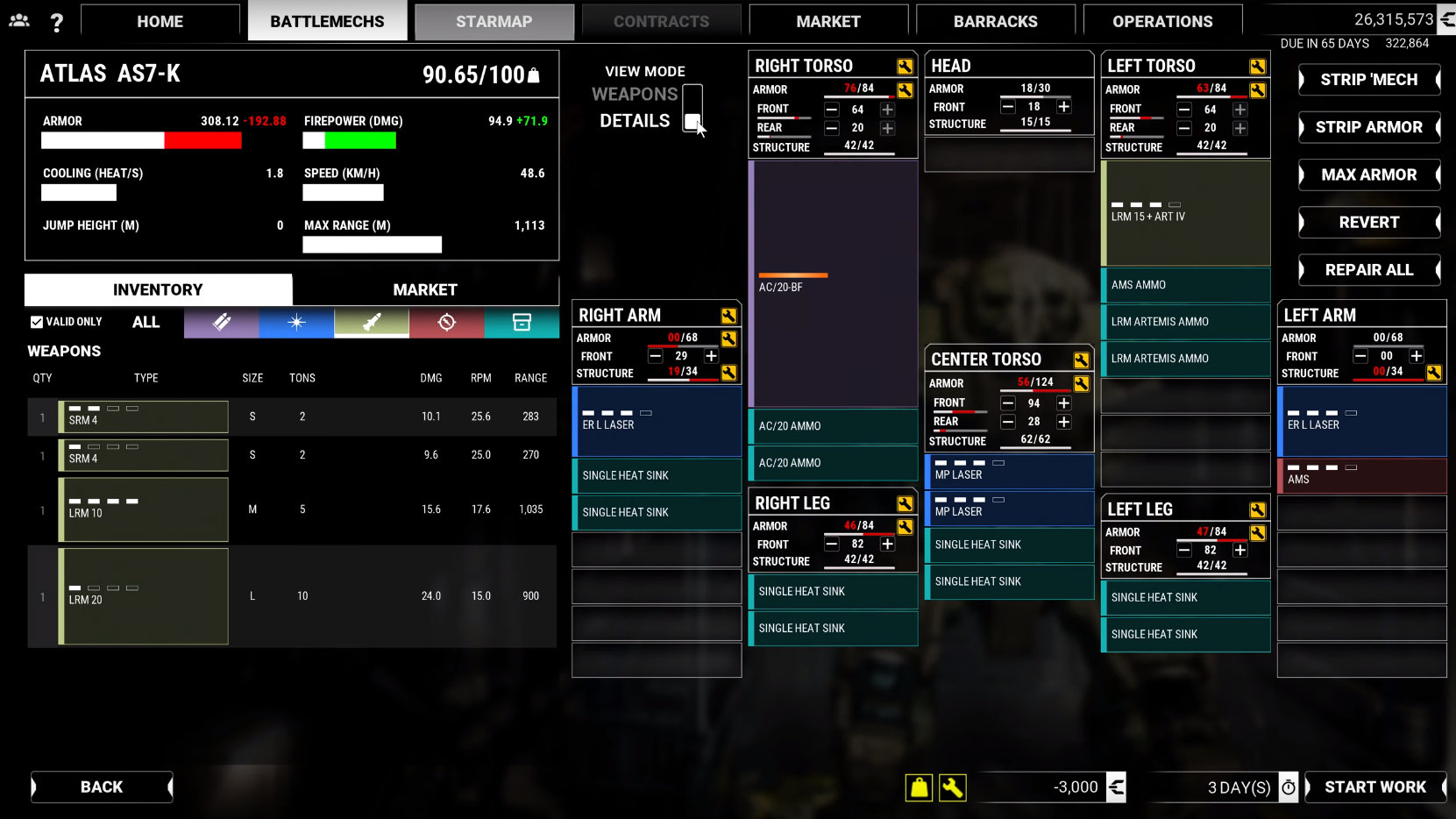 There's also a good look at loading out a mech with new gear, as well as salvaging new equipment in a post-mission screen. Naturally, creating a loadout means poring through an incomprehensible mess of numbers, slots, weight counters and heat considerations. Classic BattleTech. Besides just picking up bigger guns for bigger mechs, it looks like loot is split by loot 'em up rarity levels.

Fine, MechWarrior. You can be a looter-shooter, as long as the stomping's good.

Cor, it does look bloody good though. Look, folks, I really like Mechs. I love watching them stomp through fields, trees burning from laser fire, tanks and trucks crushed beneath a 55-ton heel. Towers erupting in glass and dust as stray autocannon shots plunge through a penthouse suite. That bit at the end where an Atlas and friends turn a small town to ash? That's the shit I live for.

MechWarrior 5: Mercenaries lands on the Epic Games Store on December 10th. Piranha have confirmed that it'll come to "other digital game stores" after about its exclusive year on Epic.