I recently talked to a group of people who were unfamiliar with games, about what games are. It's always a bit weird doing that, because the answer is often "I mean, IDK. What are 'sports'? Now please don't ask me if they're art." See also: when is a door not a door?

As ever, though, weird indie games provide the answer to most questions, if you look hard enough. In this case, I'm talking about Menu New Game+, available to fiddle with for free on Itch.io. When is a game not a game? When it's a series of start menus for games that don't even exist! Ha! Take that, films, you can never be as much art as that because you're not interactive and therefore can never be quite as meta.

You can play Menu New Game+ in browser, or download it. Each of the start menus is a tight little exploration of a different genre of game or sort of menu. The first, for example, is called Empires Of Idleness. The start menu is a new world generation tool, showing a person lying in a bed. Sliders on the side let you change the terrain and water coverage, but they just add more clutter to the room and glasses of water to the bedside table. 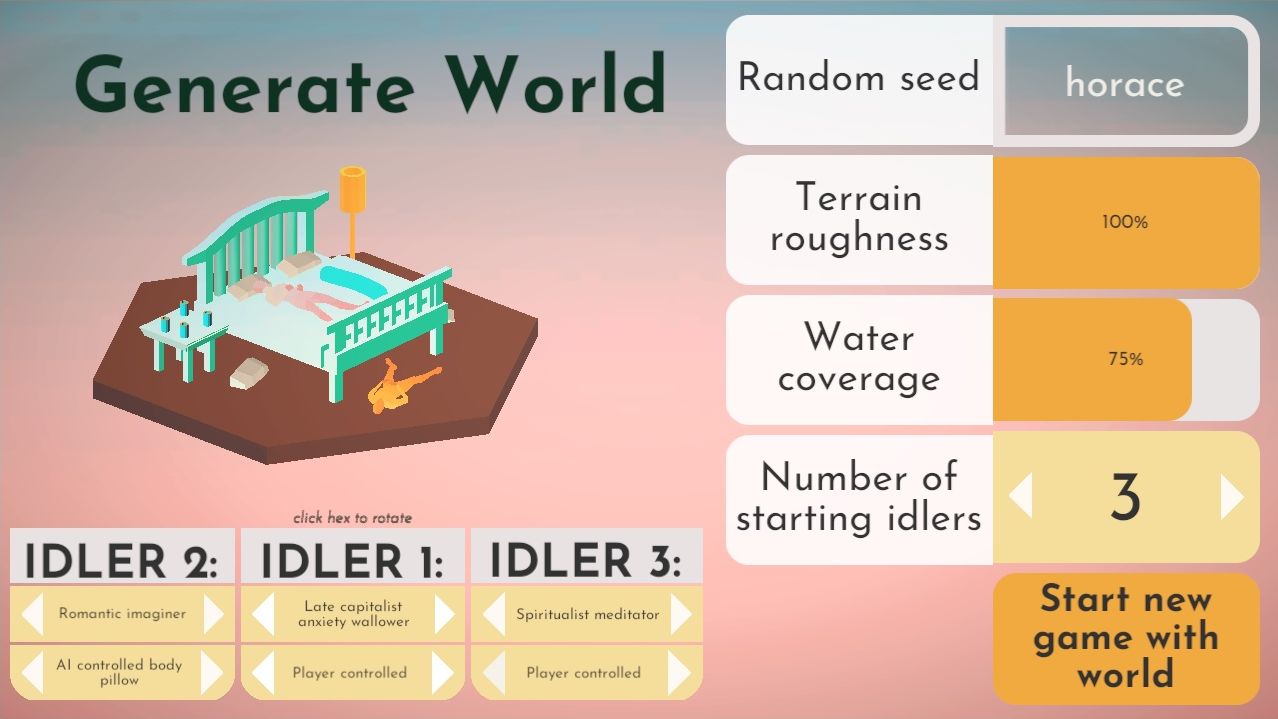 Took me ages to work out it was a sort of piss take of a 4X map creation.

My favourite of the games was Jitterbug, which is the header image of a beetle. It's a 90s shareware game where you play as beetles and have to put in a chroma key code to really quickly change the colour of the beetle to, for example, hide it from predators. There's even a table of colours and corresponding six digit codes, which, presumably, players would have had to memorise.

Menu New Game+ makes you feel like a clever, cultured person for at least half an hour.

Jitterbug probably isn't the headline game, though. That would be Peon Caravan, which is also on Itch independently. Peon Caravan is a prohibitively obscure colony sim, which appears to have a confusing ASCII map key in lieu of art, just like Dwarf Fortress classic. The main distinguishing feature of Peon Caravan is that it is patched every half a second.

The patches come from a neural network that developer Steven Sych trained from actual patch notes for Dwarf Fortress and Rimworld. Sometimes they are pretty normal, like "Added general purpose steel sfx". These are delivered to you, the player, in the start menu, where you can go to patch notes and 'Download Latest Version'. You never get the same run of patches twice, and I eventually gave up and started clicking 'download new version' repeatedly to see how long it would keep going. Theoretically infinite, it seems.

Sometimes they are slightly odd, as in "Scenario added: chase. You can now open the windows how u if u wanna fast track your carriageway or uh uh well open tha door there is now a slot for a chair, anyone can use one." I assume that's the generation breaking a bit, but it seems pretty close to how a dev would write patch notes if they were very tired. It's a fun time sink, and also Peon Caravan has really chill background music that I've left playing for a few hours now. 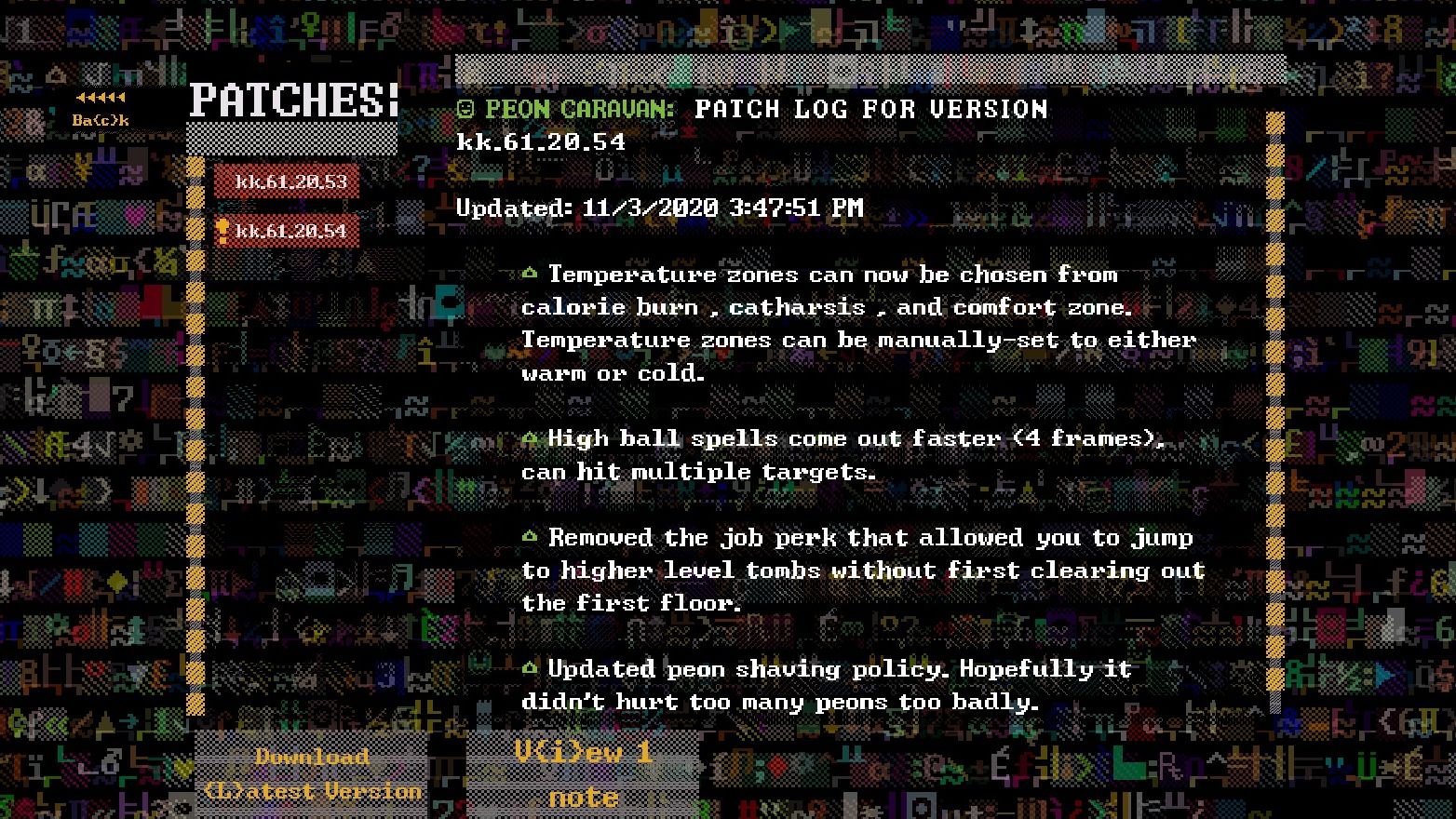 MNG+ has loads of little things to find in the nesting menus, and functions as a bit of a meta in-joke about games as well as a chin-stroking metaphor that makes you feel like a clever, cultured person for at least half an hour. I really wish at least one of the games existed, to be honest, but if they did that would entirely negate the point. The most annoying thing about MNG+ is that it includes detailed notes on the meaning behind each of the menus. Where's the trust??

At present, Menu New Game+ is only four fake games, but Sych has added at least one since MNG+ went live, and describes it as a "work in progress", so it's probably worth going back to it every few months. And, while it's free, it's also pay-what-you-can, if you can.