Monster Hunter World's first big expansion takes hunters to the rather chilly land of Hoarfrost Reach. The new stuff isn't just limited to what you discover in the frozen tundra, as Iceborne includes new monsters to hunt in familiar and new locations, as well as new techniques and Master Rank equipment. There's a ton more besides this and we'll be going through as much as we can. 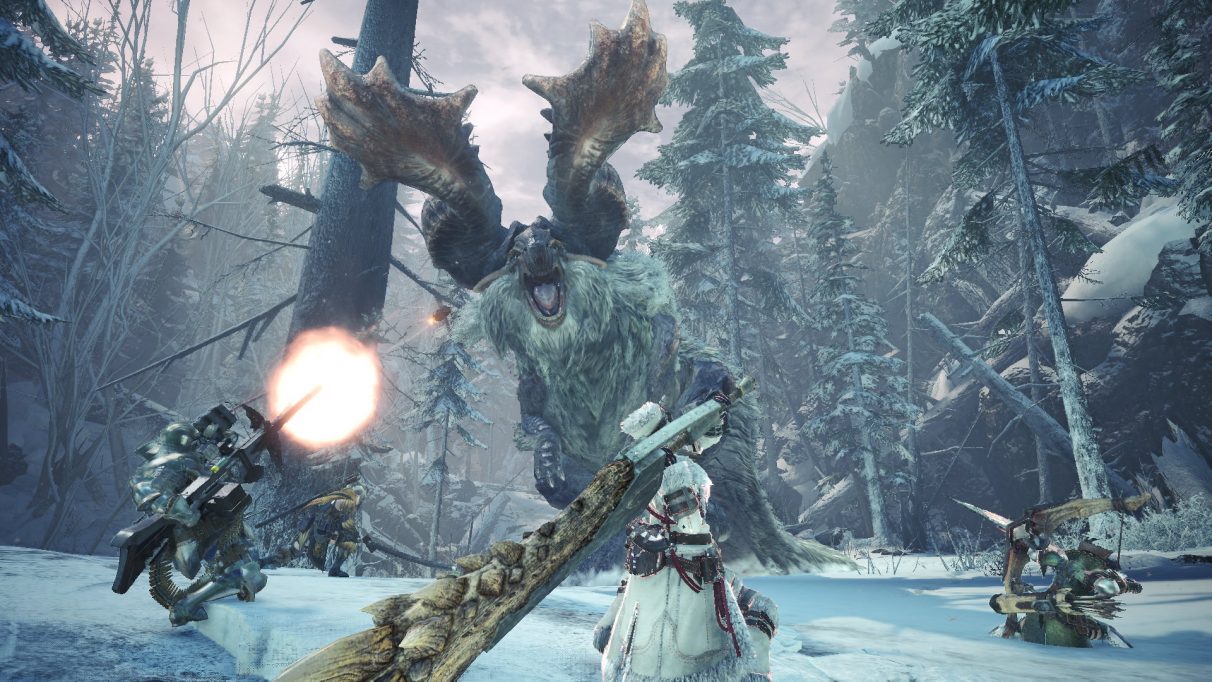 The Monster Hunter World Iceborne PC release date is January 9th, 2020 and will be released at the same time globally from 17:00 UTC. It's worth noting that this time means that some regions won't see the game launch until January 10th. The expansion is not a free update and requires Monster Hunter: World to run. 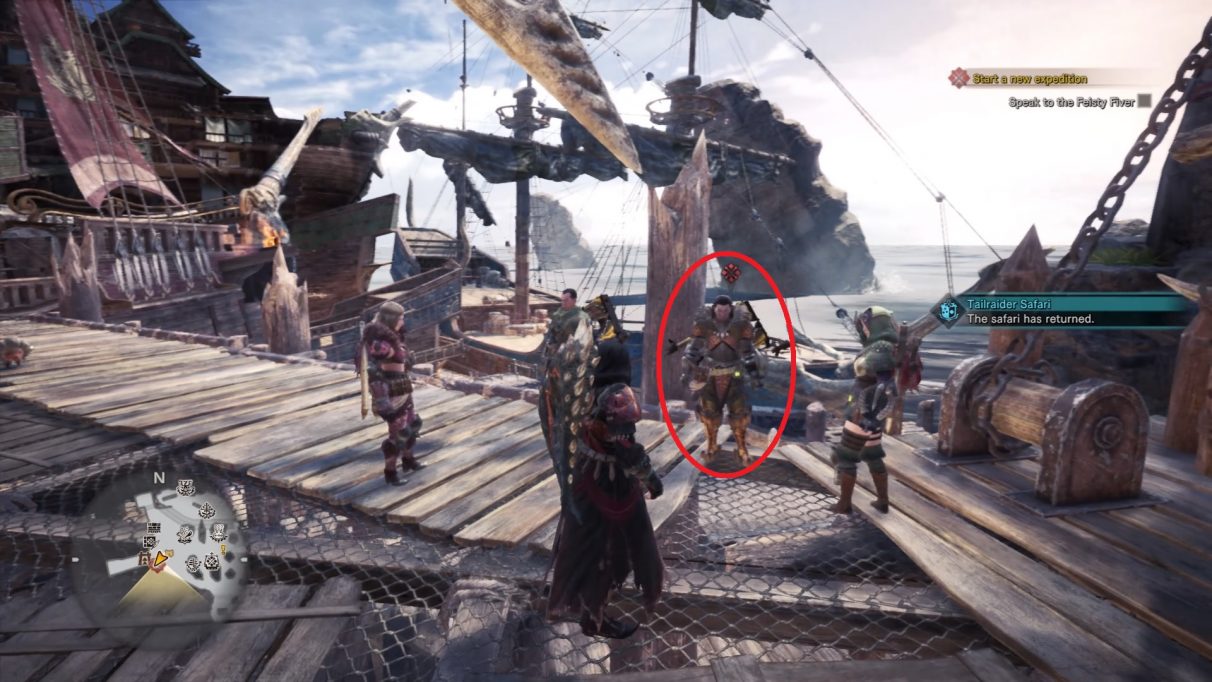 After you've completed Monster Hunter: World, look to the right as you enter Astera and you'll see a Feisty Fiver to speak to. Make sure you are prepared with armour to protect from ice-based attacks and weapons that have either fire or blast properties. Trust me, it'll save you some hassle in the long run. 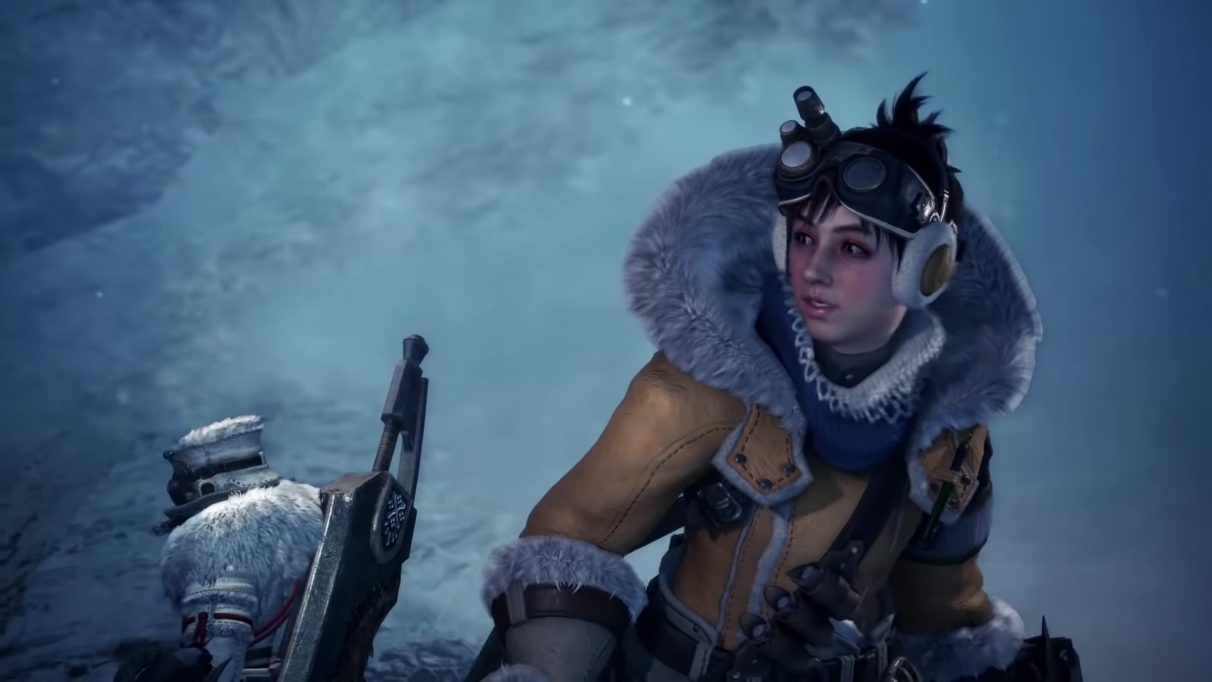 Monster Hunter World Iceborne introduces a lot of new features besides a plethora of new fauna and new varieties of previously existing fauna to hunt down for their parts. 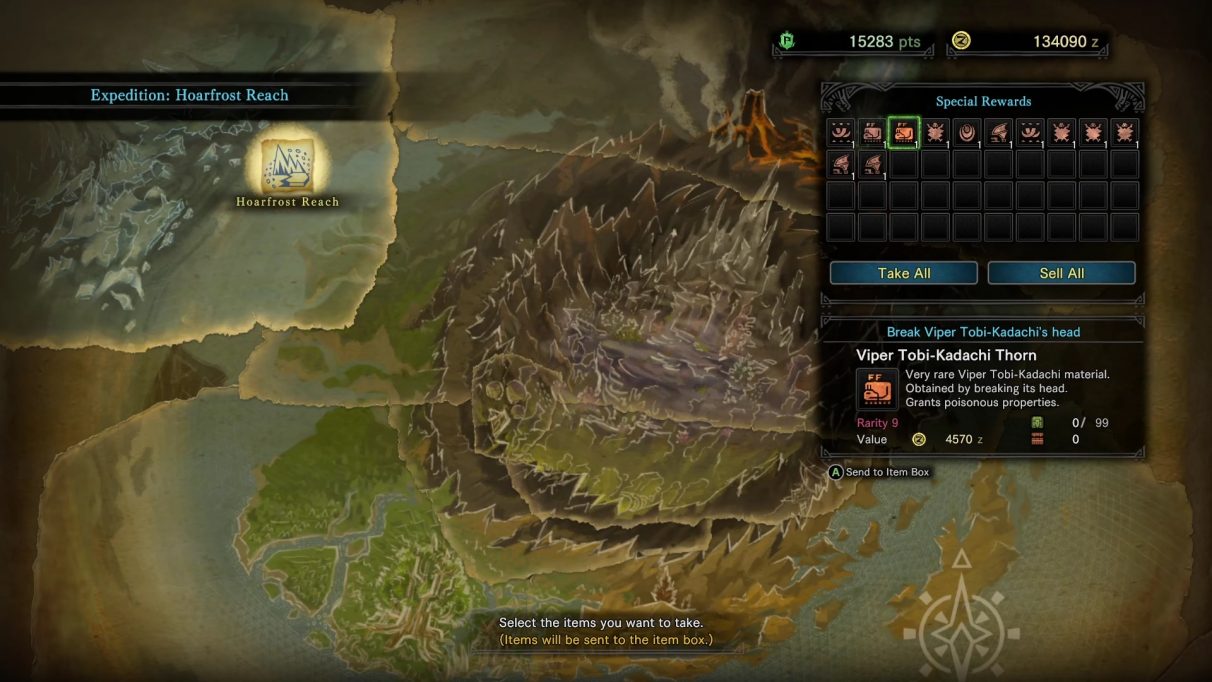 One big thing to note that's not obvious is that Master Rank changes how Flash Pods and stun effects work on enemies. Monsters now build up resistances to flashes every time they're stunned by them. While they can be stunned multiple times, the duration of the stun will drop if used in quick succession, with the monster eventually not being affected at all by flash pods. To combat this, time the flash pod shots to be far apart, maximising the duration of the flash pod stun. 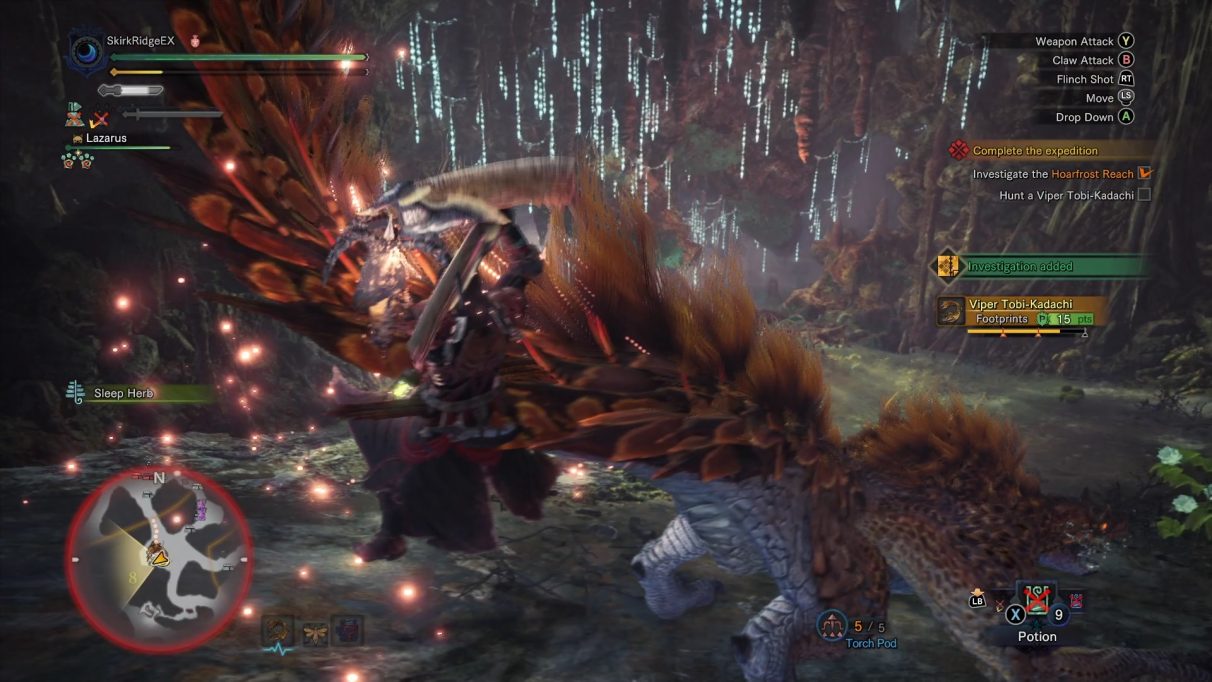 Slinger changes and the Clutch Claw

In a slight change to how slingers work, you can now fire off your slinger while your weapons are drawn. Slinger ammo was always a bit cumbersome to fire in the base game, so being able to fire a shot at any time makes it more convenient. This requirement change only applies to slingers however, as you'll still need to put your weapon away to use other items like healing potions.

The Clutch Claw is new to the Iceborne expansion and will allow you to latch onto certain parts of your enemies. This can be useful for targeting specific hard-to-reach body parts that you are aiming to break, as well as chipping off any armour that may be forming around the monster.

It can also be used to stagger a monster into a wall. When a monster is breathing heavily in one place, you can use the clutch claw to clamber onto it, you can make it change direction by hitting it with the claw, then fire all your slinger ammunition into it to make it stagger. If it staggers into a wall or obstacle, it will fall over, giving you an opportunity to attack specific limbs.

This is not the same as jumping onto enemies manually, as the attacks with the Clutch Claw for every weapon are unique. When using the Clutch Claw, make sure that you keep an eye on your draining stamina as you can fall off. An attacking monster can also deal damage to you while you're on board, so do jump off it it's looking a bit dangerous.

To ride animals, approach the smaller creatures and walk around them until the prompt appears. Animals are useful for item gathering as they will, at times, stop to dig up items. Here you can press the button prompt to unearth some extra treasure such as Adamant Seeds.

There are considerable downsides though. Your attack options while mounted are limited to your slinger though and you can't manipulate the movement of the mounted animal, so if a hungry Anjanath is bounding up behind the Popo with its teeth bared, disembark quickly.

You can also have certain creatures available for "Raider Ride" by talking to the Palico at your camp multiple times after starting an expedition. This will unlock all the raider mounts for all areas you've befriended the Grimalkyne in Monster Hunter world (find out how to befriend the Grimalkyne in our Monster Hunter: World Palico guide). The exception is the Hoarfrost Reach area's Wulgs. To make the Wulgs (the skunk/badger creatures) a rideable mount, you'll need to complete a few quests for the Lynian Researcher sitting in front of the commander tent in Seliana. This requires you to perform certain steps: 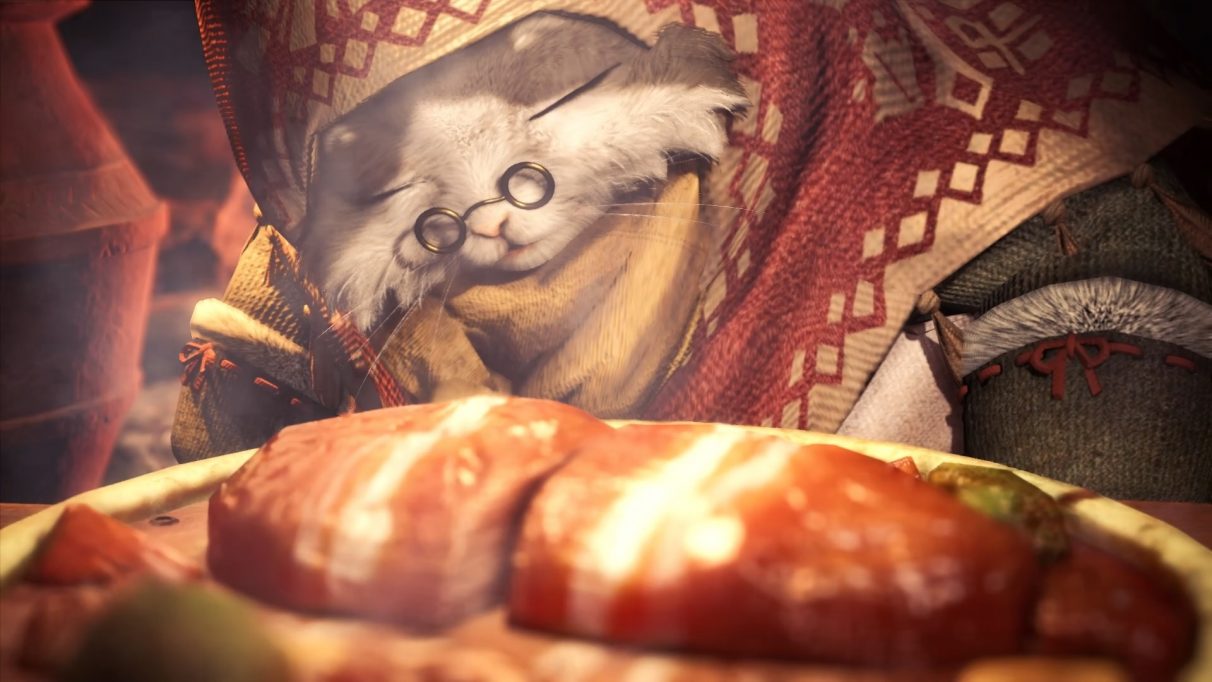 Hoarfrost Reach is the new hunting area in Monster Hunter World Iceborne, bringing the total of available areas to six. It is a multi-layered location that combines the frozen wilderness with underground caverns. To combat the cold weather that is draining maximum stamina, a new item called the Hot Drink, can be crafted by picking the Hot Pepper items scattered throughout the land. You can also use the hot springs to aid you here.

With the brand new region comes a new hub area called Seliana. It largely has the same facilities as Astera, though it has a new head-chef in the canteen and a brand new facility called the Steamworks where correctly guessing the randomised sequences rewards you with lots of items. Your personal room can be customised to a greater extent as well.

Finally, here are some other guides you may be interested in for Monster Hunter World Iceborne: