How do you make one of the more annoying large monsters from the main game more annoying in Monster Hunter World Iceborne? How about giving it a sleep inducing gas that it can waft around like a bad smell. It makes Paolumu's hard-hitting, but otherwise very avoidable attacks a lot more dangerous. But as long as you avoid the gas clouds, you should be fine. 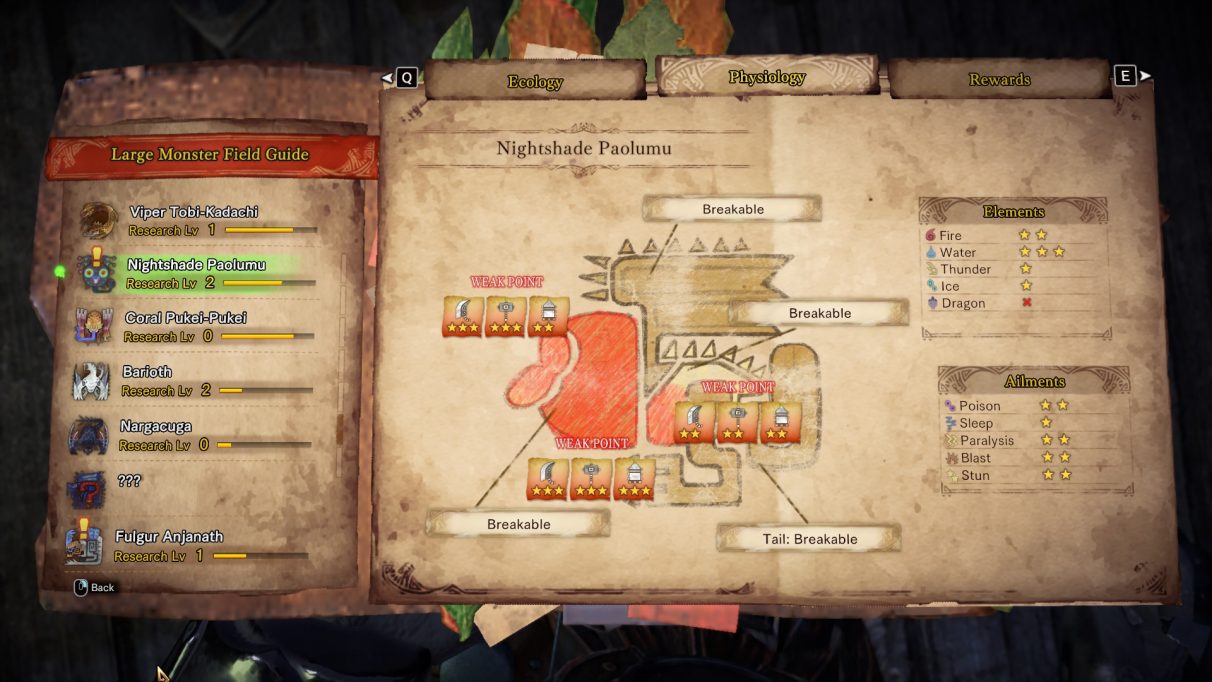 Trying to put this monster to sleep is a rather futile idea, but the Nightshade Paolumu is surprisingly resistant to most elements and ailments. In fact, its only true weakness is water. It could be rather difficult to try and kill it with other elements, but Dragon is definitely one you should not take with you. As for defensive options, any sleep-resistance items and decorations will be valuable. 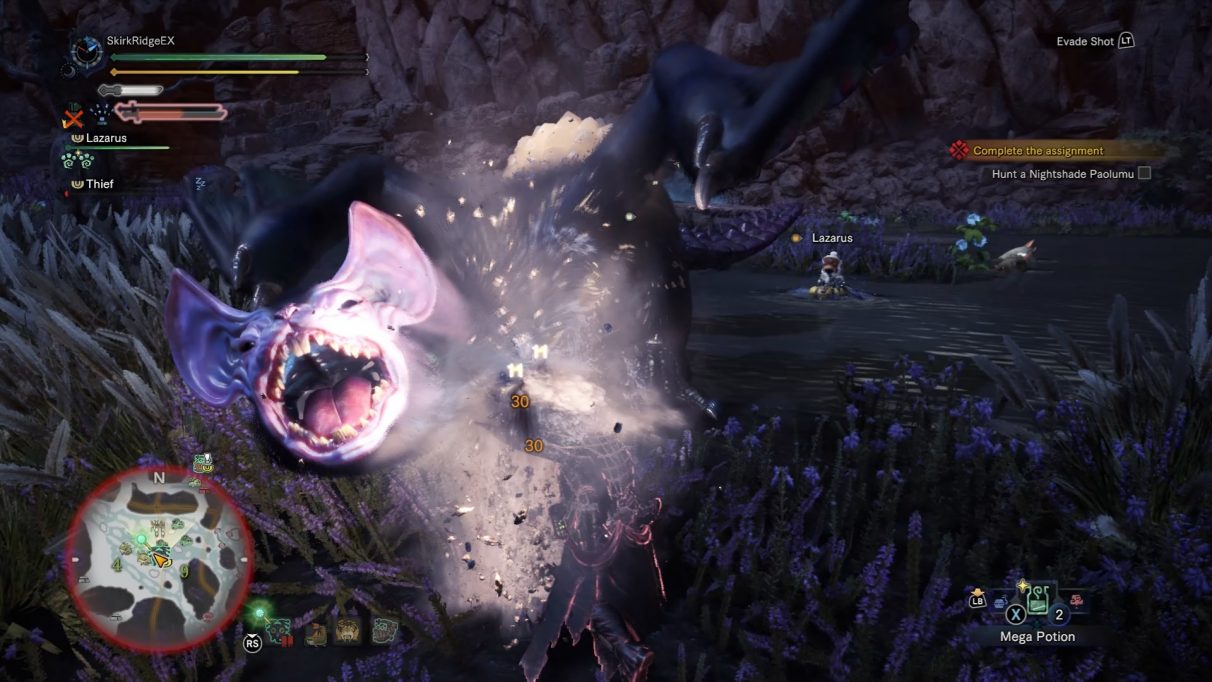 How to hunt Nightshade Paolumu

While it's flying, there are various tail swipes that Nightshade Paolumu will use when not spitting out sleeping gas. It should be easy to avoid them as there's a bit of windup before it swipes the tail across or slams it to the ground. It does not do many of the attacks the regular Paolumu does, so it's worth taking a step back and learning all of its aerial attacks.

With enough sustatined attacks or a well-placed slinger shot to the inflated part, you'll send the Nightshade Paolumu hurtling to the ground with enough sustained attacks on the throat sac (use the new Clutch Claw to latch onto it in the air can help with this, just be careful of any of its attacks). While it's on the ground, its attacks are more varied, but they also hit for a lot less damage. Sticking to the face is generally the way to go. The only real attacks you'll need to prepare for are its charge attack and tail swipe. It attacks in a very similar way to the regular Paolumu, so have a look at our Monster Hunter: World Paolumu guide for more on those ground-based attacks.

The main thing about this fight to watch out for is the location of the sleep gas that Nightshade Paolumu scatters around the battlefield. It lingers for a long time and in the right circumstances, it can even suck in the sleeping gas to its current position. You do not want to ever be in the sleeping gas.

It usually follows up any attacks that create or move the sleeping gas with its new dive bomb attack, which can take off over half a maximised health bar. If you've been hit by the sleeping gas, you'll be able to move very slowly for a short time before falling asleep, by which point the Nightshade Paolumu will be diving right at you. 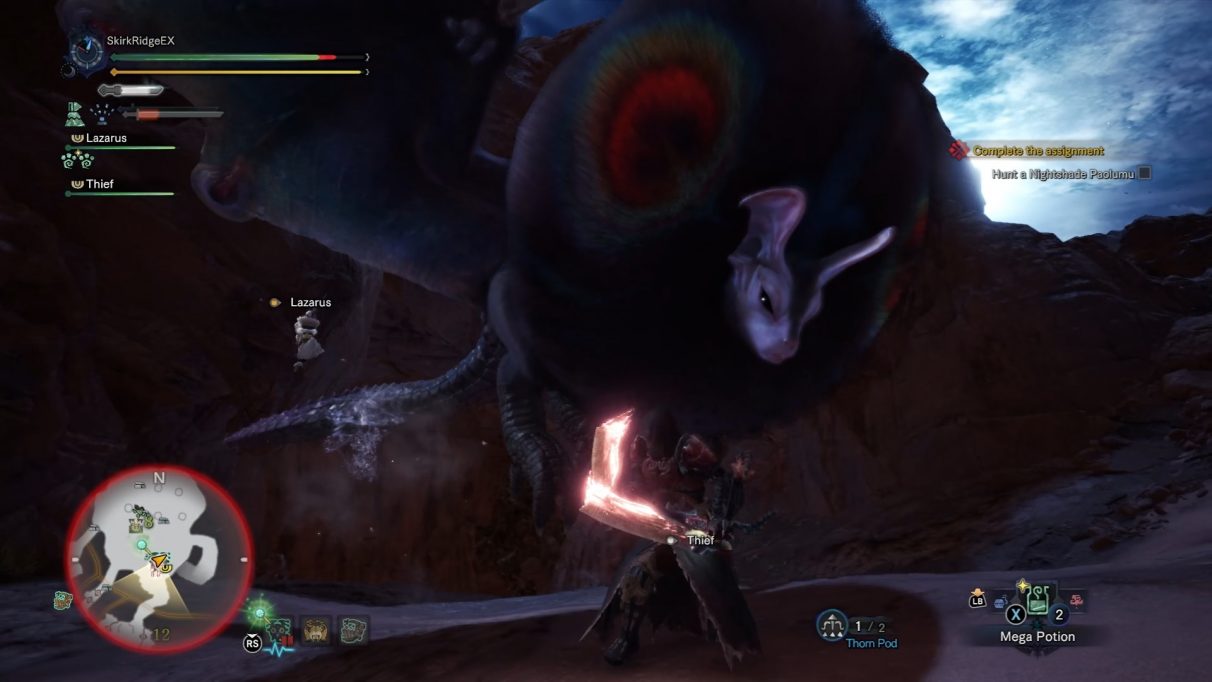 We have a whole host of other useful Monster Hunter World Iceborne guide pages for your convenience. Why not take a gander? If you want to check out the previous boss guide, head to the Banbaro guide. The game had split around here to include two more regional variants. You can find guide here for the Coral Pukei-Pukei. If you've beaten both of them though, the Barioth is the next main monster to defeat.