We're now into the final stretch in our Monster Hunter: World guides and perhaps the most unorthodox of all the Elder Dragons - Vaal Hazak. This zombified monstrosity is always surrounded by a gassy cloud that if you're not prepared for will make this a short and unsuccessful hunt. This guide will go through why the cloud is bad for you and Vaal Hazak's attacks, as well as how to kill it and what its weaknesses are. 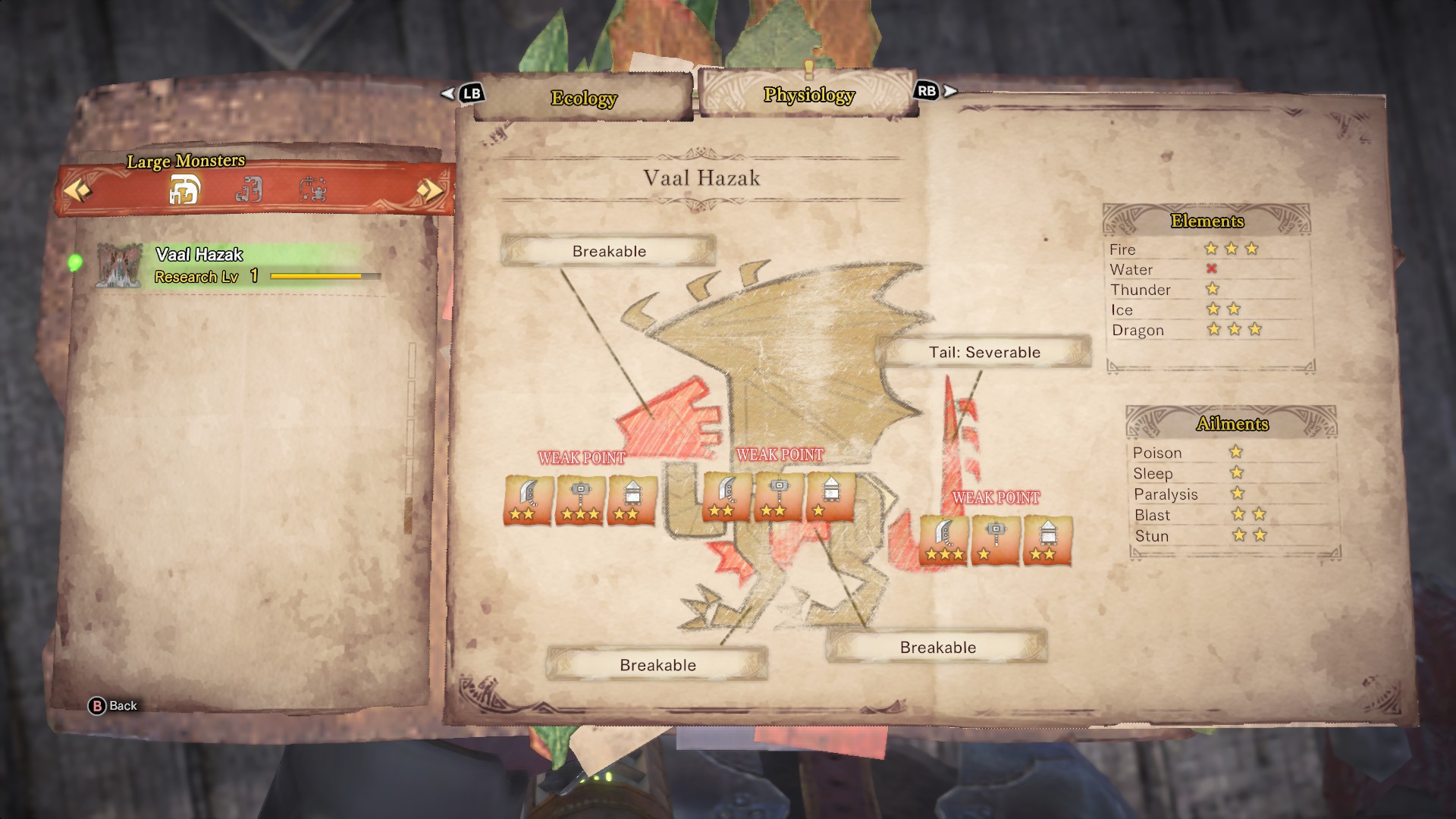 Fire and dragon are major weaknesses for Vaal Hazak, while ice can do a good chunk of damage should neither be available to you. It is fully resistant to water attacks though, so try not to use this element. Vaal Hazak is a lot more resistant to ailments, meaning that only blast and stun will have any great affect on it.

Weak points include the head, torso, and tail and all have varying different ranges of weakness depending on weapon choice. Ranged weapons are not a good fit for this fight as none of Vaal Hazak's weaknesses are as good against it and its ranged attacks are perhaps its most devastating. Blunt weapons are only really good on its face, while bladed weapons seem to be the most consistent weapon of choice. Breakable parts include the head, torso, and claws, as well as the severable tail. This is one fight where swinging a bladed weapon is the best choice. 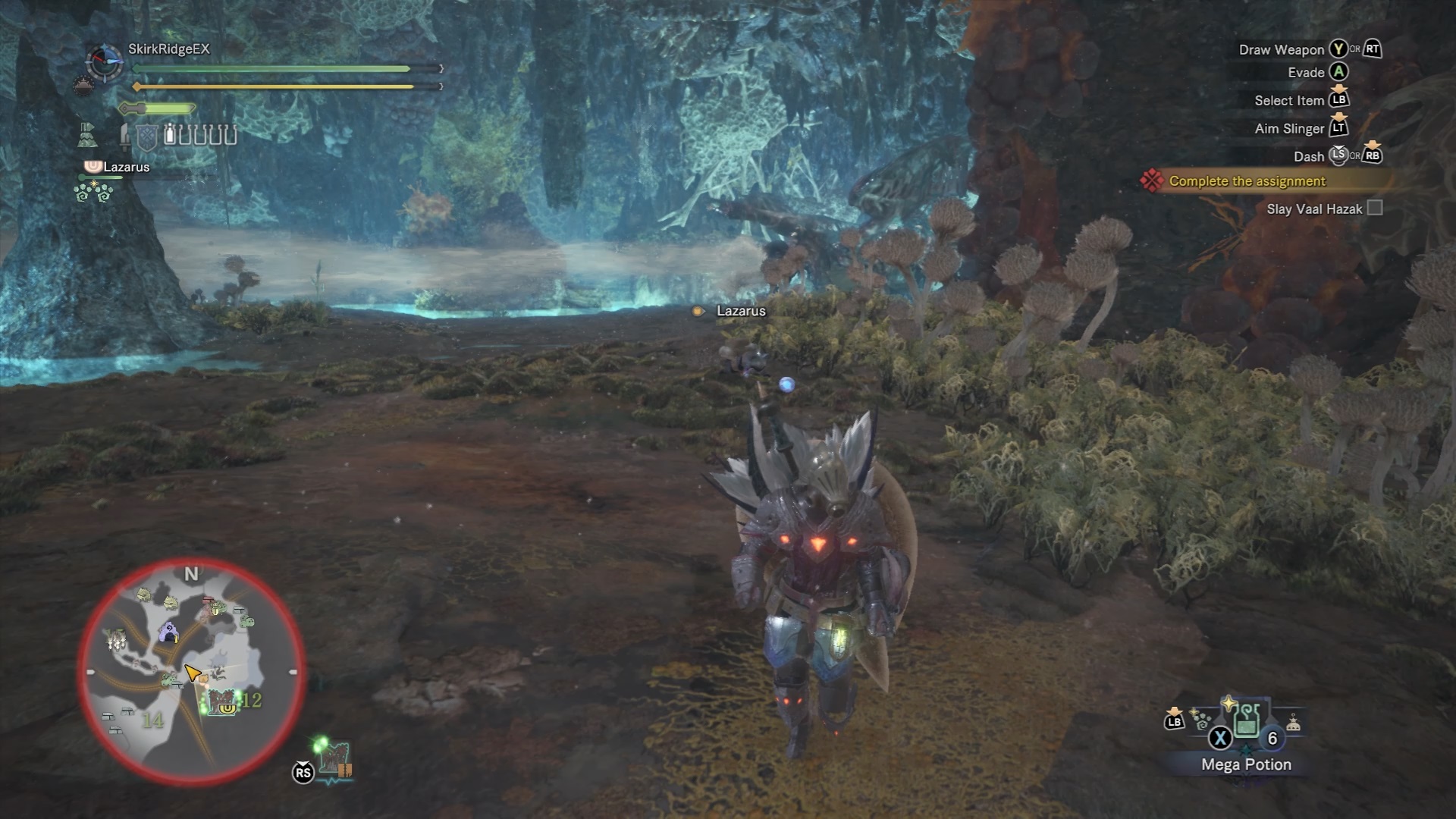 How to kill Vaal Hazak

As this is an Elder Dragon, you can't capture it, so no Tranq Bombs should be brought into this fight. Instead bring along all the barrel bombs you can carry, as well as any available healing and health/stamina boosting items. In addition to that, you should definitely bring in a full stock of health bar increasing items, as well as all the Nulberries you can carry. Certain equipment can neuter its smog, which is the number one thing to keep track of in this fight, however the fight is very doable with Nulberries. Flash pods are also worth bringing with you for certain circumstances.

Its attacks are rather limited. Up close it can do the usual bites and claw swipes, but its tail swipe comes with a little flick at the end just in case you dodged the first attack. It will nearly always scream before it attacks with its charge, so listen out for the audio cues. It can also leap a short distance to pounce on any unsuspecting hunters. It does have a surprisingly long time to recover before attacking once more for any of its physical attacks, so get a few hits when you can.

If it rises up and screams, find some cover to hide behind or get behind it. The spew of gas that it projects is not only a highly damaging attack, but it will also inflict miasma on you. There are also times where it will breath on the ground, so get as far away as you can from the gas and keep away as much as you can. Should you become inflicted with the miasma, you'll be affected by its drain attack, which also hurts any NPCs around it that are also affected by the miasma. When it becomes enraged, it will have a small cloud of gas around it for a short time. Make sure you don't over-commit to attacking it when this is the case, as you'll only become infected.

One thing you should keep an eye on is the Girros population. Having a companion Girros thanks to the Grimalkyne relationship you can obtained lightens up the numbers, but it's easy to become paralysed by the smaller lizards before a devastating attack from the Elder Dragon. To learn how to make friends with the local Grimalkyne, head to our Monster Hunter: World Palico guide. 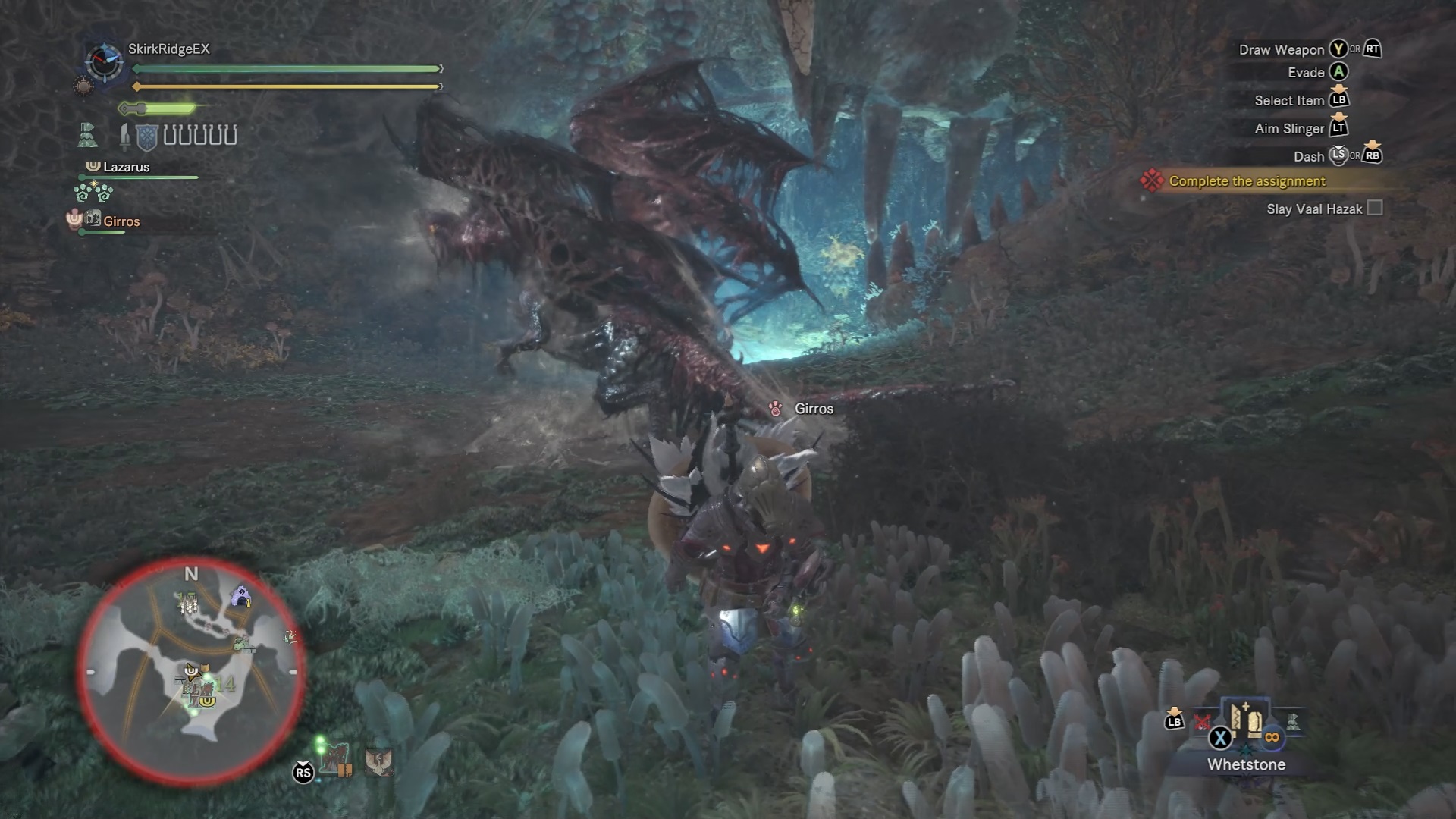 How to cure Vaal Hazak's miasma

While its attacks may not be much to write home about compared to the other Elder Dragons you've faced so far, the miasma is the most annoying aspect of this fight. It's really easy to become afflicted with it and it has some nasty consequences. Not only do you steadily take damage, you also lose half your health bar, making it very easily for Vaal Hazak to one shot you at full health.

There are several ways to mitigate the risk. Firstly, if you happen to have any miasma gems equipped, this will reduce the amount the health bar goes down by. Having three equipped will negate the entire effect, but will still chip away damage from you. You should also have meals that focus on health improvements, as well as use Max Potions, Ancient Potions, and Nutrients to bolster your health bar. The only real way to cure the miasma is to eat a Nulberry, which you should have a full stock of before fighting Vaal Hazak, but you'll likely also need to pop a healing item off too to heal back to full health.

What materials can I get from Vaal Hazak?

Vaal Hazak is definitely one of the harder fights in the game, but has materials that are sought after.  The best way to consistently obtain them is to team up with other players to fight this monster again and again for better rewards. Those looking to team up with friends should check out our Monster Hunter: World PC multiplayer guide. For more on how to use these items, you can either check out our Monster Hunter: World combat guide or our Monster Hunter: World armour guide. In the list below, the stars indicate the frequency in which the item in question will drop, as well as details on whether some items are obtained by breaking a specific part of the monster.