So Mordhau has a Battle Royale mode, because of course it does. I've only recently come round to trying it out, because the servers (at least in Europe) were always pretty janky. But in the last few weeks I've been playing it rather religiously, and y'know what? If you haven't given BR as much thought as the other modes like Frontline or Skirmish up until now, consider this an open invitation to start now. The below Mordhau Battle Royale guide is packed with practical tips and tricks for dominating this mode, frequented by some of the finest warriors the game's playerbase has to offer.

While you're here, why not check out our main Mordhau guide page? It's packed with some really good practical tips on how to improve faster than anyone else around you, and you can also find links to all the other areas of our ever-expanding Mordhau guides series from there - we've got it all covered, everything from Mordhau melee combat to the best Mordhau builds/loadouts out there. 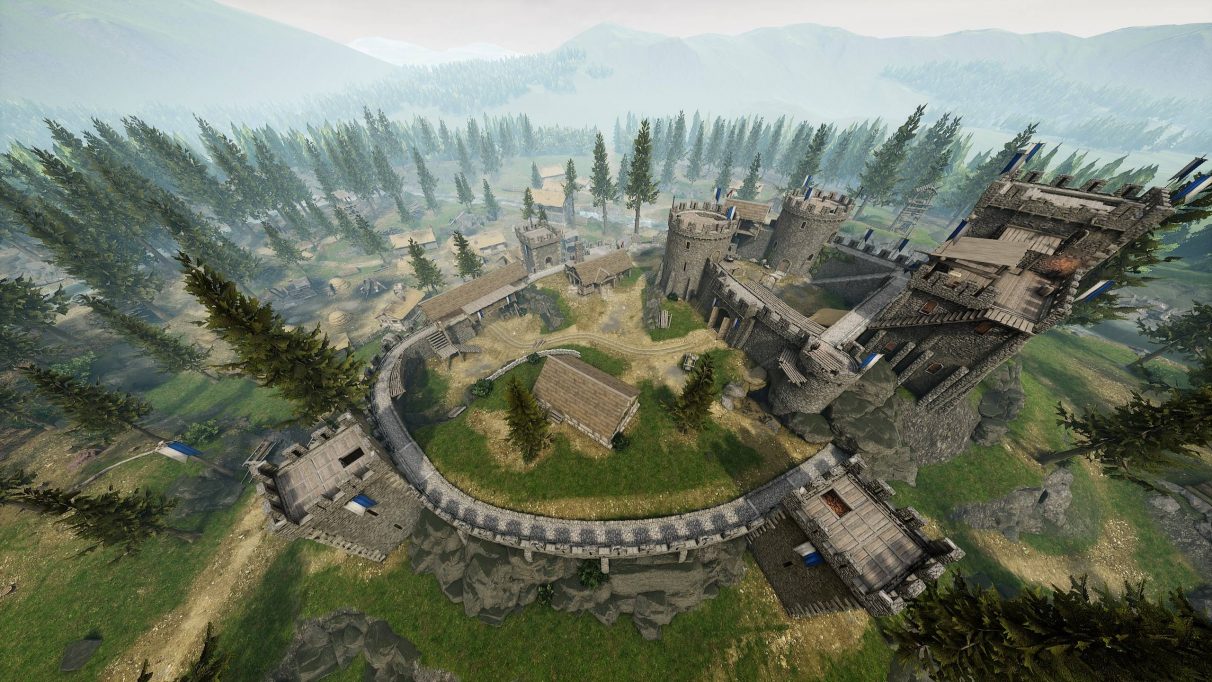 For those few left upon the Earth who aren't yet intimately familiar with the concept of a BR, I'll start with a brief overview of Mordhau's Battle Royale format and how it all works, before moving on to some in-depth and practical tips specifically for consistently winning matches on Battle Royale servers. Click any of the links below to skip ahead to a particular section. 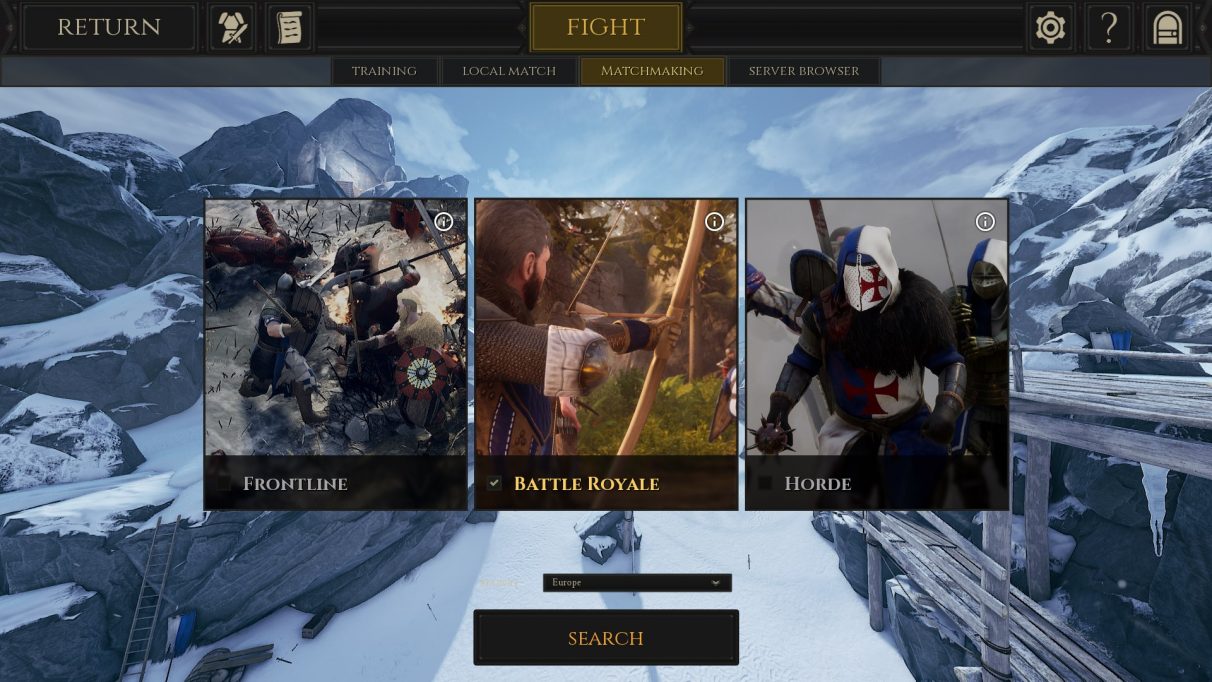 Mordhau Battle Royale overview - how it all works

Mordhau's Battle Royale mode will be instantly familiar to any who have played Fortnite, PUBG, Apex Legends, or any of the other games currently dominating the genre (and the games industry as a whole). You and up to 63 other players are dumped into the largest variants of Mordhau's maps (which are still all exceptionally small for a Battle Royale of 64 players) and, starting with nothing but your fists, you must loot chests for weapons and equipment, and fight to be the last person standing.

Much like other BRs, there is a border which starts outside the bounds of the map and slowly contracts, forcing players closer together by damaging those caught outside - but in Mordhau's case, this border will instantly kill you if you step outside it. So yeah, keep an eye on it - and also look for opportunities to play the border by forcing enemies into it, because that's just about one of the most satisfying ways to kill a good player, let me tell ya.

Health also works less like it does in regular Mordhau modes like Frontline, and more like in Horde (or indeed other Battle Royale games). Rather than healing up quickly after a few seconds outside of combat, the only way you can replenish lost Health is by killing enemies, or by using Bandages.

As you reach the final 20-or-so players in the lobby, the game will start to scare you with big "CHONK" noises, letting you know that your chances of coming out on top are slowly but surely increasing the longer you remain alive and whole. Keep an eye on this counter at the top of your screen, because the number of players left in the game should determine your style of play. If there's just one opponent left then you can feel free to run around seeking them out; but with 10 other players still in the game, it may be wise to play in a slightly less attention-grabbing manner. 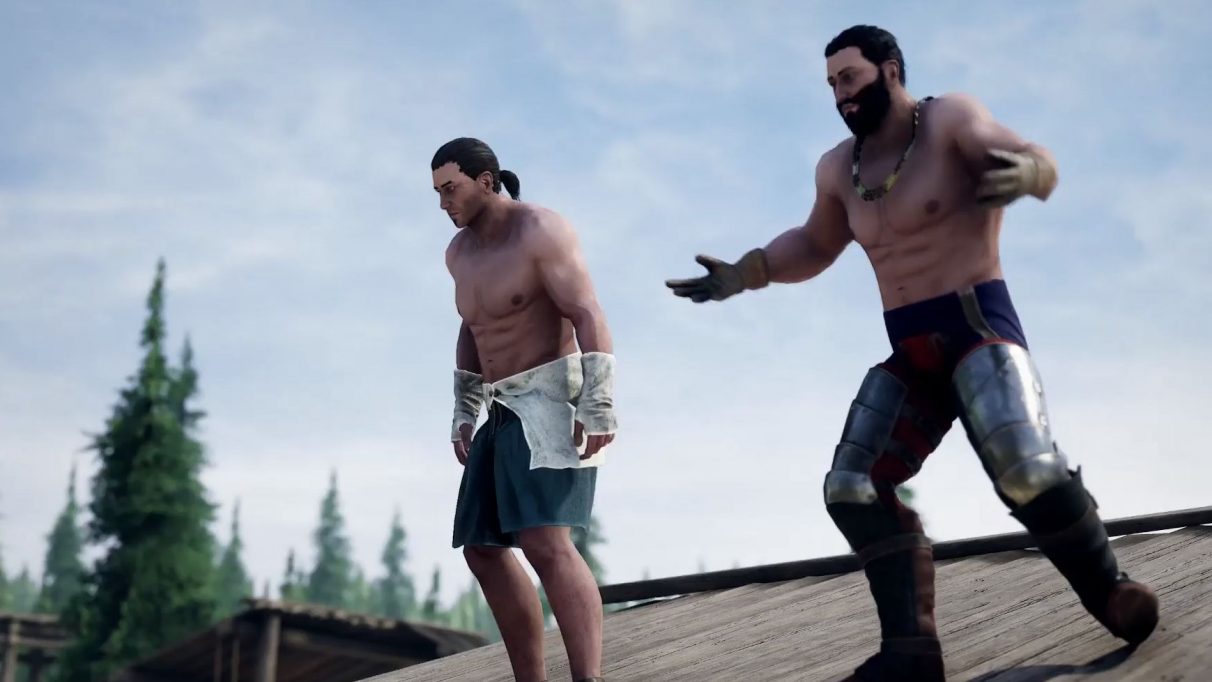 Now let's get stuck into what you can do to help overcome the 63 obstacles in your path and start winning some Mordhau Battle Royale matches of your own. 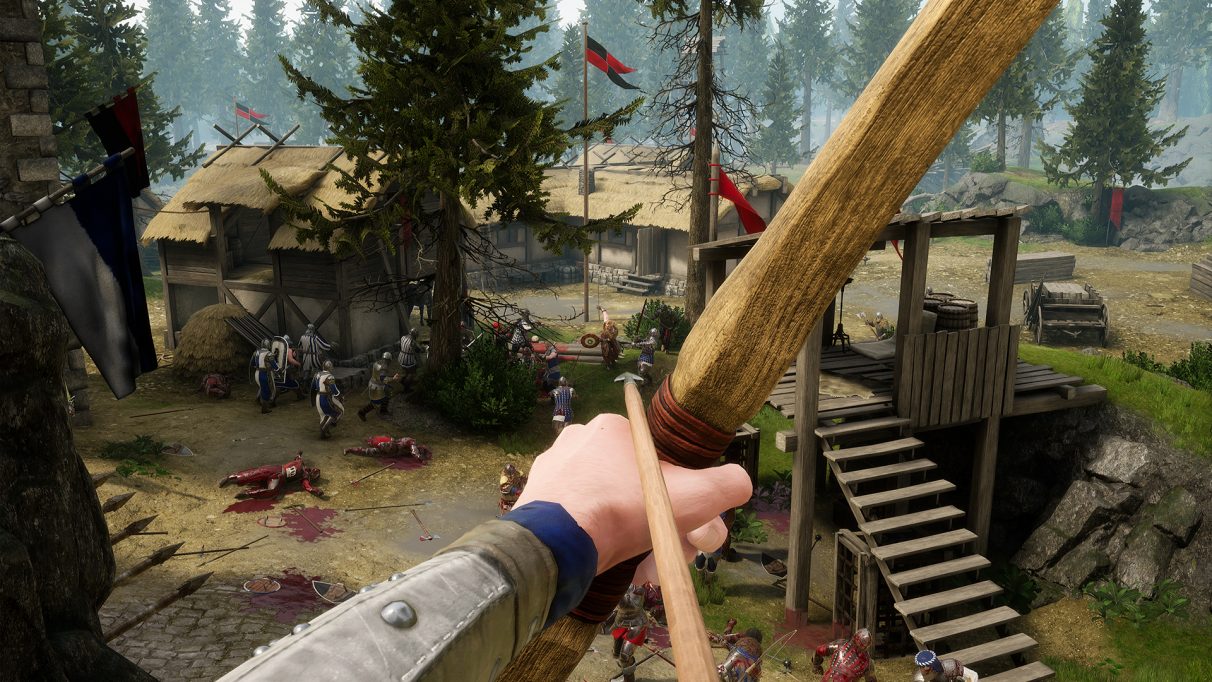 Right, I think that should be enough to give you a boost with your Mordhau Battle Royale-ing for the time being. Let us know in the comments how you get on, and be sure to check out all the other pages in our Mordhau guide series for all the latest stats, tips, explanations, and strategies for this wonderful medieval decapitate-'em-up.