Mortal Kombat 11 has a pretty big roster if you don't include the unlockable Frost and preorder bonus that is Shao Kahn. However, there is a Kombat Pass available for the game and NetherRealm Studios has revealed which familiar faces you'll see out of six additional characters that you'll be able to play as later this year. A few days before EVO 2019, we got a bigger look at Nightwolf, including his release date.

There are six characters confirmed to be in the pass. While not all of them have been revealed so far, there have now been four who have been identified and the other two are heavily implied in the trailer through some sound effects. These characters will also be individually sold when they're released, though the pricing for each one is not confirmed as of yet. Below are the confirmed characters in the Mortal Kombat 11 Kombat Pack.

The other two characters are speculation, so we'll give the reasoning behind why we think this is the case:

Note that one more character - Shao Kahn - is available separately and does not make up part of the Kombat Pack. He was previously a preorder bonus. Frost is also available to purchase separately but can be unlocked by completing Chapter 4 of Mortal Kombat 11's story mode. 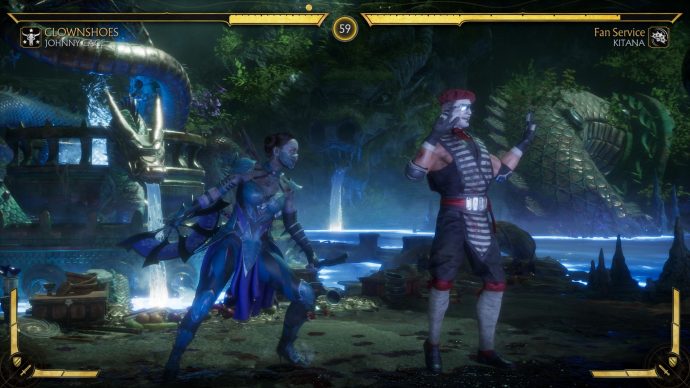 In addition to the six new characters, you'll also get the following items. It's not clear how you'll be able to purchase the other

Sadly, there are a couple of skins that are only available outside of the Kombat Pass, but are purchasable in-game. These are: