If you click on a link and make a purchase we may receive a small commission. Read our editorial policy.
Developer: Mediatonic
Publisher: the Irregular Corporation

Murder By Numbers, which would seem to be tailor-made for a few of the RPS staff, is a murder mystery visual novel, where you gather clues by completing picross puzzles (also known as nonograms or griddlers).

Aided by a small, cute robot called SCOUT, who consists almost entirely of a flying CRT monitor screen with a face, actress Honor Mizrahi falls into detecting when the producer of her own murder mystery TV show is killed on-set. Honor had played the bumbling detective on the show, which was called Murder Miss Terri, and which looks great. In fact, Murder By Numbers has the dubious honour of being the only game where I want to watch both a TV adaptation of the game itself, and a version of the fake TV show nested in it. The game even has an absolutely slammin' theme song prepared for this eventuality.

As well as the gentle TV shows adored by both a) millions of grannies and b) me, a 30 year old woman increasingly staring down the barrel of becoming her mother, Murder By Numbers owes a lot to the Phoenix Wright series of detective games. The cast of characters (including obligatory gay best friend K.C., obligatory high-maintenance-with-a-heart-of-gold starlet Becky, and obligatory gruff-but-ultimately-loving policeman Detective Cross) end up embroiled in a bunch of murders that have taken place in and around 90s Hollywood. Supporting characters enter and leave the picture as required, as Honor and SCOUT move between locations at crime scenes, to interview suspects and scan evidence.

The latter part is where the picross comes in. Picross is a logic puzzle of a sort you may have encountered and hated as a child. Cells in a grid are coloured or left blank according to what the numbers at the side of them suggest. If one clue says '5,4,2', for example, you know the line has a block of five coloured squares, then a block of four, and then a block of 2, but with an unspecified number of blank squares between them. When you fill in the grid right, it makes some kind of picture. 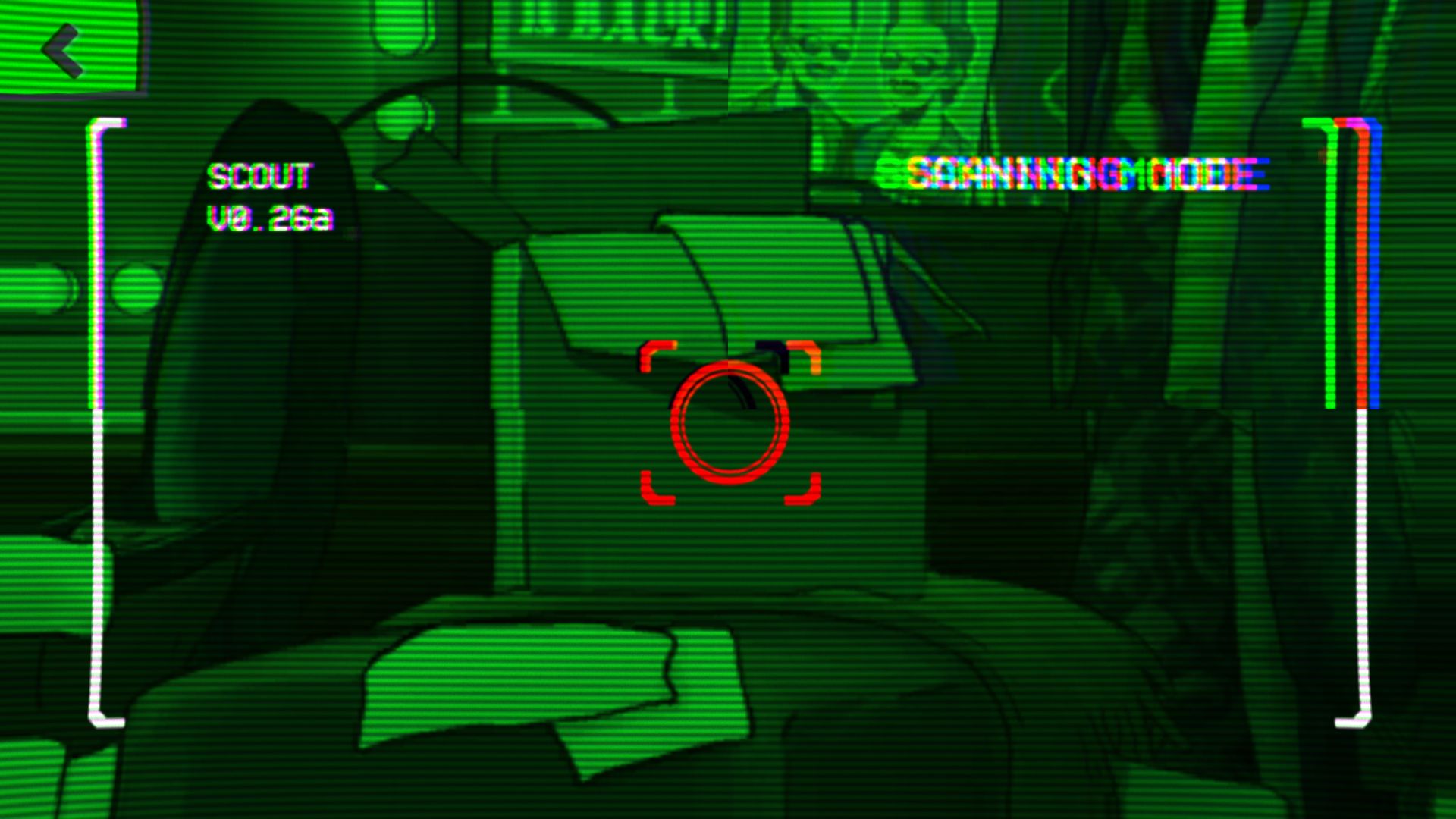 Murder By Numbers does a decent job of tutorialising this process, in case you're not a nonogram expert (as if any hip millennial isn't, though, am I right?) before throwing you in with puzzles that get gradually trickier. If you get stuck you can ask for hints, and the game will do things like check your grid for squares that are wrong. But you'll get points docked for that, and thus earn a lower detective score at the end of the case.

Often with picross puzzles, and MBN is no exception here, you'll have absolutely no idea what it is that you're actually constructing a picture of. The reveal pictures do some extraordinarily heavy lifting - a Schwarzeneggerian amount, in fact - to convince you that the collection of vague squares you were putting together was actually a crumpled handkerchief or a sobriety medallion. For example, hazard a guess at what this picross, from a case where an aging TV host was murdered in his dressing room, ended up being: 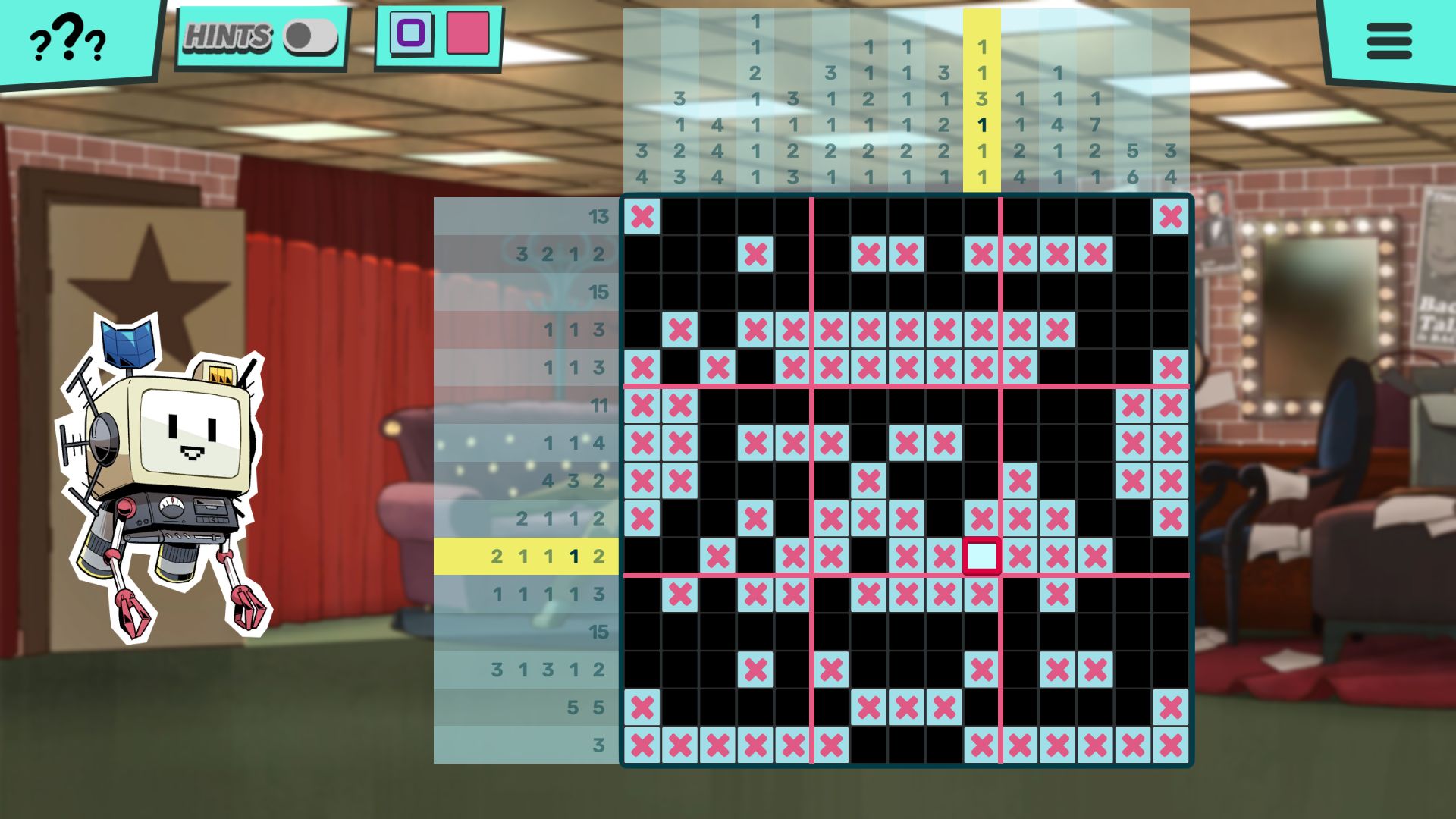 Hahaha, fuck you, it's actually a partially-opened briefcase. 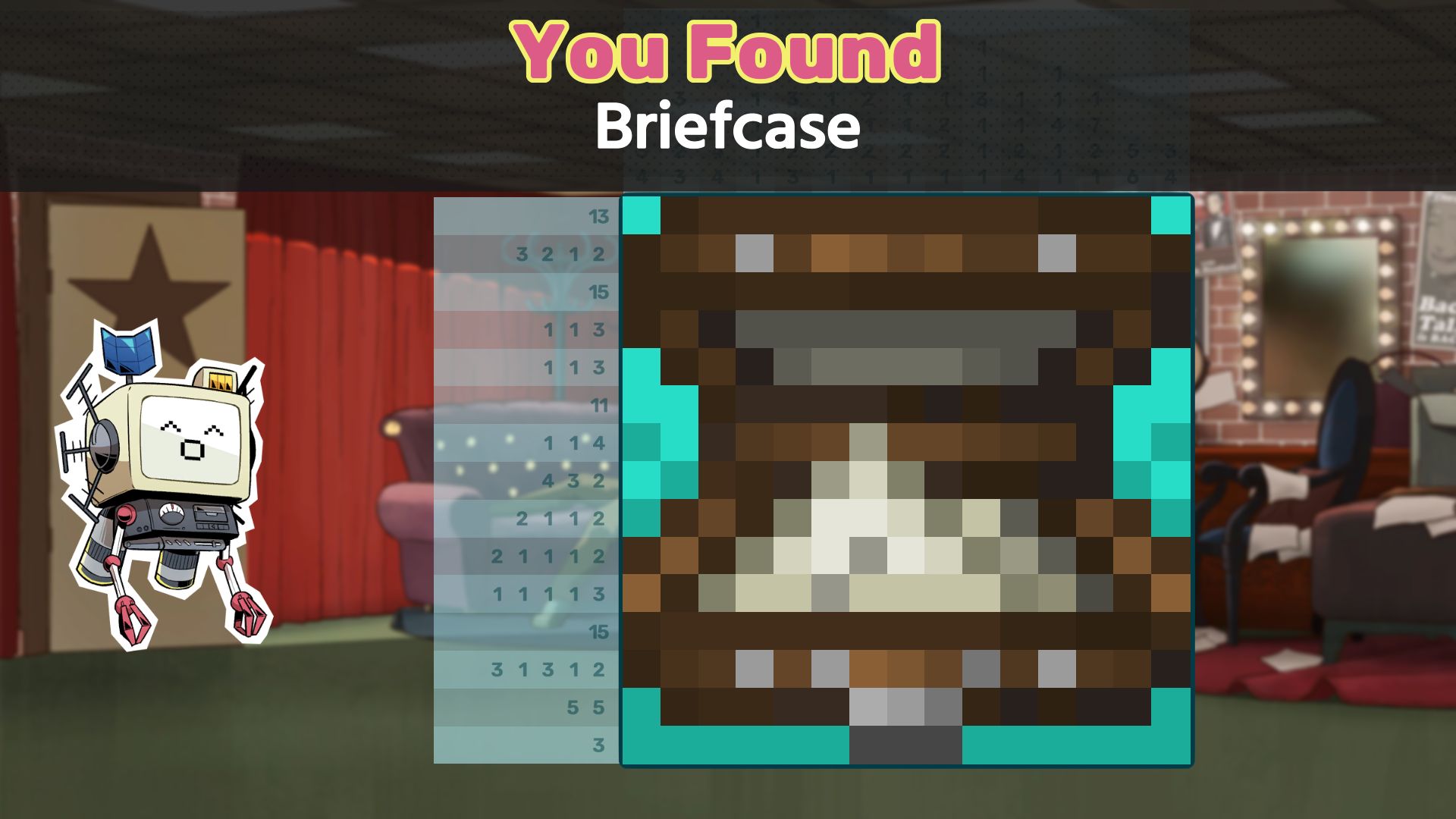 But this isn't MBN's failing, so much as it is a hilarious side effect of the puzzle type itself (although if you get into it, you'll find some picross puzzles can resolve into huge pixelart jungles where flowers are rendered in surprising detail, or abstract renditions of ballet dancers mid-twirl). Slightly more a failing of the game's is that the controls are enough of a hair off comfortable as to be annoying. Your cursor will clip to a new square on the grid just a mite too easily, which is a real balls when you want to click-and-drag down a row of 12 black squares, but end up bouncing onto three adjacent rows on the way down, completely arsing up the puzzle. And there isn't an undo button! Which is a rookie exclusion for a picture puzzle game, if you ask me.

Once you've scanned a room for picross evidence and found everything, you grill the marks standing around, putting your new evidence to them and asking them general questions. MBN doesn't lead you by the nose towards any conclusions, although hints are heavily dropped, and the solutions are simple enough if you're paying attention. Really, in fact, the murder investigations are the b-plots, next to the more global story of Honor finding a new vocation, and the mystery of SCOUT's origins, both of which are teased out over the course of the game. 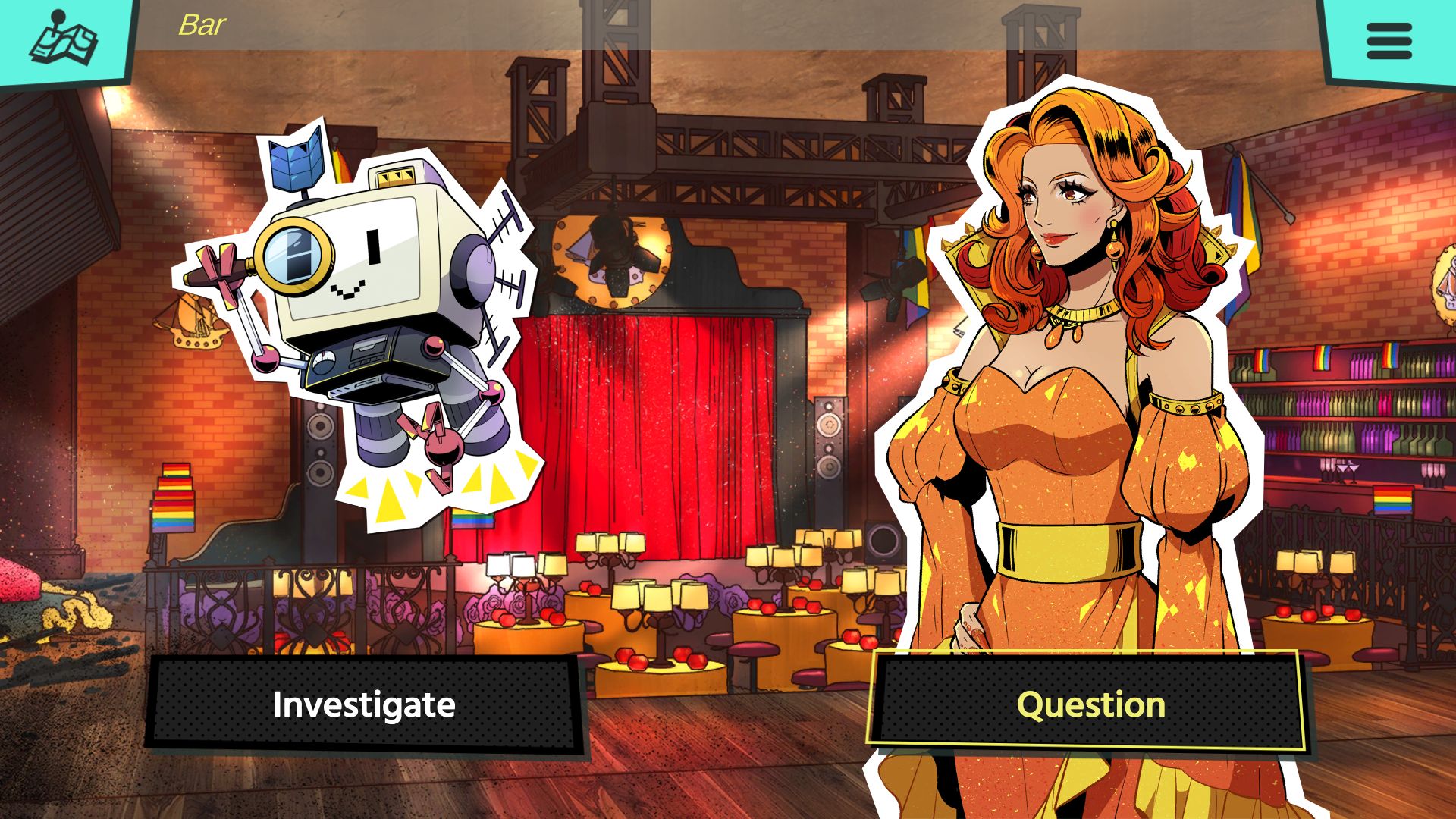 The character designs are from the right intersection in the venn diagram of "realistic" and "ridiculous", and most of them show that they're more than a deliberate, stereotyped rip-off. Many of the interactions with them are actually funny, and peppered with SCOUT's Saturday morning cartoon optimisms, like "just because everyone's against you, doesn't mean they're right!" (which, like, I take issue with. Because sure, if everyone is against you it doesn't mean you're wrong, but you should probably still take stock of your situation as a whole). Despite not being fully animated, the interactions are remarkably expressive, especially thanks to the use of Phoenix Wright-esque screen-shaking emotional cues.

The problem, really, is that while both aspects of Murder By Numbers are pretty good, neither of them are given enough space to really breathe. There are too few picross puzzles for puzzlers, and there's not enough visual novel for VN lovers. I wouldn't not recommend Murder by numbers, but it would perhaps have benefited from being a bit longer than it is (an easy demand to make of an indie game, I'm sure you'll agree). Still, though, it's worth a poke around if you're a fan of either genre involved. And I still can't get the theme song out of my head.