Din's Legacy wasn't what I was expecting. It hit its full release in August, and I pushed to write about it, only to wind up with such mixed feelings about it that I sat on writing about it until now.

It's an action RPG easily compared to Diablo, with a focus on endless, randomly generated worlds and dynamic events. These almost all mean "kill some monsters", and its supposedly active AI factions and events never seemed to do anything in my games. That's a difficult pill to swallow for others who, like me, had assumed it would be as lively as Soldak's excellent starship extravaganza Drox Operative.

Mutation, you say? Well, yes. Alongside your usual XP bar and levels, each character progresses towards periodic mutations. When these happen, you gain a random skill or trait, or an existing one takes on a new twist. Your backstab skill might suddenly also restore your mana, your fireball have a paralysing effect. When you mutate, you also get a mutation point, which you can save up and use at any time to actively mutate your character closer to another class entirely, gaining a random skill from it. 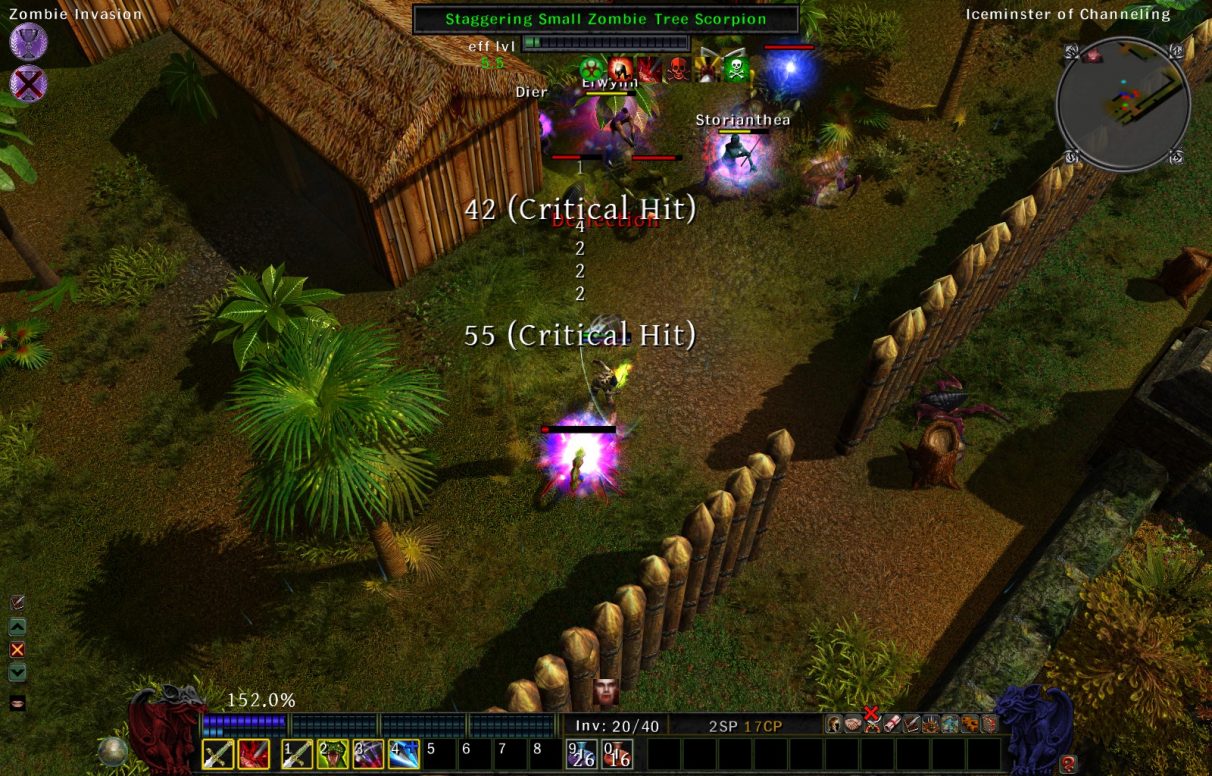 It's this more than Din's monsters and missions that stands out to me. A wizard could gain a berserker's affinity with axes. An archer could mutate towards a necromancer and start raising skeleton lackeys. It's essentially multiclassing, but with an element of chaos that, sure, sometimes means an underwhelming redundant option, but sometimes means your bard can start exploding corpses.

My second character, a bard, had a weak ranged sonic attack that quickly mutated so many damage bonuses for so little mana cost it became a superweapon. Around the same level that my assassin was slowly chipping away at zombie skeletons with her dagger, Screamo was instantly obliterating everything in her path by yelling (presumably in tune). Nothing could touch her - indeed, I had to remind myself that she had a two-handed mallet for fighting, and occasionally stop her genocidal album rehearsal to give something a sporting chance to get close enough to fight back.

My asssassin, meanwhile, almost immediately became a vampire. This made her more powerful at night but slowly drained her health during the day. Since there's no way to skip time, her constant grunting from sun hurts got old pretty fast, but I like the idea. 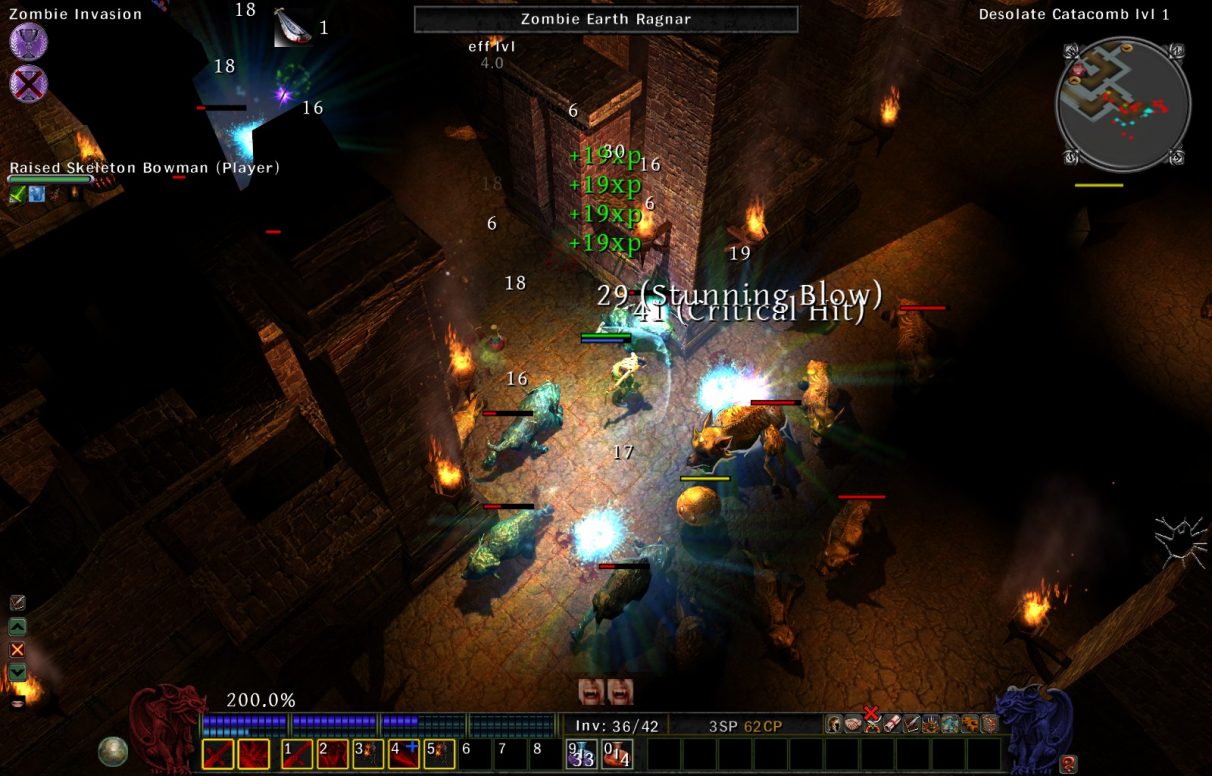 Within a few moments of starting my first game, I opened a box in the first village. It exploded, setting the village on fire and killing several people. I did not find out until hours later that one of those people was supposed to offer me quests, and resulting XP awards (his replacement, when they eventually showed up, rather honourably gave me a tonne of back XP for all those jobs). It's this kind of under-cooked detail that left me a bit torn on the whole game - it's all so very nearly there. Clicky action RPG fans will find no shortage of monsters to splat, and mutating into more cosmopolitan forms is a fun alternative to getting stuck in a rut with every character.