It’s set in England. That’s all I learn about gloomy sci-fi adventure game Somerville while talking to Dino Patti, producer at Jumpship. For all those hiding under rocks which are secretly giant spiders, Patti is the former co-chief of Playdead, the studio who made Limbo and Inside. The flagship games of the sad-boy-goes-right genre. Somerville is likely to have similarities to those quiet puzzle platformers, admits Patti. It will be lacking in overt voice acting, for example. But it will also play with perspective a little, he says, in that it won’t be viewed from a solely side-on viewpoint. Apart from that, he isn’t giving much else away. Even after a thorough grilling about the mysterious name.

“It’s a sci-fi adventure,” he tells me at Gamelab Barcelona. “That's the best explantaion. We try to keep it pretty open. We're still playing a lot around with genres, and the interesting aspects you can have when you don’t lock down to one specific genre.

“Of course there’s a lot of concepts that we developed with those games [Limbo and Inside] that I’m keeping. And especially around the way we produce the game... We're trying to keep things super simple. Keeping controls and stuff at the minimum, highly accessible.”

There are only a couple of teaser trailers to look at so far. One of which suggests another sideways jaunt under the threat of an unknown force. But Patti says they will likely play with different views.

“It’s full 3D and we will play around with that, also giving the game new dimensions,” he says. “I don’t feel that side-on is important.”

For some the perspective will matter less than the weirdness. Inside’s mysterious sadboy and his hostile world of chicken-grinding and mind-controlling was stylish and murky, but obstinate when it came to plot. We did not know who frownyboy was, and we were never plainly told what was happening in this grey land. Which makes me wonder if the plot of Somerville be clearer.

“It will definitely be a bit more straightforward,” says Patti, “but I will also say that mystery is kind of key to any single player experience. You really want and need mystery around what's happening, I think, to drive the player.”

That’s all fine and dandy for the enigma-loving storytellers at Jumpship. But I am a journalist and mystery is my enemy. I must know what Somerville is, I want to understand it. Even if I only understand the meaning of the name. I begin my interrogation. Is Somerville the name of a town?

Does the Somerville of the title refer to 17th century astronomer Mary Somerville?

Is it the prominent Somerville crater on the east side of the moon’s surface?

Is it a game about Somerville college rowing club in Oxford?

Is it a reference to Mrs Somerville, my high school’s business studies teacher?

Excellent. We have cracked it. At least, we would have if Patti was not clearly joking his way out of this cross-examination. I scratch the final possibilities off my list. It is unlikely to be a game about the events of the annual Somerville Dog Festival in Massachusetts, for example. Even if one of the teaser trailers briefly shows a spaniel. It’s only when I ask if Somerville is the name of a character, do I get a promising: “It could be.” The mystery continues.

A lot of readers might be relieved. To try to suck the facts out of a game like Inside would reduce it, they’d say (although if you want more concrete clues, the blog of animator and lead designer Chris Olsen shows some interesting GIFs). There has always been a wall of weirdness to the games Patti has worked on. And that oddness creeps into the development process. Inside’s sound designer famously channeled the game’s music through a human skull, which the team somehow acquired in Germany due to the country having less strict laws about human body parts (“If you need a dead person,” says Patti, trailing off and gesturing with his eyes to an unseen Germany).

This leaves me with a question: is Somerville going to indulge that same eccentricity? Maybe Patti wants to jettison that type of behind-the-scenes oddness with the new studio he has set up with animator Chris Olsen.

“No, no, I love odd stuff,” he says. “Odd stuff is the best. I will do whatever it takes. We found some really good talents, we're still hiring a few [people]. If they have really crazy ideas I am super welcoming to that, to a creative person [who] has their own thought about how to do stuff, when it makes sense. Because the skull made sense.” 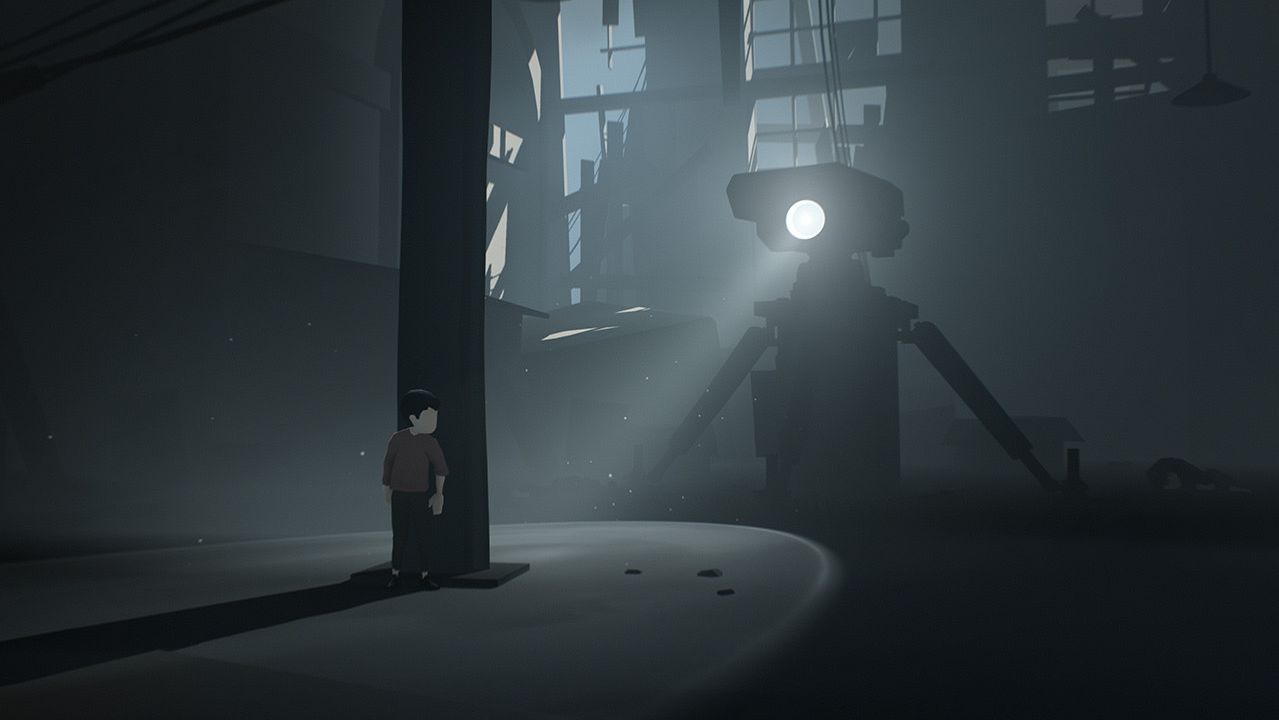 It’s been nine years since Limbo came out, and it has been an influential game. Even today RPS gets emails about games which look more or less like Limbo. I wonder if the creators feel annoyed or bored to see this happening. But Patti says it’s become more of a compliment.

“They're still fun to see,” he says. “I was going to IGF and I walked around the stage and there was this student game or whatever that just looked exactly like Limbo. And I was like, ugh, these guys, they copied. I got a bit angry about it at first. And then I asked them: 'Where did you get the inspiration from?' And they said…” 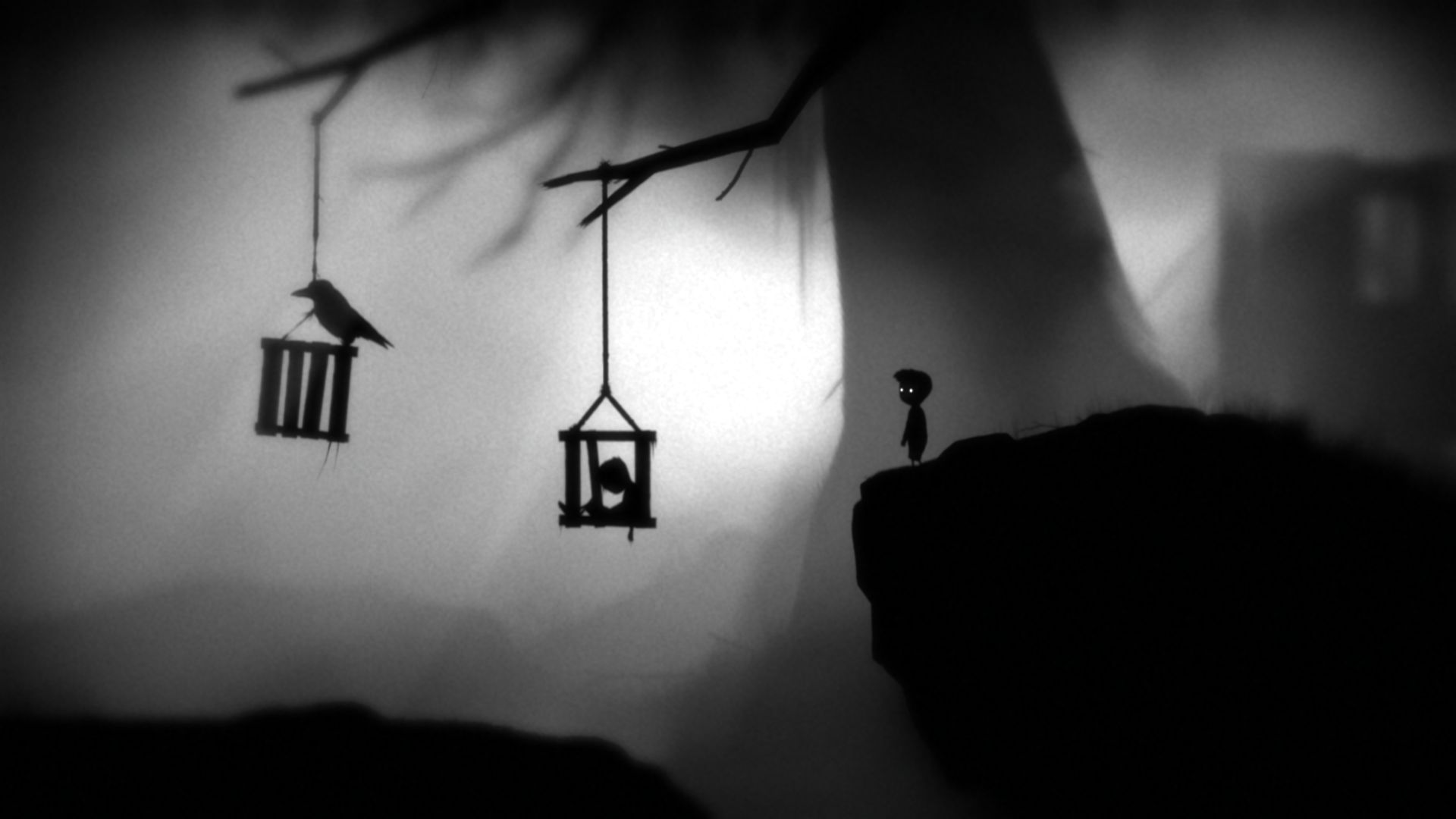 The flood of new games every day gives him pause. It is the biggest change in the industry he’s noticed since Playdead released their first sorrowchild into the world. Back then, Patti and Playdead co-founder Arnt Jensen were trying to make their shadowy game with relatively little money. One of the decisions they made was to have zero voice actors. That’s something they did with Inside too, and Patti wants to keep doing things silently for Somerville.

“The games that I'm interested in, I really don't like the voices. You want your game to be released to the whole world and you need to translate it, so if you do a lot of voice [work], you do a lot of translation. Technically, I like to keep games simple, so they work everywhere.” 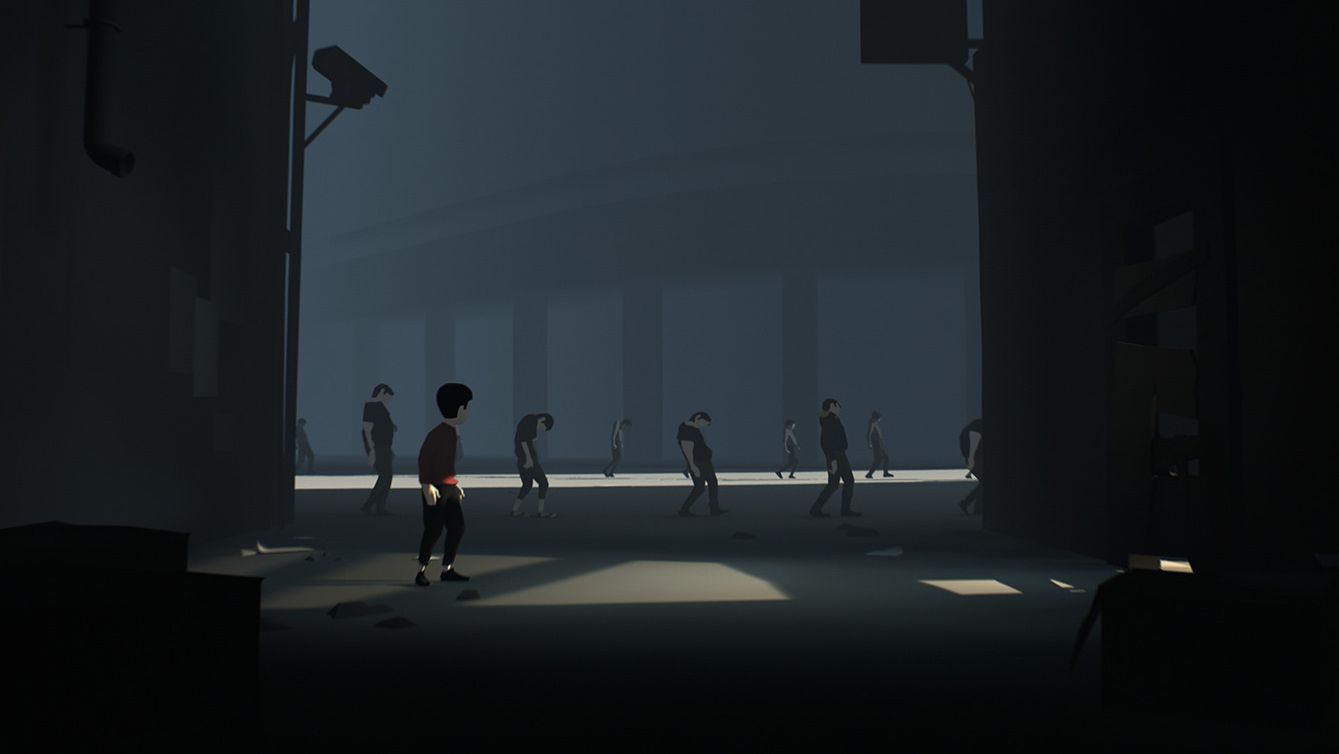 So it will be a dialogue-vacuum, another game of sad, silent humans?

"There could be some voices, but the things said will work in all languages. Almost like... Shadow Of The Colossus."

When he says this, I have a mild moment of panic. Does that mean there will be a barmy fictional language in the middle of rural England? Will the people of a dystopian Essex speak Simlish? No, says Patti with that typical enigmatic air, that’s not exactly the plan.

“There might be like maybe a word spoken,” he says, “but that word will work in all languages.

“And if you don't understand it,” he adds, “that's perfect.”