Tee hee hee. A newspaper has used the portrait of a character from Crusader Kings II to illustrate a small article about the history of the fork as an eating utensil. The article is in Bosnian newspaper Dnevni Avaz and shows a picture of everyone’s favourite 11th century Doge of Venice, Domenico Selvo. Don’t you know him? He’s a cool guy. He’s humble, shy, just, stubborn and a tough soldier. But, uh, he has nothing whatsoever to do with forks.

The article was spotted by Reddit person Zukaneres. It's basically a brief episode in the history of the fork, although it turns out to be somewhat erroneous. The reason Big Domenico makes an appearance is because his wife, Theodora, reportedly brought two forks with her as part of her dowry - an implement that wasn't used much in the West of Europe until this time. Although, this turns out to be wrong. Reddit nerds point out that it was Theophanu who introduced the fork to Western Europe, not Theodora. Whoops! This little boxout was part of the paper's weekend "True or False" section, Zukaneres tells us. The authors have marked this particular factblast as "true". Double whoops!

Here's a photo of the article, from Zukaneres. 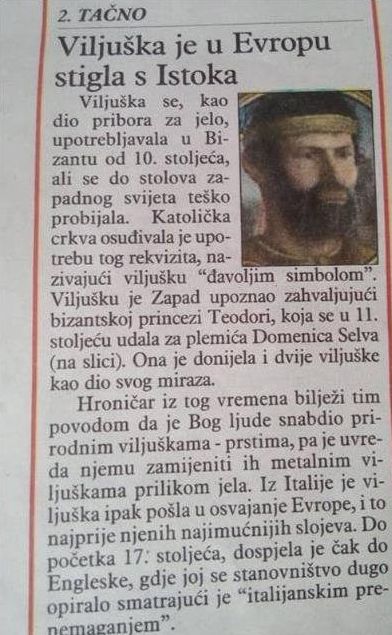 When you do a Google image search for ‘Domenico Selvo’, the above portrait is one of the first to appear, embedded on a Total War History wiki. So the newspaper folks probably just snatched that up. If they'd done their research they'd know he doesn't even look like that anymore. This is what Dom looks like in the game since The Republic DLC added in some nice hats. 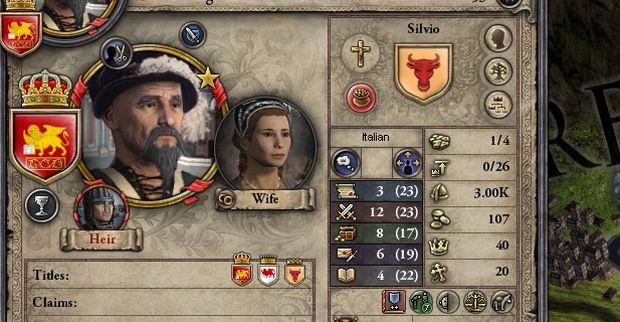 If you are dying to know what the Bosnian text says, some helpful person has translated the whole boxout (presumably using Google Translate). Although you might want to get your history facts from a different source, one that doesn’t mix up their Byzantine princesses. Nevertheless, it's full of fun assertions. Did you know the Catholic Church thought the fork was “a devil's symbol”? I don't see any reason to doubt this.

This isn’t the first time media folks have accidentally used something from a game in place of something more concrete. ITV once used blurry footage of ARMA II in a documentary about the IRA. That was a giggle. Lucky for you, RPS header images are 100% correct all the time.