I've logged many, many hours in Nioh 2 on the PS4, so I was excited to get hands on Nioh 2: The Complete Edition for PC, a preview build missing some technical features like HDR support and ultra wide resolutions that will be in the full build. It includes everything that's in the base version of the action-RPG, of course, alongside all three DLCs. But the real draw here are the PC-specific features, which are mostly visual.

For those unfamiliar with Nioh 2, it's a so-called "soulslike" (that is to say, "like a Dark Souls game") which further dubs itself as "masocore", which is just a fancy term for being crushingly difficult. On first glance it's easy to mistake it for a Souls game wearing Japanese garb, but this isn't the case at all. I'd say it trades the intricacy of the environments you navigate in a Souls, for greater complexity in character customisation.

Great significance lies in the gear you're equipping, the stats you're boosting, and the materials you're hoovering up. In a weird sort of way, the Nioh 2 community reminds me of Formula 1, such is the extent to which everyone's fine-tuning weapon and armour builds in an endless pursuit of the optimal.

This might sound daunting to someone who's never tried Nioh 2, and that's because it is. There's no hand-holding here. So strap on your Sengoku period garb and get out there, pal. If you get mangled to death by a demonic horse wielding a bloodied hacksaw, it's your own fault.

Having said all this, if you're interested in giving Nioh 2 a go, or if you're already a mega fan and you want the absolute bestest experience, then the Complete Edition is for you. Like a Hello Fresh box the size of a basking shark, you've got everything you need to sustain you for months. And the ingredients are, thanks to the aforementioned framerate, super buttery. It's a very nutritious experience.

To give you an idea of the difference visually: on my PS4 copy of Nioh 2 I'll experience fairly frequent frame rate drops if I pan my camera around a busy environment, and the occasional hitch if I'm engaged in a fight with a gigantic chipmunk with a sword for a tail.

In stark contrast, never once did I experience a drop in my frame rate, playing this on PC. My rig is fairly capable, meaning I didn't need to tone down any graphics settings, either. But there are enough options here to accommodate budget PCs, so I wouldn't worry if you're rocking dustier components. Oh, and there are keyboard and mouse options, as well as controller options, of course. I opted for the latter and it worked like a dream. 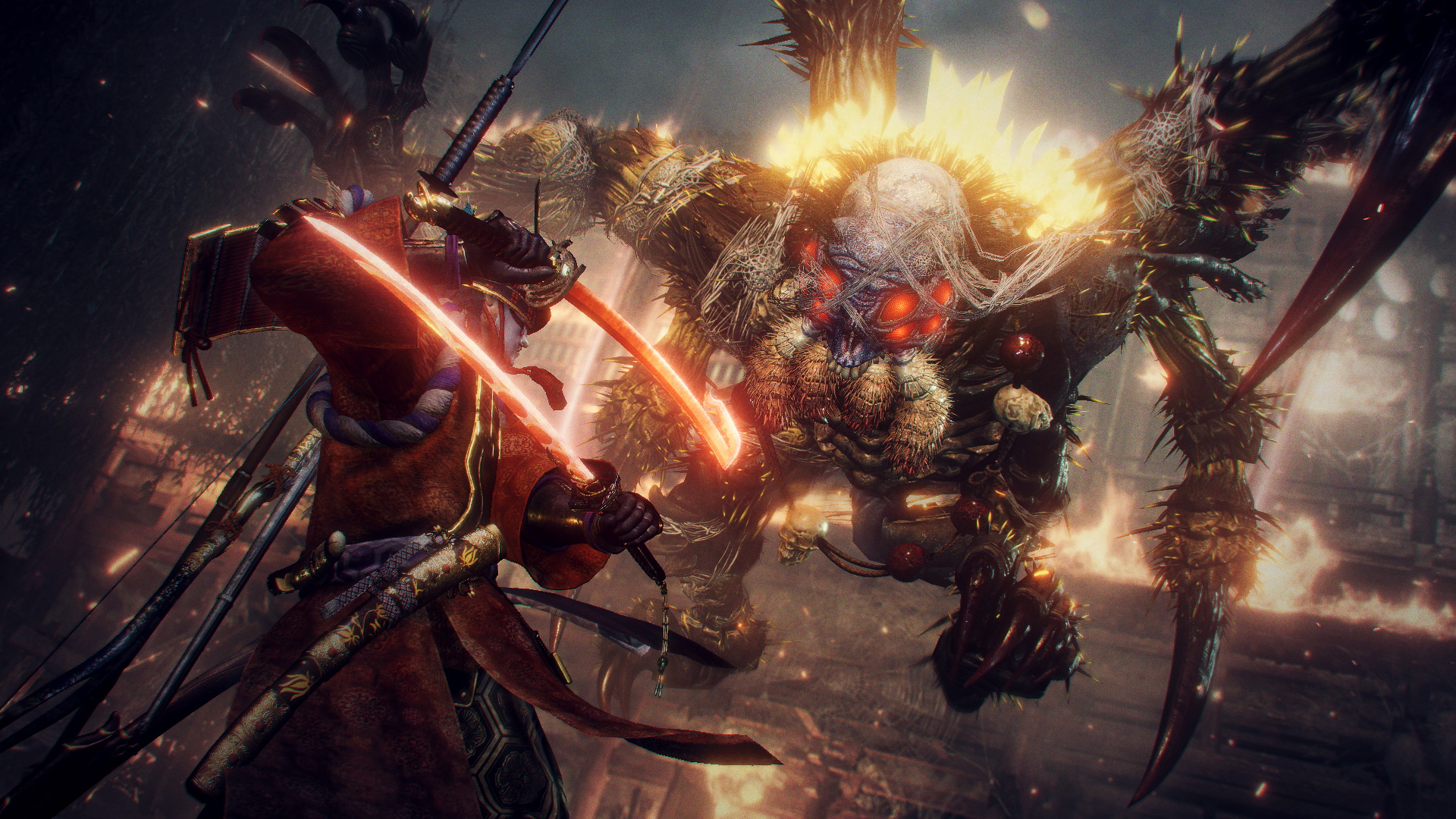 Just as in the optimisation of kit, precision is everything when it comes to Nioh 2's combat. You need to be aware of the enemy's combat cues, for example if they're gearing up for a wide swing, so you know whether you've got enough Ki to dash away, or if they're suddenly about to drag you into the Yokai Realm, for a titanic clash where they've got home team advantage.

This is where that framerate came in handy on a practical level, as it meant that I never missed a beat. Frame drops on the PS4 can jolt you out of periods of intense concentration, but there was no such jarring here.

But apart from these snazzier, PC-specific sliders and toggles, I don't think there's much here that's going to sway those who aren't fans of Nioh 2 in the first place, or even for people like me who've poured a lot of time into the PS4 version.

I think part of the problem is that I'm already too far gone. Nioh 2 is bloody hard, and while the Complete Edition contains DLC that I'm missing, and has all these visual delights, I can't part with my beloved PS4 save. I just can't. Starting over again is going to be an insurmountable task, and it's not like this new version transforms the game, or adds an exclusive new region to explore, or any new bosses to fight. I can purchase the DLC over on the PS4, and apart from some FPS drops, I'll effectively have cobbled together Nioh 2: The Complete Edition - Lite. And that's enough for me.

Nioh 2: The Complete Edition arrives on Steam on February 5th.