The hottest craze amongst GTA Online players is donning a green alien suit, picking up a baseball bat, and riding around with their alien friends in a van looking for people to beat up. In a game where death usually comes from some walloper on a hoverbike raining missiles, it's delightfully silly. But aliens could never hold the streets of Los Santos forever. While attempts to fight them as Men In Black (in black suit with the black Ray-Bans on) haven't really caught on, a surprising credible opposition has emerged: other aliens. Purple alien gangs have arrived, and they have come to rumble. I dropped into an alien street war myself today.

While not every server will have aliens warring, they do seem increasingly common. It's the sort of shenanigans where a handful of players larking about can encourage many more to join in. When I dropped into a random server today and suited up (green, because the purple wars hadn't started when I bought mine and I already spent $358,000 on this), a street brawl was already raging. I died a whole lot, and did not care one jot. 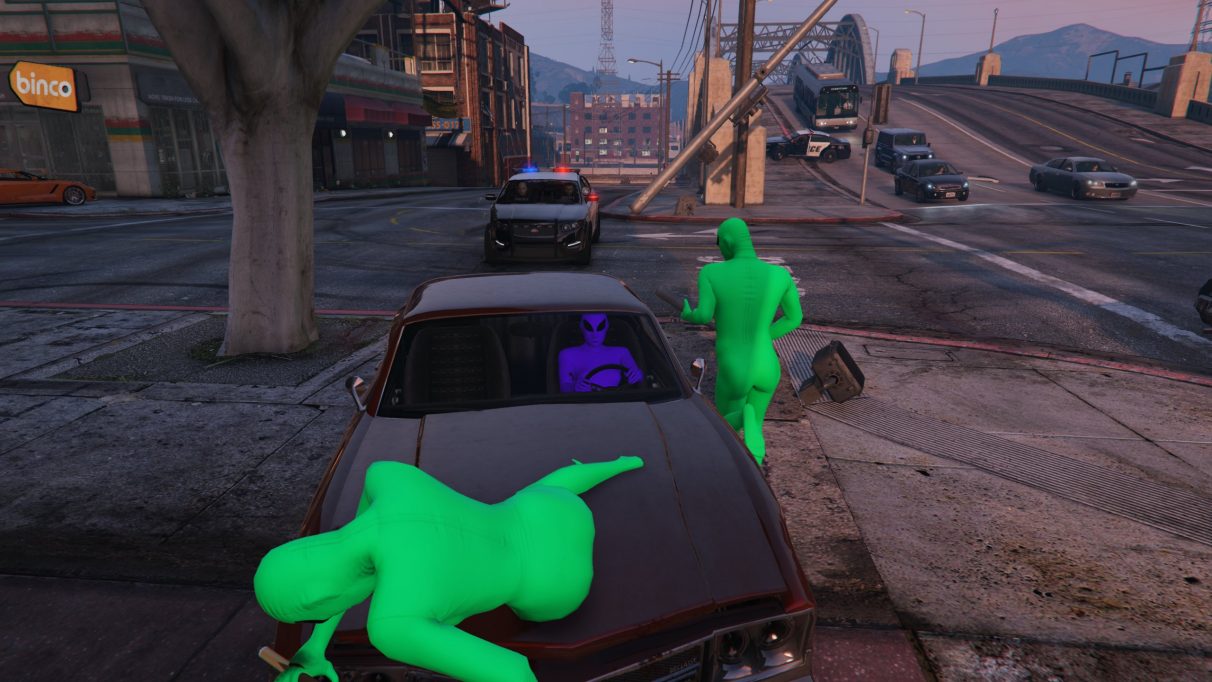 It's a good sort of foolishness, brawls fought largely with baseball bats and pool cues. The cops inevitably get involved once murders start rolling, so it becomes a three-way rumble between green, purple, and blue. It got real messy when a purple called in their tank.

After the big fight petered out, two greens pulled up in a green car with a purple passenger. I hopped in, thinking we were pals now and going for a nice drive together. 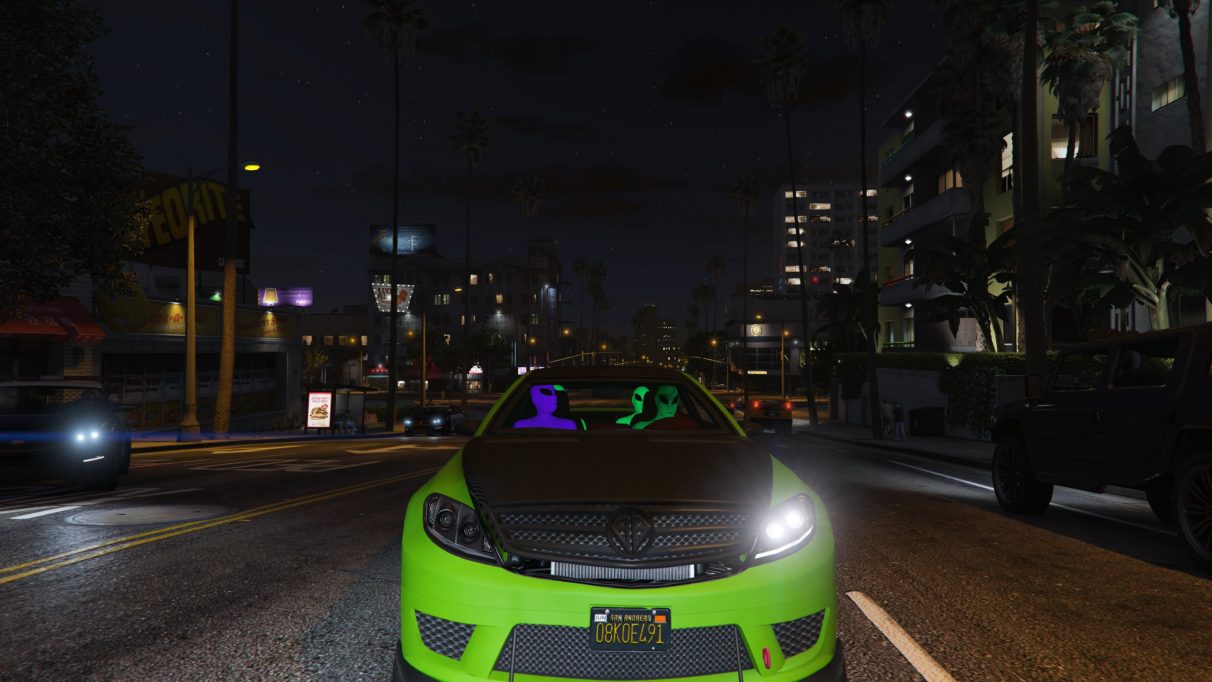 When we reached the dam and everyone got out, one green pulled a gun on the purple. Oh no. I was part of an alien abduction. 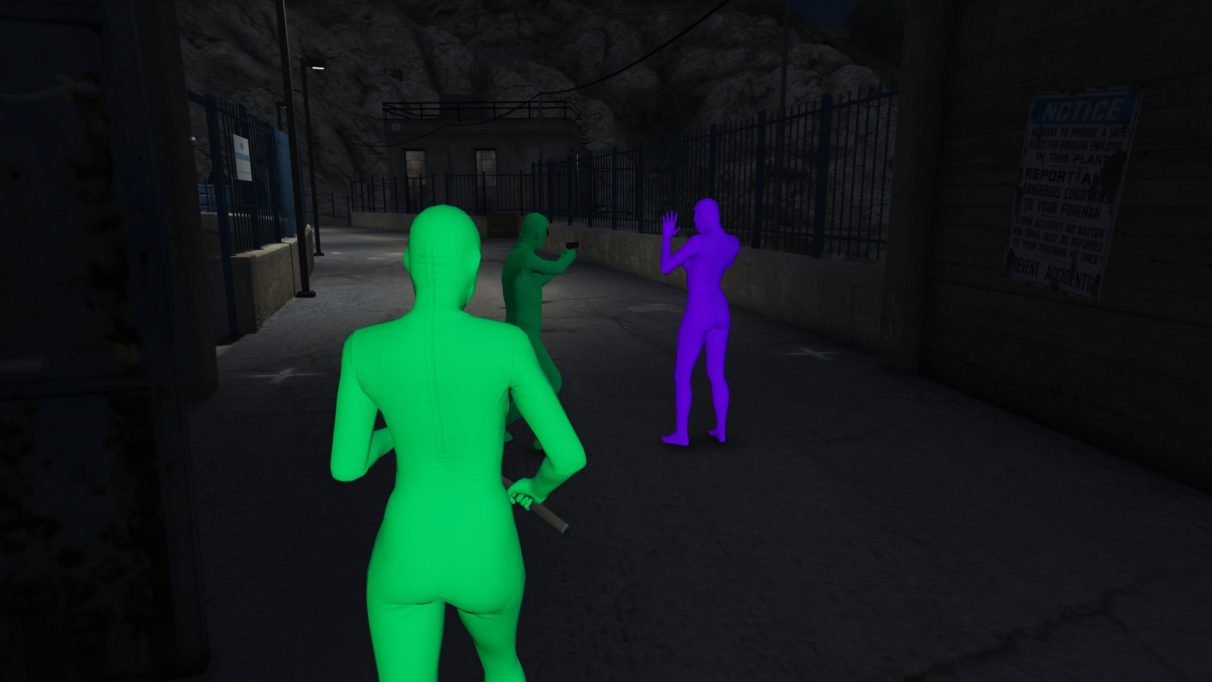 Directing the purple down the stairs to a ledge over the ravine, the green asked "LAST WORDS?" Oh no.

"Yeah," said the purple. "Yeet." Then they pulled a gun and shot themself in the head. An astonishing power move. 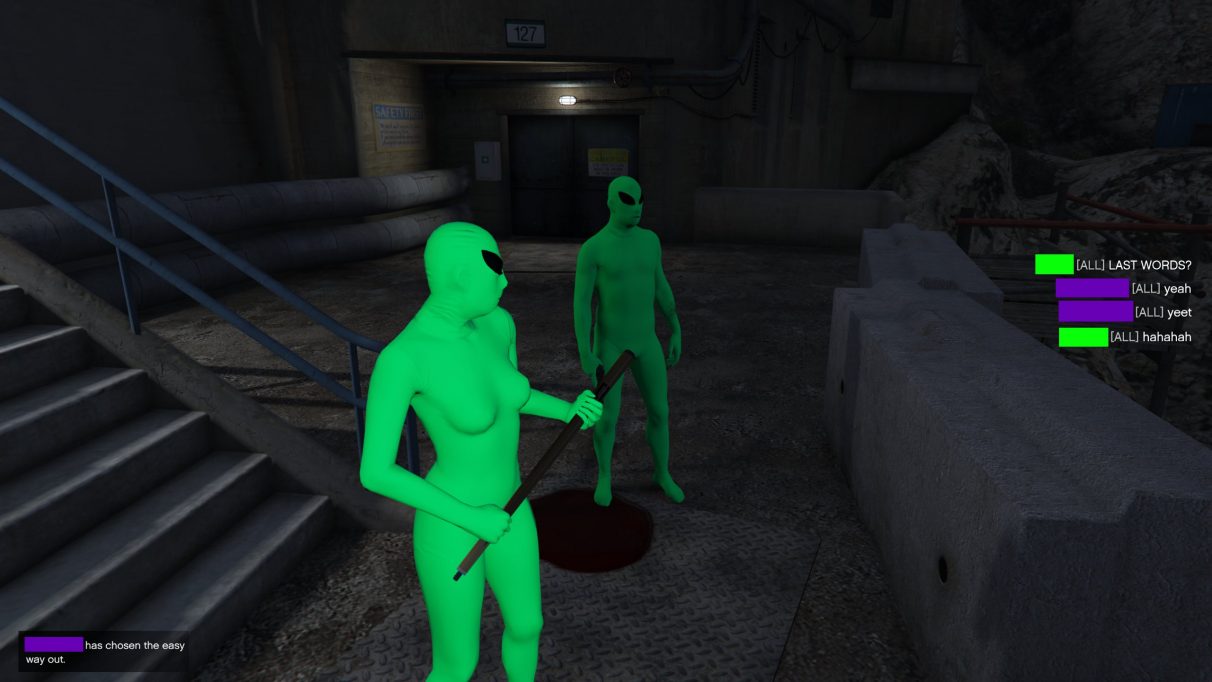 The GTA Online Reddit forum is full of alien encounters at the moment. Here's some aggro after a green sought refuge with its pals in a shop:

Ran into some purple aliens from gtaonline

And a canny C4 play by a brave green using some purples' own car against them:

I'll not flood you with videos today.

When the enthusiasm for aliens wears off, I hope some of this playful spirit remains in GTA Online. Green vs. purple is arbitrary and low-stakes, a daft thing to rally around and fire people up. No one loses business deliveries they spent ages prepping, you might simply get jumped in the street - and you can run away just as fast as those bat-wielding invaders can chase you. What a lovely bit of levity.

Disclosure: I have some pals who work at Rockstar. Edinburgh's a small city.