After almost eight months in early access, Valve have revealed the full release date for Dota Underlords - February 25th. This will mark the start of the game's first season, introduce a full battle pass, a new meta, and brand new content. Oh, and a new Underlord was added to the game like, last night.

The developers are keeping pretty quiet on the details until the full game launches, but we do know that some of that new content includes something called City Crawl. Again, we don't actually know what that means yet, but Matt reckons it might look something like Dota 2's Cavern Crawl, which is essentially a bunch of battle pass challenges to unlock different cosmetics. 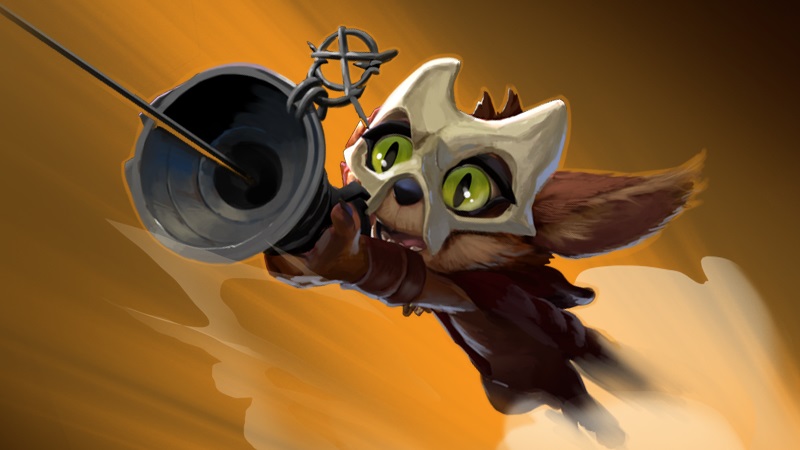 I suppose it's time to talk about that little cute thing above - his name is Enno, the Scavenger King, and he's the latest Underlord to make his way to the game. His abilities revolve around poison and ranged attacks, including some poison darts that strangely heal allies but damage enemies. His entry to the game marks the last of the beta season update, and you can read more about him on his own little website.

It'll be interesting to see how Underlords fares after its full launch, because according to Matt, the autobattler genre already seems to be struggling to keep hold of players.

"By June we had Riot’s Teamfight Tactics and Valve’s Dota Underlords, squaring off against each other. An unknown number of millions flocked to TFT, while Dunderlords hit 200,000 peak concurrent players," he writes.

"Six months later, Teamfight Tactics seems relatively stable, while Dota Underlords is dropping fast. We normally don’t pay player numbers much heed, but given autobattlers were last year’s big new genre and Dota and League Of Legends are both long-term titans, it’s hard not to ask the question: how come?"