A while ago I took a stroll around the Zium Museum, a virtual gallery curated by Michael Berto. "There needs to be more stuff like this in videogames!", said commenter 'Quasiotter'. Quasio's wish has been granted: Occupy White Walls is an upcoming MMO where you can build your own architecturally ambitious art gallery and showcase it to the world. If all goes well there should soon be thousands of the things, all hooked up to a fancy AI doodad that promises to learn what kind of art you're into based on what you spend your time looking at.

It's in free public alpha at the moment, and I'll straight up implore you to have a look at my wanderings below, then check out OWW for yourself. This is going to be special.

The idea is that every player curates their own gallery, and earns in-game money to expand their collection based on how many visitors they get. There are 800 architectural assets in at the moment, with plans to add thousands more. Once your white walls or otherwise are in place, you can adorn them with "hundreds of thousands" of artworks, which are currently limited to works from the 18th and 19th centuries.

It's worth mentioning that I wouldn't describe myself as being 'into' art. I've got a neat chrome extension that puts something interesting in my new tab page every day, but it only captures my attention once in a blue moon. I also have next to no interest in creating my own gallery, and I'll probably leave that part of the game entirely alone.

Nevertheless, I find something magical about OWW. 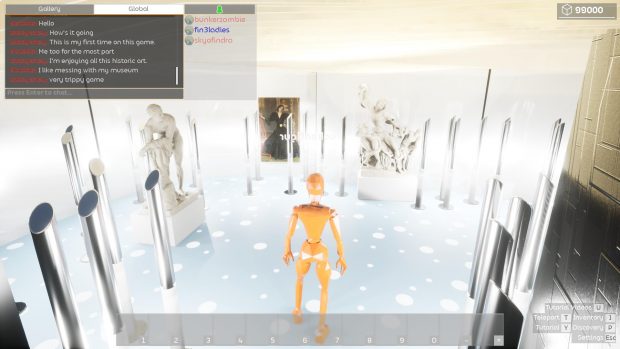 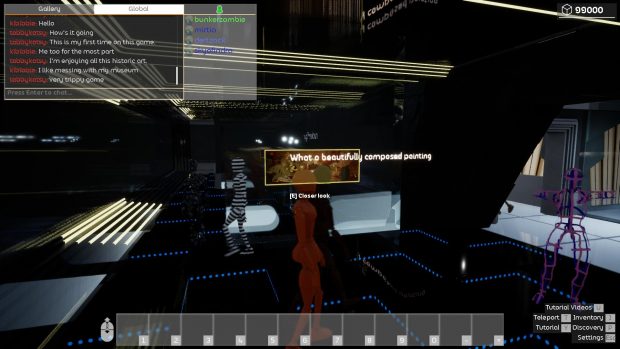 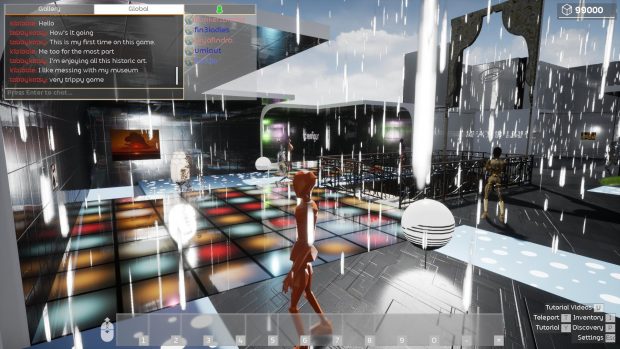 I've spent all my time so far exploring different spaces by pressing the "random" button, which whisks you off to a fresh gallery. It's largely that sense of discovery that I'm enamoured with, I think. The game's only in alpha but the tools are already in here for other players to have crafted me surprise after surprise, and it's thrilling to imagine how strange these spaces might become later down the line.

I love how some people are determined to fill every nook and cranny of their exhibits with a deluge of portraits. 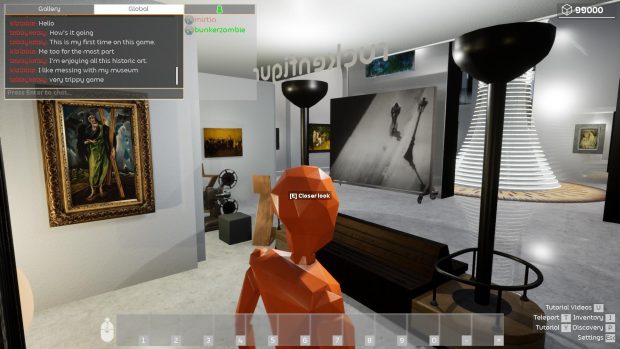 While others adopt a minimalist approach. 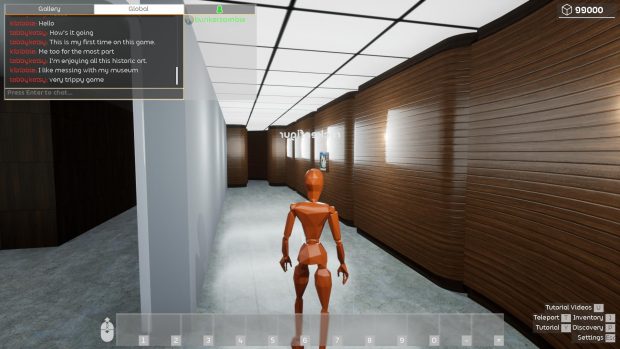 Here's a closeup of the piece on that wall, seen as I dig it so much. There's probably something clever/wanky to be written about framing, and the impact that OWW's mode of discovery has on how we might absorb and be affected by the pieces we find in it. For now I'm content to just look at 'em. 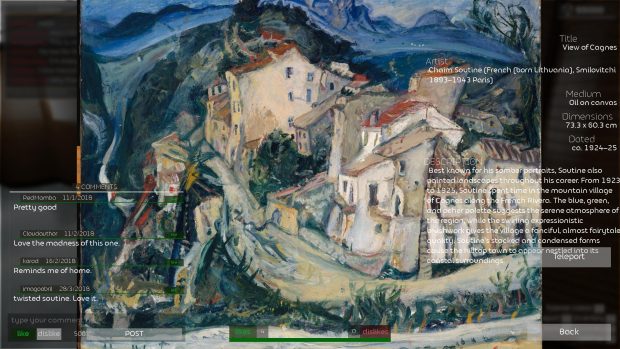 Here's another closeup that shows off the comments feature, which I'm surprised to find is usually delightful rather than puerile. Why IS that baby getting zapped? 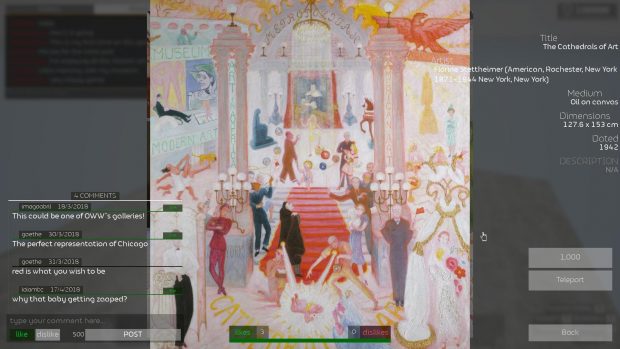 That said, there are the inevitable flesh obsessed galleries with scantily clad ladies from floor to ceiling. They make me respect this fella all the more for his tasteful sequestering. 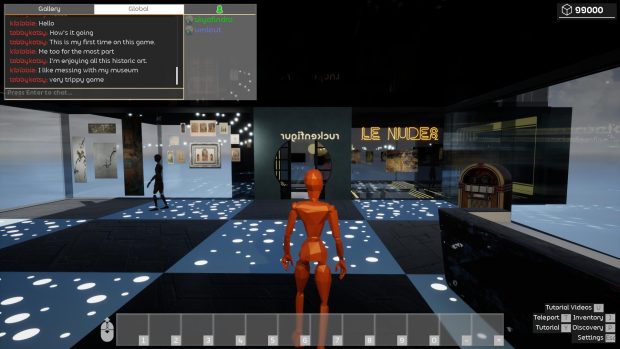 Unfortunately, I took these screens before learning of a way to hide that pesky chat UI. Pro tip: F8 puts you in cinematic mode.

For me, the lure of OWW revolves around discovery in more ways than one. I can't speak to its effectiveness yet, but the learning AI's potential to show me artworks based on my personal preferences is something I can't help but get excited about. It's the kind of technology that could, if it works, open up aesthetic worlds to me and thousands of others that we'd never have encountered otherwise. The same applies to OWW as a whole.

For now you're limited to choosing artworks from the existing database, though once the game reaches its beta phase the devs hope to allow artists to upload their own work. D.A.I.S.Y, that AI I was just telling you about, will then be able to help put their work in front of the people that are most likely to buy it. As far as I can tell, there's no word on how long OWW will spend in alpha.

If you are interested in creating your own gallery, then here's a handy tutorial so you can make me some spaces to explore. Seriously: share your OWW name in the comments and I should be able to check out what you make, then if enough of you get involved at some point I'll do a post showcasing your stuff.

Here's the trailer, though I'm dropping it at the end because for some reason it didn't really sell me on the idea. It might be that the magic only really kicks in once you start exploring for yourself.