It's been a bit quiet on the Twin Mirror front, but a new teaser trailer was just revealed at the PC Gaming Show. For those who don't remember (who could blame you? It's been so long I thought the trailer was teasing a sequel to A Way Out before I thought of Twin Mirror), Twin Mirror is a weird sort of X-Filesy adventure game from Dontnod Entertainment, which was first announced back in 2018.

And in fact, since Control has come out in the interim, I will say it's maybe like Control meets Life Is Strange. You play a journalist, Sam Higgs, who is constantly having arguments with another version of himself who dresses like a carnival barker by way of a private schoolboy, currently known as The Double. The teaser also comes with the news that Dontnod are publishing this game themselves (the first time they've done a publish) and have extended development, so Twin Mirror is no longer going to be episodic. Fancy! The trailer isn't actually half bad, which is good, 'cos it also says Twin Mirror is 'coming soon.' Watch it below.

This trailer seems to be going more for the cinematic, story side of the game, so there was no play footage. But it does manage to make Twin Mirror look like the sort of small town mystery ITV might win acclaim for. Sam's come back to his West Virginia hometown of Basswood, to "confront his past", which can surely only go well. We see snatches of Sam doing some sitting in a bar, looking troubled, and getting attacked by a person or persons unknown. Also there's a slightly weird bit where he appears to be having a clandestine meeting with a child, which I presume is investigative journalism. 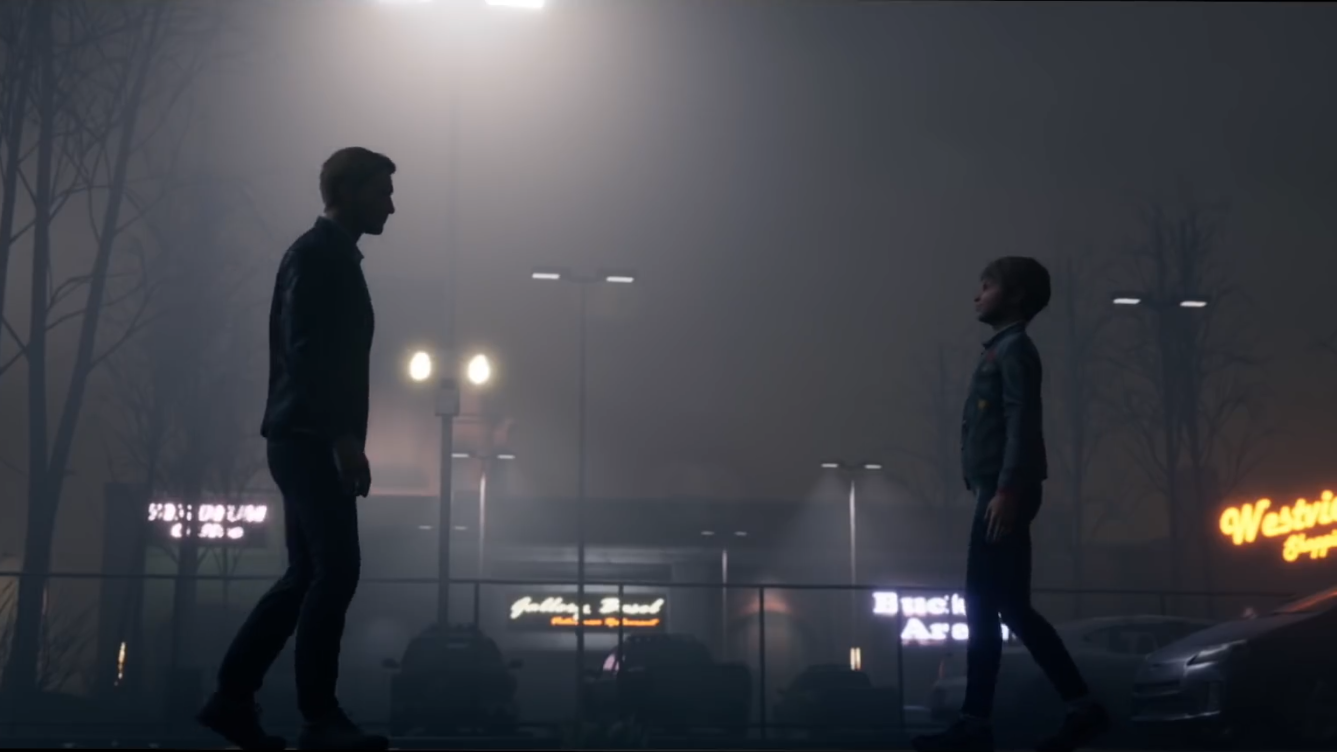 Here is where I confess I played a demo of Twin Mirror at Gamescom a couple of years back, and found it a bit strange. I think, really, it's probably a game that doesn't demo well. But the actual doing you'll be doing seems to boil down to poking around the town, and solving puzzles by analysing them in your mind palace, Sam's "unique intellectual abilities". Aside from being a bit too many years post-BBC-Sherlock at this point, it's not necessarily a bad idea. Except it does seem a bit silly that you're constructing a mind palace version of a room that you're already standing in in real life.

A press release also avows that "every decision, every interaction, every discovery will influence the direction of Sam’s investigation" and that "each player will live a truly unique experience tailored by their very own decisions", but that's the kind of claim that I always take with a pinch of salt, no matter how likely it may or may not seem.

But if the COMING SOON is anything to go by, we won't have that long to wait to test it out. Going by this teaser, it does seem that the character models and animations are in much better shape, and it's getting the "moody solitude and significant staring" vibe right. Also, please remember that Twin Mirror, Dontnod's game about one man who is not a Twin, is different from Tell Me Why, Dontnod's game that is actually about twins but does not have the word in the title.