There are 40 Ooblets in the Early Access version of Ooblets. Finding all of them will take a lot of work in making items, but also locating and battling the enemy Ooblets.

Our Ooblets locations guide has all of the Ooblets we've found so far in the game and how to encounter them. It will also have all of the items required to initiate a dance battle and everything you need to know about the elusive "gleamy" Ooblets. 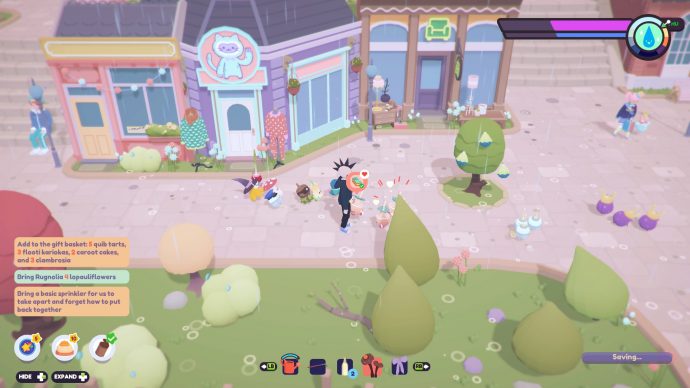 Ooblets are most commonly found in Badgetown. They do not evolve, but they do get bigger as their levels increase. At the beginning of every day, you'll be shown a roster of Ooblets that will appear in town.

Some Ooblets won't appear in Badgetown until you spend 100 Wishies to add them to the random selection of Ooblets that turn up in Badgetown on a daily basis. These are shown to you at the beginning of every day.

There are a few that aren't found in the wild during the Early Access period of Ooblets, but are instead found during dance competitions. After you've reconstructed the dance barn, you'll be able to participate in a series of dance battles, though you can only enter a competition once per day. The rewards for completing the full series of battles include a rare Ooblet seed and a whole bunch of Wishies to spend in the wishing well.

In order to have a dance battle, you will need certain items in your inventory. We'll list the items you need in the table below, but making the items themselves requires some work. Check out our Ooblets item guide to get all the recipes needed to play. 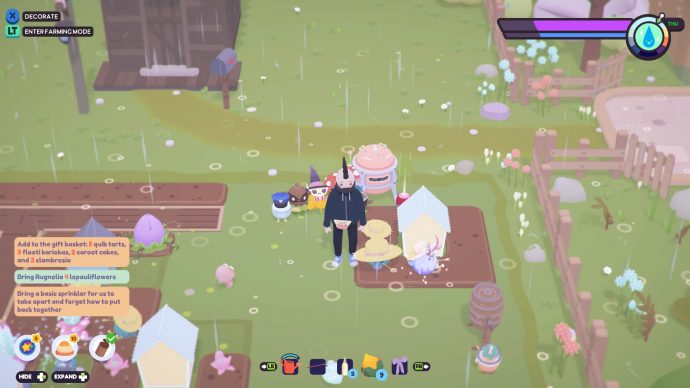 How to find gleamy Ooblets

Gleamy Ooblets also have an additional perk compared to the other versions of the same Ooblet. If you have them work in an Oobcoop, they have a small chance to give you the elusive Oobsidian item.

The good news is that there is no extra hurdle you need to go through to find gleamy Ooblets.

The bad news is that it is completely random when you find a gleamy Ooblet. They do have a slightly different colour to them when you get the daily preview of Ooblets that come to Badgetown. 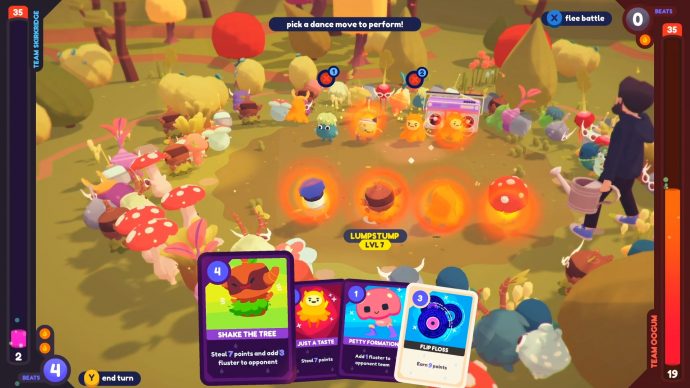 How to fight Ooblets in dance battles

To start a dance battle with an Ooblet, you'll need to give the required item to the Ooblet in Badgetown or Mamoosha. Make sure you have given the items to the correct Ooblet, as this is important for later.

Once the challenge has been issued, you'll need to select a party the same size as your enemies. The goal of each battle is to reach a point target before the opposing team. Battles can last a while, but there is a turn limit depending on the type of dance battle. When the turn limit has been reached, the team with the larger point total wins.

Your squad takes it in turns to select cards to use. Teams use beats to pay for cards and use their effects. The cards currently available can:

Some cards that are played require the pictured Ooblet to be active (not stunned or otherwise occupied) before they can be used. These are signature moves and your Ooblets get access to more of them as their levels increase. Ooblets do not forget signature moves, but they currently learn a small number of signature moves each. Signature moves are powerful and can make the difference between winning and losing.

Should you win against a wild Ooblet dance team (one without a trainer), then you'll have the opportunity to console the opposing team (they're a bit upset about losing). If you do, you'll cheer them up and get a seed for the Ooblet type you challenged in the overworld. So if you encountered a wild Sidekey, the seed you'll get will always be Sidekey's seed.

Thank you for reading our Ooblets locations guide. I'm pretty certain that more Ooblets are on their way at some point, so do check back with our guide as the updates drop. Otherwise, you can check out our Ooblets guide for more tips and tricks.