This year's communal Combat Mission game utilizes the series progenitor – Combat Mission: Beyond Overlord (2000). Over the next twenty days, using orders issued via comments, volunteers will attempt to prevent British troops freshly landed on the shores of Normandy from taking control of a village close to the coast. The size and composition of the Allied force is a mystery at this point, but we should know a lot more by the end of the turn. 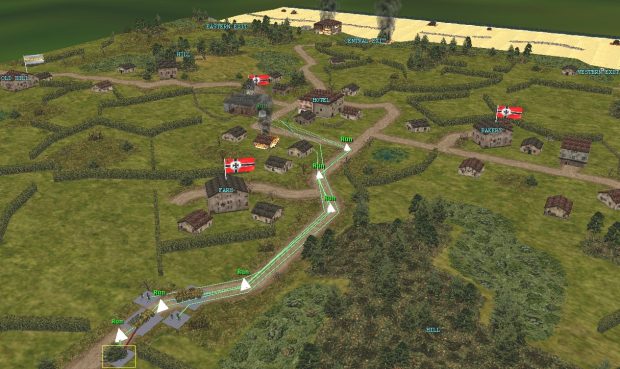 (All images are enlargeable)

With the minefields sown (anti-tank in western exit, anti-personnel in eastern exit), the Pak 38 positioned (in the bocage at d/e20) and the sniper snug in a traditional/ecclesiastical roost (the church tower at m22) the German units on the road at i30 are given their sprinting orders, and the clock is unfrozen for the first time. 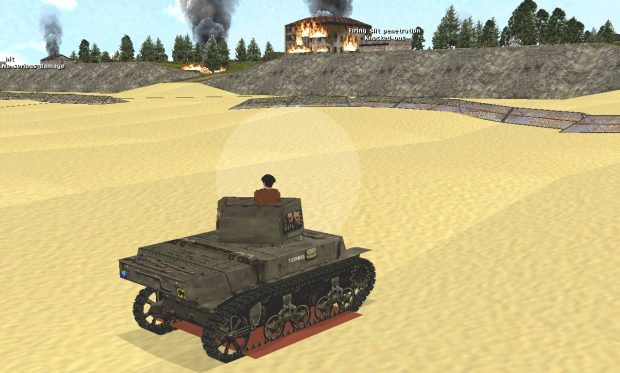 Fourteen seconds later, on the clifftop next to the sanatorium, we lose our first unit. Comprehensively outgunned, the MG-armed pillbox at r11 is potted by a sharpshooting Stuart.

The pillbox beside the western exit lasts a little longer. It's hosing Tommies dashing for the gorse-choked gully below when a 75mm HE shell finds its firing slit.

The killshot was fired by a Cromwell IV, one of two on the sands close to the western exit. Before the pillbox crews flee their gutted fortifications, they manage to identify this pair plus a Universal Carrier and Churchill VII not far from the central exit, and, in the vicinity of the eastern exit, a Stuart and Wasp Flamethrower. The formidable collection of Allied armour is stationary when last observed but it's a pretty safe bet it will press on now the pillboxes have been silenced. 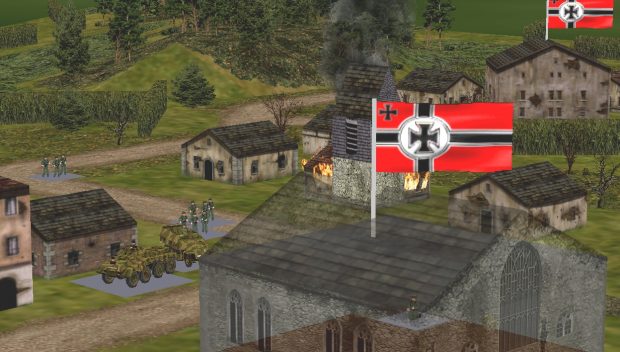 ^ The scene in the village at the close of the turn. (The PSW, HT, and rifle platoon have just arrived. The LMG team and HQ are still aboard the HT.)

^ And on the beach (The roundels are 'last seen here' indicators so the Allied armour may already be on the move. The absence of small infantry roundels doesn't necessarily mean infantry are not present. 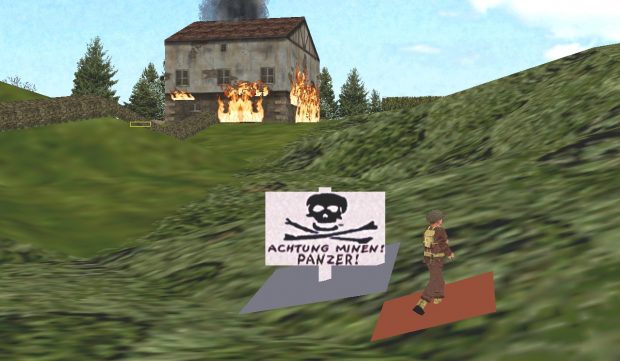 ^ At least one British squad has already reached the western exit. 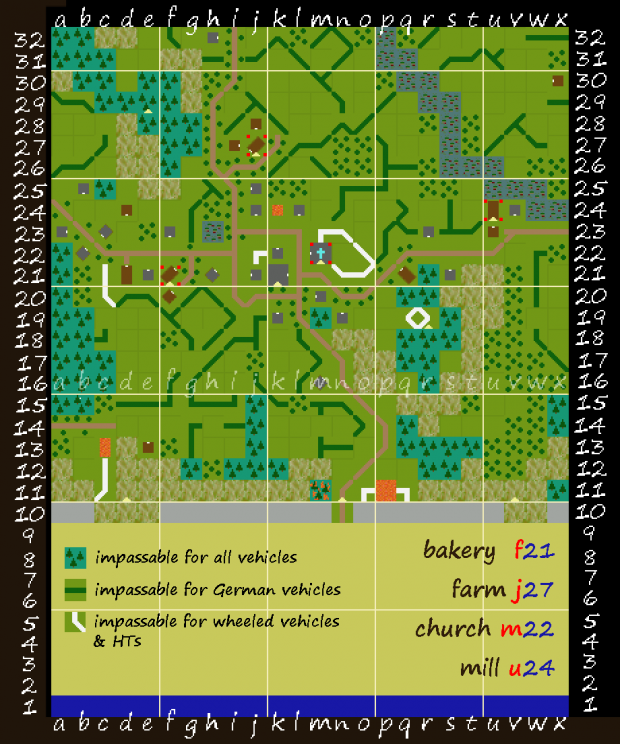