You know that nippy 8WD armoured car of ours? The one that was going to spend the battle keeping tabs on British tanks, and punching neat holes in British APCs and infantry with its garrulous 20mm autocannon? Bad news. Its keeping tabs and punching holes days are over. Sixteen seconds into Turn 6, with a little help from a bold-as-brass blighter called Stuart, it morphed from scrapper into scrapheap. 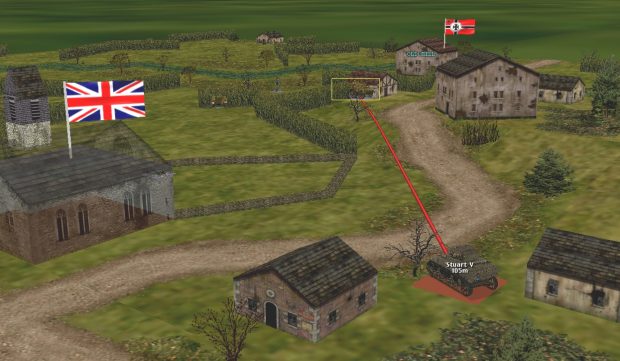 The maddening thing is the PSW spotted the Stuart a good two seconds before the Stuart realised it was under observation. If it hadn't been for the panicky MG burst that buttoned - and discombobulated? - our armoured car as it prepared to fire*, I suspect the M3A3 would be dead as mutton by now.

*Or reverse. It was hard to tell. 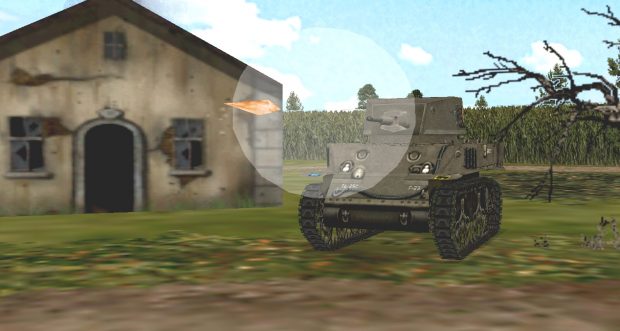 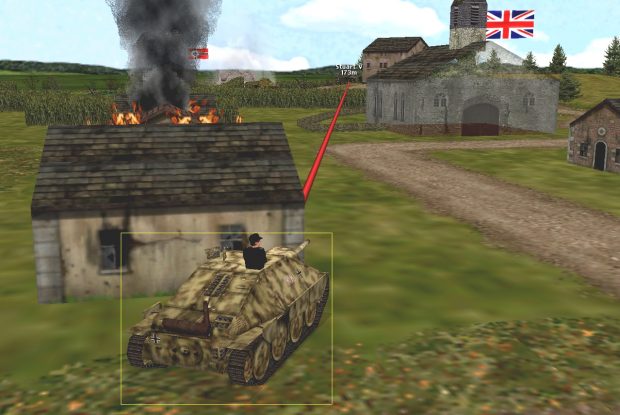 After slaying the PSW with a single 37mm AP round through its turret front, the Stuart went to inspect its handiwork. The ramble means it ends the turn presenting its tender tail to the Hetzer. It's possible the Allied light tank will slip out of sight (it's now heading southwards) before the TD has finished pivoting/aiming, but I'm optimistic we're on the verge of our first tank kill. 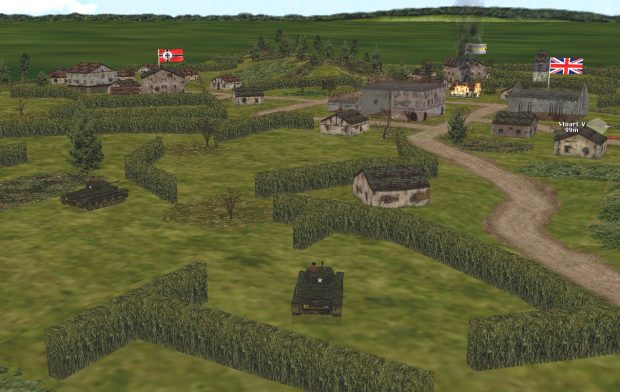 The Cromwells, like the Stuart, seem to have either lost patience with the sluggish British infantry, or interpreted Caent's somnolence as a sign that the village is undefended. The pair of Allied MBTs spend Turn 6 squashing molehills south of the hotel and end it tantalisingly close to both the pioneers and the Pak. 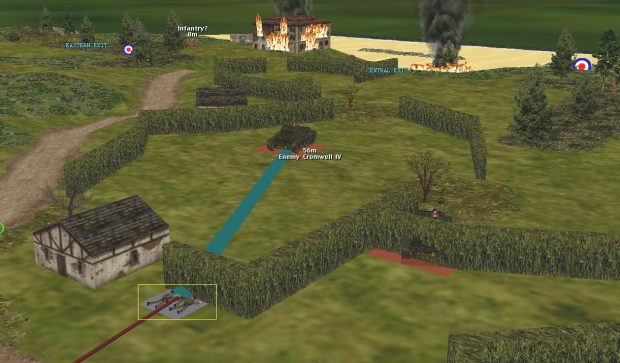 ^ Here's the situation in the centre of the map at the start of Turn 7. From their position close to the hedge Mogg's squad (pioneers) have clear LoS to the Cromwell on the left of the picture, and, assuming the tank on the right keeps moving, will very soon have LoS to that one too.

^ If the western Cromwell survives a demo charge attack on its right flank and pushes on, it won't be long before its left flank fills the sighting telescope of the Pak 38.

EDIT: As ItAintNecessarilySo points out, the western Cromwell is probably seconds away from spotting and engaging the Stuart-focussed Hetzer (it has uninterrupted LoS). A shot into the Hetzer's side armour will almost certainly prove fatal! 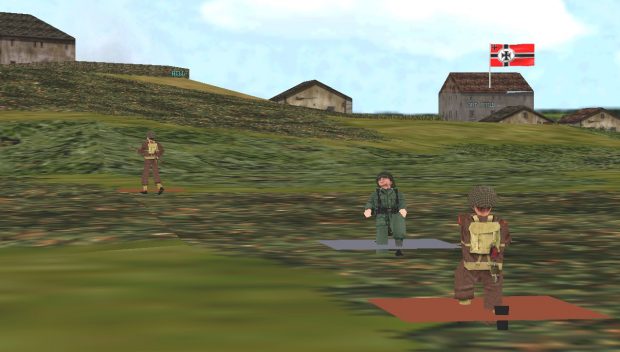 There are two other developments worth mentioning. The first relates to the pillbox survivors close to the sanatorium. They found themselves skirmishing with passing British infantry during this action phase. It appears the computer may be sending infantry northward through the woods circa column q. 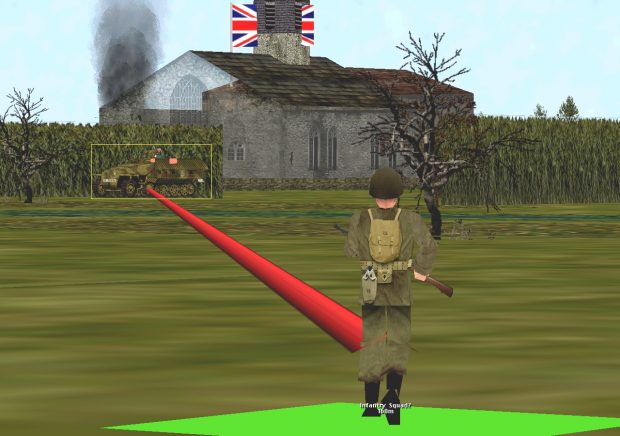 And in the NE of the map, as the PSW was meeting its maker, the in-transit halftrack was hosing what looked like a squad of US infantry (presumably the lost paras mentioned in the briefing) moving in the general direction of the church. 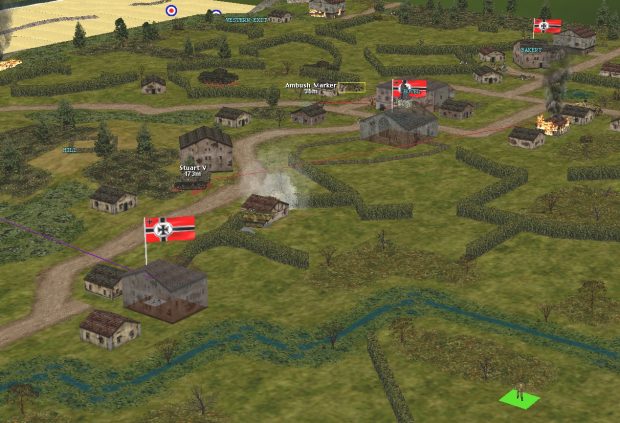 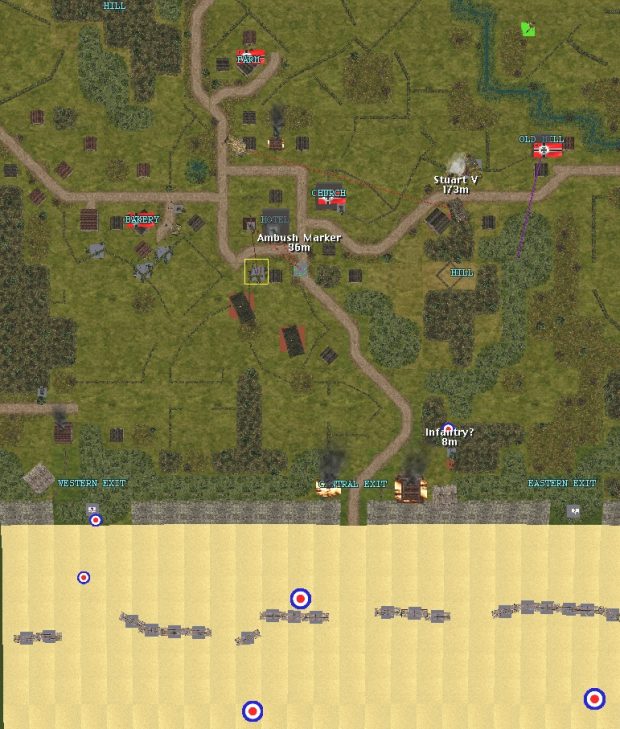