The warm glow of satisfaction generated by Turn 7's successes (One slain Stuart and two seen-off Cromwells) begins dissipating thirty seconds into Turn 8 and by the sixty second mark is a distant memory. It looks like the daring sally that cost the British one light tank and bagged them an armoured car and a halftrack was just the prelude to something much more concerted. 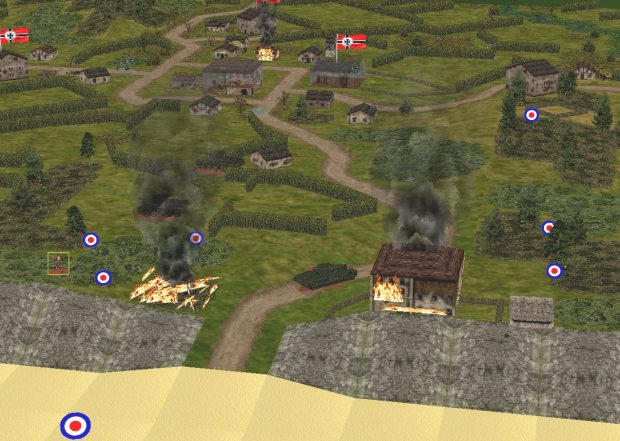 +30 seconds. Spraying sand and shredded seaweed from its caterpillars, a Churchill VII scrambles onto the metalled road below the sanatorium and begins trundling slowly but purposefully northward. Simultaneously, the patch of clifftop gorse on the lumberer's left gets a little more crowded. The newcomers look to be an infantry squad and an AT team.

+33 seconds. Cheered, perhaps, by the sight of their heavyweight comrade, the fleeing Cromwells stop and reorient. 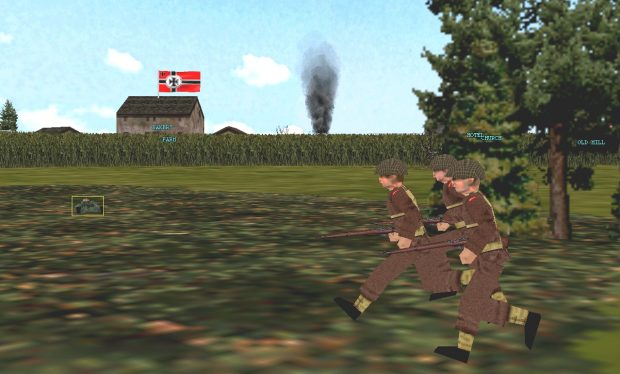 +48 seconds. A squad of Tommies trot past the broken pillbox survivors in West Wood. 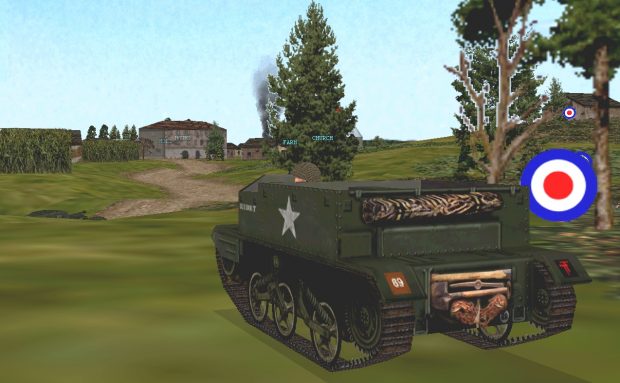 +50 seconds. On the eastern side of the lane, close to the knocked-out pillbox, a diminutive AFV beetles into Wodtke's Line-of-Sight. At first glance it looks like a Bren Gun Carrier, but after inspecting it with his ZF42 scope, our sharpshooter realises it's something potentially far more dangerous. 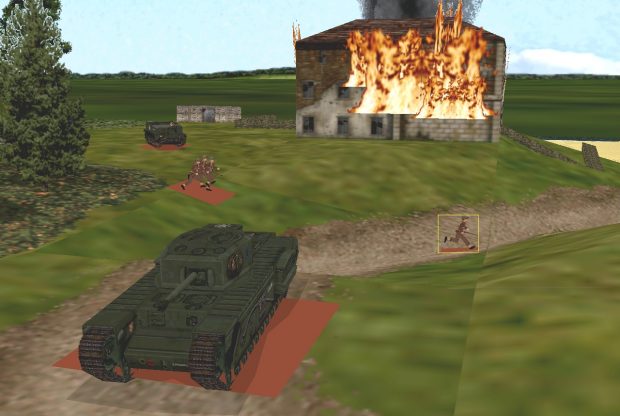 +52 seconds. British infantry swarm across the central lane as Wodtke takes aim at the Wasp's driver. 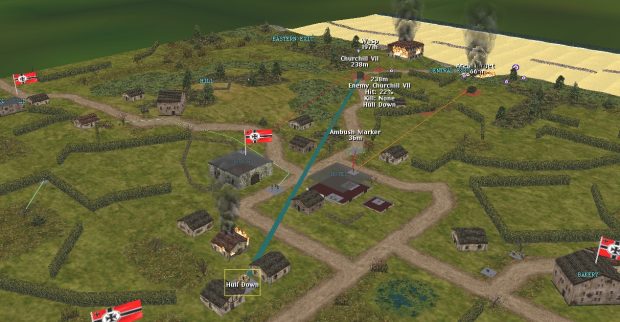 +55 seconds. Peering between bean poles and pegged washing, Unteroffizier Brenner, the Hetzer commander, spots the turret top of the approaching Churchill and prepares to engage. It's an interesting decision. The TD's 7.5 cm PaK 39 has very little chance of penetrating the Churchill frontally at this range.

+56 seconds. A lone mortar bomb falls to earth in the pasture south of the hotel. A quick check of Lt. Imhof's ammo count identifies it as a spotting round for our imminent*  81mm bombardment (As n13 was not in our mortar spotter's LoS I took the liberty of adjusting the targeting point to l12/l13). 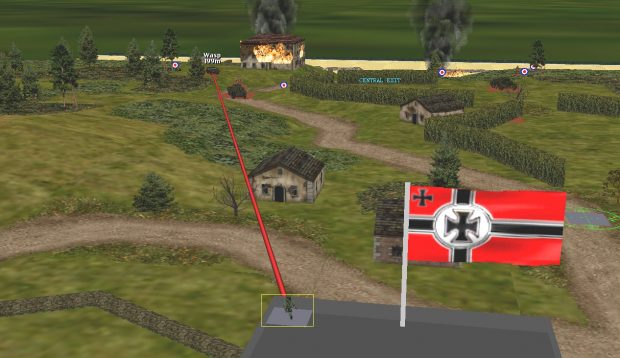 +60 seconds. With our Hetzer and sniper both unspotted and on the verge of firing, the clock stops.

The situation at the start of Turn 9:

At the mill, the LMG team and the US paras continue to trade fire. The rifle team outside the church may need to take a more circuitous route to r23 if they wish to arrive there unscathed. 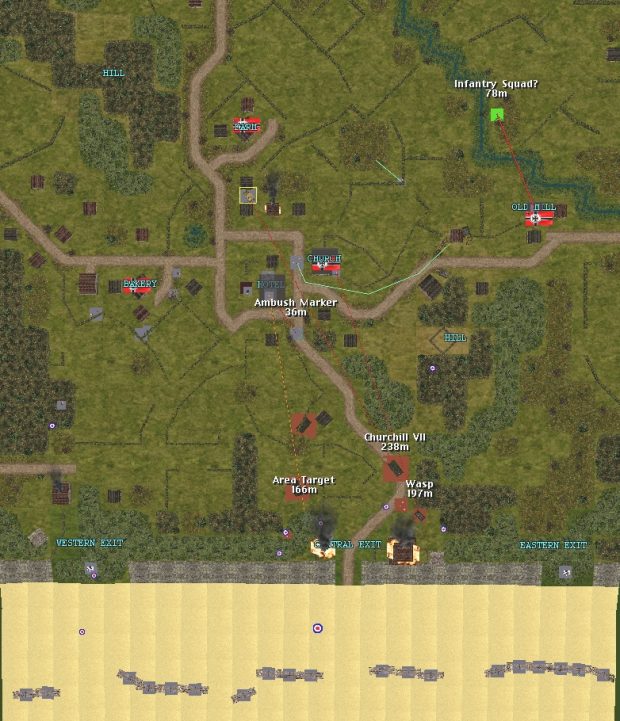