If you click on a link and make a purchase we may receive a small commission. Read our editorial policy.
Overthinking Games runs every other Monday, and is an opportunity for Malindy Hetfeld to take something about a game and think about it too much. This time she's dong self care with Wobble Yoga.

On a Tuesday this February, I fell in love with Jenny Jiao Hsia and her upcoming game Consume Me, one of the titles showcased at the V&A’s Videogames exhibit Design/Play/Disrupt. The prototype of Consume Me was the first game in a while that made me giggle manically, even though its subject matter, dieting and Hsia’s personal fraught relationship with it, isn’t necessarily a laughing matter.

As I frantically tried to find the perfect combination of foods to stack onto Jenny's plate, Tetris-style, I thought that this -- finding ways to highlight the absurdity of some of the actions we treat as normal -- was the perfect way to make a non-combat activity into a game. While that in itself warrants a look at Hsia’s other creations, what prompted me to finally do so was a depressive episode. (I try to talk about depression the same way people tell you they’re allergic to dog hair or don’t like onions all that much. It is what it is, I’m working on it, I’m navigating life with it, there’s no reason not to talk about it.) This is how I discovered Wobble Yoga, a body physics game that reminded me of depression. 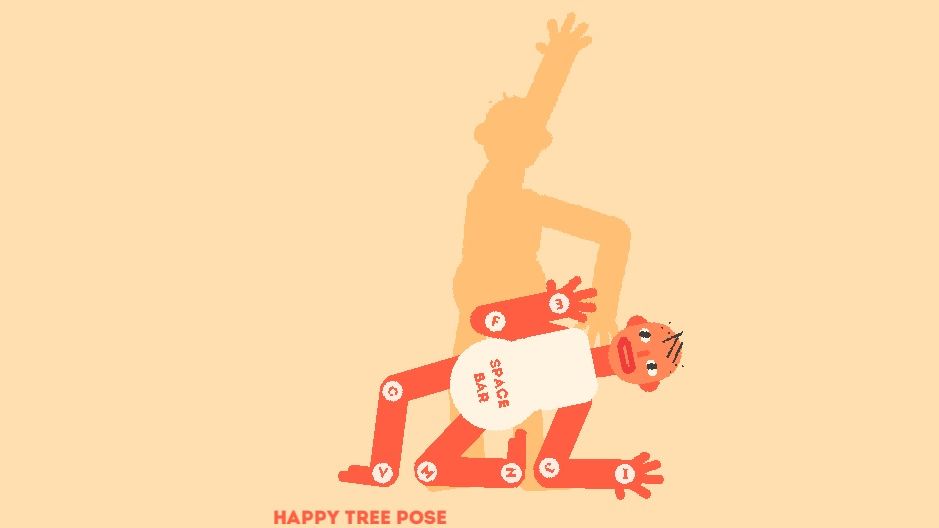 During periods when I don’t feel my best playing games can be hard. We often expect escapism from our entertainment, games above all, but gaming is also a considerable mental exercise. You follow rules, make decisions, solve problems… it can be taxing. I wanted to play something, but it had to be something simple, something to make me smile, and so I ended up playing Hsia’s Wobble Yoga on itch.io.

Wobble Yoga turns out to be a great metaphor for my state of mind during a depressive episode. You arrange your character into different yoga poses that have alluring names like ‘The Tired Stick’. There’s a button for each knee and elbow, your torso, and your left and right arms and legs. What sounds easy at first turns into an absurd adventure in anatomy, as the little you on screen performs handstands in order to position their arms and legs the right way. Think QWOP, but, you know, with yoga.

Hold a button for too long and a limb will fly dramatically, swinging from one side of your body to the other. Do nothing and your character will tremble with the sheer effort of not falling down, looking as if their weak muscles can’t cope with just standing upright. It’s simple yet over the top fun thanks to the overly responsive controls, but it’s also a frighteningly close fit for the contortions you go through in daily life if, for some reason, your body has decided to no longer do what your brain tells it to -- the same way I feel with depression. 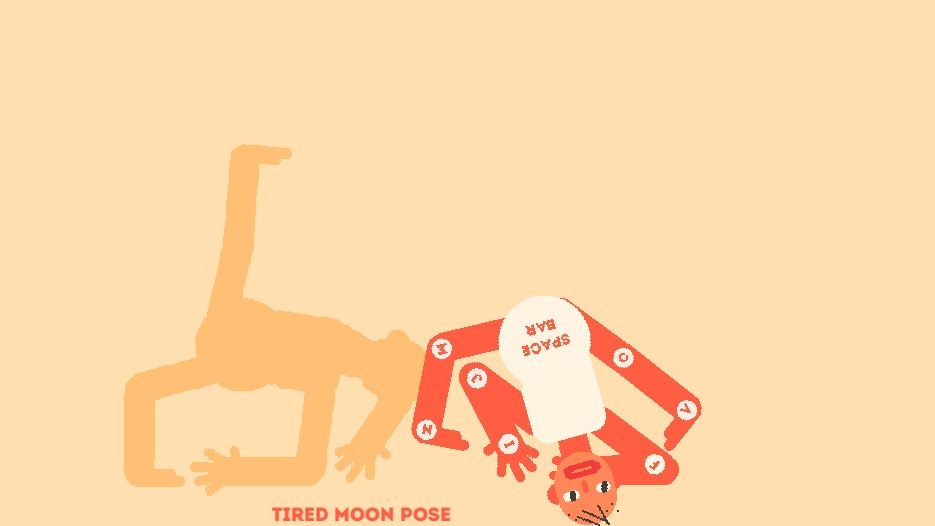 If I make it out of bed at all, I may then end up vacantly staring at the ceiling at 4am anyway, my body and mind overshooting like a dangling limb in Wobble Yoga. The easiest tasks, like putting a pair of socks on, suddenly take hours. It’s just as darkly funny to catch yourself after half an hour, one arm in a sweater, one arm out, having completely forgotten what you were going to do, and just as mechanical to will your body to put up some laundry by making a mental list of basic steps in your head – take the pin, take a shirt, etc. -- as it is to finish a yoga pose in Wobble Yoga.

Depression reduces me and my body to a set of individual commands and careful button presses the same way this game does. Sometimes I end up on the ceiling, too, metaphorically speaking, my brain tied up in knots over a single thought, the same way the character does when trying to accomplish a simple arm movement.

Jenny Jiao Hsia’s design prototyping phase for such a game is very orderly and aims to answer five questions: 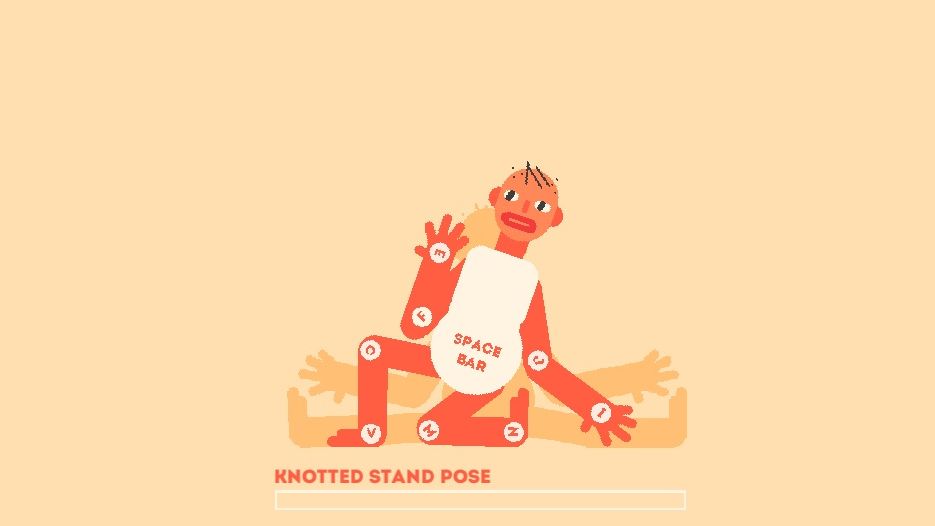 It’s a great way to describe the game in its entirety, while all meaning I attach to the game is my own. It’s simply a game about a certain action. After likening Wobble Yoga to my depression, I tried to contextualise my mental state by answering the game’s design questions. Mental illnesses have no goal, and they lack reason to have a clear end, but trying to solve it like a set of design questions gave me agency. I thought about what could have prompted it and what actions I should perform as a result to help me feel better. I thought about how to interact with my depression, how to find the easiest way to actually perform the actions I had determined would make me feel better. Sit up. Drink water. Open a window. These were actions I’d assign a player tasked with “playing through” depression in the style of Wobble Yoga.

This way of thinking helped me because, like in Wobble Yoga, I kept the end goal simple. In Wobble Yoga, I finish all the poses. I keep at it, even when my character is already contorted into an impossible shape. This depressive episode was the same. I kept going. I ate, put music on, wrote this article. It’s a simple approach and avoids judging your actions as good or bad.

Not all games have such simple goals, of course. Consume Me has much harsher restrictions on what constitutes success, as your goal is to successfully perform actions that will lead to weight loss. these kinds of restrictions have their place, are useful, can tell their own stories. I’m excited to see a game with a more definite win state. But having wobbled my way to sanity, I feel like a winner already.