Overwatch doesn't really have an in-game narrative. Instead, Blizzard have been telling stories about the hero shooter's characters over the years via animations, comics and short stories. If you've followed much of this stuff, you'll know that heroes Symmetra and Zenyatta have been pretty lacking on the lore front. But no longer! Because a new short story has arrived telling us a bit more about what they were up to before joining the Overwatch crew.

In a developer update, Jeff Kaplan talks about the in-game event linked to the story, as well as some changes coming to the game's role queue system, too.

You can read the short, Stone By Stone, on the Overwatch website. It follows Symmetra as she attempts to rebuild a temple that her employers, Vishkar, have managed to destroy. The omnic monk Zenyatta is there to help out, too, and lay down some wisdom and tranquility, as always. The short is written by Christie Golden, who's worked on all sorts of tie-in novels for the likes of World Of Warcraft, Assassin's Creed and Star Wars.

Tied with this new story is a new in-game event, which is the same as a lot of the old smaller ones. All you need to do is win nine games, and you get a pretty epic skin for Symmetra. You can also earn sprays and things by watching partnered Overwatch streamers on Twitch. 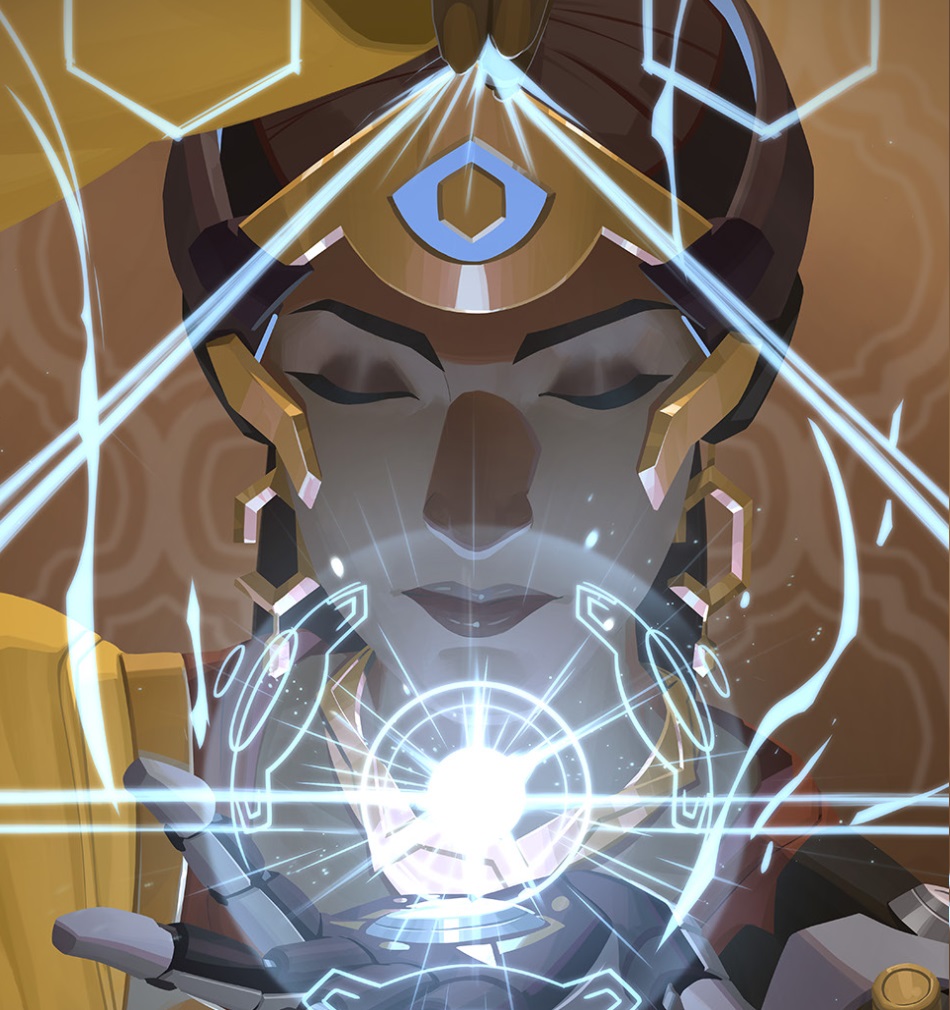 A pretty cool change is on its way to the game's role queue system, too. Overwatch is introducing something called a Priority Pass. It's basically yet another effort to help queue times for players who want to play a damage hero.

They're awarded to flex players (people who just select every role on the role queue screen to fill whatever's needed), and the more games you win playing flex, the more Passes you earn (though you will get some if you lose, too).

You can bank up to 40 Priority Passes, and the next time you want to queue for a specific role (let's be honest, this is pretty much solely for damage) you can use a Pass to get into a faster queue. Kaplan notes that this doesn't mean you'll find a game instantly, but it should be a whole lot quicker.

The idea behind this is to encourage the kind of behaviour role queue was designed for in the first place - making players try out all the roles and characters.

As someone who pretty much only plays flex, I think this sounds brilliant. I can see how this might not go down well with the one-trick Genjis of the world, though. But Overwatch has loads of fun characters with unique ways to play, so you really should give them all a chance.

Kaplan doesn't reveal exactly when this change will drop, but it will hit the PTR (Player Test Realm) at some point in the near future for players to try it out.