One of the first things that excited me about Overwatch, long before I got the chance to play it, was hearing about Widowmaker's grappling hook. I needn't tell you that grappling hooks are the most entertaining toys video games have ever given us - partly because I'm sure I and everyone else who writes about games has already told you, and partly because it's a self-evident truth.

But not all hooks are created equal. Widowmaker's turned out to merely facilitate a fiercely boring 'A to B' mode of travel, where you don't even need to think about momentum. Enter Wrecking Ball, a hamster named Hammond who's pulled grappling hooks into a bold new frontier.

I'm going to call him Hammond, because Wrecking Ball is an unwieldy name that doesn't do his personality justice. Not that there's actually much to his personality - he's a hamster that doesn't speak - but what's there is gold. His high pitched squeaks juxtapose wonderfully with the deep robotic booming of his mech, and the sight of his little paws at the controls is inevitably adorable. He yawns, he sneezes, he wriggles. It's an excellent piece of character design, but I'm not writing about Hammond because he's cute. I'm writing about him because his abilities easily make him my second favourite hero in the game. 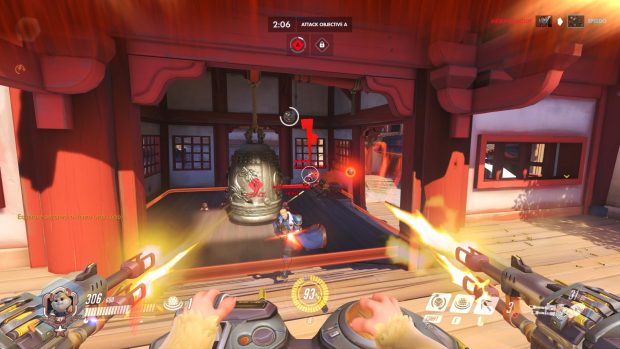 He exudes fun. That grappling hook is on a five second cool-down, and it's a swinger not a zipper. That means you can do stuff like turn into a ball, leap off the edge of a map while firing your hook at a wall, use the momentum on the upward swing to send yourself sailing through the air and then use his piledriver ability to slam into the ground and send every nearby enemy hurtling into the sky you just vacated.

He revolves around mobility to a degree that no other hero comes close to. You need to learn where the right grappling points are to pull off these sort of stunts, but on some maps it's possible to go from the spawn to the frontline in about three seconds. I plan on learning how to do that at some point, but in the meantime I'm happy to roll around at the speeds he can reach without such gimmicks. Even without grappling to accelerate (which engulfs the ball in flames, damaging and knocking back anyone you hit), this boy can move. Whipping out your guns, firing, then rolling back into ball form can all be done before an enemy has had time to turn around. 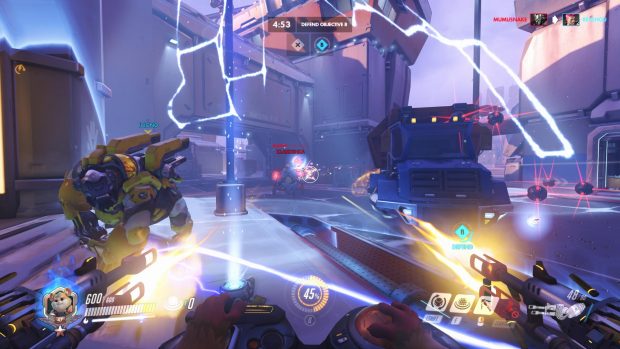 You may well want them to turn around though, because his job isn't necessarily to kill people. It's a role I'm only half used to playing: rather than damaging enemies outright, his main aim is to distract and disorient. His guns feel piddly, especially if you swap to him from a high damage hero like Mcree, but that's only fair. His job is to swing in from an unexpected angle, knock people about a bit, then get the hell out of dodge. He can pursue squishy heroes, sure, but any time spent chasing is time spent taking a tank away from where he shines - weaving back and forth between the front and the back line while setting up kills for his teammates.

It's a tricky role to grasp, and I've heard him described as a hero with a high skill ceiling and a high skill floor. Learning how to move is hard at first, but the more difficult task is learning where to move him. He can't directly protect his teammates apart from by putting his body between them and incoming fire, so playing him like Reinhardt would be a mistake. He can't match the damage of D.Va though, so playing him as a 'dive tank' in the same way isn't advisable either. The location of your teammates is crucial, because Hammond often contributes the most by letting them dish out damage. 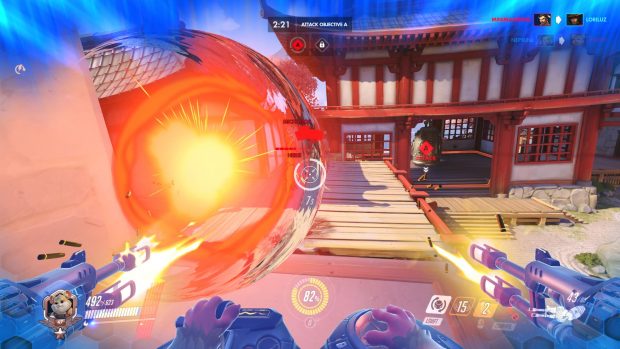 I play a lot of shooters, so I'm decent at aiming. What I've really got a knack for, though, is getting into and escaping hairy situations. That's Hammond's MO.

There's something about the psychology of the chase that I love tapping into. With Genji, that might mean running up the side of a doorway, then attacking a pursuer from above and behind as they walk through. With Hammond, that could mean attaching myself to the top of an archway, then rolling forward up and around to punt whoever's chasing me into an abyss. I haven't actually managed that yet, but the day I do you can bet I'll update this article with the gif. 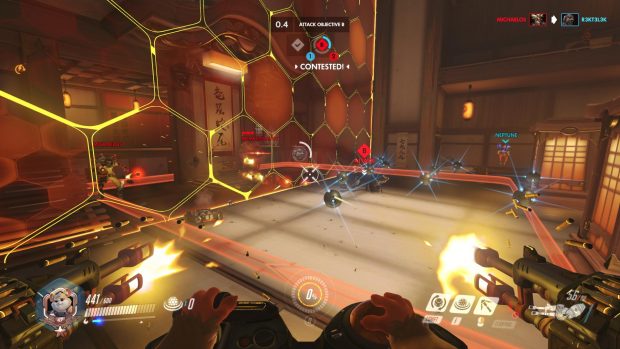 I have punted a few people though, and God has it felt good. I've always liked that element of characters with knockback abilities, though I've never got on with the rest of their tool kits. I've embraced Hammond's, though, and the handful of punts I've pulled off so far have been immensely satisfying. The times I've sent myself careening into the void, less so. It'll be a long time before I feel comfortable picking him in competitive play, but I'm confident I'll get there. I'm one of those people that justifies only playing DPS heroes because I'm terrible at everything else, so I'm looking forward to squashing that guilt with Wrecking Ball. I mean Hammond. 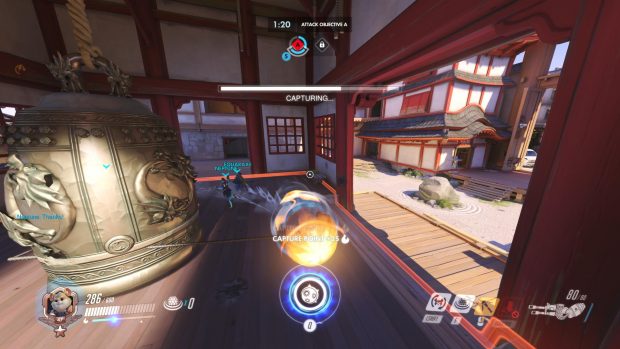 I tend to dip in and out of studying Overwatch strategy, so I should mention that a lot those thoughts have been informed by this video. They all make sense to me though: he lacks offensive power, but he's lightning fast and has all the distracting power in the world.

He's the best mechanised death hamster the world has ever seen.