I await Ice-Pick Lodge's alternate-earth plague survival adventure Pathologic 2 with equal parts excitement and dread. The original, for all its technical (and translation-related) flaws was a systems-rich game where you juggled allegiances as much as personal stats and resources. In their latest development blog post, Ice-Pick Lodge detail some of the interesting new systems that you'll have to worry about, on top of everything the cult favourite demanded of you.

Originally envisioned (and Kickstarted) as a Pathologic remake, it's increasingly easy to see why Ice-Pick have chosen to rebrand it as a sequel, Their latest development progress report goes into some of the grittier new mechanical details, including a quick glimpse at the new reputation system. There's nothing so ham-fisted as a karma meter in the game, but rather each part of the city will have its own opinion of you. Upset a group enough and they'll eventually become hostile, so it might be best to smooth over tensions before things get too hairy.

Hostilities need not end in bloodshed, though. At least, not past a point. When resolving disputes with your fists (the new melee combat system looks weighty and satisfying, too), you'll sometimes just be able to force your opponent to tap out and surrender. You'll even have the option to shake them down for money or items before letting them go. It's nice to see NPCs unwilling to fight to the death over three coins and a bread-crust for once. 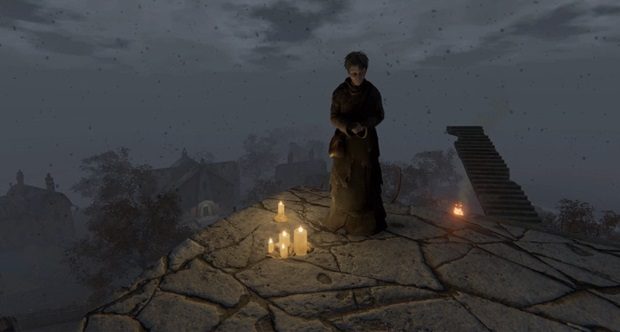 One other potentially game-changing mechanic is the introduction of a herb-gathering and potion-brewing system. In order to help keep the plague at bay (or maybe just produce something you can sell to the locals for a quick buck), you can create immune-boosters and other such concoctions using certain plants around the map. Such herbal brews are also required for the Haruspex - one of three playable characters - to do their bizarre CSI scrying thing.

While Pathologic 2 as a whole seems to be coming along nicely, Ice-Pick have always been a rather down-to-earth studio, unafraid of showing all the things that have gone wrong during development, including NPCs getting thoroughly confused by stairs, and flamethrower troopers that seem to enjoy their job just a little too much. It's well worth taking a look at their full gallery of animated GIFs if for no other reason than glitches being funny.

For those of you still wondering what all this Pathologic malarkey is about, the semi-recent Pathologic Classic HD (just £2 in the current GOG sale) is well worth checking out, if you don't mind a little more misery and stress in your life. Ice-Pick polished up the original game a little tech-wise, but the most important change is that they re-translated it from the ground up. It's a massive improvement, as large chunks of the original release were rendered nigh-unplayable by the publisher's unintelligible machine-translated script. 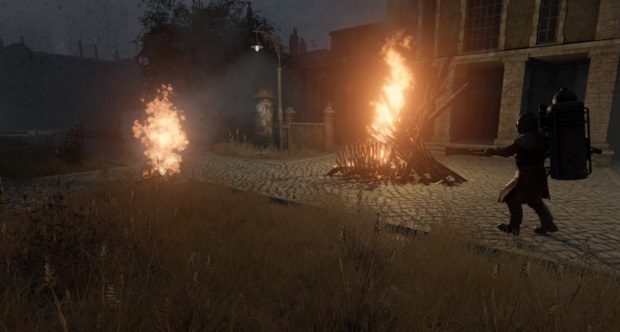 There was (past-tense, sadly) a playable demo/standalone side-story for Pathologic 2 called The Marble Nest, which you could get here. It has since been pulled from Steam due to being such an old and unoptimized version of the game engine that Ice-Pick would rather not give anyone the wrong idea. Still, it's an interesting little peek into a strange world that I'm looking forward to diving deeper into, and you can find plenty of full playthroughs of it on YouTube.