I love a spin-off. Angel? Great stuff! Count Duckula? The Better Call Saul of cartoons. Kourtney and Khloé Take Miami? Take me, I’m yours! I could go on and on cutting-and-pasting from this Wikipedia page, but I’ll get to the point. Games also have spin-offs. Often they’ll be forgotten about. Sometimes they’re even disowned. On a few occasions, they’ll take on a life of their own and exist apart from the game that spawned them, never calling, never visiting, only sending a multipack Christmas card. Below are a few stories of surprising spin-offs. The 2D Half-Life 2, the Fortnite that failed, the single-player Counter-Strike that no-one asked for, and more. 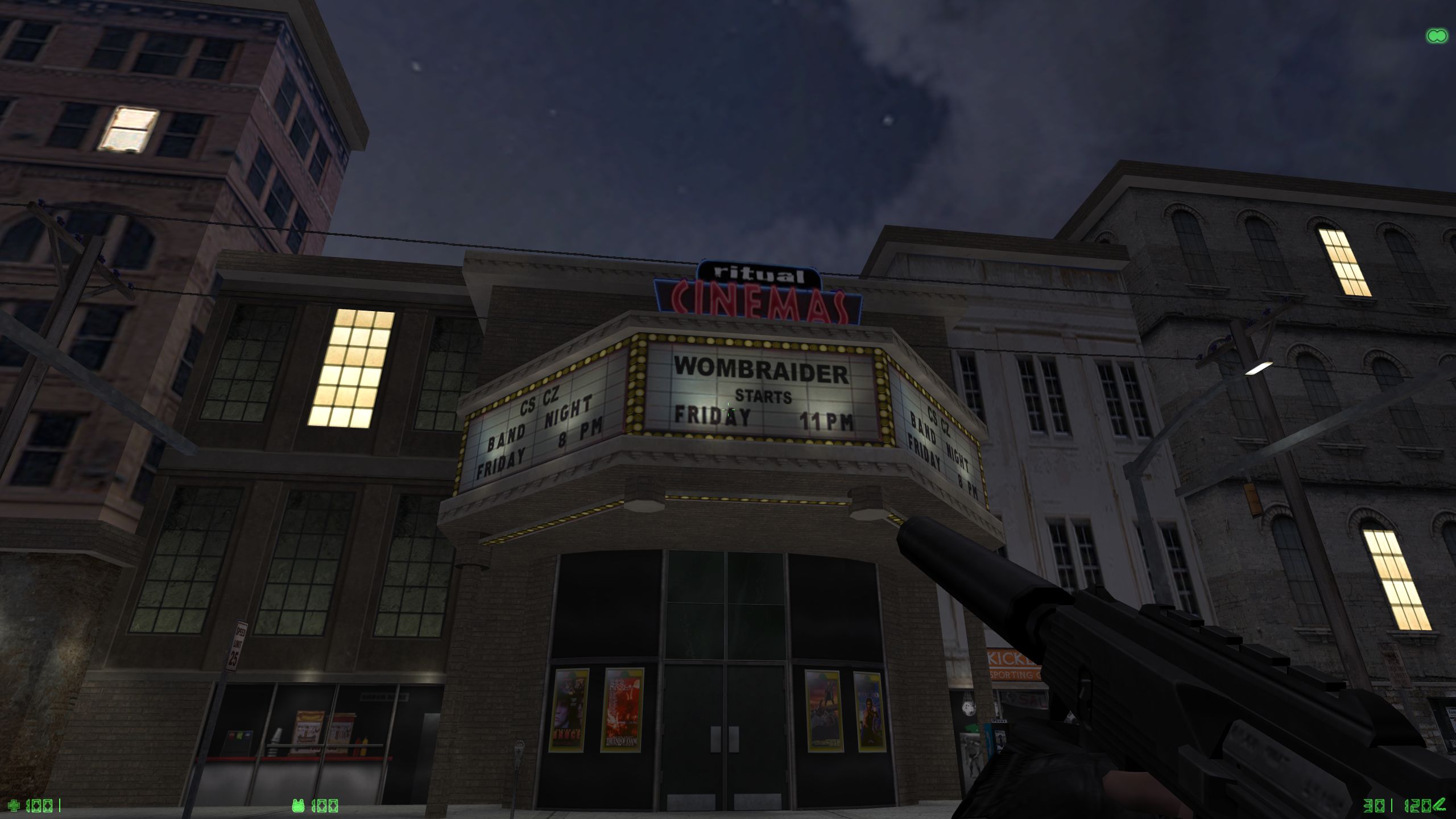 Rogue Entertainment, Gearbox, and Ritual (the developers of the SiN series), all worked on Condition Zero's single player. It had gone gold - it had even made it as far as being reviewed by press - when Valve un-golded it, and passed it to Turtle Rock to recreating the classic Counter-Strike experience, but with bots. This part of the game was already in the works as an addition to the single player bit, but it wound up being the main game by default and was given additional development time and support.

Without that support, Turtle Rock might never have started the experiment where they set a team of four human CT's fighting off an overwhelming swarm of knife-wielding Terrorists. This experiment would eventually become Left 4 Dead. The single-player campaign, all that was left of Ritual's work, became the “Deleted Scenes”. It's a freebie to anyone who buys Condition Zero (most likely as part of a Valve Collection during a sale).

Spun-off from: The Arma series 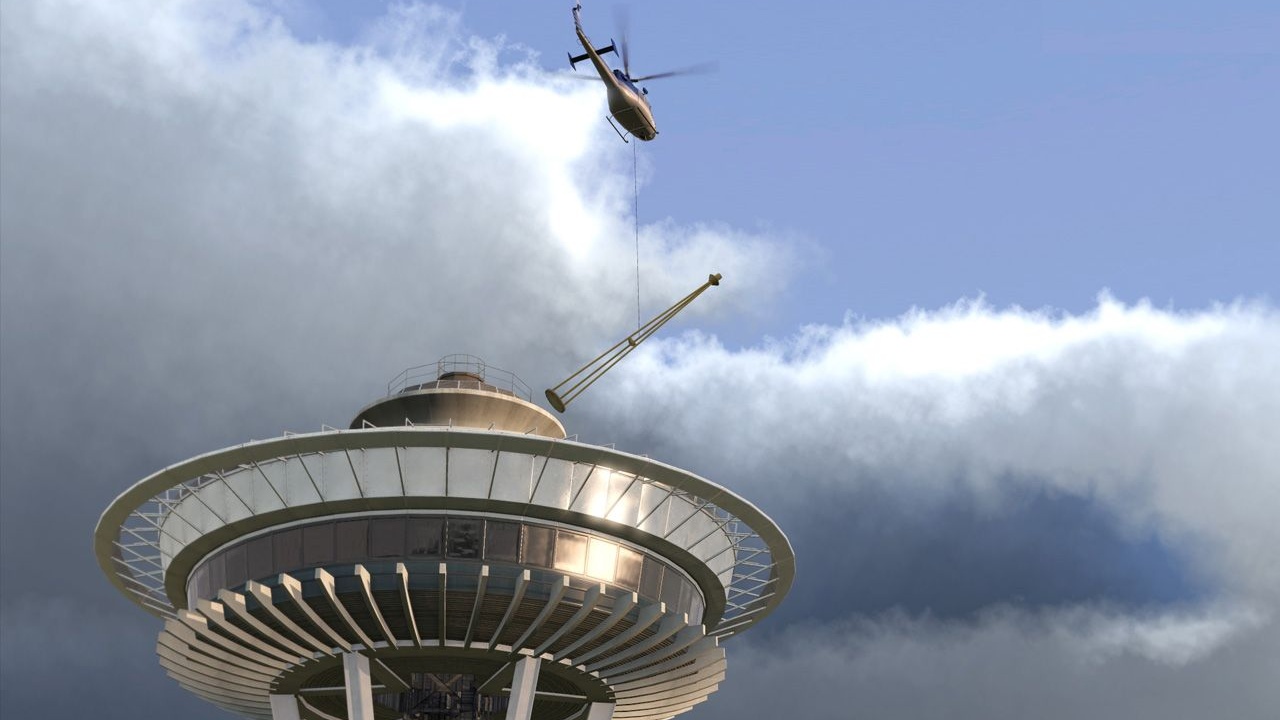 It is the distant future: the year 2013. In an effort to make something of his life, Tom Larkin has started chopperring around the skies of Seattle as a helicopter pilot, doing delivery missions to make his dead dad proud. Take On Helicopters was released pre-DayZ, when Bohemia Interactive were mostly known for the detailed and ditzy war games of the Arma series. A grief driven delivery game is not what we expected of them, but they gave us one nonetheless.

It’s Arma that Take On takes off from. Sharing the engine makes sense, as the game covers two huge landmasses in the US and Asia, but there’s more to it than that. The Asian map is Takistan, where Arma 2: Operation Arrowhead was set, and flashbacks reveal that Tom Larkin was a military pilot. Bohemia didn’t drift too far from their helipad with this one, and eventually all of Arma 2's terrain was added to Take On Helicopters via DLC, because sharing is caring.

DayZ is also a spin-off of the Arma series, sharing the landmass of Chernarus. It’s obviously taken on a life of its own (aha!), to the point that Chernarus is now more heavily associated with the zombie dodging survival simulator, but ARMA is the daddy.

Spun-off from: Fortnite: Save The World 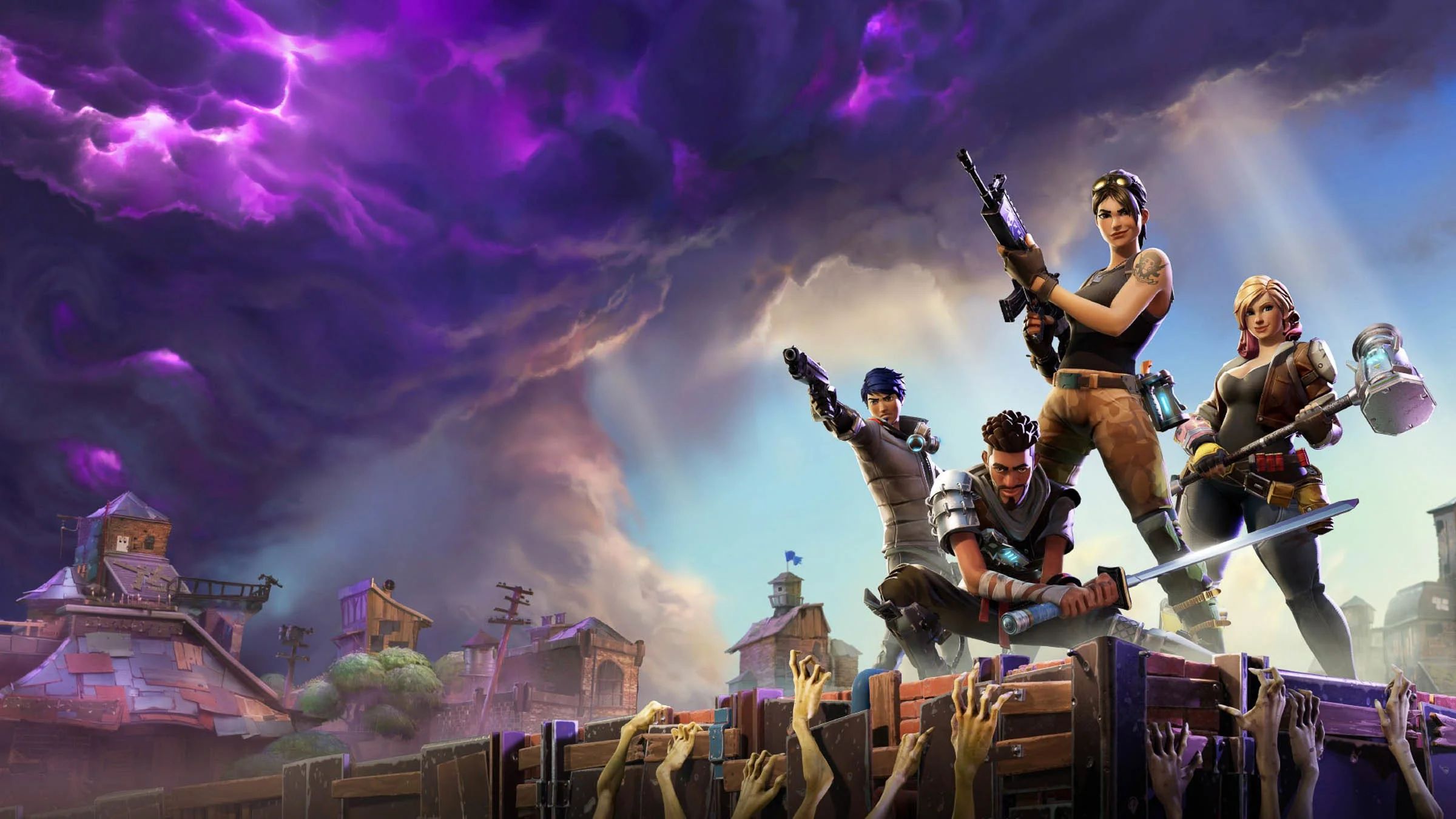 Fortnite Battle Royale is the world’s most well-known game, a cultural cornerstone, and something that has turned Epic Games and its store into the main competition to Valve’s Steam monolith. It's also a spin-off. The base game, Fortnite: Save The World, is a very forgettable co-op horde shooter.

If there’s ever a "pivot to…" moment to congratulate anyone on, it’s the step that Epic took to peer through binoculars at Plunkbat, and then rebuild Fortnite into a free-to-play battle royale game. Save The World, by contrast, is both not free and a confusing mess. Epic worked on it for years, revealing the lesser known version of Fortnite in 2011, and finally releasing in July 2017 to, by and large, a round of shrugs rather than applause. But then, just two months later, Fortnite Battle Royale was released. Well played.

Spun-off from: the Battlefield series 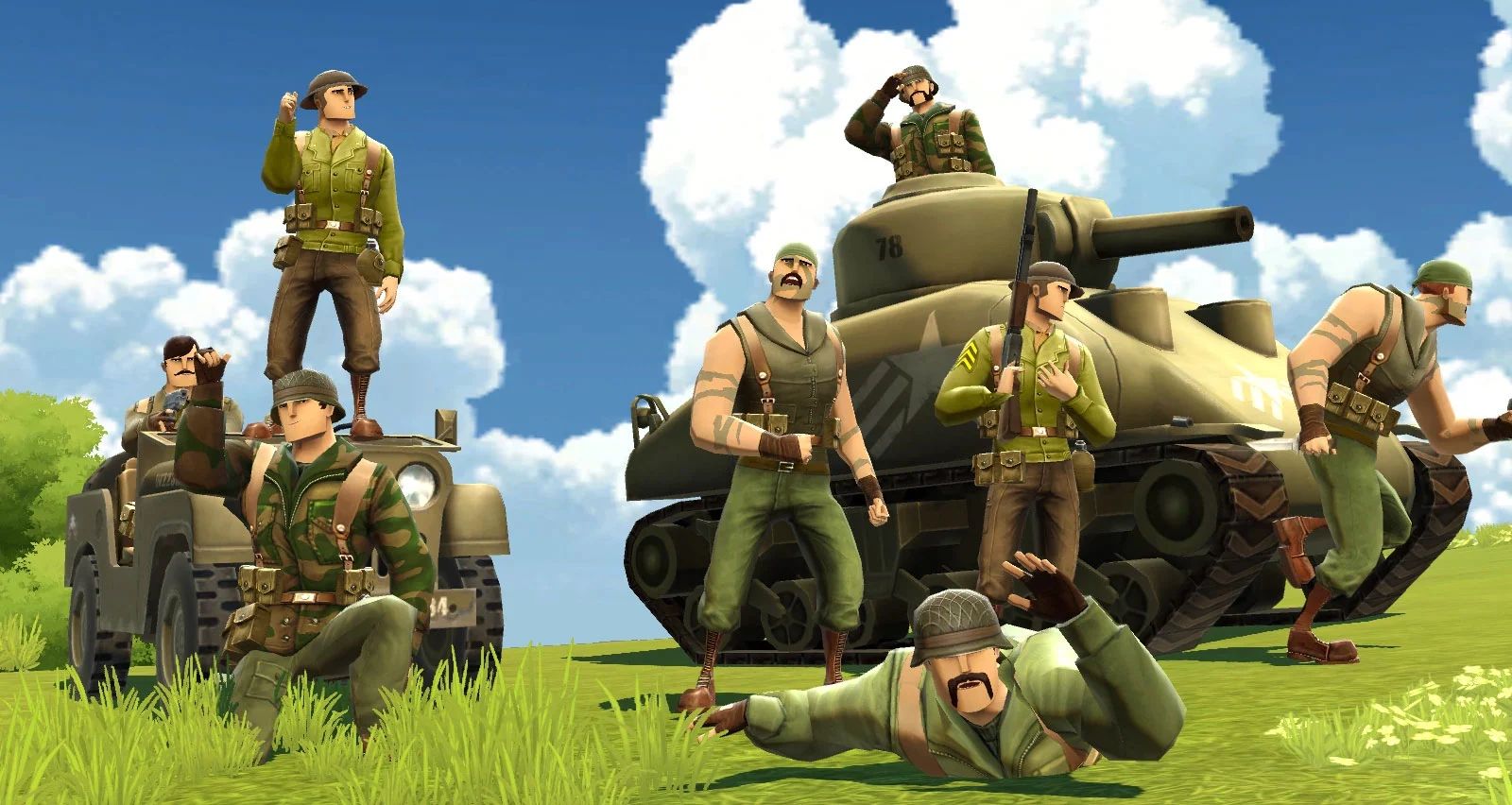 Though it’s never really steered too far from men-with-beards-shoot-things-in-a-hyper-realistic-manner, DICE’s Battlefield series has always had a sly sense of humour. Even so, Battlefield Heroes is the most baffling of Battlefields. It’s the Saturday morning cartoon version of the game. Here, look:

Free-to-play, third-person, and as cartoony as Roger Rabbit’s fever dreams, Battlefield Heroes riffs off popular culture in a way most unfamiliar to the series. If it were released today, you’d be guaran-damn-teed that it would be a battle royale game, and would probably have enjoyed modest success.

Instead, it was bogged down with micro-transactions and never earned an audience desperate enough to play its team-based battles, though it gave it the old college try from 2009 to 2015. But you'd probably forgotten it even existed until right now. 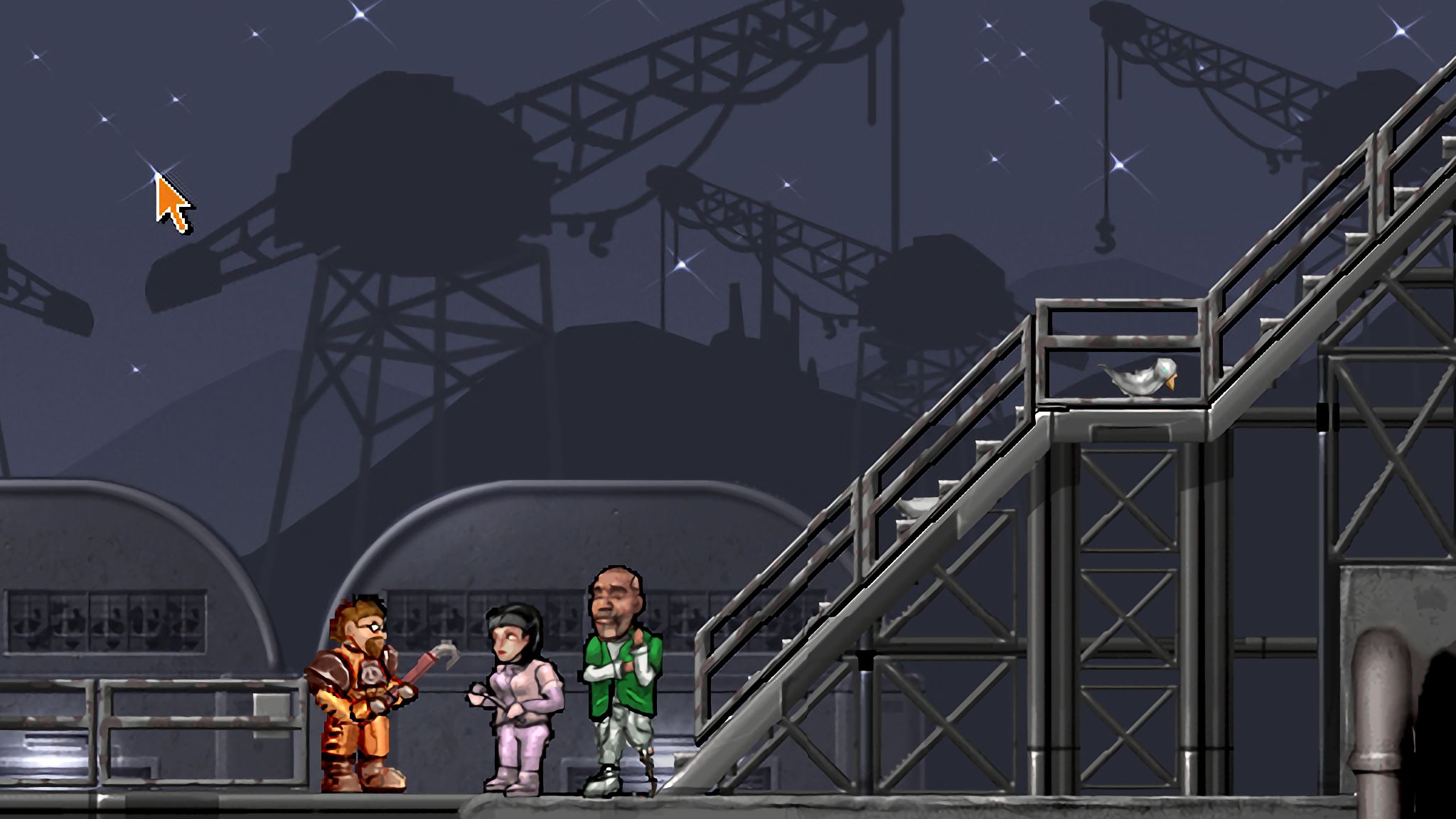 If you’re old enough to remember the absolute drama that was the development and launch of Half-Life 2, you’d be well within your rights to think that Valve wouldn’t have a sense of humour about the whole thing. The month that the game was due to be released, Valve’s network was hacked and the source code to the game was stolen and subsequently leaked. This was September of 2003. We wouldn’t be able to legitimately play Half-Life 2 until November of 2004.

But Valve did have a bit of fun. They put Codename Gordon up on Steam, which was a fan-made, 2D flash tribute to the game that wasn’t yet released. It was surprisingly accurate: a small, but perfectly formed bit of City 17 and its surroundings. The best thing is how it deals with the protagonist's silent fortitude: Gordon speaks only in emoticons.

It was even rumoured that Gabe's plan was to release Flash Gordon as an April Fool's joke, claiming it as the real HL2, before he was talked out of it. In the end it was released in May of 2004, six months ahead of HL2’s release. So actually that may mean that Half-Life 2 is a spin-off of Codename Gordon?

These days you can’t find it if you search for it on Steam, although it's still there. Valve simply took any mention of Codename Gordon from the store - but you can install it if you know the SteamID.