The sci-fi generals of PlanetSide 2’s never-ending conflict will be waging a new kind of war early next year. PlanetSide Arena is a battle royale shoot-the-lads that will launch as a full game on January 29, developers Daybreak are telling everyone today. It’s going to have a shrinking battleground, reworked guns, spacebucks, jetpacks, orbital strikes and big group matches that see 250 boots-on-the-ground shooting at 250 other boots-on-the-ground. Also, everybody has a quad in their pocket that they can whip out whenever they want and drive across the hills.

“We want PlanetSide Arena to be a faster-paced, more kind of ‘on your feet’ [game],” lead game designer Tony Morton tells me during a presentation from the H1Z1 makers. In the demo, tracer rounds graze the horizon, pods fall from a giant dropship, and holographic guns float above cylindrical terminals. It feels familiar both to anyone who’s done a tour of duty in PlanetSide 2 or dipped into other last man standers. Much of it is following the trends. You can jump in solo, or in a group of three, or fight in “massive clash” mode (that's the aforementioned 250 v 250 murderfest, although there are also plans for up to 1000 players per match). There will be vehicles like jeeps and tanks, and it’ll feature a “seasonal story arc”, although it’s unclear if that means its own version of Kevin the quite large cube. 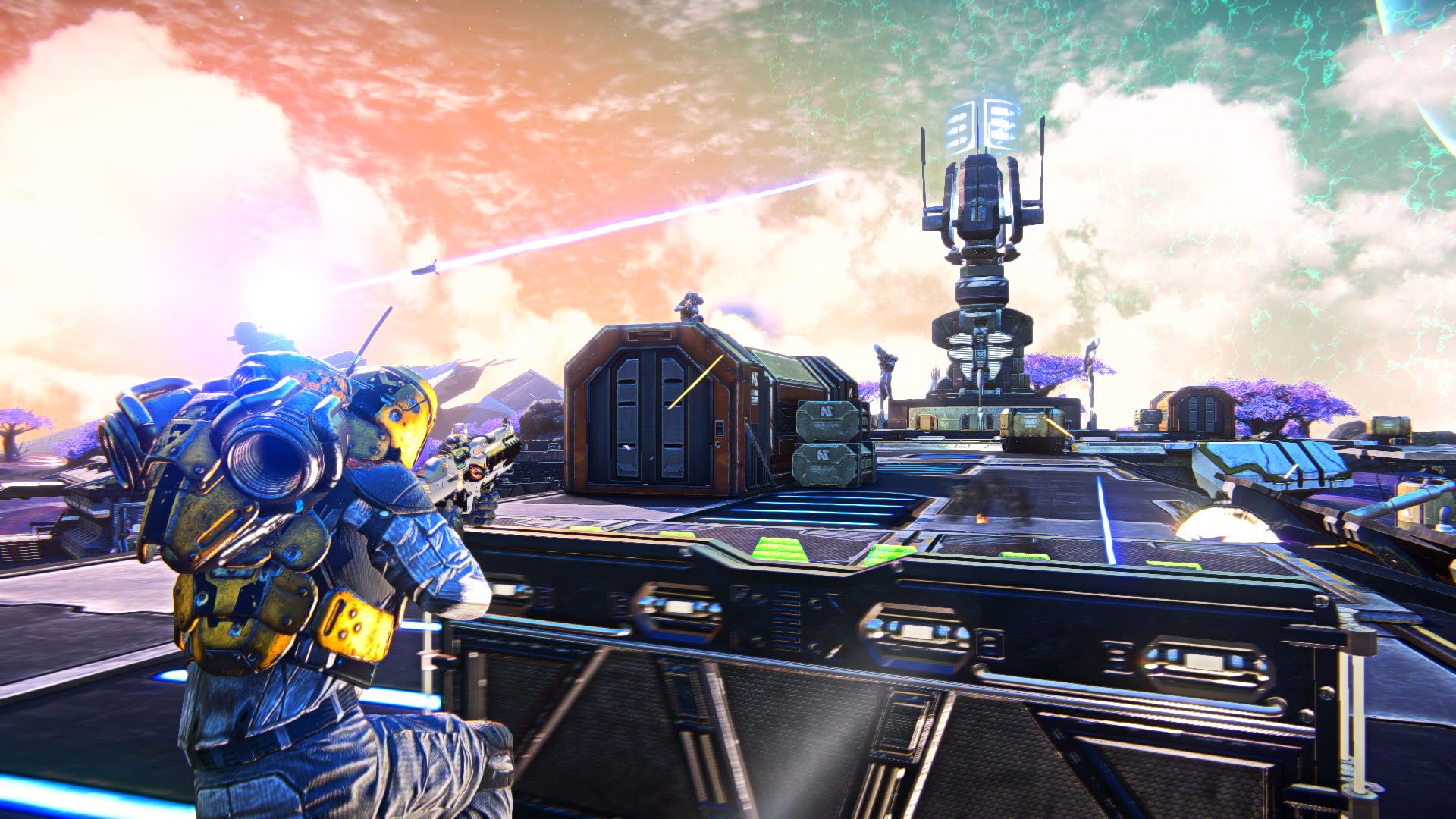 The sci-fi skin of its forefather stretches over it. For instance, players are pooped out in tiny pods by a big dropship, the Bastion – a giant fleet carrier that never quite made it to PlanetSide 2. And some of the same soldiering is still here. There are different classes to choose from, for example. A medic, an engineer, and an assault class. Each of these has their own spread of minipowers. Look, the medic has a shield regenerating device, and the engineer’s got a turret, and the assault lad can plonk down a totem that heals allies and hurts enemies in its radius. If one of your squadmates gets killed, I’m told, they’ll bleed out on the ground for 60 seconds, immune to any follow-up gunfire. You can gamble whether you want to rush out and revive them, or keep your head down and let them die. 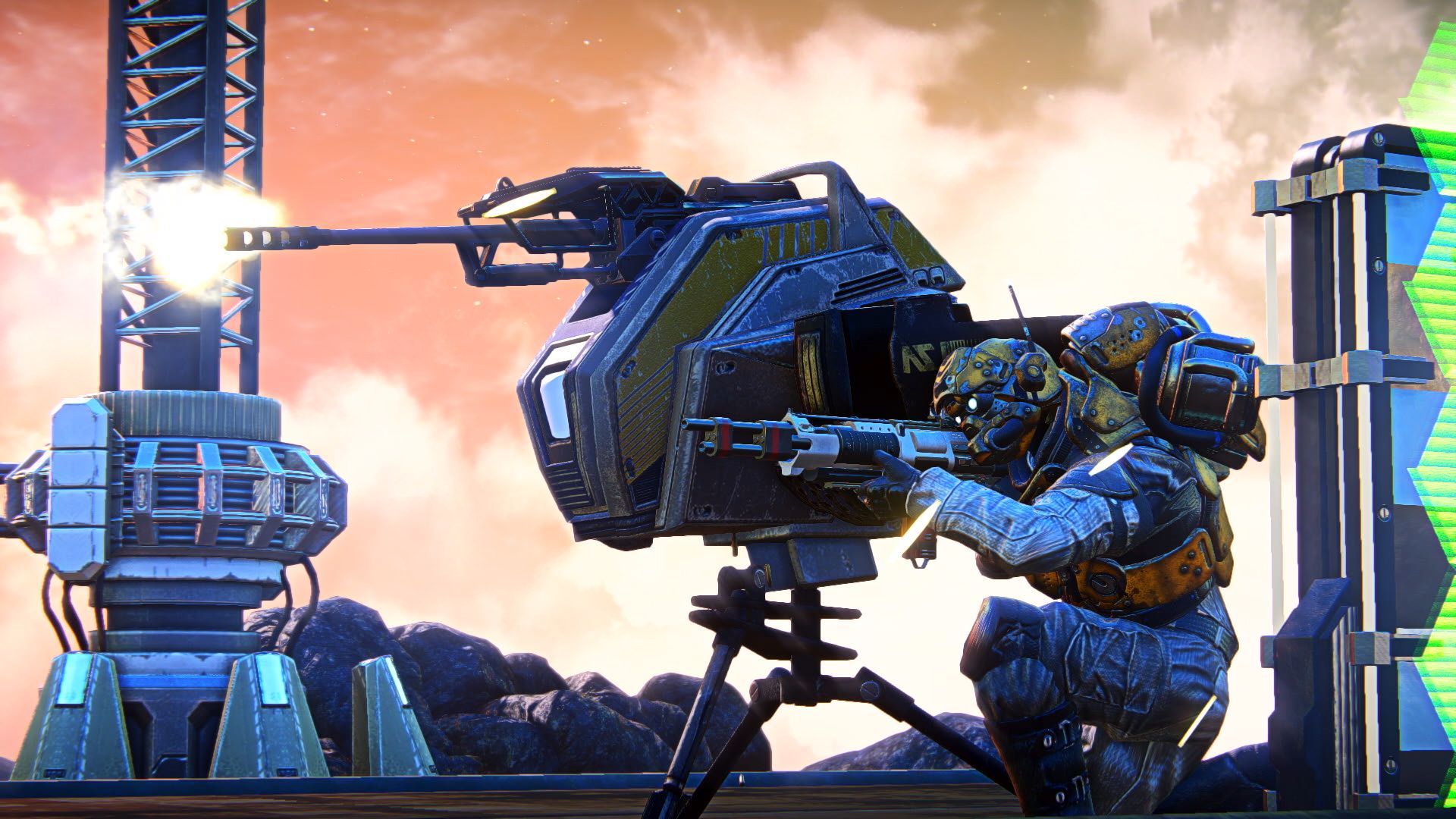 The familiarity is in the mountains too. It’ll launch with a map that’s based on the terrain of a current PlanetSide 2 map, Amerish. But to render it royale, the designers say they have given it a “significant rework”.

“PlanetSide 2 was always designed around choke points,” says Morton, “because it was all large scale battles. It was more about ‘capture and hold’. But with battle royale, it’s about traversal, because you’re not really sure where the… endzone is going to be. So we had to make sure players were able to get from just about anywhere to anywhere...” 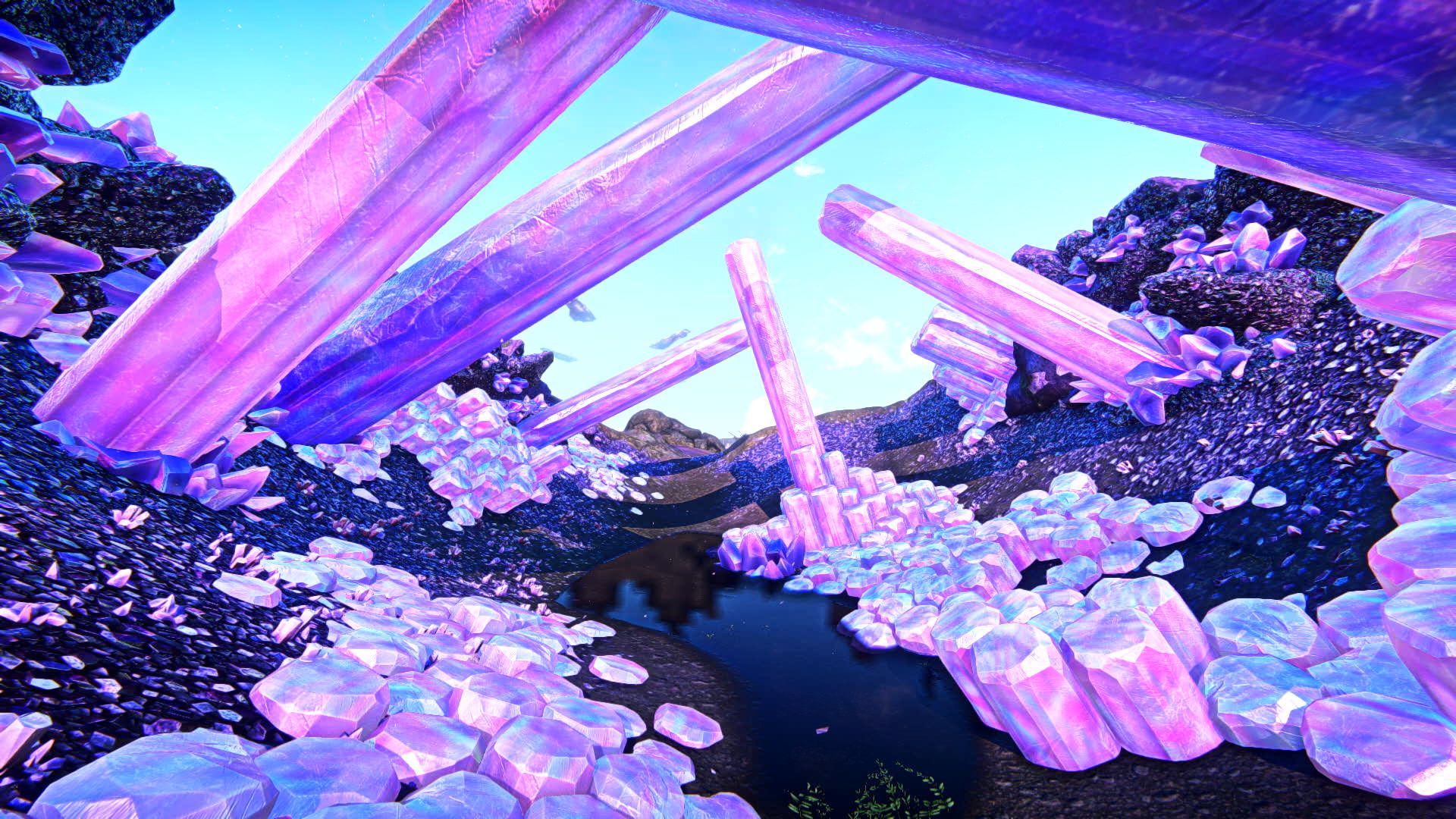 It’s not the only thing that’s being glittered up for royaleists. The guns of PlanetSide 2 were arguably one of the game’s most obvious weaknesses. They felt light and limp, pew-pew guns on a battlefield that included airships that could strafe your men to bits. The weapons for Arena have been slightly reworked.

“They’ve had a visual overhaul,” says Morton. “The audio team is currently going through an audio overhaul as well… audio can have a pretty big effect on the feel and punchiness of a weapon.

“The general shield amounts have been tweaked with as well, so it may feel a bit more impactful when it comes to dealing damage… we’re hoping to deliver that punch and that kick.” 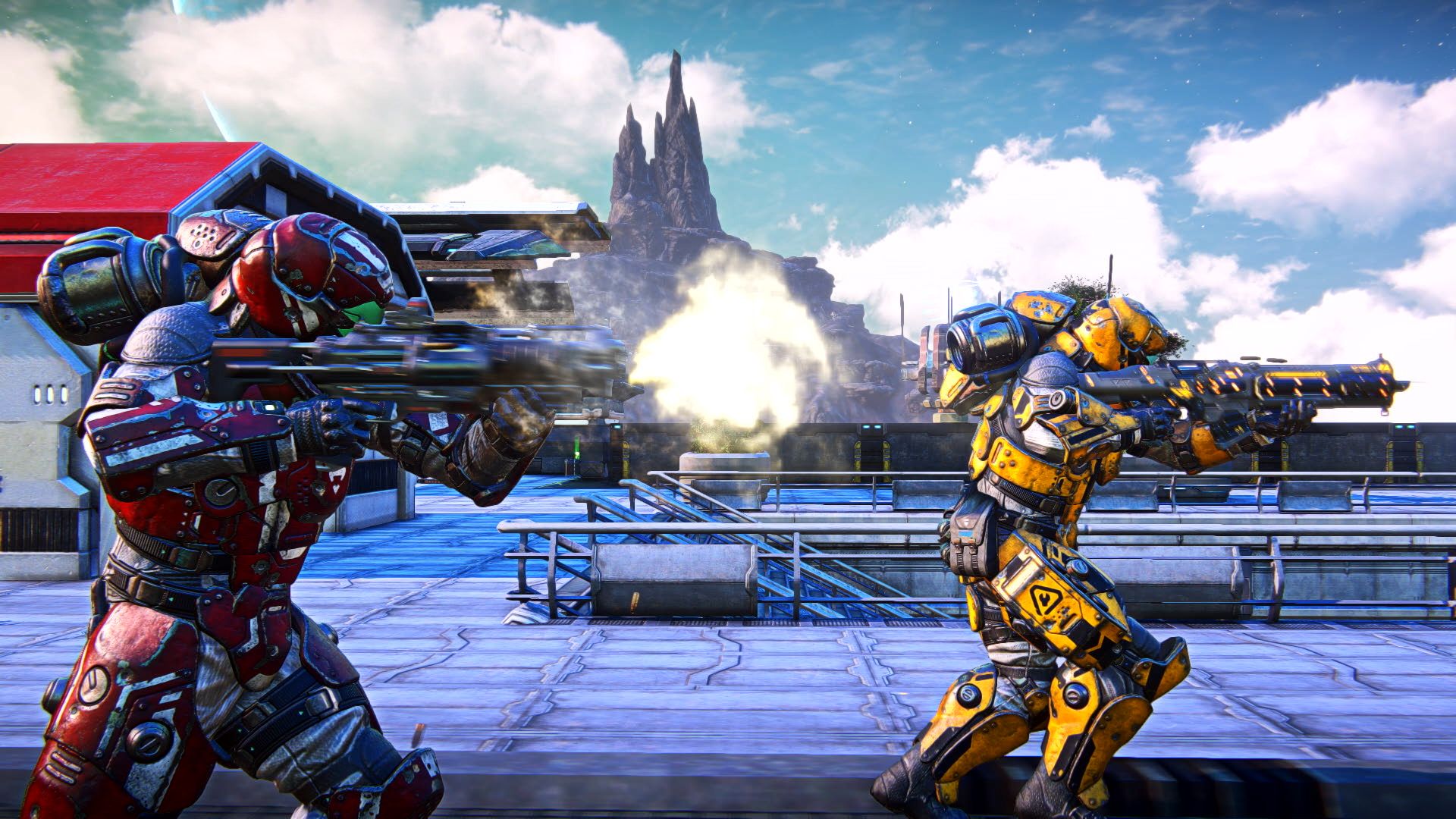 The vehicles likewise have been polished, he says. Although the soaring jets and aerial troop transports of the unending parent conflict won’t be there at launch. Only smaller land vehicles, with tanks appearing in the ‘massive clash’ group battles.

“We’re working on allowing the player to take to the skies, so to speak, but there are some things and work that has to be done to the aircraft system as well before I would be comfy getting that back in players hands.” 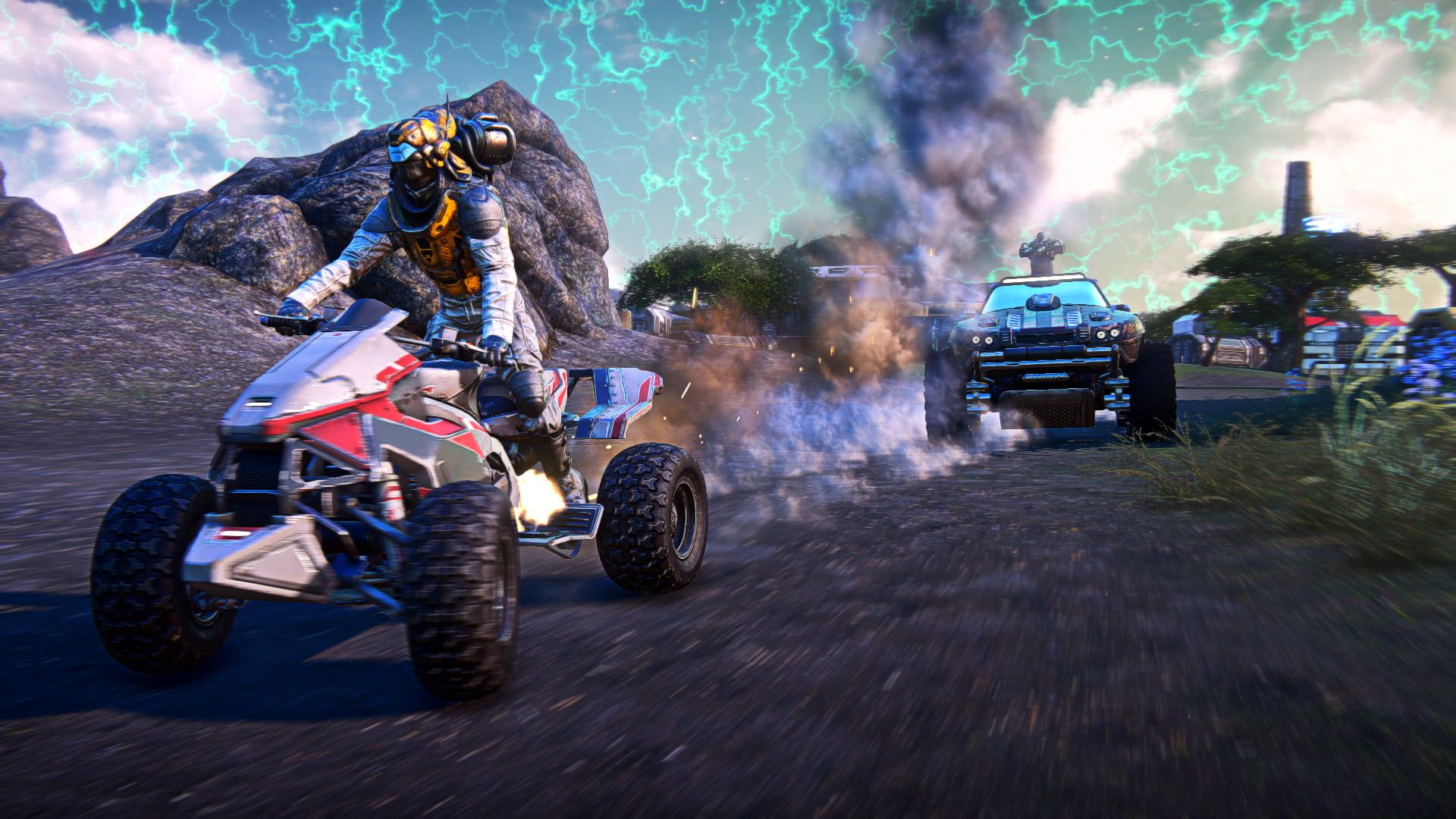 Without something as radical as a zappy spaceship, it’s hard to point to any massive distinction between this and the other free-for-alls following in Plunkbat’s muddy bootprints. It sounds like the battle royale you already know, and looks like a sci-fi shooter you already know too. Are PlanetSide’s colourful helmets and bright space rifles enough to impress folks who have already played plenty of these mega deathmatches?

“I think there’s a lot of different aspects of PSA that’ll help it along for sure,” says Morton. “One of the simple things is... typically in a battle royale all of the loot is always found on the ground. So I wanted to elevate that to more of an eyesight or eyeline [thing].” 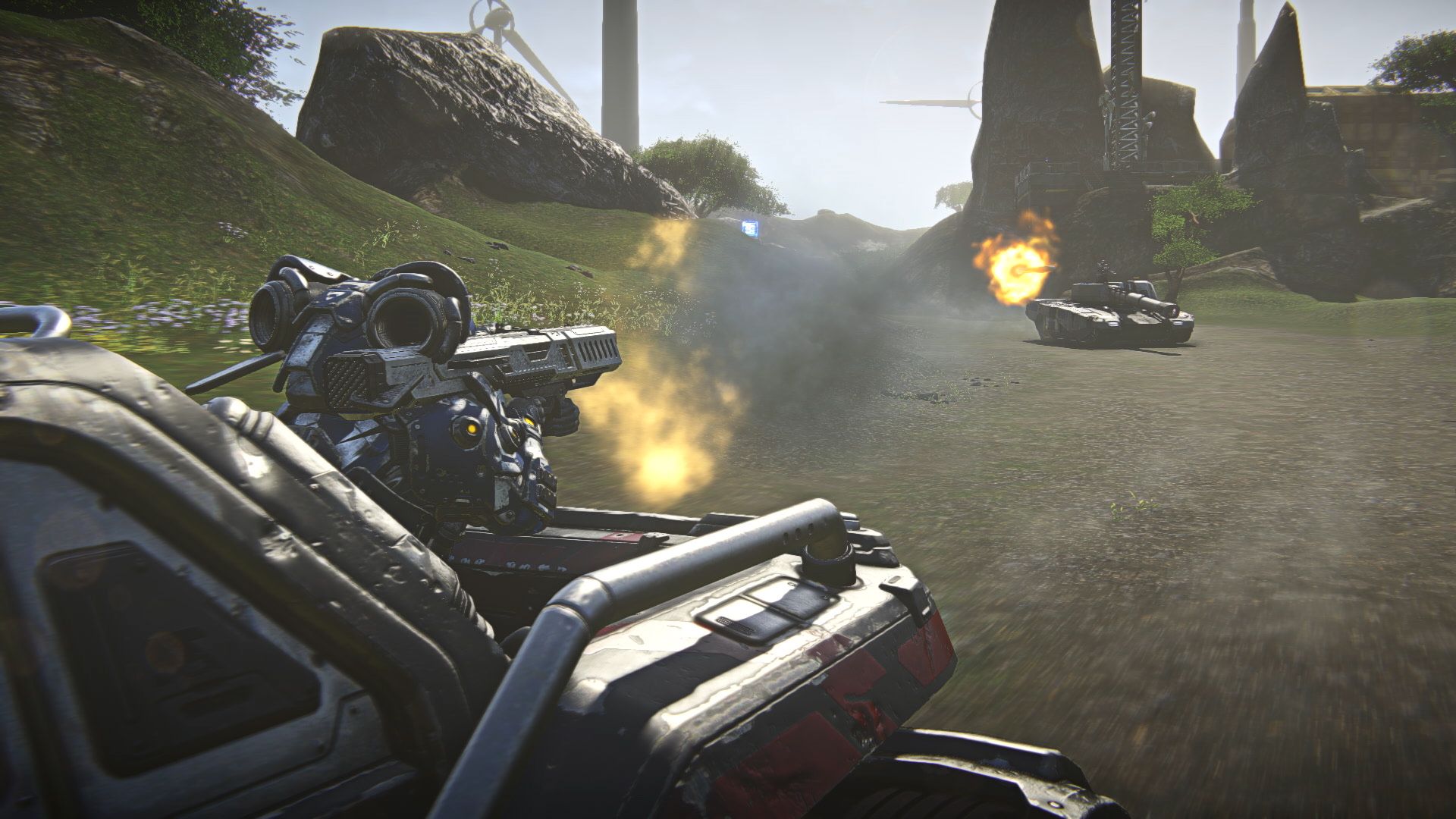 He cycles to a moment in the demo, where the player stands in front of an equipment dispenser, a waist-high cylinder that beams out the bright blue hologram of a jetpack upgrade (“more jetpack fuel for longer jumps” it reads). The suggestion is that this is much easier to see than a grubby AK-47 lying on the ground.

“So you can continually look at the horizon... you’re not always looking at the ground, you can keep an eye on your enemies and whatnot.

“The other side of it is the freedom of movement and the vehicles. It gives you a lot more freedom to kind of get around the map... The progression that we’re offering is another way for it to stand out.” 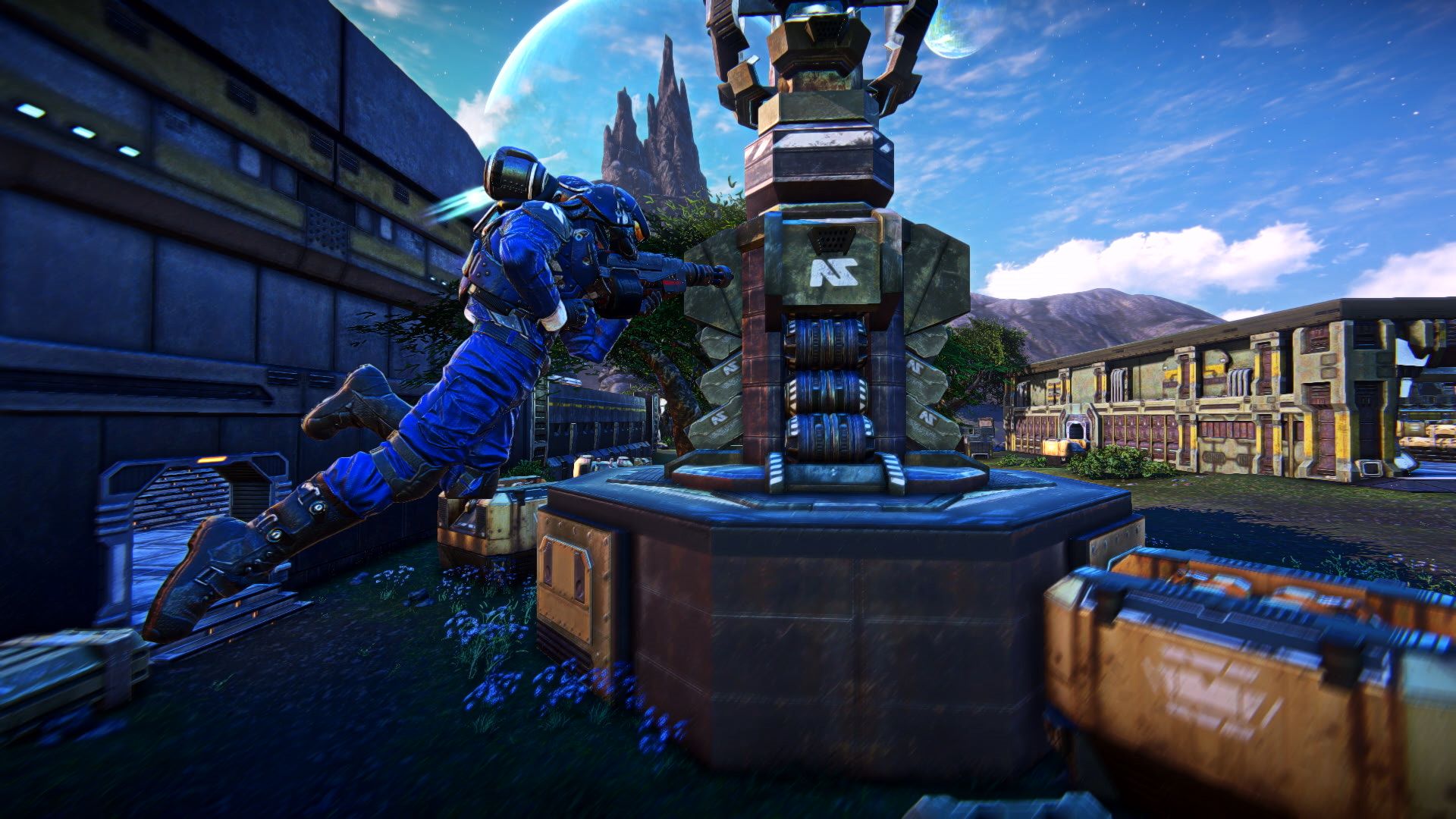 Let’s talk about that progression. A lot of these hunger games dump everyone into the wild with nothing. In one sense, PlanetSide Arena does this too. You always land with a knife, and no other weapon. You can find weapons and cash in the field (the placeholder name is “monies”, which I implore them to keep) and as you make your way through the outposts and swamps you can find computers that generate certain guns for cash.

But you also get experience points at the end of a match, and these can be spent outside of the bloodbath to unlock ‘blueprints’. A scarier sniper rifle, a shootier machine gun, a “restoration kit”. Whenever you’re next in the killing fields, you’ll once again land only with a knife, but this time if you find that big gun vending machine again, you’ll be able to buy the object for which you own the ‘blueprint’. That specific spacegun, that particular power-up. Basically, you can’t bring your shotgun with you, but you can seed it into the battlefield, like a shooty potato. 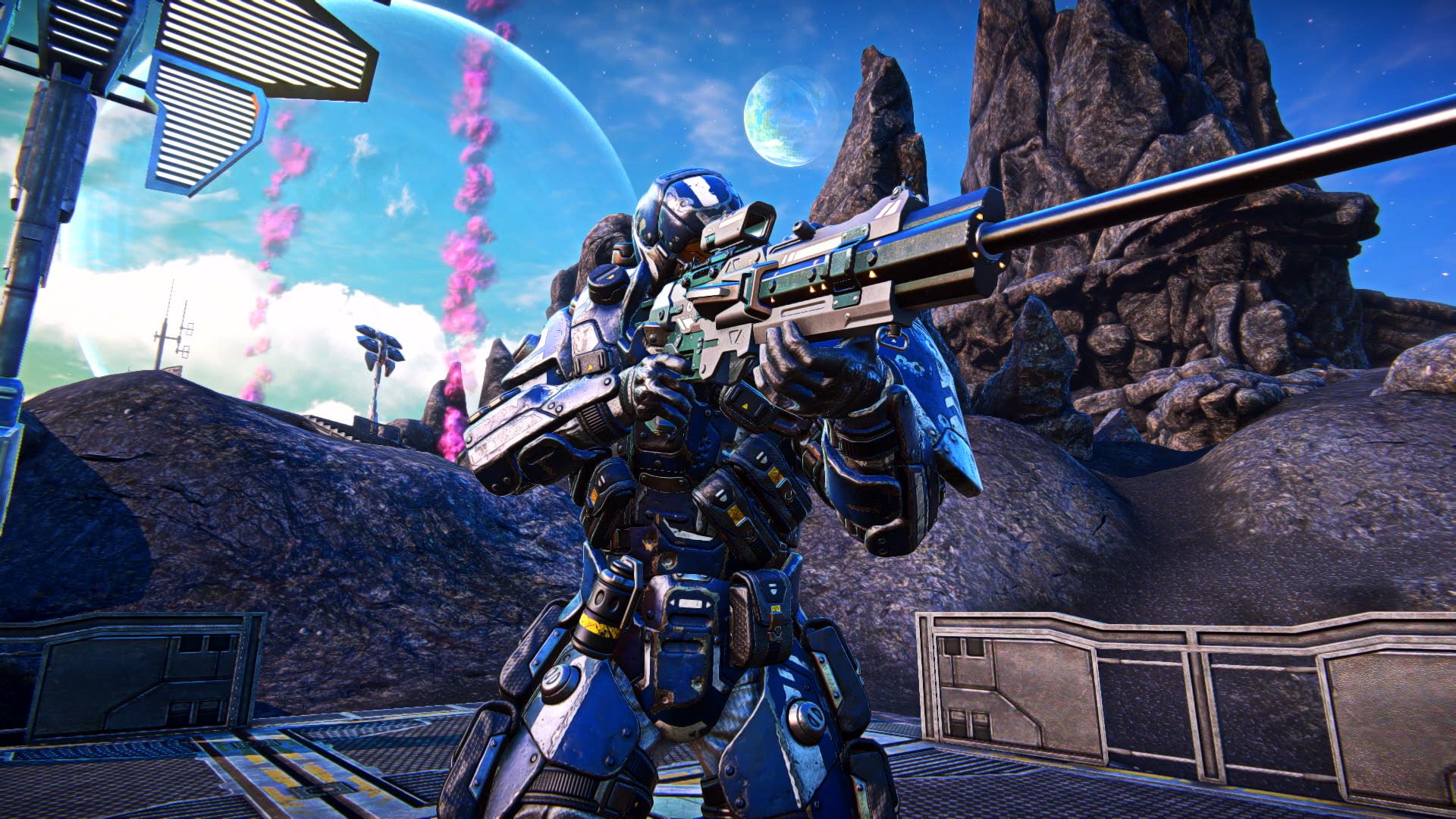 It’s not exactly what Radical Heights was doing (before that studio shut down) but it's close enough to use as an example. And it is at least a little different from the scramble for random guns in the likes of Playerunknown’s Battlegrounds. In some places then, Arena is giving players a ladder to climb. In others, it remains egalitarian. Everyone has their jetpack, everyone has their dagger. You get a quad! You get a quad! You get a quad! On top of that, there are going to “seasons” and at the end of a season, all those blueprints you’ve unlocked will be reset, bringing everyone back to zero. 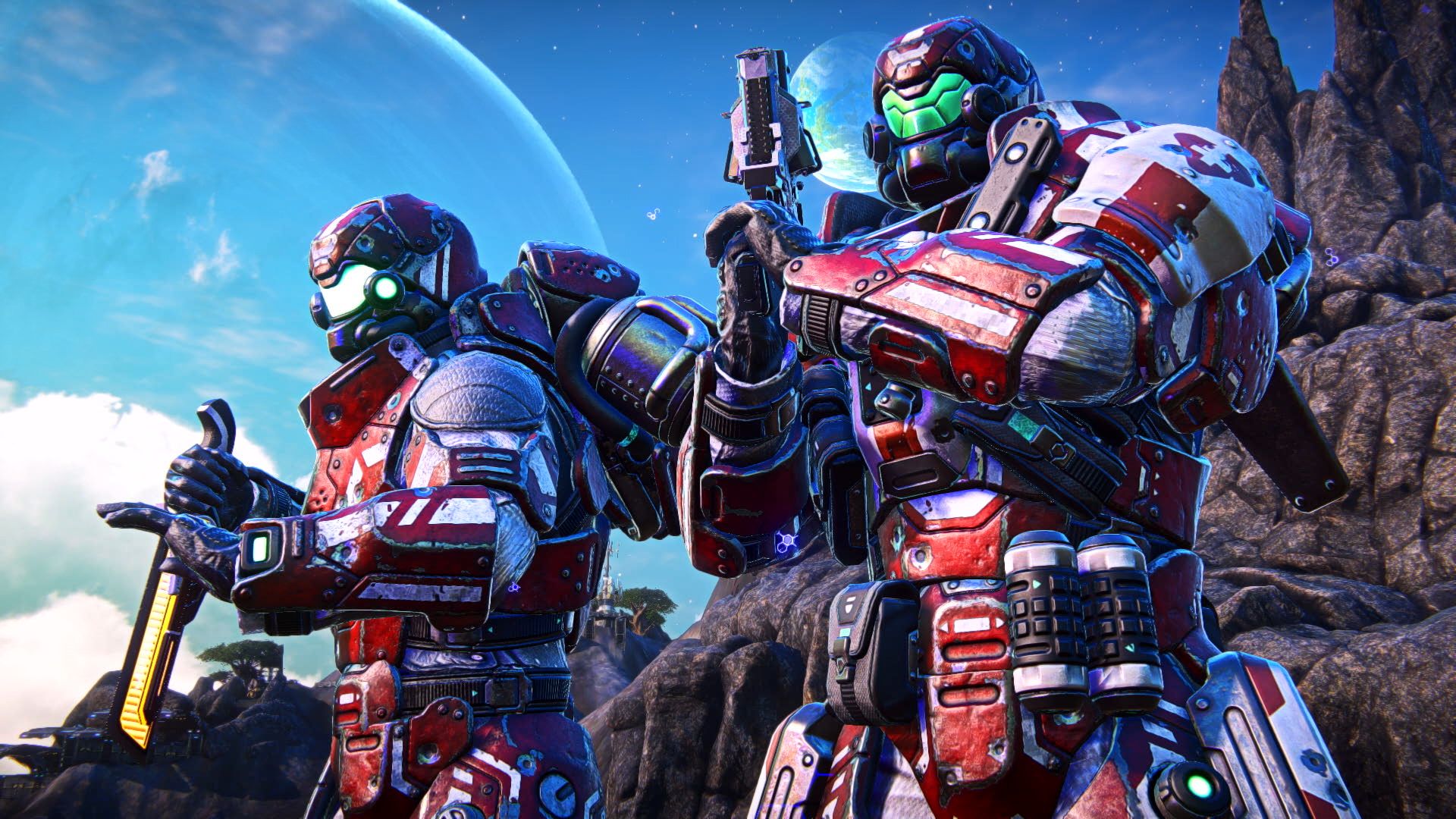 The battle royale mode is only “the very first step for us”, says Morton. They’re going to be adding more traditional game modes too, such as capture the flag and vanilla deathmatches. When I ask if they have any modes that will be slightly less recognisable to shootists, he says they’re still thinking about it.

“There’s a handful of things that I want us to try that I think we could only get away with in this universe, but nothing that I’m comfy with giving details [about] yet... but there’s definitely some ‘outside the box’ things that we want to attempt… There’s so much that we can do, I guess it would be naive to not expect something out of the box...” 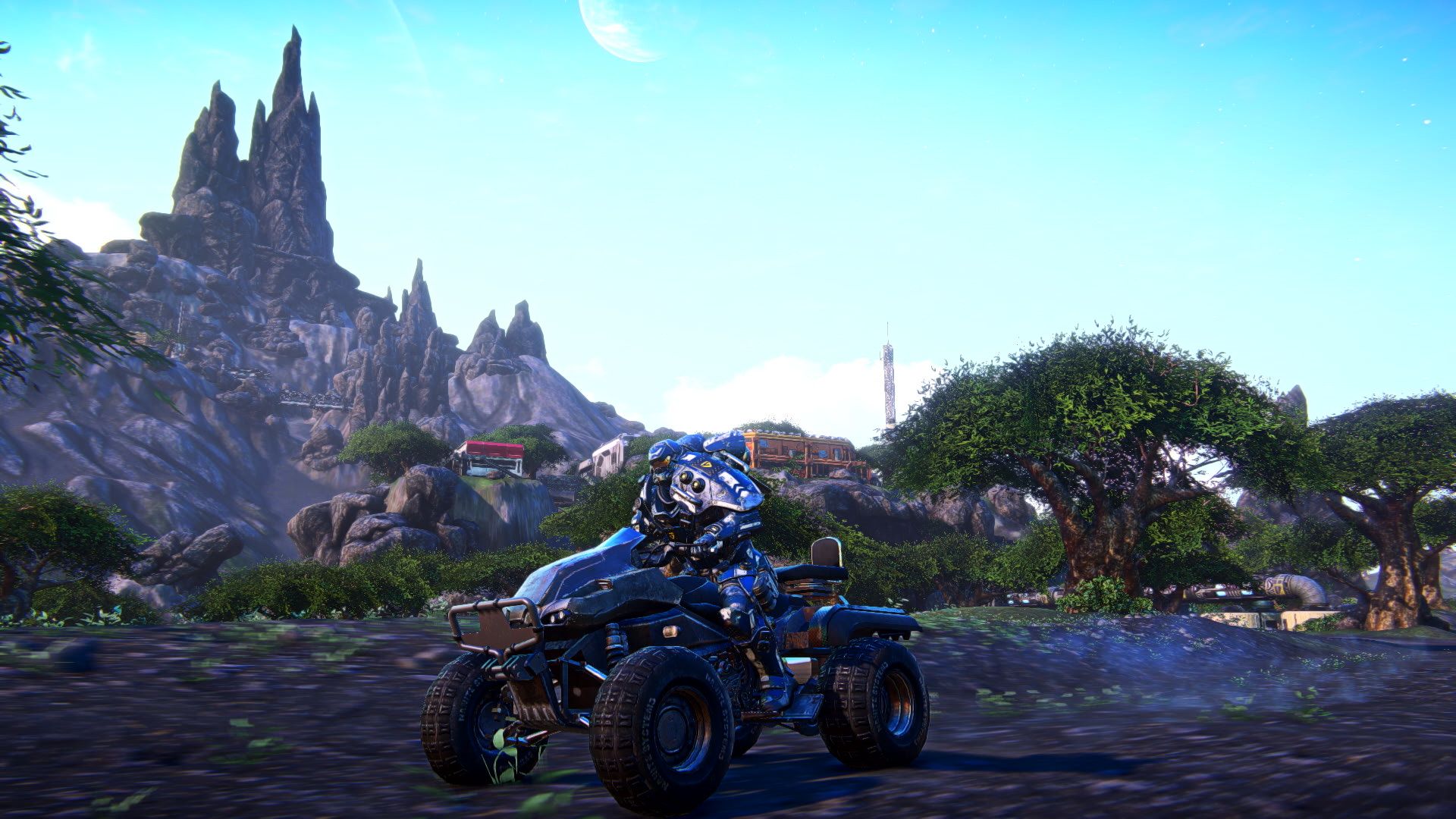 I ask because, in some ways, this feels like a backwards step for a series that made massive persistent warfare its defining feature. A battle royale is arguably both the most businesslike and least interesting direction PlanetSide could have gone. Fans can always simply keep playing PlanetSide 2, yes, but a new game that removes the giant eternowar which makes it distinct may simply end up feeling like another shooter. Will fans of the ceaseless warfare see any appeal in a battle royale?

“We’ve talked to a handful of hardcore PlanetSide 2 fans already,” says Morton. “The general feedback has been positive. While this is not an endless, persistent, massive-scale [thing] ... what they seemed to be really latching onto and what they’re really excited about is Daybreak investing back in the franchise again and looking to grow the franchise… They’re just excited to see more resources being put into the brand." 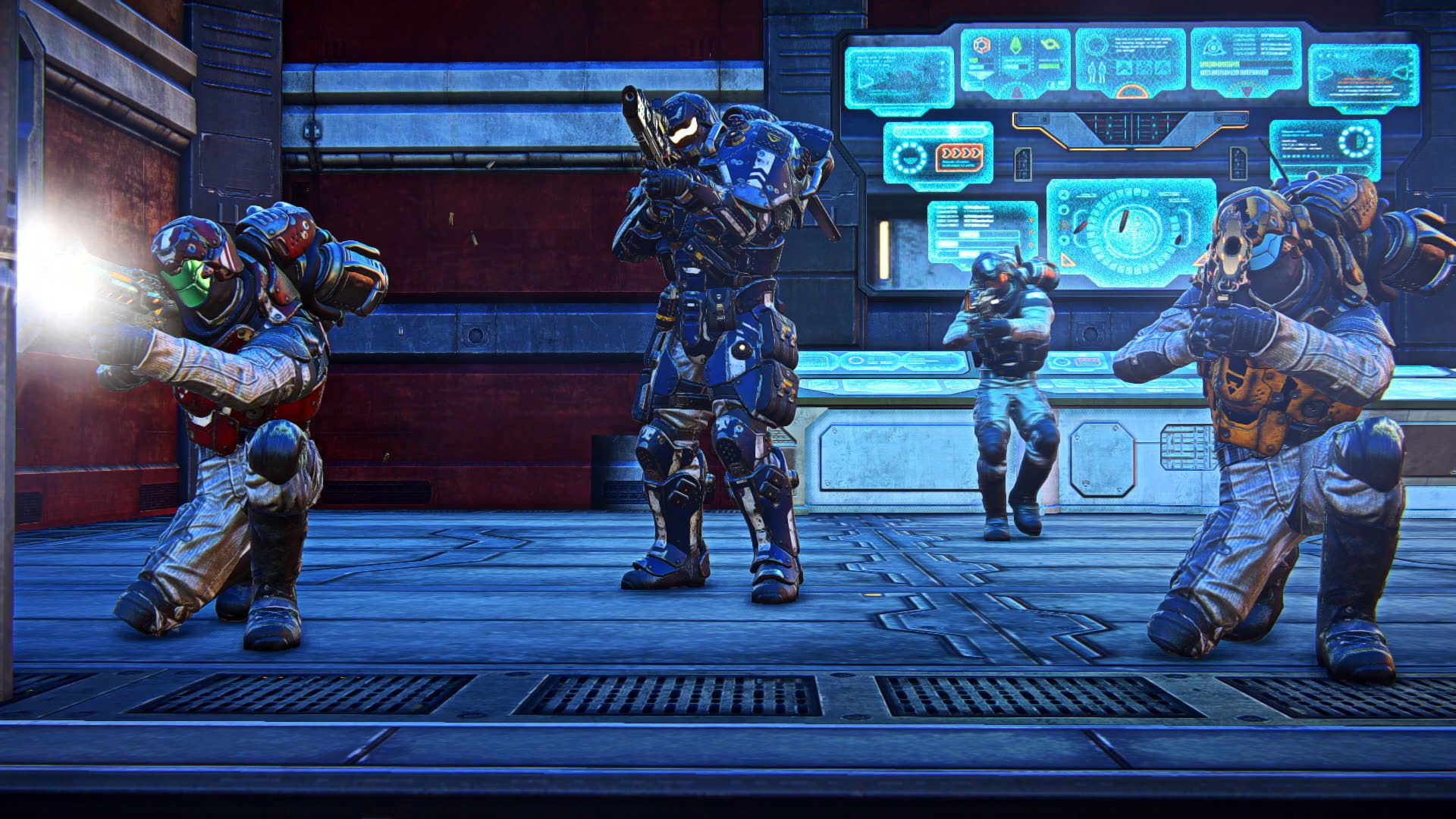 “I think they’ll find a lot of enjoyment in modes like ‘massive clash’ and it may be enough to have them stick around and try some of the other modes... PlanetSide fans in general should just be super excited as Daybreak is investing in the franchise and looking to grow it beyond what it currently is today.”

Four days after our interview, however, Daybreak would lay off workers across their company (former Daybreak president John Smedley tweeted that as many as 70 people were laid off, but later deleted the tweet). When I got back in touch with the studio to ask if any of the PlanetSide Arena team had been a part of these layoffs, they wouldn’t give me specifics I could use. It’s not clear if Morton knew about the impending layoffs when he spoke to me, but considering last week’s events, any claims about investment in the series should be treated with healthy skepticism, even if the game’s production and release have not been halted. The spacewar will go on. 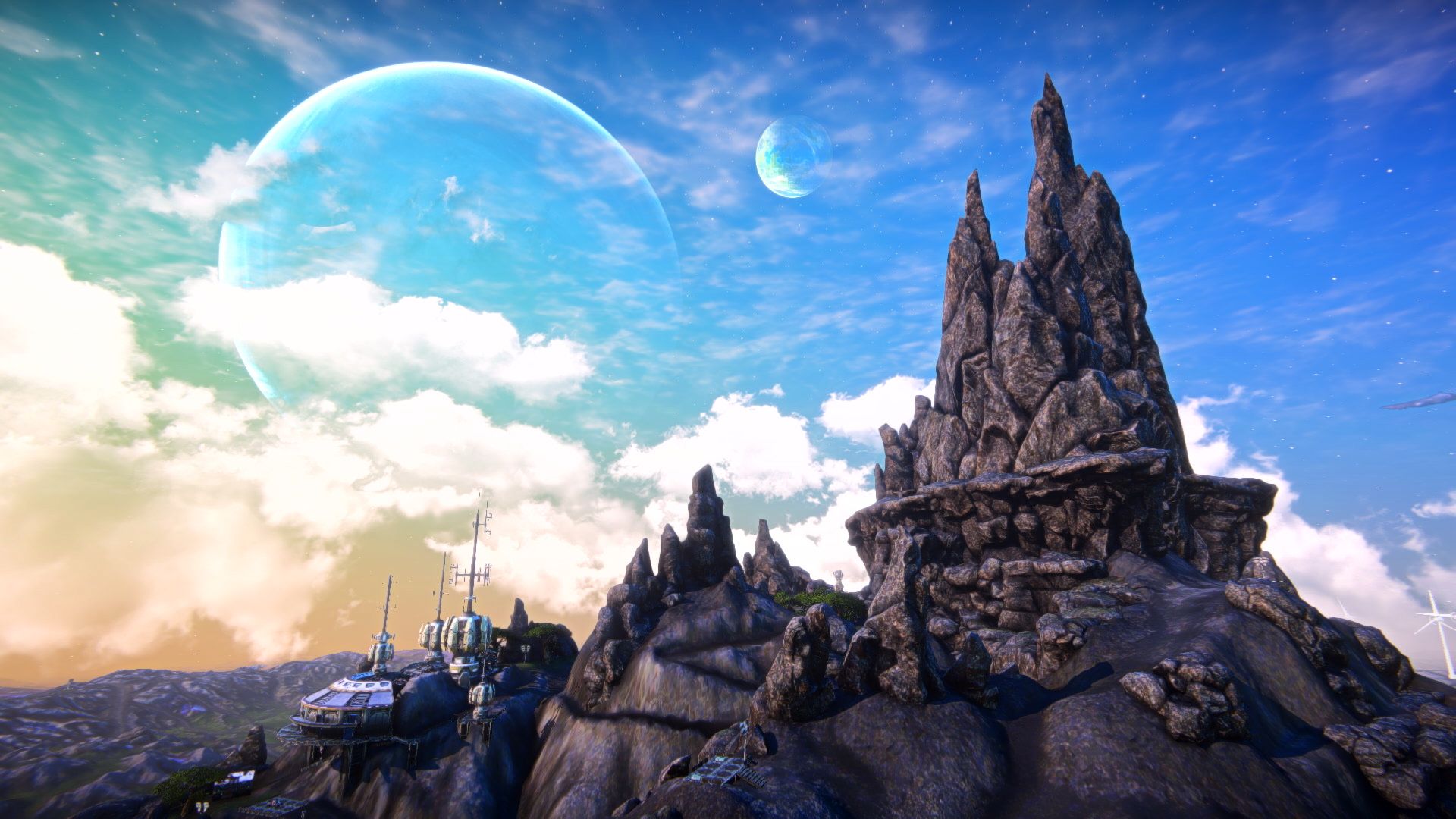 Whatever the case, I only got to see a video of the shooter in action. Like any gun-filled 500-player scrimmage, Arena will have to be judged on the handling of its guns and battlebuses, on the feeling of its futurewar, not the appearance. One of my lasting memories of PlanetSide 2 was landing at home base and seeing two infantrymen racing each other around the base on their four-wheeled motors. Perhaps for them the pocket quad will be enough.

Correction: This article originally said PlanetSide Arena would release as an early access game. But it's really coming out as a full game on Steam on January 29 for £20.