After a slapstick competitive debut with 2017's PUBG Invitational, where some matches stalled with players hiding in the sea or the 'dangerous' blue zone, Playerunknown's Battlegrounds today starts its first "major" official tournament. The PUBG Global Invitational [pubwha? -bants ed.] will bring five days of competition from twenty teams, all scrapping to be the last lads standing and claim their share of a $2 million prize pool. We've sent cub reporter Matt to Berlin but, for now, here's word that it has kicked off and a heads-up that you can get an in-game PGI outfit for free right now.

The PGI 2018 runs from today, July 25th, through to Sunday the 29th. Being in Berlin, matches are mostly held in the afternoon and early evening for us Europeans. See the schedule for more details and your local times.

The tournament is actually split in two, with one strand focused on the third-person perspective mode and the other locked to first-person. The two modes do play quite different because the third-person camera allows all sorts of trickery peeking around corners and over walls - peeks that might get your face shot clean off in FPP mode. FPP is seen as the purer form of Plunking, and FPP matches are getting the main event days of Saturday and Sunday.

The two strands are separated by the Charity Showdown on Thursday. Professional players will pair with professional streamers including "Shroud", "Ninja", and "DrDisRespect" to fight to get a share of the $1 million prize pool to a charity of their choice.

To watch all this, go to the tourney's spectator site. Commentary comes in a variety of languages, and the site also offers ways to exclusively watch a particular team. They've put a lot more work into the technical side of spectating, at least.

I'm still not convinced this game is that much fun to watch. As much as I like the game, my main interesting in watching it is seeing what happens to the devils who killed me. And what's even the point if no one's chanting "Lads lads lads!", bashing out Tequila on their car's horn, pranking each other with silenced weapons, and undertaking guerrilla missions to shoot out another squad's tyres then scarper?

This being a sporting event, hoo yes there is merchandise. In-game hoodies for the 20 teams, with their logos and colours, are now sold for $10 each. Yup. Money will go to the teams, at least, if you want to feel good about being a right Stanley.

Free clobber is here too. Load up the game by July 30th and you'll receive the three-piece PGI Sporty Set for free. That's a top, leggings, and cap. 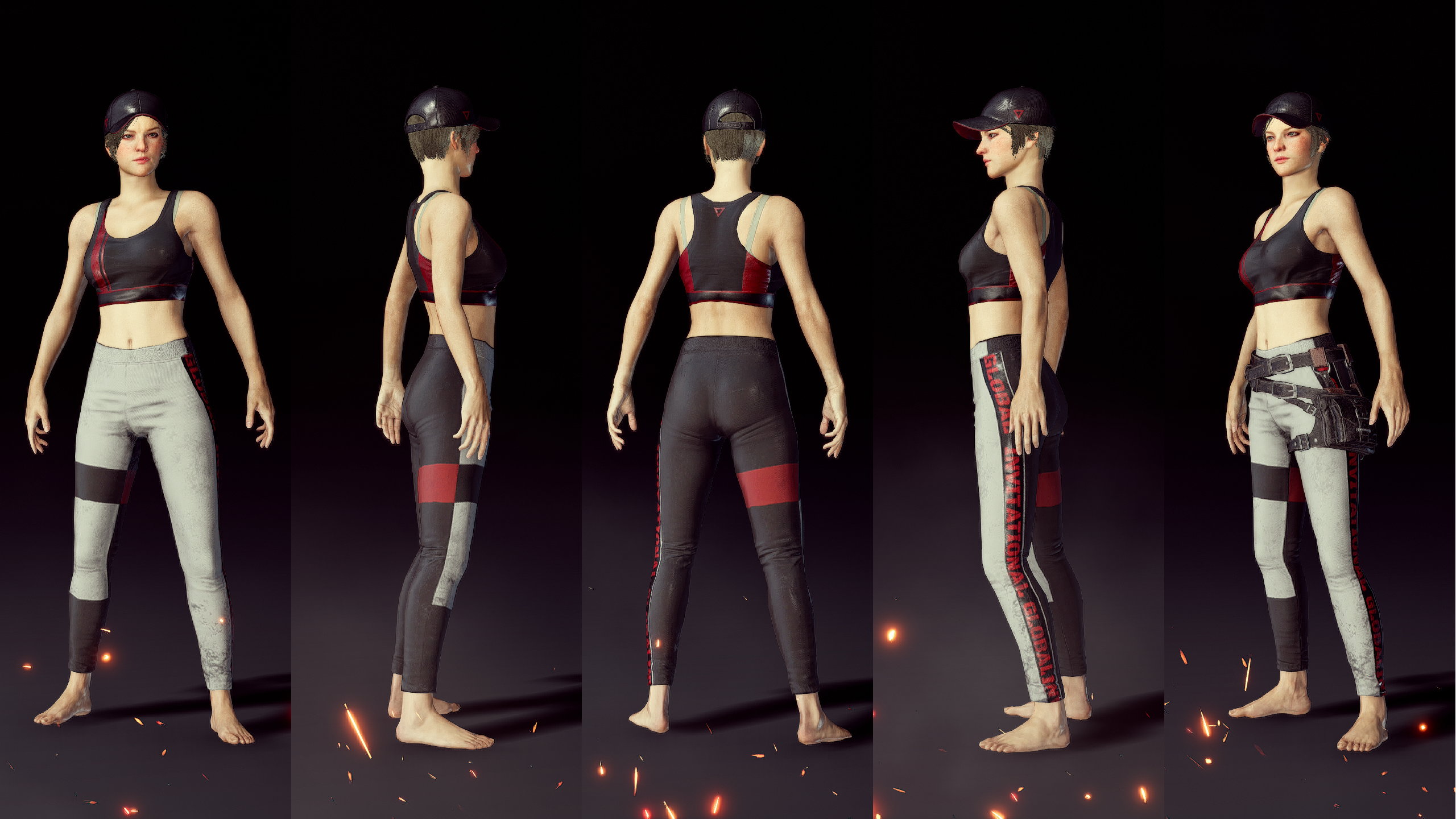 It's quite fancy, as Plunkgarb goes, the sort of outfit you could wear to a video games tournament on a scorching summer day then afterwards take clubbing on Warschauer Straße. The bumbag's certainly handy for holding your purse and chapstick. Other PGI sets are available in other ways but most sound tedious and unlikely.

I've not seen any of the qualifiers and the one young man I would ask is in chuffing Berlin right now so, er, is the competition looking promising, gang? How are they faring with solving the problems of 80 players on 20 teams?