Update: Vikendi is now live on the test servers and HAS A DINO PARK?

The fourth map of Playerunknown's Battlegrounds will be a snowy affair named Vikendi, developers PUBG Corp announced tonight. It's a mid-sized map, bigger than Sanhok but smaller than Erangel and Miramar, and brings new tricks including footprints you can follow. Vikendi is due to hit the Plunkbat test servers later today (today being Friday? I think? I don't even know anymore it's 5am please help) then launch in full on December 19th.

"It's our first 6x6 [kilometre] map, which is the sweet spot between the chaos of Sanhok and the tactics of Erangel," world art director Dave Curd explained. "It's also a snow map, which means you leave footprints. Players can track you, you can track them, hunter becomes the hunted."

It'll also feature a new G-36C assault rifle and a snowmobile. It is my solemn vow to you that I will find a snowmobile and die in a terrible failed stunt as soon as possible. Footprints should also prove handy to help the lads retrace our steps and remember where the hell we went last night.

Vikendi should be on the test servers tonight. For now, enjoy this festive scene:

While that trailer is obviously not game footage, Brendan "Plunk" Greene did share four screenshots on Twitter. 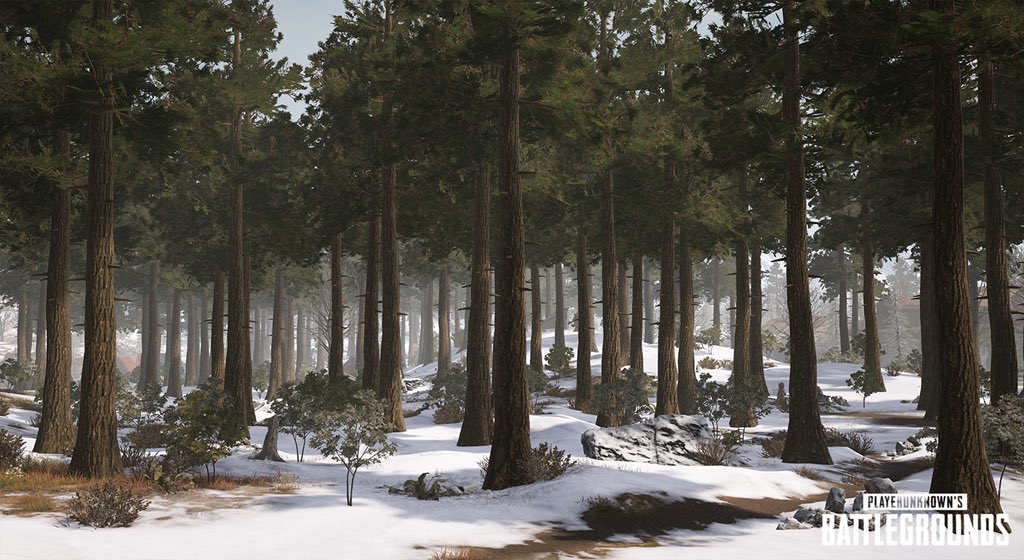 Tonight's announcement came at The Game Awards, the 'Oscars but video games' marketing-o-rama which devoted so much time to trailers that I saw the same one twice.