Founded just over a year ago, POC in Play is an independent organisation that aims to increase the visibility and representation of people of colour working in the video game industry. For the first anniversary, POC in Play held a showcase in London, replete with cute custom cupcakes and, of course, a few games.

Only recently the UK trade body Ukie published a census highlighting the lack of diversity in the industry, in particular showing that just 10% of the workforce are people from BAME (Black and Minority Ethnic) backgrounds, and only 2% from a black background.

These figures show how important organisations like POC in Play are to redressing the balance. Their monthly meet-ups are a safe space for people of colour to get together to share concerns and experiences. But the group is also about more than just talking about diversity. For example, it’s currently working on a stock photo project so that press and PR can pick from plenty of images of people of colour playing games or working in game development - a way to normalise the fact that people of colour are part of the industry.

The other important thing, of course, is to highlight that people of colour make games too, which was fittingly the focus of the anniversary event, which took place place at The Tentacle Zone in Farringdon. Many of the founders are themselves game developers, such as Moo Yu, co-developer of Knights And Bikes, and Sitara Shefta, head of Human Fall Flat studio No Brakes Games. Meanwhile co-founder Jodie Azhar has since started her own studio, Teazelcat Studios, after a stint as Technical Art Director at Creative Assembly. Teazelcat's aim is to create inclusive, story-driven games. It’s still too early to reveal anything specific, but expect something a bit different to Total War.

Co-founder Chella Ramanan, who recently joined Ubisoft Massive as a narrative designer, has two of her own projects on the horizon. The first is Before I Forget, which puts players in the shoes of a South Asian woman experiencing early-onset dementia. Compared to other games that have tackled sensory impairment or mental health (such as Perception or Hellblade), this is notably a more grounded affair that doesn’t lean into obvious horror territory, even if finding yourself lost in your own house can be a frightening experience.

“One of our aims from the outset was to not represent this mental deterioration as horror,” Ramanan explains. “Before I Forget is trying to be more naturalistic in some ways, the palette is deliberately light and airy. We're trying to depict the anxiety, the frustration and the happy moments with equal weight. It's a snippet of a life that's more than just dementia.”

Ramanan is also collaborating with Corey Brotherson on narrative text adventure Windrush Tales. Set in 1950s Britain, and following one of two newly arrived Caribbean immigrants, it aims to capture a slice of British history we rarely get to see. Research included the experiences of Brotherson’s own grandfather’s. 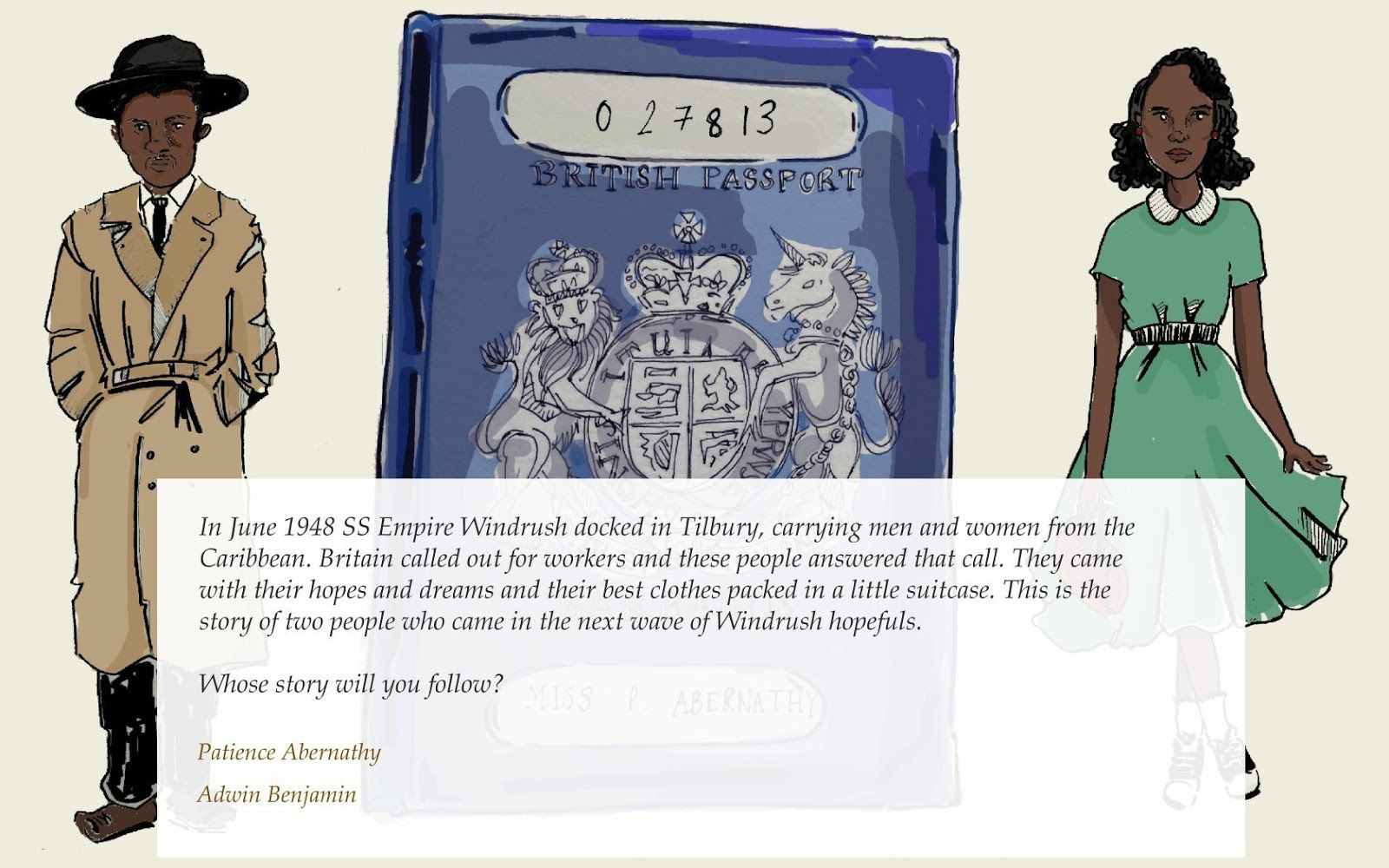 “We don't learn about colonialism in school and people clearly don't appreciate why we have the thriving Caribbean community across the UK that we have,” says Ramanan. Indeed, she mentions that most people she spoke to weren’t even aware of Windrush - at least not until the political scandal caused by the UK’s hostile environment policy that saw more than 80 people wrongfully deported, and many more losing their rights to work and other benefits.

Unsurprisingly, the scandal also had an impact on development. “I wanted to celebrate the 70th anniversary but then the scandal happened and we had to slightly shift the mood of the piece,” she says. “It started out as a celebration of multicultural Britain, but that seems to be a lie we told ourselves now.”

Here’s a round-up of the other games from the showcase that you should be looking out for, coming to PC soon. 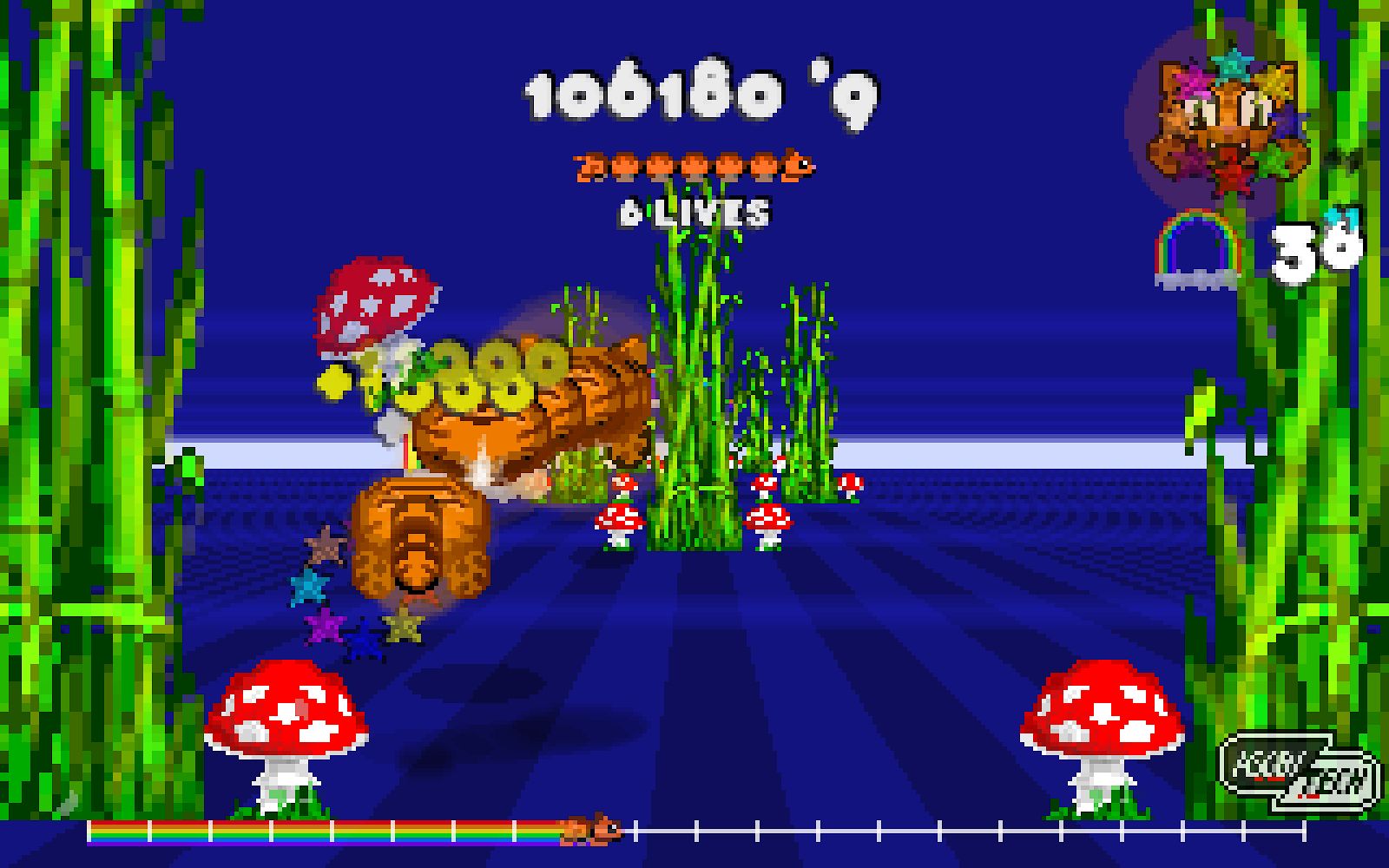 If you’ve been to a game bar event or game convention in the recent past, there’s a good chance you've come across MaoMao Castle. In the three and a half years its creator Quang has spent developing it in his spare time, he’s shown it at 66 events around the world. It’s very much a love letter to Space Harrier, right down to the batshit-trippy visuals, as you control a magical cat-dragon hurtling forward through rainbows and avoiding obstacles. But MaoMoa Castle uses the Leap Motion controller, so waving your hand in the air to guide your flying feline feels pretty original.

Sure, it’s mostly a gimmick (and, tellingly, it’s recently been released in early access on Itch.io that lets you just play it with a mouse), but it's a crowd-pleasing gem that suits an arcade setting. It makes sense, then, that Quang is also in talks to have an arcade version made. Definitely one to play with one hand while holding a pint with the other. 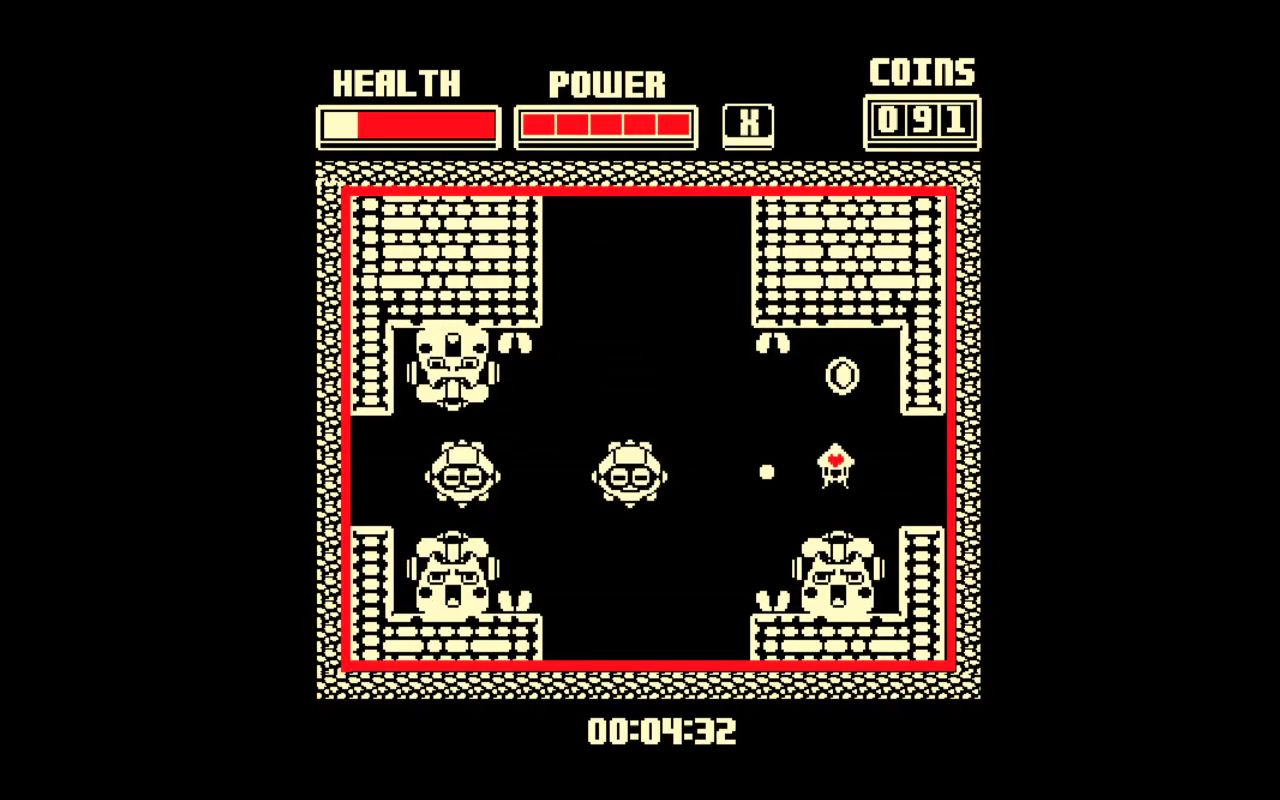 Full-time solo dev PixelTeriyaki grew up obsessed with Bubble Bobble, so making "cute and crunchy" arcade games has become pretty much his raison d’être. His latest project, Radio Squid, could perhaps best be described as a twin-stick shooter that channels Rez. Basically, you’re a squid who’s been cursed by a music box, and now shoot bullets in time with the beats that start playing. As these bullets bounce off walls, they can ricochet back and hurt you - but you can of course also aim them to take out enemies, and collect some loot for your trouble

Naturally, these nautical yet spacey lo-fi beats are a real highlight of Radio Squid, even if you’re more realistically navigating a bullet hell to the soundtrack rather than relaxing to it. While the demo I tried was relatively straightforward, in the full game you can expect BPM changes that change your squid’s rate of fire, which should make for some interesting boss fights. 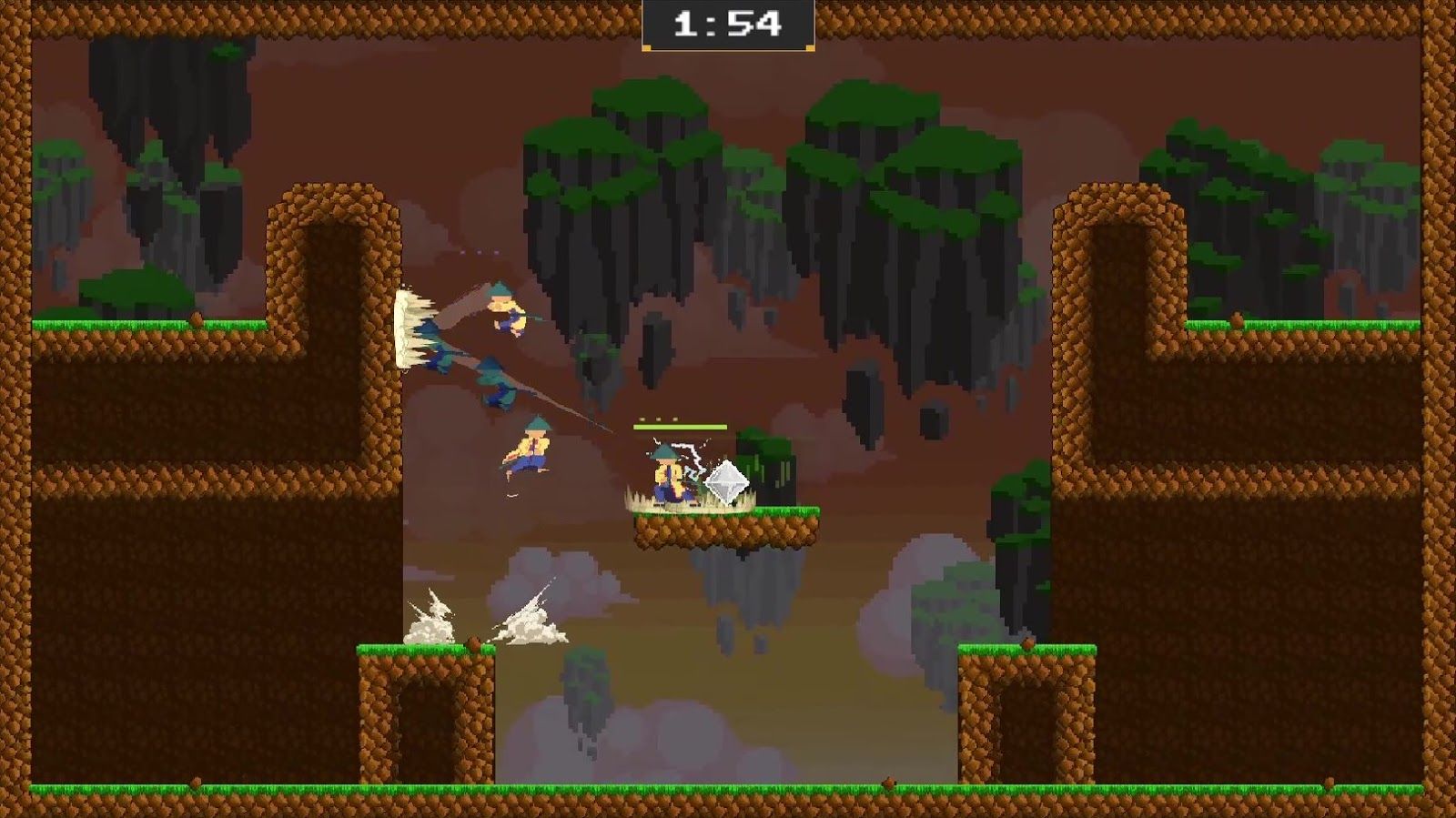 OverGem is a competitive PvP platformer in the style of Super Smash Bros or Towerfall, but with a focus on king-of-the-hill instead of elimination. Players compete to take control of a gem in the middle of the level, and need to stand in its vicinity for a set period of time before they can take ownership of it, so if you're playing you'll need to both dodge your rivals and knock them back with dash attacks. And when you knock them back, you really knock them back, sending them ricocheting all over the map at the same velocity as a Smash player when they've got 300% damage. It’s not too hard to hold your ground when playing 1v1, but it’s pure chaos with four players on screen.

While developer Hung Hoang’s day job is a software engineer programmer for a financial company, he previously worked in mobile game development back in Vietnam. OverGem is essentially a way to scratch his gamedev itch in the meantime, which he hopes to release in some form in the future. That said, given it is a solo project, its current build is on the notably simple side, with just one stage and no other rulesets or items. But hey, if you're hankering for a Smashlike on PC, OverGem sounds like something for the Smash pros who play with items off and final destination only. Watch this space. 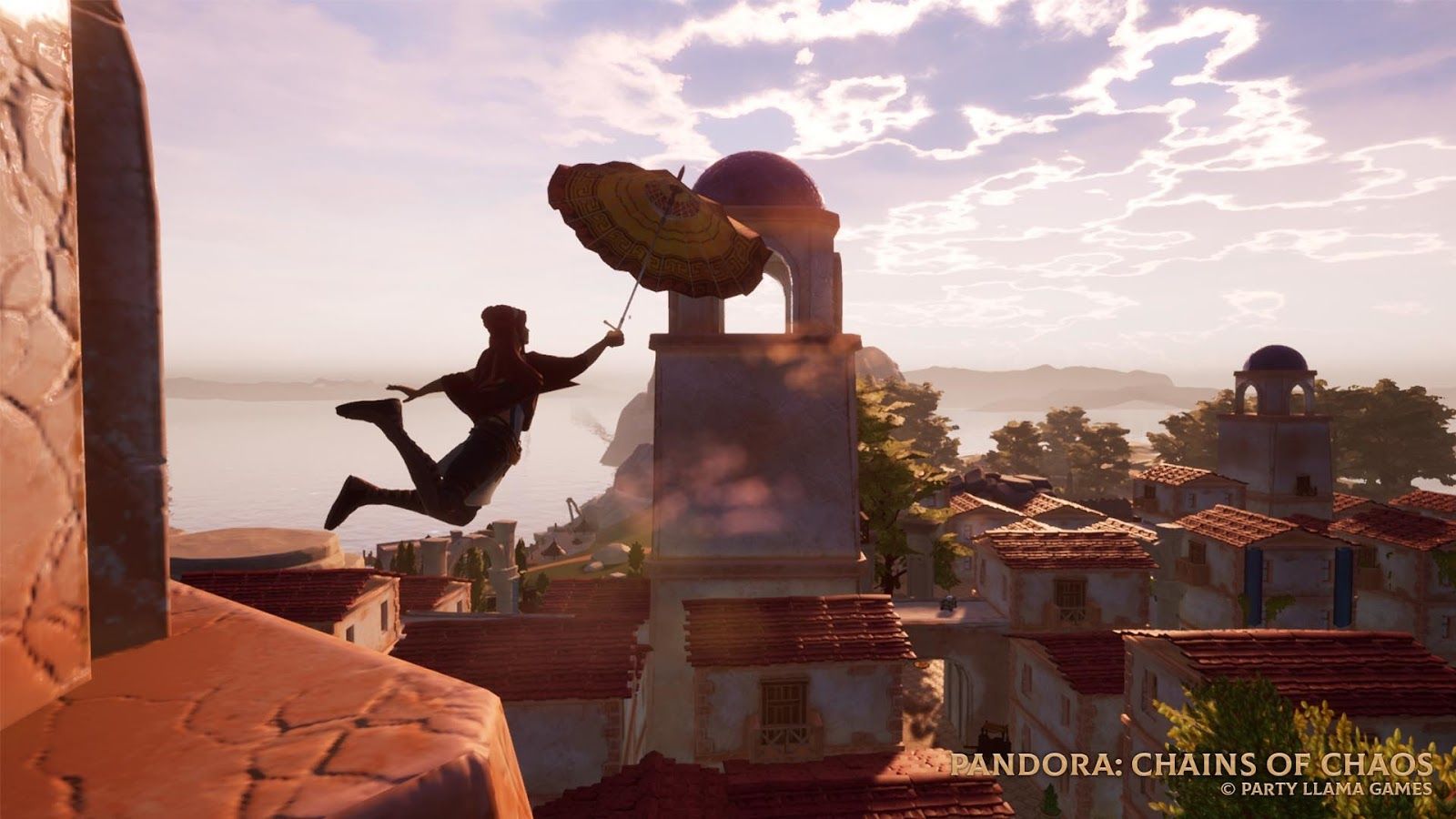 Compared to the other smaller games at the showcase, Pandora: Chains of Chaos is a rather ambitious, 3D open-worldy affair. Party Llama Games’ Naerice Jade Wint feels most inspired by the action-adventure RPGs she grew up with, like Fable and Kingdom Hearts.

“So rather than making something small, why not do something that I really enjoy?” she says. “When I come home at night time, I want to know that I can continue working on something like this.”

Maybe don’t expect a 100-hour Ubisoft game, but Pandora does take a novel spin on Greek mythology, bestowing its titular heroine with an upgradable umbrella that works as a weapon, a shield, or can even make you feel like Mary Poppins, gliding serenely around the world. If that wasn’t enough for traversal, Pandora even has a trusty steed in a cute pink pig.

It’s definitely got charm, then, not to mention it helped Wint land her current job as an associate producer at Lucid Games. But more than just a calling card that then falls by the wayside, she and her team are continuing development, with an early access release planned for this summer. A demo is also available to download now from Steam.