This week sees the triumphant return of Nate - or should I say The Electricity Cop, as this episode of the Electronic Wireless Show podcast goes down to Cyberpunk 2077 town. Matthew has played 70 hours of that game that everyone is talking about, so we ask him 20 questions about it (or, well, like, ten-ish, probably). These range from "what games is it most comparable to?" to "what about the performance issues?" and also "have you been watching The Mandalorian?"

Plus, we get the thrilling conclusion to Matthew's ConeGate aka Game Of Cones aka the Conetto Trilogy, and a Cavern Of Lies that has to be heard to be believed. 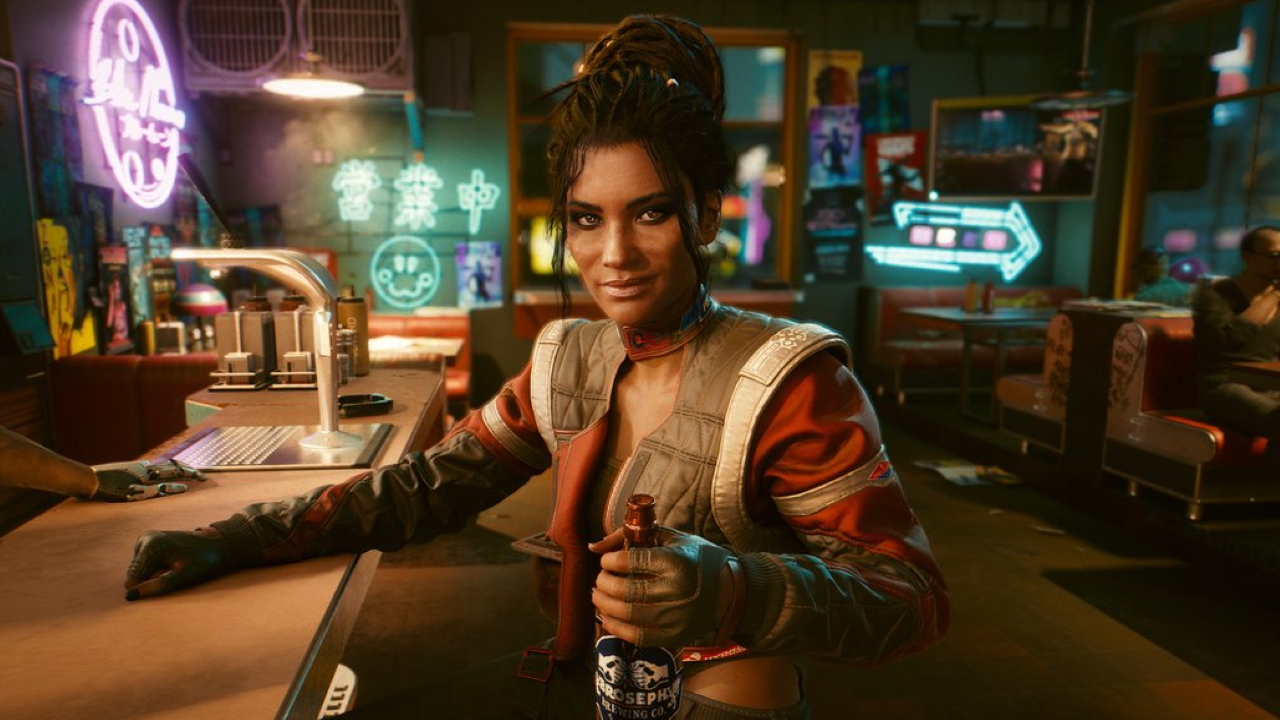 Music is by Jack De Quidt, who would probably genuinely have very interesting thoughts about cyberpunk as a theme.

Buying merch is a very cyberpunk thing to do.

Don't forget to check out our sister pod, The PC Gaming Weekspot.

Cyberpunk 2077 is out now and breaking Steam records, though the launch is not without problems. It's still pretty-to-very buggy and crashing a bunch, depending on your platform and specs.

Keep in mind that if you're epileptic you will need to proceed with a lot of caution for the time being, since there are several unavoidable points that will likely trigger a seizure. CDPR say they're working on a solution.

Trusted Reviews' Cyberpunk 2077 review by Jade King discusses some of the issues relating to trans representation and transphobia far more intelligently than I ever could.

Don't forget that developers CDPR have also been under fire for their attitude towards crunch, which was underscored in what was in my opinion an extremely awkward and embarrassing investor call.

(We are working on our own review, btw.)

Recommendations this week are for the TV show Deadwood from Nate, the YouTube channel AntsCanada from Alice Bee, and The Three-Body Problem by Liu Cixin from Matthew.