Hey Priceless Pals: welcome back to this corner's celebration of all things spooky, scary, and Halloween. Last week was a kind introduction to the reason for the season: spooky stories to play in the dark. Well, we're still riding that spooky rather than scary vein, but I've got to say: these games are scarier than last week's.

I am a fan of the creeping, gnawing sort of scary that never really gives you the relief of a big scare. Jump scares are fun and all, but it's the anticipatory rush that gives it the edge in the first place. I find that horror is much more satisfying when it forces me to sit with something uncomfortable in anticipation of something bearable. Bring on that almost-endless, awkward, off-putting, unresolved tension baby!

So, that being said, here are some games that won't scare the pants off of you, but they sure might unsettle you. 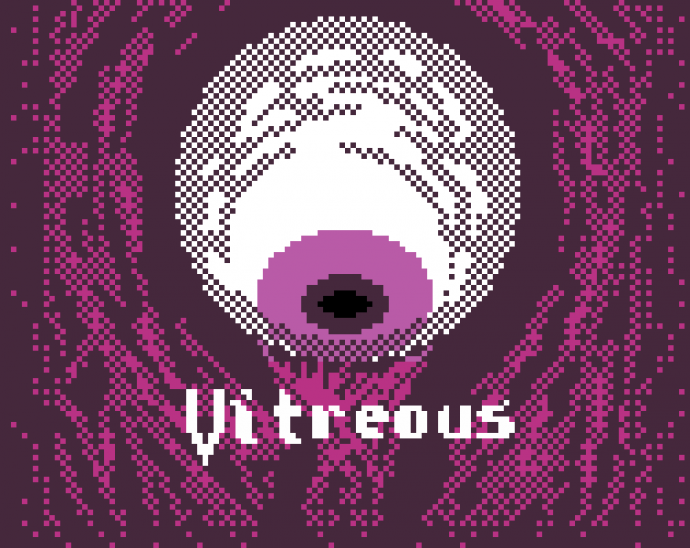 The vitreous is a part of the eyeball. When I was in high school, the other students in my anatomy class would make up some pretty off-putting stories about what the kids across the hall were dissecting for class. I'll leave the extent of the rumour mill to your imagination, but eyeballs were definitely on the list. Breogan Hackett's Vitreous would have just been fuel to the flame.

The game begins innocently enough: After falling off your boat (the S.S. Sleepwell), you begin to sink lower and deeper into the sea. You wonder, 'What lies beneath the kelp?' and carry on. Made with a stunning series of Bitsy tools (Borksy, Image to Bitsy, and Bitsymuse), Vitreous manages to be one of the most visually compelling Bitsy games I've ever seen and is an exquisite play.

In The Pines from Laura Hunt and Thomas Möhring 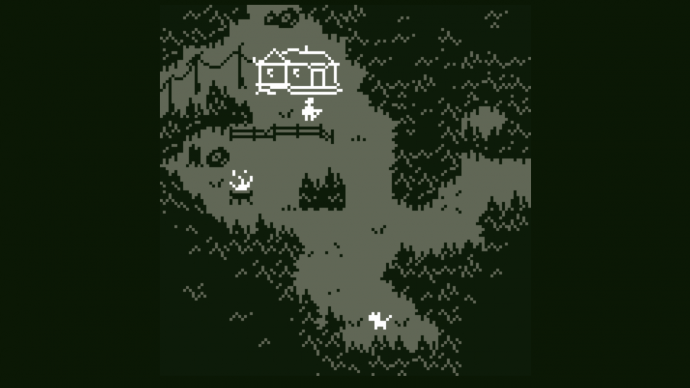 There's something about the particular breed of the American folktale which tops the unsettling charts. Maybe I'm particularly affected (being American and all) but the howling wind, banjo strings, empty cornfields, and the legacy of Puritan fashion simply lands differently for me than a lot of other source material. Growing up in Appalachia sure didn't help, either: I think every cursed banjo ever seen was forged somewhere around the Blue Ridge Mountains.

In The Pines is an absolute marvel of an American folktale told via the medium of Bitsy (I've said it before and I'll say it again: Thank goodness for Bitsy). Told almost entirely in eerie rhyme and set against a monochrome pixel art backdrop straight from 2015's The Witch, The Pines is a perfect way to get in the Halloween spirit. It takes only 3-5 minutes to play, and packs a pretty serious punch. 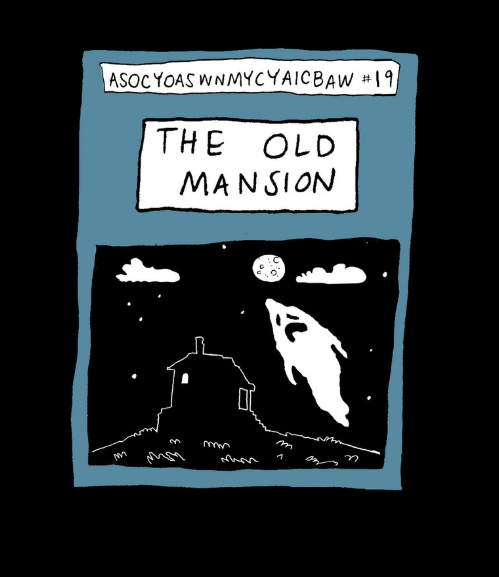 Okay, here's a respite from all these unsettling and unnerving games. I'll admit it: I didn't mean to get so swept up by this Twine game from Luke Burns, but wow is it good. Isn't it good how you can just make a game if you want to? Amen for Twine, and Amen for this series of choose-your-own-adventure stories where (you guessed it) you are immediately killed by a werewolf no matter what you choose.

From all my (surface-level) searching, it seems that ASOCYOASWNMWYCYAIKW is Burns' first game. He prefers to spend his time writing for the New Yorker (we get it Luke! You're better than us!). It's a jewel of tongue-in-cheek humour, just the right amount of meta-snark, and still captures the pulpy fun of Halloween horror. If Luke wants to start devoting his time to Twine experiments and leave his cushy New Yorker gig, I'll cheer him on.

Every now and then, I stumble across a game that is so startlingly spectacular that I am rendered speechless. Soul Void is that kind of game. You play as a lost soul, who has somehow become trapped in a purgatorial series of swamps, towns, and meadows. In your attempt to escape (or move on), you encounter all manner of ruined souls, monsters, and helpless remnants of people. Despite the fact that the game isn't soundtracked (Kadabura cheerily suggests you provide your own lo-fi beats), it is fantastic: unflinchingly unnerving when it wants to be, funny when it needs to be, and moving when you don't expect it.

Soul Void is an absolute force, and I stayed up way past my bedtime to finish playing it -- the true cruelty being that a glitch ended the game for me. I am assured that this is a rarity, though the game was more than worth my time anyway. Soul Void was made using GBStudio, and is a two-ish hour game -- much longer than I typically source for this column, but I just couldn't stop playing. I hope you give it some of your time.