I am floored by the sheer number of indie games available at the moment. If you look, there's a game about nearly everything under the sun -- multipalyer kissing, packing up an old apartment, baseball lesbians, haunted empty MMO servers, Bitsy poems about the sea, and alien art exhibitions. If you have only ten seconds to spare, five minutes, or two hours, there's a free game for that. We are spoiled for thoughtful, considered, clever, and weird self-published games.

I consider it a great honour and a privilege to delve into the depths of itch.io (or Steam, or weird flash game aggregate websites, or wherever) to bring you fresh, free indie titles week after week. So, if you were looking for a swatch of indie games to take up your weekend, this post has 20 games tucked away in it.

half from Emma Kidwell 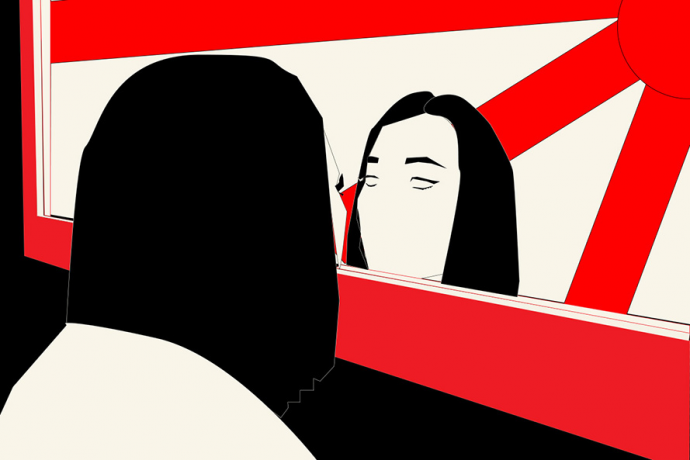 Kidwell's game explores the "complexities of identity and culture," compounded by being half-Japanese. half is a Twine game, and joins the ranks of other personal-memoir games I've loved in the past, like Nina Freeman's Freshamn Year and Jenny Jiao Hsia's and i made sure to hold your head sideways. Twine, in particular, has proven itself time and time again as a space/platform/engine for exploring identity (I think about Hien Pham's I'm Shirtless In This One, for example).

Kidwell's game is a moving series of vignettes and short mundane experiences where her being half-Japanese is put into sharp relief. Struggling with a language's grammar she half-remembers, or frustrated resentment for her not-Asian-enough features (including feeling resentful that she feels resentment in the first place). It's a beautiful look at a complicated, and often messy, part of identity.

My New Roommate is a Void Monster!! from Emma, Dumpling Squid

My New Roommate is a Void Monster is a bitsy game about the special hell of college roommates. I'm sure there are some people out there who have success stories about their randomly-assigned higher-ed roommates, but they are surely the exception which proves the rule. In My New Roommate is a Void Monster, you are tasked with interacting with your new roommate, who just happens to be a void monster. Their food takes up room in the fridge, they keep odd hours, and won't turn down their primordial shrieks. Ugh and it's all just so LIKE them, you know? The game is sweet and short, capturing the tentative and tenuous relationship between any college freshman and their roommate, a shapeless void ball.

Bitsy is truly a gift to all of us, and has been the platform-of-choice for a lot of the cleverest and most affecting games I've played. Molleindustria's A Prison Strike, for example, about prisoner's striking for fair wages, better conditions, and just sentencing. Cephalodpodpunk's Time for some Bullshit Fish Names ranks, a foray into bullshit fish names, as does Pol Clarissou's moss as texture as space folding into itself, where you are some sphagnum moss. 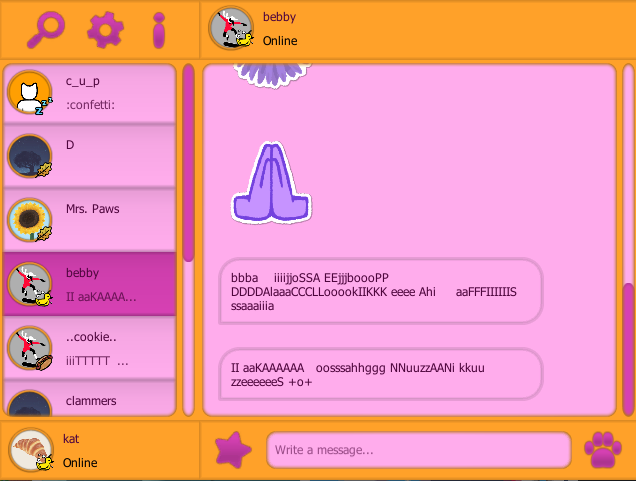 Chat games are so important to me -- I think it comes from when I was a kid, talking to AIM chatbots like SmarterChild with my friends. I think that this nostalgia for pop-out window IMing isn't just me -- games like Emily is Away and chat with me harken back to that era of away messages.

In x_purrsonline_x, from two-person Moscow studio lowpolis, you get to chat with cats. That's right, cats. What more could you ask for? The cats don't have a whole lot to say -- mostly they seem to walk across their own keyboards, interspersed with potato emojis and the occasional "lmao." It remains comforting, however, to keep the chatbox window purring away in the corner of my screen, waiting for some cats to write me back.

There is nothing I admire quite so much as a game that knows exactly what it is. In Pineapple Pipeline: Infinite Skater Dreams, you are the titular Pineapple, endlessly cruising down this wild half-pipe we call life. I've devoted the past decade of my life to analysing games critically, and to be quite honest, I don't know how I'd maintain my sanity without games like this. Pineapple Pipeline: Infinite Skater Dreams is not going to try to be anything more than it is: you are a cheerful pineapple, just takin' a little cruise and I am obsessed.

In its joyful simplicity, I am reminded of games like Grace Bruxner's Fish Market, for example, or Noah Burkholder's Bird By Example. They are all masterful displays of being exactly what they are, and they succeed all the more for it. More games like this, please.