I know a game is good when I write down a to-do list with pen and paper. Games are great for goal-setting, but they're also great for goofing around and goalless, meaningful mindlessness. This is why I'm a big fan of roguelite games, which feel like endless loops of manageable tasks. Weirdly, the endlessness of them never really feels onerous. Instead of feeling frustrated with my failures, I view them as opportunities to try again. This is common rhetoric in games -- they allow us to fail, iterate, and try again -- but I rarely experience this feeling so acutely outside of roguelites, city sims, and resource management games. Rogulites comfort me in times of tumult! Worker placement soothes me! For the love of god, someone give me a farming sim to sink hours into!

Here are some games to get swept up in. May you find comfort. 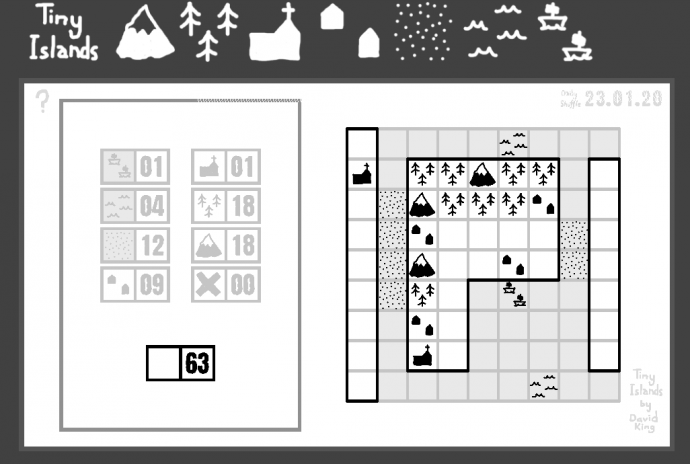 I'm a little late to the party on this one (Natalie wrote up the game over here). Tiny Islands came out late last year, but I only started playing it this week. Why did I wait so long? I hope, for your sake, that you've already given Tiny Islands a play. If not, then you're welcome. Tiny Islands is a card-based tile placement game where your goal is to map out a series of tiny islands and their topographies. It's very quick to pick up, but difficult to master -- and pleasing to look at. Truly, the holy grail of roguelites.

The Tiny Islands you create have specific rules: boats shouldn't be too close to each other; churches want to be near houses, but houses don't want to be near other houses; trees like other trees, and mountains like trees. At three separate points over the course of the game, you'll be able to draw lines around those tiles, to define your islands. The better you can strategically map out your island, the more points you'll accrue. I like to imagine the ways that the waves argue with each other, tides rising and falling against the shoreline, where a forest gives way to a small beachside church.

LVL Down from puddledock games 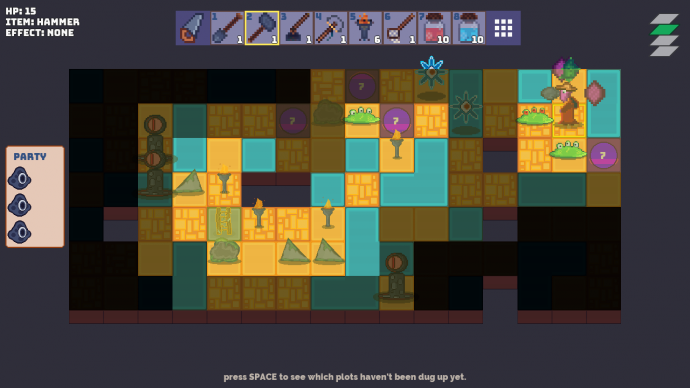 LVL Down is a roguelite where your goal is to get as deep into the earth as possible, where a boss waits for you to slay it. The problem is, of course, that both the door into the earth and the key to open that door are buried. And there are monsters trying to fight you. And the LANDSCAPE keeps changing. Ugh! Typical. Thankfully, LVL Down has a robust crafting system and encourages clever topographical strategy. It took me a couple of tries to fully get the hang of the hopping and timing and how to actually kill an enemy, but I kept trying until I figured it out -- and it was more than worth it. Like many "enemies move when you move" games, the rhythm you can fall into is meditative. Take it easy. Hop around a few times. Fail a little. You'll figure it out, too. 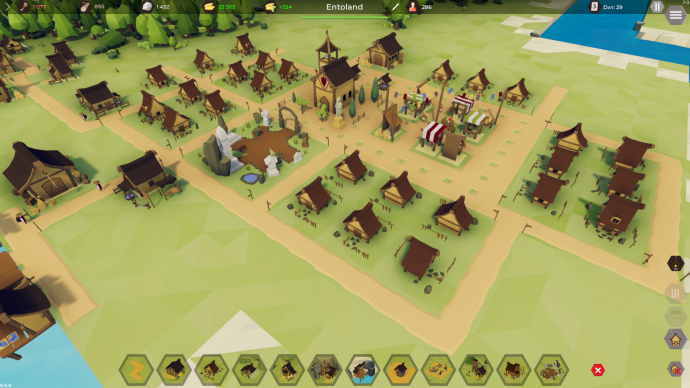 This game runs my life. It's honestly a miracle that this column even came out, and that I'm not still playing LowPolis. LowPolis is a beautiful little diorama of a city sim, where you must build a bustling city from its humble beginnings as a lonesome, standalone building. This is standard fare for most city sims, but developer Matek manages to set LowPolis apart with its simple design, attention to details, and slow pace. The game is lovely to look at, with cheerful low-poly folks hopping from place to little polygonal place. The little sheep in the sheep farm roam around, smoke puffs out of the bakery's chimney when bread is being made, and little fishermen sit on the banks. And the game moves slowly.

This last point is a breath of fresh air. Matek wrote that the game was designed specifically for "when you need a break or a chillout moment after playing fast-paced games," and it succeeds. I often find that the most exciting turns when I begin a city sim (or, indeed, a civilization sim) are the opening ones. Where will I begin my new empire? What is there to explore? The following turns almost move too quickly, and after a couple of hours I yearn for the pace and simplicity of the earlier turns. LowPolis scratches that itch, and I can't wait to see what else is in store as Matek add more features and levels (without, I hope, sacrificing the dedication to slowness!). 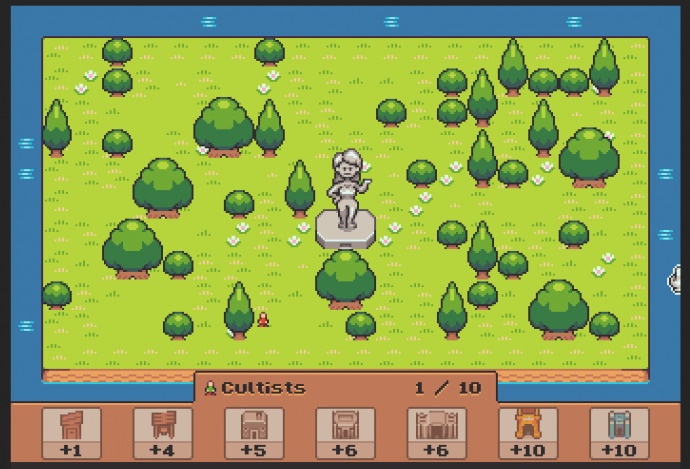 Idle Idol is a Cookie-Clicker-Like where I desperately tried to keep the trees. I really did. But sometimes you have to sacrifice something in order to pursue the greater satisfaction of a goddess appeased.