I know that Southern California is straight out of a horror movie because right now, this sliver of The Golden State is on fire. It's not the first time, and it probably won't be the last. I've seen ash rain from the sky, I've seen the sky turn ruddy browns in the middle of the day, and sometimes I think the very air is squeezing every last drop of moisture out of my skin until I turn into dust. It's a true hellscape, and yet everyone seems to just carry on. Folks call it fire season, for crying out loud.

The banality of SoCal horror is 35° and wildfires at the end of October, and I long for the cool, crisp Halloween autumns of my childhood. To get into the spirit of things, I have tried to conjure the very essence of Halloween with some of the scariest games available on itch. Brought to you via those games which the algorithms deemed "most popular," here there be demons, ghosts, jumpscares, claustrophobic hallways, and taxes. You've been warned. 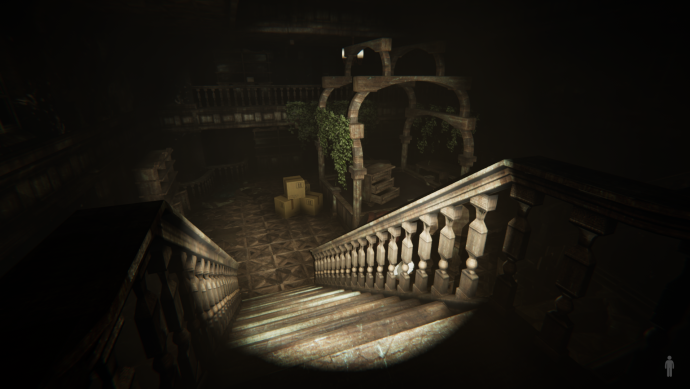 Escape The Ayuwoki rose quickly to the tip-top of the itch.io charts when it first came out and has remained there for some time, while I avoided playing it because I am a coward. The conceit is this: the game can hear you. Like, you you. Now, I'm typically a talk-through-my-fear kind of person (cast me as the annoying comic relief in your horror movies) so this is my personal nightmare.

The game was born from the darkest corners of creepypasta, and takes a pretty clear cue from the Amnesia/Clock Tower vein of horror: you have woken up in a dilapidated mansion with no memory of how you got there, something is relentlessly chasing you with every intention of giving you the jumpscare of your life, and all you can do is hide. But where the Amnesia games started to wear thin, Escape The Ayuwoki remains fresh and singularly terrifying. The game is updating constantly, and it's quite hefty -- a full gigabyte to download -- but I highly recommend giving this one a play with a group of friends. Just make sure they're the quiet type. 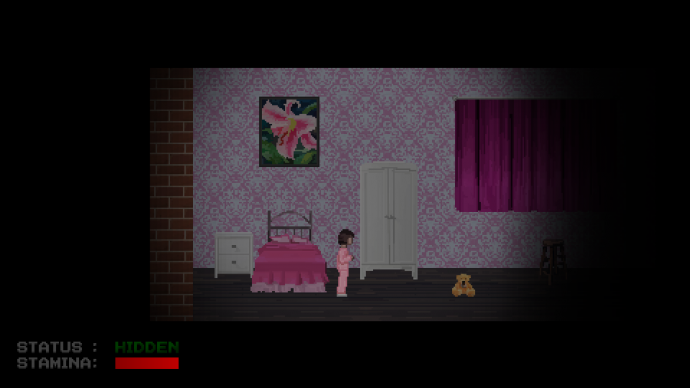 If you're after some more classic Clock Tower vibes, Mr. Hopp's Playhouse has got your number. From the 2D side-scrolling pixel-inspired stylings to the tasteful gore, Mr. Hopp brought me right back to 1995. The gist is this: you are a child (much like me in 1995), and your creepy stuffed rabbit has come to life to wreak havoc on your family and home (not like me in 1995). You must escape his clutches, and find your parents, by carefully dodging both the sentient rabbit's line of sight and the various noisy toys scatted on the floor throughout your house which might get his attention.

If the scares in Escape the Ayuwoki left you dying to scream without consequence, you'll find plenty of cause to scream about here. As the levels progress, Mr. Hopps gets bolder and the scares get scarier. I'll admit that I let out a yelp or two -- horror is, after all, the great equaliser. 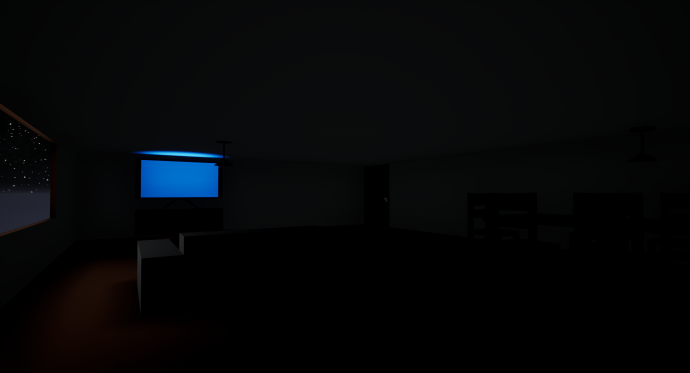 A bit slower paced than the others on this week's list, Seroutte stayed with me for significantly longer. It's a quick play, only a few minutes or so, inspired by a nightmare the developer had where they were unable to control their own voice. You get up in the middle of the night to get a drink of water and find that you can't stop coughing or making similar guttural noises. Nothing is chasing you, nothing will jump out at you, there's nothing lurking in the shadows. Just a peculiar sense of dread as you wander from room to room, coughing and sputtering in the darkness. Stars drift by just outside the window. 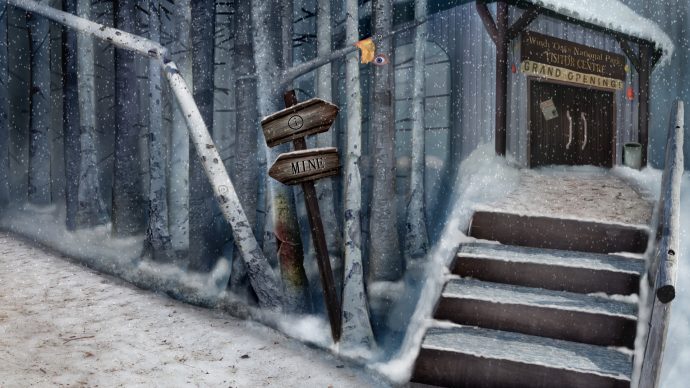 If you're jonesing for a Nancy Drew approach to horror (read: point-and-click adventure) rather than the Clock Tower, Amnesia, or sheer ennui sort, Shiver might be right up your alley. In the dead of winter in the year 1990, you find yourself stranded in a mining town after a car accident. Collect and combine items, explore the administrative offices, mine shafts, forests, and beyond as you try to escape.

Shiver hits just about every line item on the "Spooky mineshaft adventure horror game," list, and might give you flashbacks to Until Dawn, Alan Wake, or even Machinarium. The game is fun and low-stakes, takes about fifteen minutes to play, and can serve as a good palate cleanser after any high-octane jumpscares you may have unwittingly exposed yourself to.

A totally normal game about doing your taxes and absolutely nothing else.